How to Find Every Outer Worlds Companion 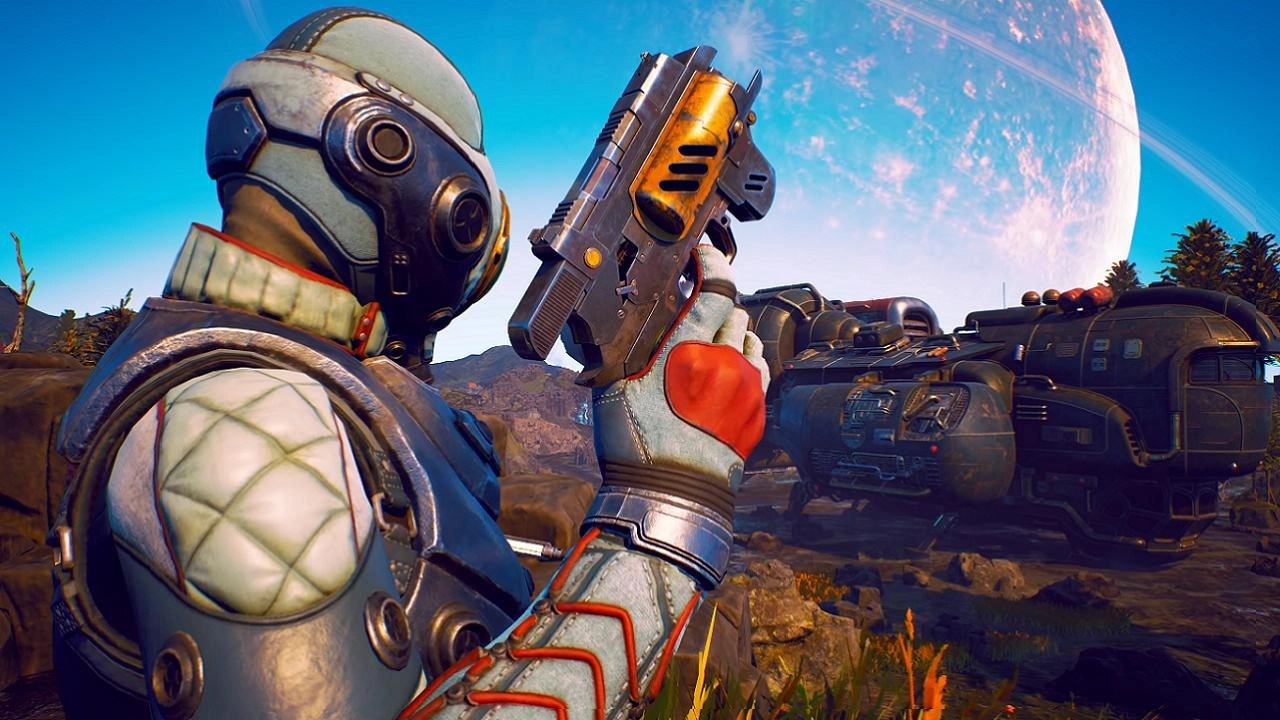 The companions in The Outer Worlds are scattered all over various locations around the game’s world. This means that you would have to scurry for them and level up to gain access to these companions to help you in quests. This article explains how to find every Outer worlds companion.

Companions, like yourself, have their own Outer Worlds weapons and armor, as well as granting boosts and a unique combat ability unlocked if your inspiration skill is at level 20. Outer World’s companion’s extras mean you’ll be able to select new skills from a bonus table, each distinct to that companion. Here’s where you can find each of the companions in The Outer Worlds and what you’ll need to do to win their loyalty.

All The Outer World’s Companions

We have compiled the list of all the outer world companions here on. Feel free to browse through and learn their secrets

Don’t miss: Destiny 2 Guide: How to get the Lumina and Rose Hand Cannons 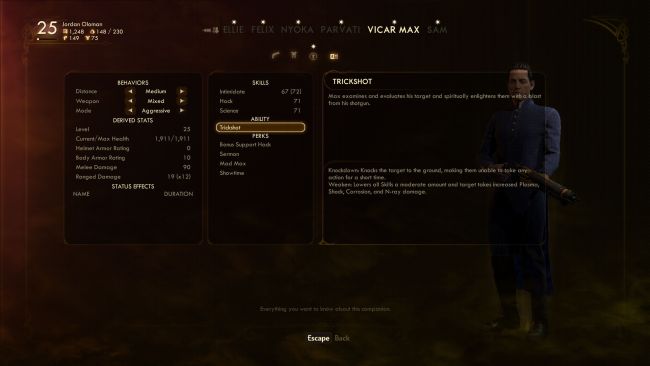 Usually, Vicar Max could be the first companion you meet on your quest. He is based in the Emerald Vale Church in Edgewater. If you engage with the town’s people, they’ll make reference to a practicing vicar and his conventional ideas.

Once you’ve engaged Max, he asks you to find a book in Emerald Vale, an ancient text he’s desperate to find. It’s easily signposted, but bring some good weaponry as there are a number of beasts that prowl in the area. Once you deliver the text Max heads to your ship, The Unreliable, and will be available for use once you wrap up your business in the first hub.

Max improves your hacking skills and his ability, Trickshot, fires a shotgun blast at any given opponent, accompanied by a clever joke. The blast applies Knockdown and Weaken to the enemy, so you can wail on them while they’re immobile.

Sam is ever-present on the top deck of your ship. His abilities include cleaning, servicing, and maintenance of the Unreliable. Sam also increases your bonus stats to intimidate and also hack when enabled. You’ll need to collect parts to fix Sam up. 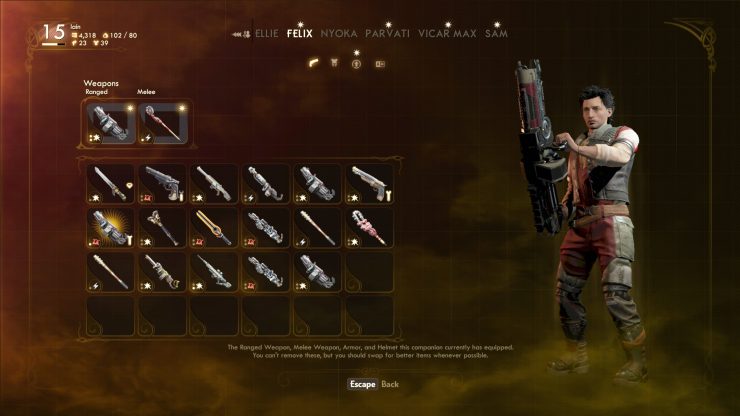 Felix is an interesting character; he’s a deviant, anti-establishment gentleman who comes to your attention on The Groundbreaker. While you can talk to the Market about his incident report, you’ll most likely see him when you’re leaving to go elsewhere in The Outer Worlds:

Felix emerges at the door to your ship and begs you to let him join your crew. Being the persuasive kind, all you have to do is say yes to get him on board. If enabled, Felix adds upgrades to your Persuade skill and also deals heavy damage to cowardly enemies making him the right choice for an anti-Board speech build. He has the craziest dropkick that throws both legs in the air and rams in on enemies, weakening them and destabilizing them.

Don’t miss: How to Tame a Fox in Minecraft 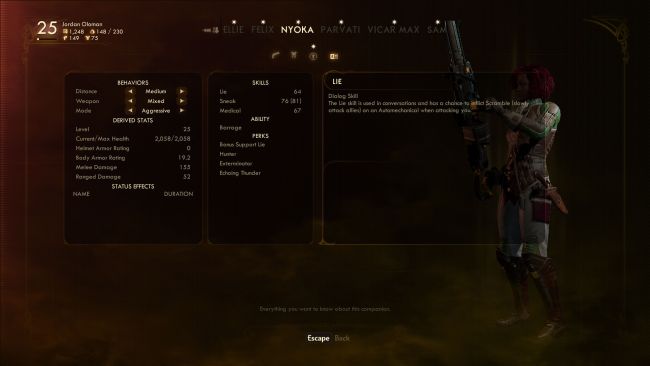 Nyoka is a famous drunk who is known for his hunting skills. He is usually at the local dive near the Stellar Bay Landing Pad. The only way to add Nyoka to your crew is to sober her up. There are two ways to do this, you either speak to her carefully or you give her the Caffenoid pill found in the MSI Dispensary.

Nyoka increases your lying skills, it is no surprise as she is a devilish liar. She’s also very sneaky. Her barrage ability deals considerable damage through her machine gun that sets enemies on fire. Barrage will rip through the armor rating of the affected enemies and deal serious burn damage. 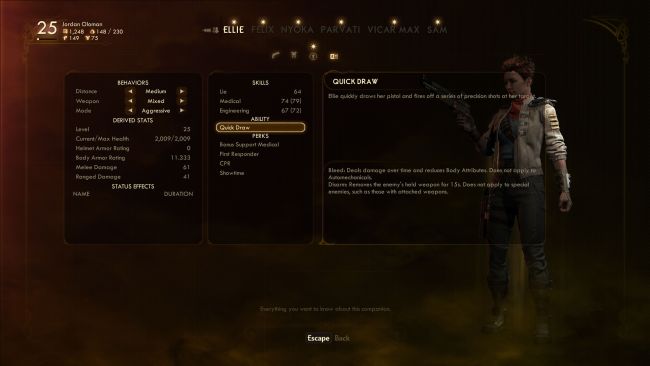 Ellie can be found at the Medbay on Groundbreaker but she’d be in debt. Once you help her clear her debt, voila she becomes dispensable to you. Her abilities lie in skillful engineering and medical bonuses plus an increase in telling lies 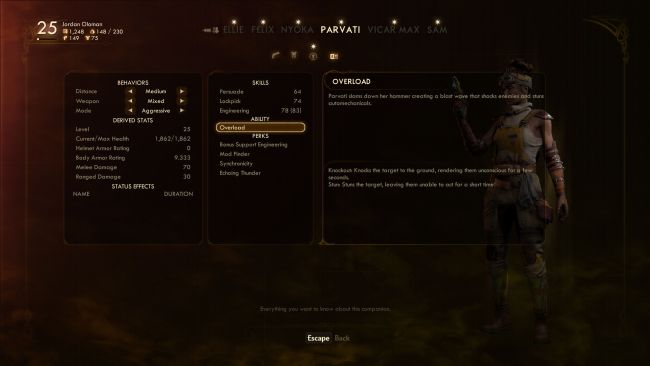 If the main story is all you are after, then Parvati would be the first companion you encounter. Beauty meets brains in this character.

Parvati will join your gang without any stress necessary, all you have to do is ascend to Reed Tompson’s office in the Edgewater Saltuna facility, where she’ll be conversing with the bowler-hatted miscreant. She’ll propose her services to you as you embark on a mission to find a power regulator, but will stay in your party indefinitely regardless of the result of the mission. Her abilities include enhancing your engineering skills and increasing your chances of finding loot.

Parvati’s character ability is known as Overload and is one of the most intriguing in the game. She leaps into the air and slams down her hammer, applying Stun and Knockout to the enemies in the blast radius. It’s fantastic for immobilizing dangerous mechanicals and will save your life on multiple occasions if used correctly.