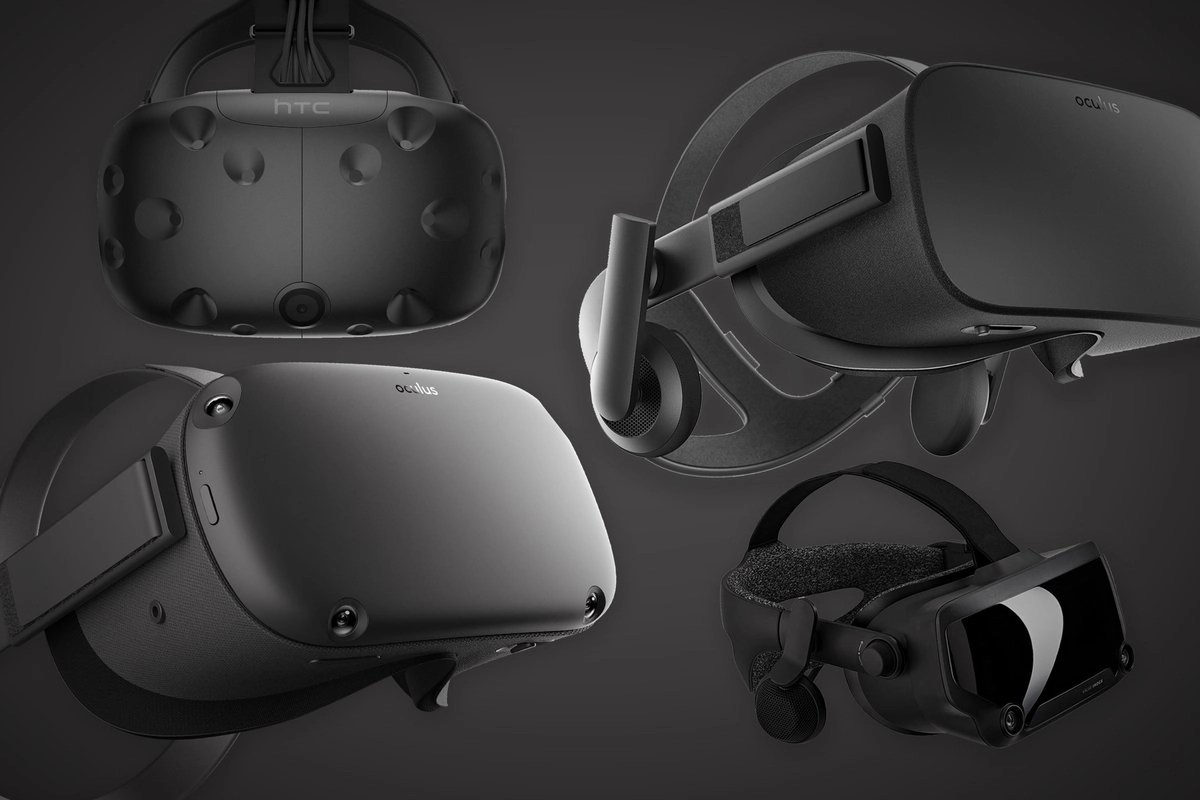 With a headset and motion tracking, VR lets you look around a virtual space as if you’re there or play a game as though you’re really in it. In this article, we will highlight the best VR Headsets for 2022.

Modern VR headsets are in two categories: tethered and standalone. Tethered headsets like the HTC Vive Cosmos, PlayStation VR, and Valve Index are physically connected to PCs, or in the case of the PS VR, a PlayStation 4. Unfortunately, the cable makes them a bit unwieldy, and putting all of the actual video processing in a box you don’t need to strap to your face directly means your VR experience can be a lot more complex. But the Standalone headsets offer the greatest physical freedom by completely removing the cables and not requiring any external device to handle the processing.

If you’re looking for a VR headset that doesn’t need to be wired up to an expensive PC and offers a lot of movement and freedom, the Quest 2 is the best VR headset for you.

At $300 with nothing else needed, the Oculus Quest 2 delivers virtual reality games and an immersive VR experience anywhere. It’s faster, smaller, cheaper, versatile, fun, and more comfortable to wear than the original Quest; it takes mere seconds to start up and fits well over glasses. The standalone VR headset has self-contained motion tracking and a full-motion six degrees of freedom (aka 6DoF) VR controller that is the same as the ones on the PC-required Oculus Rift, plus a surprisingly great high-resolution display and built-in speakers. Apps are downloaded right to the standalone headset’s onboard storage. Its more limited mobile processor still plays games such as Beat Saber, Moss, and SuperHot VR exceptionally well, and it can even connect with a PC if you want to, using a single USB-C cable.

To use Oculus Quest 2, you have to log in to Facebook. Facebook is making the Quest 2 its one VR headset going forward, discontinuing its PC VR headset, the Oculus Rift S, next spring. The Quest 2 is the best option over a Rift right now, but also keep in mind that PC VR users have lots of other headset options. Read our Oculus Quest 2 review.

Don’t miss: What Is An IPS Monitor: Everything You Need To Know

This is HP’s newest VR headset win. If you’re a serious gamer, VR racing sim fan, or looking for the best image quality in consumer VR, this may be your best choice. Its lightweight, comfy headset also has fantastic drop-down speakers designed by Valve. HP Reverb G2 pricing starts at $650.

Technically, it’s a Microsoft Windows Mixed Reality headset that prefers to launch into Microsoft’s native Windows 10 VR ecosystem. Still, it bridges with Steam VR and works with those games and apps. Unfortunately, based on Microsoft’s VR controller design, the included controllers feel clunkier than the Oculus Touch or Valve Index controllers. Also, the over-ear speakers are your only audio choice; there’s no headphone jack.

Valve’s “knuckle” controllers are pressure-sensitive and can track all five fingers, almost like gloves. Unfortunately, not many apps make the most of them yet, but Valve’s hardware is mix-and-match compatible with the HTC Vive, built on the Steam VR platform. Unfortunately, it’s also not wireless, but if you already have some Vive hardware, you could add parts of the Index to mix and match.

It costs $999 if you buy everything you need for it to work. However, you can save some money by reusing your HTC Vive base stations, cutting the price to $749, or getting only the headset and providing your motion controllers and base stations for $499.

It’s a significant upgrade to the HTC Vive and runs much smoother than the Vive Pro, a powerful VR headset that struggled to deliver on the promise of high-end, room-scale VR. Also, setting it up can be painful, updates can cause connection issues, and you may find a new error the next time you use it. You’ll also need one of the best laptops for VR – this isn’t a standalone headset like others on this list.

Don’t miss: Valve Index Review: Everything You Need To Know

This is still the only head-mounted display for gaming consoles, and its screen still offers a surprisingly immersive experience. Even better, it’s often on sale for as low as $200, sometimes with games thrown in, too. In addition, it has consistently delivered excellent virtual reality games, many of them exclusives. So you need the PSVR and a PlayStation 4, and you can start playing.

Also read: How To Use Google Chromecast Without WiFi

HTC’s Vive Cosmos is the upgraded version of the Vive headset, boasting a higher resolution and replacing the external base stations with outward-facing cameras for motion tracking. As a result, it’s a wild-card pick for PC VR, the follow-up to 2016’s HTC Vive. The Cosmos has self-contained tracking like the Oculus Quest 2 and Reverb G2 and also has swappable faceplates that will add more cameras for mixed reality and external sensor tracking for larger holodeck-type experiences. With it, you can mix and match Vive and Valve Index accessories.

Like the Oculus Rift, the Rift S works with a PC to deliver virtual reality experiences. It connects to your PC over a USB 3.0 port and a DisplayPort connection. It is tethered to the machine by a lengthy cable that’s more than enough to accommodate the ‘room-scale experiences that Rift S can deliver. On the other hand, it’s more limiting free movement than the superb wireless Oculus Quest. Still, the trade-off here is that it’s capable of powering more detailed and dynamic experiences by being powered by your PC.

It’s easier to set up, potentially more comfortable to wear, has a much more robust games library than it did at launch, and has an improved resolution. But unfortunately, Oculus has had to sacrifice greater audio and refresh rates to do that.

What Happened To Phone-Based VR?

Phone-based VR used to be common, with Google Cardboard and the Samsung Gear VR letting anyone with a compatible phone get a VR experience for under $150.

Since the arrival of the Galaxy S9, Samsung hasn’t updated the Gear VR. You can still find cheap shell headsets, but the software ecosystem and support for these are almost nil. So, for now, phone-based VR is effectively dead.

As mentioned earlier, choosing the best VR headset for you will mostly depend on the price, the platform, and preferences. At the moment, the four best VR headset ranges on the market are the Valve Index, HTC Vive, Oculus Quest 2, and PlayStation VR. However, each of the best VR headsets has its unique strengths and weaknesses, so you should study them well before purchasing.

Also read: What You Need To Know About PCIe SSD

Which Are The Best Augmented Reality Headsets?

But possibly, very soon, you’ll be able to get one of the best augmented reality headsets for casual use in your home, just like the best VR headsets in our list above, because major tech brands are currently pumping a lot of time, energy, and resources into new AR offerings.