What is an IPS Monitor? Everything You Need to Know 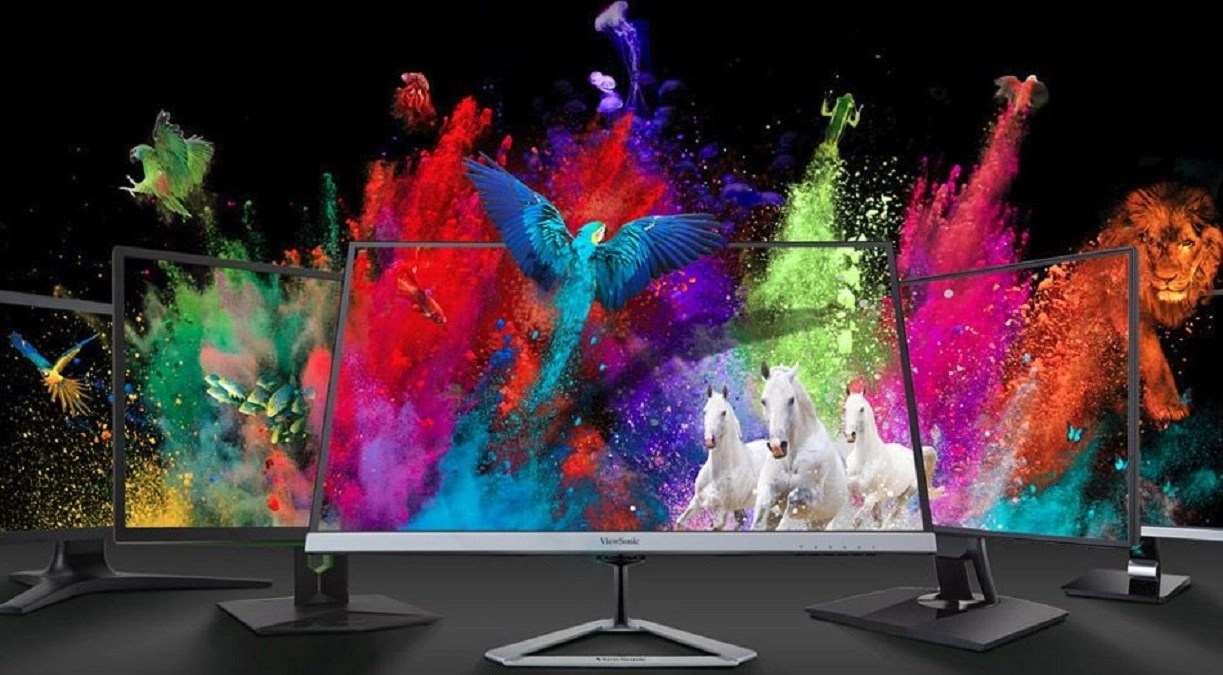 To understand the basics of how what an IPS is and how it works, there are certain notions that one is expected to perceive at first. One of such is the concept of LCDs Technology. This guide explains what an IPS Monitor is and also highlights its advantages and disadvantages. 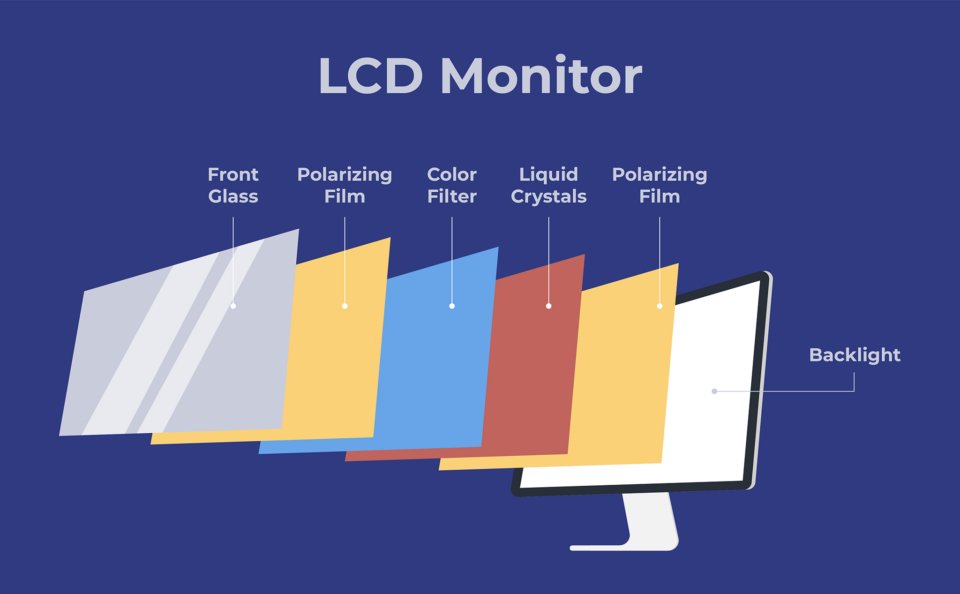 LCD which is an acronym for “Liquid Crystal Display” is a really complex line of technology but there are four basic mechanisms behind the whole vast technology of LCD. These are;

Firstly, we explain by analyzing how the two polarizers work:

The whole concept works simply by putting the two polarizers on top of each other, it becomes opaque (no light passes through). This happens when the second polarizer is flipped and then rotated perpendicular. But when the polarizers are rotated to be parallel, it becomes transparent. This is how various neutral density filters work.

Next, we see what the crystals suspended in the special liquid do:

LCDs don’t actually rotate the two polarizers. That would be ridiculous since both are large sheets the size of your monitor – and they would need to be rotated on a pixel-by-pixel basis for any image to appear. Instead, they do something clever: this is where the crystals in special liquid come in. a voltage is applied to the crystals to enable them to change their positioning.

By default, the crystals in this layer are oriented in a particular way that either rotates light from the first polarizer or doesn’t (it depends upon the monitor technology). Here’s the key: When voltage is applied to the crystals, they change their orientation to rotate light in the opposite of their resting state.

This is where light and dark pixels come from. A single backlight shines through the whole panel, and your computer applies a voltage to individual parts of the monitor. This changes the orientation of crystals suspended in the liquid.

Depending upon the monitor technology you’re using, this change in orientation leads the light to rotate and pass through the second polarizer unimpeded – or to be blocked by the second polarizer instead. By putting color filters over each pixel (red, green, or blue – RGB) and making the pixels small enough, the monitor can then give the appearance of full color by varying the voltages applied to each part of the LCD.

The specific type of LCD panel affects many different aspects of screen performance including:

Different panel technologies offer unique profiles with opinions on the best type of LCD being subjective and based on personal preference. The reason for this is that none of the different monitor panel types as they are today can be classified as “outstanding” for all of the attributes mentioned above.

It is imperative to note that IPS monitors are 1 of the 4 main panel types; other monitor panel types are TN, VA, and OLED.

What is an IPS Monitor? 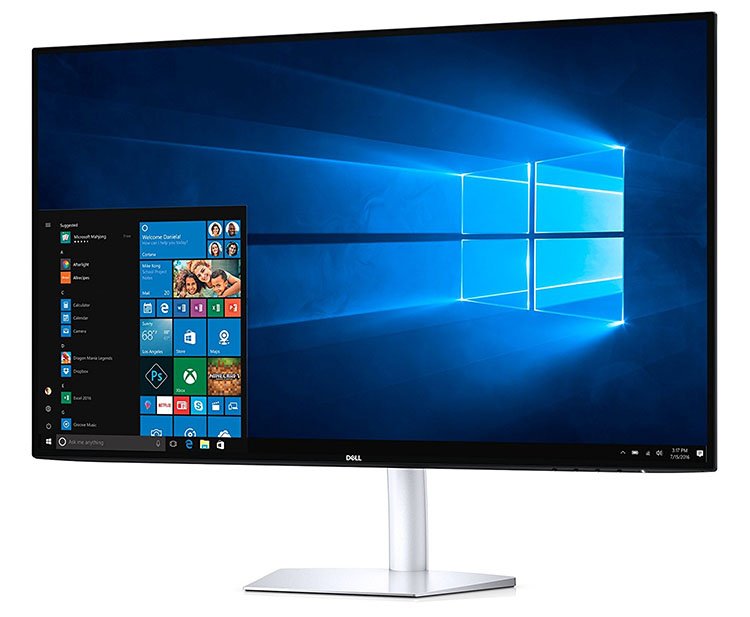 IPS is a panel technology used in LCDs (liquid-crystal displays), including many computer monitors and phones. It stands for “in-plane switching.” Today, IPS technology is more commonly found in higher-end screens, although some inexpensive monitors with IPS panels also exist.

Photographers, artists, and graphic designers often prefer these monitors because – among other reasons – they give consistent colors at a wide range of viewing angles. They also allow for more accurate color reproduction in the first place. Often, you will see monitors with IPS panels referred to as simply “IPS monitors.”

The big deal with IPS monitors is color. If you care about color accuracy – not just coming close to getting things right, but absolute color precision as much as possible – IPS is the way to go. That’s the case for a few reasons:

Arguably the biggest advantage of IPS monitors is that they look consistent at a much wider range of viewing angles.

TN panels are pretty bad in this respect. If you look at the monitor from the top, bottom, or sides, the colors will start to change, and may even invert completely! The screen also changes in brightness as you move, sometimes even small movements. This can make it tricky to know when you’re actually looking at the image how it is meant to be seen, leading to inconsistencies if you’re working with photos or other digital art.

IPS monitors aren’t totally perfect in this respect – they also can change when viewed from the sides – but they’re much better. It takes far more extreme angles for IPS panels to shift colors dramatically; typical IPS monitors claim about 178 degrees of viewing freedom in all directions (though you’ll still want to be centered to minimize whatever shifts there may be).

IPS monitors have another major benefit over other options on the market: They can reproduce 8-bit color (256 shades of each primary color) naturally, without blending 6-bit colors (64 shades per primary color) for the same effect, as TN monitors generally do. To define it precisely, they can achieve 8-bit color, or sometimes more, without dithering. Dithering means that your display places two “almost correct” pixels adjacent to one another to give the illusion of correct color.

The actual question, though, is whether we’re capable of seeing the differences. Although that depends upon the particular monitors in question, it certainly can be visible in some cases, particularly in gradients of color. 8-bit monitors simply tend to look smoother. But keep in mind that this varies on a screen-by-screen basis, and you may find some 8-bit IPS monitors that also have bad color gradients.

Don’t miss: Explaining What Wireless HDMI Is And Why You Need It

If you want to display a larger subset of colors (gamut), IPS is the way to go. Although there are no monitors on the market capable of displaying the entire gamut of colors humans can see, good IPS panels get you closer than others.

This is the information you’ve probably heard if you see a monitor advertising “100% of sRGB color space” or “98% of AdobeRGB colors space” – they’re referring to the subset of colors that they can display. A larger gamut is preferable since it increases the range of colors it can display accurately from your photos (yes, most monitors can’t display all the colors in your photos).

Different screen manufacturers advertise their “contrast ratio” for a particular display – something like 1:1000. Those numbers aren’t comparable across brands, and they don’t really matter when you’re buying a monitor. However, that doesn’t mean the concept of contrast ratio is useless.

Monitors with better contrast ratios let you discern more details in the dark region of the display, with more tonality in the shadows. This is a big deal for photography and graphic design, where you may be dealing with subtle differences in dark regions of the image.

IPS monitors almost always have better contrast ratios than comparable TN panels, even though newer TN panels are catching up. And the third type of display, VA monitors, often have the best contrast ratios of all (again, why they’re so common for televisions) – but they aren’t generally as good for color accuracy, so photographers tend to stick with IPS instead.

Also read: Explaining What USB Type-C Is And Why You’ll Want it

In the past, response time and contrast were the initial weakness of IPS technology. Nowadays, however, IPS monitor response times have advanced to the point where they are even capable of satisfying gamers, thus resulting in the rising popularity of IPS monitors for gaming.

With regard to gaming, some disapprovals of IPS monitors include more visible motion blur coming as a result of slower response times, however, the impact of motion blur will differ from user to user. In fact, mixed opinions about the “drawbacks” of IPS monitors for gaming can be found all across the web.

Examples of Users with the Best Uses of IPS Monitor:

If you fall under any of these users’ categories, then IPS Monitor is the best choice for you.

Which Devices Have IPS Panels?

Right now, many products on the market have IPS panels, and the number is only growing. For example, most Apple products today include them, from phones to iPads to laptops. Although there are many reasons why companies want to produce IPS displays, the most important is simply screen quality.

However, this doesn’t mean that all screens, or even a majority today, are IPS. Standard desktop computer monitors tend to have less expensive TN panels instead (“twisted nematic”). And televisions often have VA monitors (“vertical alignment”) which can display dark tones with more detail. In short, although many displays on the market are IPS, it is not the only technology available.

In summary, the user is actually the main determinant of the type of LCD technology he uses. The varying in uses and users is a wide contrast of choices. So, we hope this article has shed enough light (pun intended) on the IPS monitor as a prudent choice for your PC.