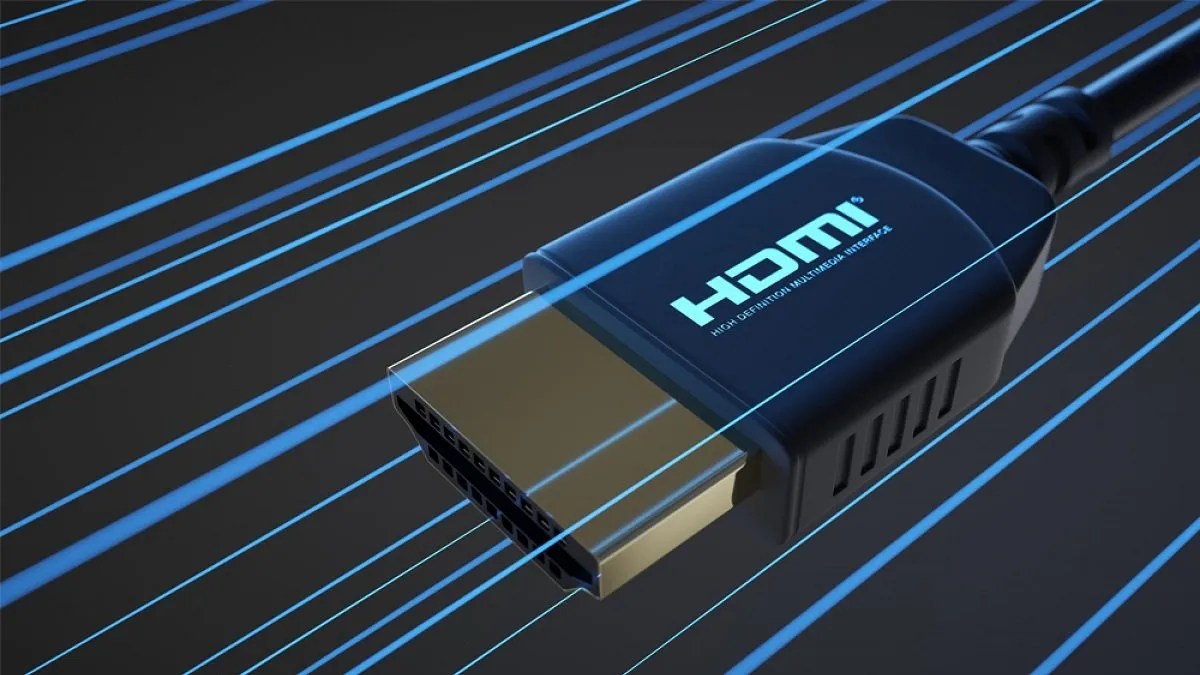 HDMI 2.1 is a game-changer, quite literally. It allows you to pass more information from game consoles, AV receivers, and the like. But, of course, we all know good old HDMI. It has been the typical cable you use to connect a laptop, a game console, or a cable or satellite box to a TV for quite some time. This walkthrough will show you why the HDMI 2.1 Tv new cable standard matters.

When High Definition Multimedia Interface (or HDMI) first arrived on the scene, it shook the AV industry. It put an end to bulky SCART connectors and other confusing component video cables. Instead, HDMI offered high-definition video, plus a connector that was just a little bigger than a standard USB plug.

The Basics: Versus DisplayPort

Before we dive into the specifics of HDMI 2.1, let’s take a look at DisplayPort, HDMI’s main rival for carrying a cutting-edge display signal these days. Both connections provide audio and video over a single cable, though each has its focus area. HDMI is the home entertainment go-to for TVs and game consoles, while DisplayPort is a more common choice for connecting to PC monitors. Though you can use HDMI for that, the choice depends on which one works best for your specific usage case.

Don’t miss: What is USB Debugging Mode for Android and How to Enable it?

How to Identify An HDMI 2.1 Device

Because a device has an HDMI 2.1 port doesn’t mean that it supports all HDMI 2.1 features. A device can support just one of them and still be advertised as an HDMI 2.1 device. Therefore, it pays to check with the device vendor regarding which specific HDMI 2.1-relevant features are supported. And remember, both your source and your display must support a given HDMI 2.1 feature for it to work.

How to Identify an Ultra High-Speed HDMI Cable 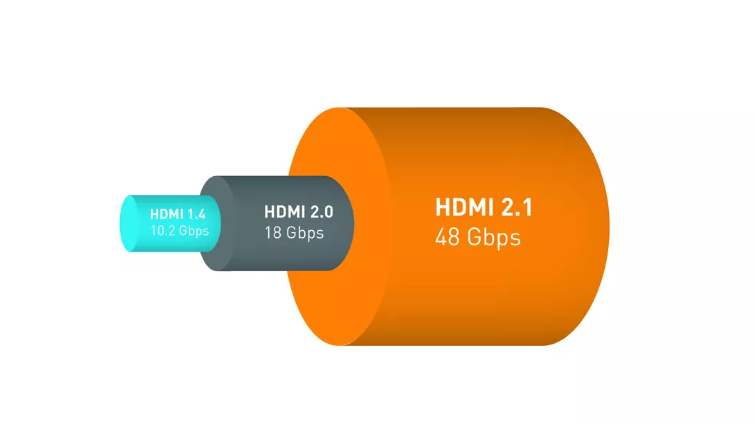 HDMI 2.1 generally requires a new Category 3 cable, marketed as an “Ultra High Speed” HDMI cable, supporting 48Gbps of bandwidth. However, an HDMI 2.1 device can still work with an older Category 2 (18Gbps) cable, though it will not support all HDMI 2.1 features, notably 4K120.

Also, HDMI’s licensing forbids HDMI cable from being advertised with an HDMI version. For HDMI 2.1 support, look for the “Ultra High-Speed HDMI” name on the box or download the app you can use to verify that an Ultra High-Speed cable is genuine and scan the QR code on the box. The app is available in an Android version and an Apple iOS version. 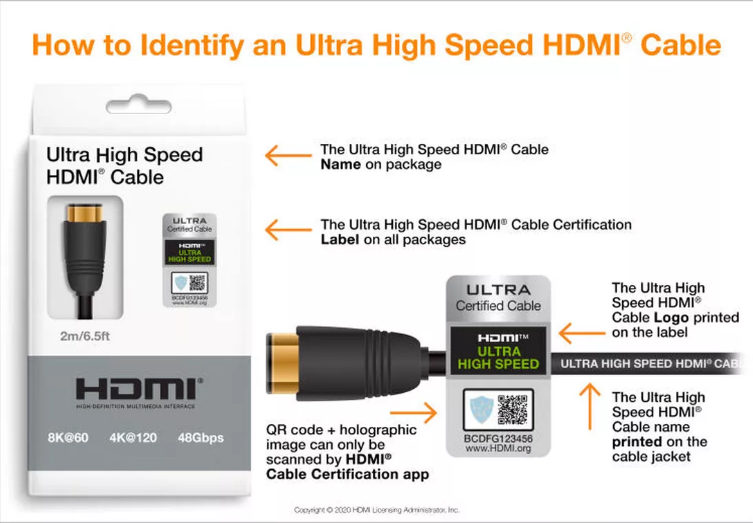