What You Need To Know About PCIe SSD 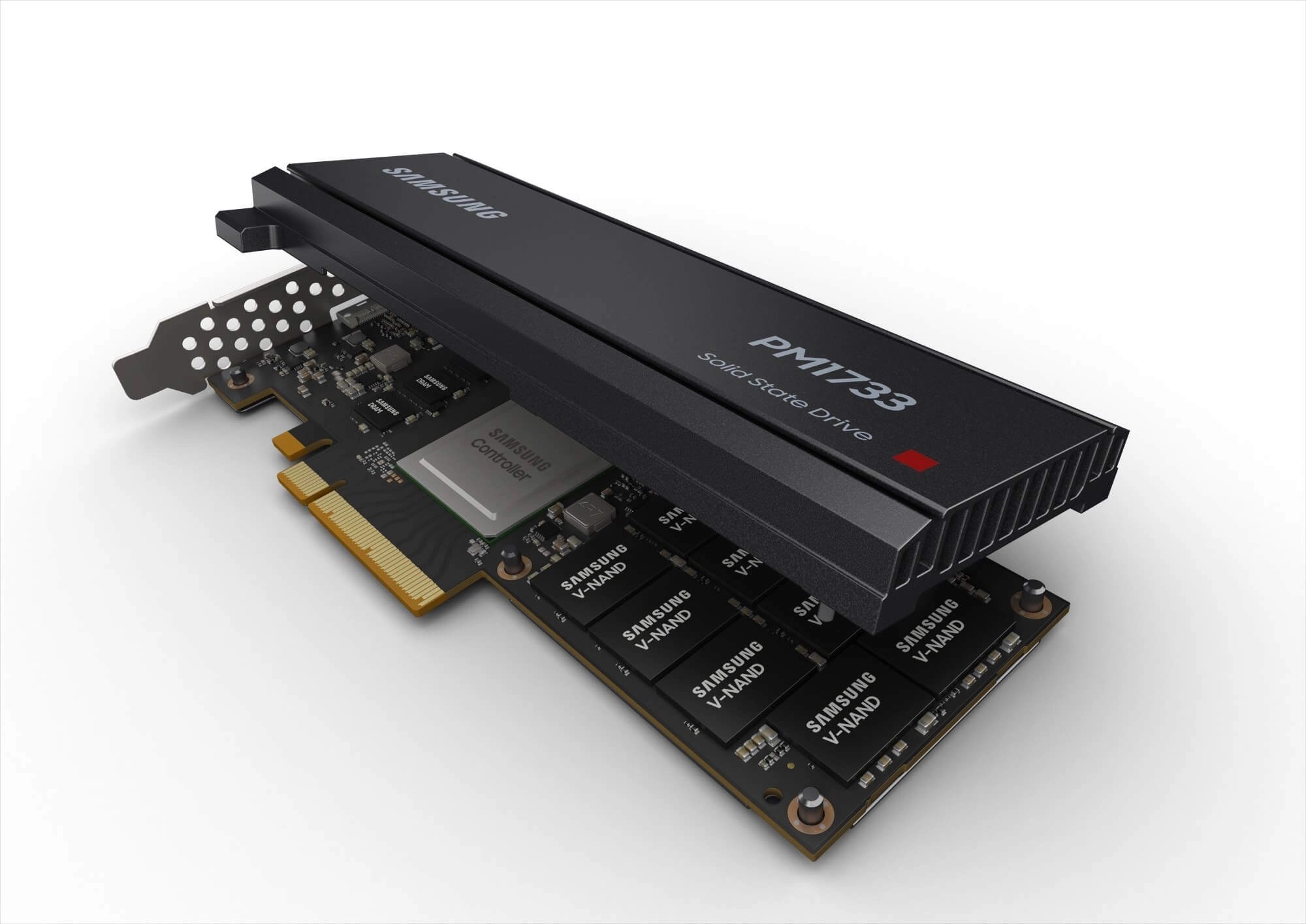 A PCIe SSD (PCIe solid-state drive) is a high-speed expansion card that attaches a computer to its peripherals. PCIe, a Peripheral Component Interconnect Express, is a serial expansion bus standard. In this tutorial, we will be explaining everything you need to know about PCIe SSD.

PCIe slots can have different sizes based on the number of bidirectional lanes connected. As a result, PCIe SSD storage is an alternative to a server-side flash deployment.

It also serves as the underlying transport layer for data on graphics cards or add-in cards. PCIe SSDs integrate flash directly on a server motherboard.

Each PCIe device connects to the host through its serial link, eliminating the need to share a bus. In addition, the point-to-point architecture lowers latency and boosts data transfer speeds between a server and storage.

How Much Faster Is A PCIe SSD?

The current iteration of SATA is SATA III. It supports a theoretical top speed of 6 Gb/s, about 600 MB/s of data transfer.

Don’t miss: What is MU-MIMO And Why Do I Need It On My Router?

If the board is a PCIe 3.0 board, you must factor lanes. This is because PCIe connections are split into lanes. There are usually four-lane, eight-lane, and 16-lane sockets, and you can identify these by size on the board.

The large 16-lane ones are where a graphics card is plugged in.

That’s a high amount of speed for a hard drive. Of course, a usual PCIe SSD more likely uses four or eight lanes, but the potential is still better than SATA.

Those numbers are theoretical and not what your practical performance will look like. Of course, if you look at real SSDs, the speeds advertised are more grounded, but the benefit is still evident.

M.2 was designed to provide an interface to allow SSDs to use a PCIe interface without interfering with or taking slots from more typical PCIe devices like graphics cards.

M.2 is also common in laptops because it usually lies flat into the motherboard, taking up little space.

Don’t miss: Apple Trade In Program: Everything You Need To Know

NVMe is a protocol designed specifically for PCIe hard drives to allow the drives to communicate quickly. The goal of NVMe is to get SSDs to behave more like RAM because RAM uses similar technology and moves faster than SSDs.

As previously discussed, PCIe-attached SSDs avoid the bottlenecks associated with SATA or SAS-attached SSDs. In addition, the number of PCIe lanes per SSD determines the speed of data transfer.

A 16-lane device built on the PCIe 3.0 specification can support approximately 32 gigabytes per second. By contrast, SSDs built with a SATA III controller provide a maximum transfer rate of 600 megabytes per second.

SATA SSDs have much better hardware capabilities, but they have worse relative performance. While it offers speeds of 600MB/s, it is not nearly as fast as the speeds offered by PCIe SSDs.

PCIe is likely the most efficient option if the maximum performance for frequent file transfers is needed. However, if budget is a concern, SATA is much more cost-efficient as it tends to be the cheaper option.

Also read: How To Easily Connect Your AirPods To A MacBook

The PCIe multipurpose bus carries varied data to the processor. Despite its inherent performance benefits, PCIe SSDs have a higher cost per gigabyte than traditional SSDs.

The lack of standard storage commands is another drawback. PCIe SSD device makers are required to write and qualify a custom software driver for operating systems.

PCIe SSDs also tend to have a much shorter battery life. However, if an individual is browsing the web, sending emails, or doing something that may be CPU or RAM intensive, they may not notice much of a difference between SATA and PCIe SSDs.