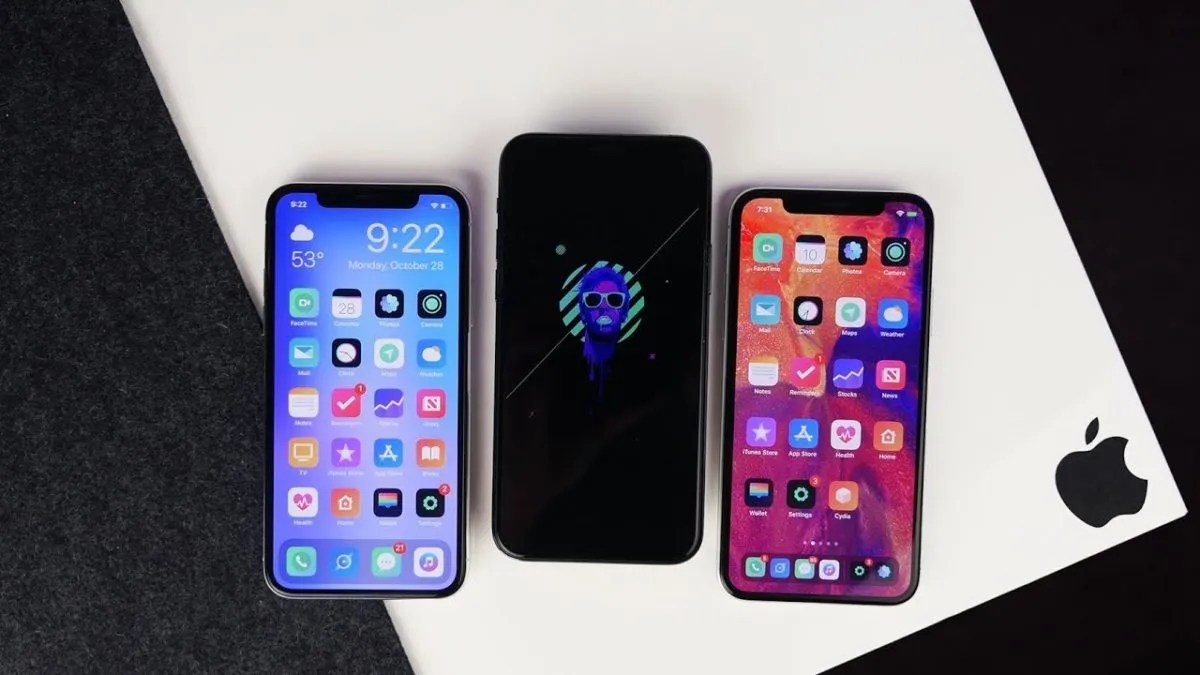 Suppose you’re an iPhone user who wants to escape Apple’s restrictions set in place; jailbreak your iPhone. After jailbreaking your device, Cydia tweaks are the easiest way to open yourself up to the endless possibilities of customization features. This includes custom themes, icon designs, wallpapers, and an endless list of specialized apps.

These features are all distributed through a mobile package manager known as Cydia. Cydia is essentially an unofficial AppStore that allows users to find and install apps that are not authorized by Apple, enabling them to tweak the look and feel of iOS.

Cydia is a highly specialized platform that has been built for the distribution of software where any user can get or download ‘tweaks’. These tweaks then upgrade the general functioning of your iOS-powered device, taking its capabilities to a whole new level in several ways. Themes of all sorts for instance, as well as sounds and ringtones, wallpapers, and smart Cydia apps, can be downloaded on your iPhone, iPad or iPod device; making it a lot like the iTunes App Store.

To help you out, we have compiled a list of the top 30+ best Cydia Tweaks for iOS 14. Let’s dive in.

We will go through some of the most useful Cydia tweaks made to date to customize your iPhone to your heart’s content. 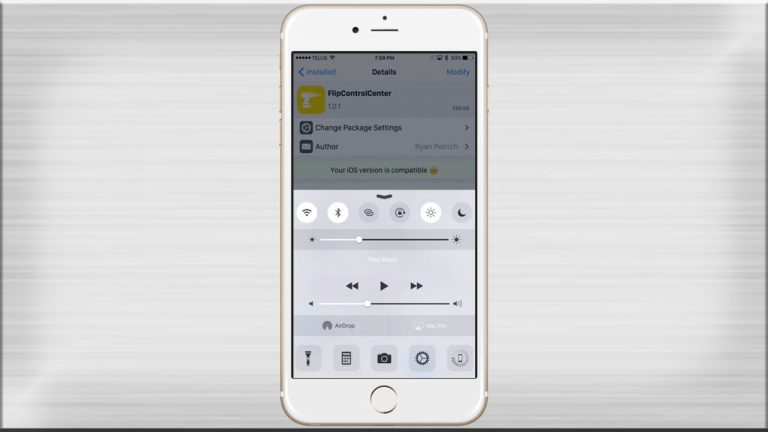 FlipControlCenter is a Cydia tweaks compatible with iOS 10.2 Jailbreak. The default Control Centre in iOS is quite limiting, and, shockingly, Apple doesn’t allow you to add/remove custom toggles. FlipControlCentre brings this much-sought feature to jailbroken ios devices with the ability to add/remove/rearrange new toggles, including Cellular data, Low power, and Personal Hotspot.

You can also add/remove/rearrange apps in the bottom pane of the Control center. It also adds some neat options for customizing the number of toggles on a page based on device orientation. 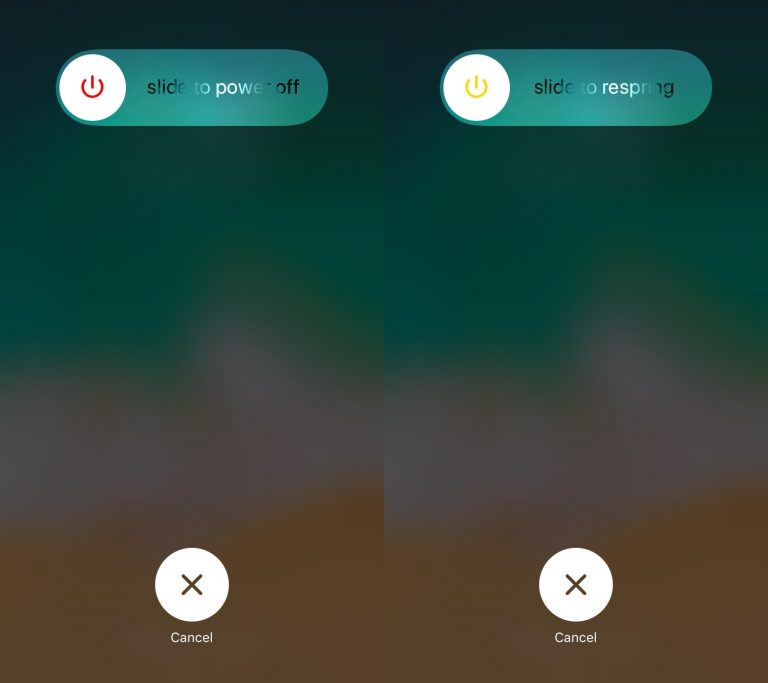 PowerDown is a Cydia tweak compatible withiOS10.2 Jailbreak. By default, the “Slide to Power Off” option is only shown by the iOS shutdown menu. You can restart your iPhone by pressing the Home and Power button simultaneously, but it isn’t the most convenient solution.PowerDown adds three new sliders below the regular “Slide to Power Off” – Reboot, Respring, and Safe mode.

The Respring option restarts the Springboard and is typically useful while installing/removing new tweaks from Cydia. Finally, the safe mode option can be useful to troubleshoot issues you may have with a certain Jailbreak tweak.

Don’t miss: How To Install And Update Kodi On Your Devices

SugarCane is a useful tweak that puts percentages on modules in your control center, such as battery and volume indicators. Useful when changing the volume with the side buttons to get an idea of a numerical value associated with your volume level. 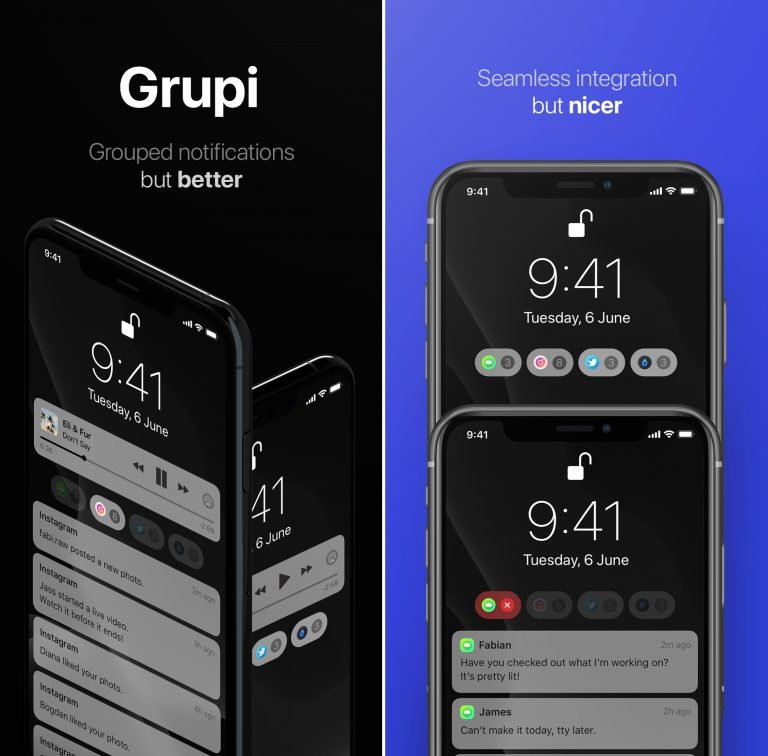 Grupi categorizes all of the app notifications into one. Allowing you to expand them by tapping on the icons. In addition, you can choose to hide the notifications by certain apps by holding down the icons and pressing the red ‘x’ that appears. 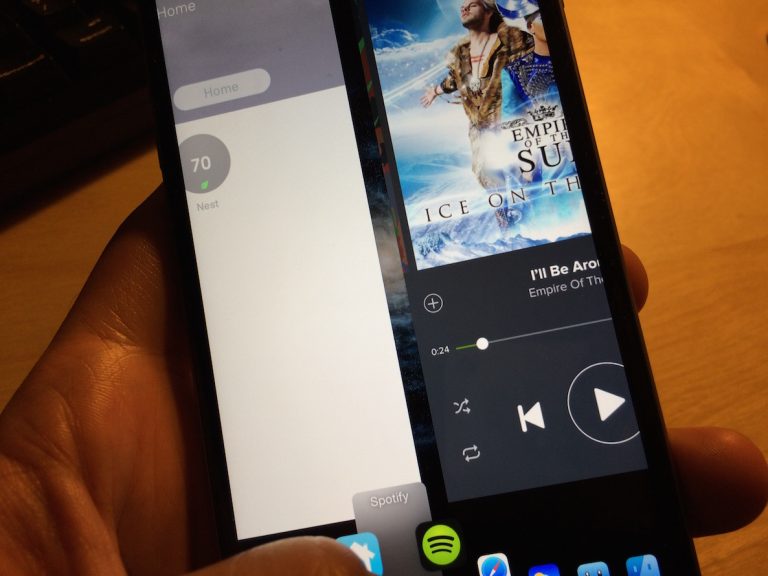 Auxo 3 is a Cydia tweak compatible with iOS 12 Jailbreak. It is used for multitasking. The three main features of Auxo 3 are namely Multi-Center, Quick Switcher, and Hot Corners.

Multi-Center transforms Control Center into an additional card like other apps in the Multitasking panel. Quick Switcher makes switching between recent apps easier by pulling your finger, and Hot Corners provides faster navigation between the app switcher, Home screen, and lock screen. 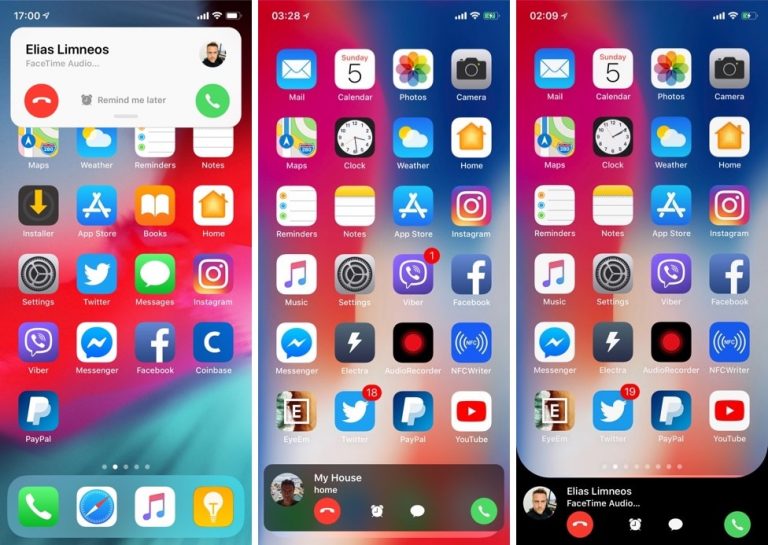 CallBar is a Cydia tweaks compatible with iOS 12 Jailbreak. It displays the call interface as a banner at the top of the screen. This tweak allows you to continue using your iPhone without being interrupted by the full incoming call screen.

BatteryPercentX hides the battery icon in the top corner and replaces it with a percentage, giving the home screen a cleaner look. 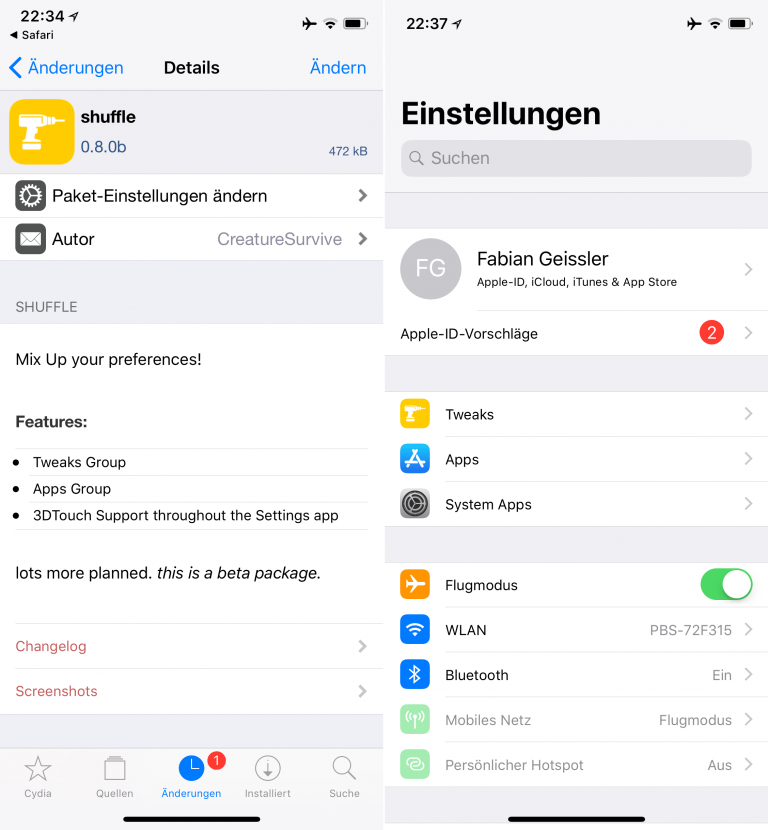 Shuffle is an efficient app that allows you to navigate to your tweaks, and Cydia apps are much more accessible. In addition, it categorizes the tweaks, apps, and system apps in the settings menu into different sections. 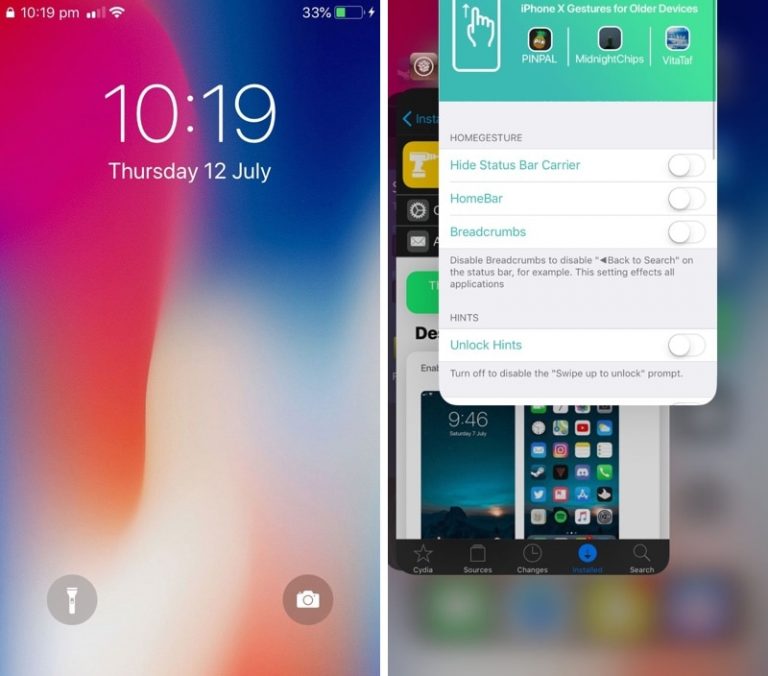 Home Gesture is one of the best ios 12 jailbreak tweaks, and this brings iPhone X gestures to the older devices. So, for instance, you can get multitask by swiping up, and you can open the control center with a swipe down from the upper right corner of your device.

Moreover, if you swipe up from the lock screen, you can enter the passcode from there. 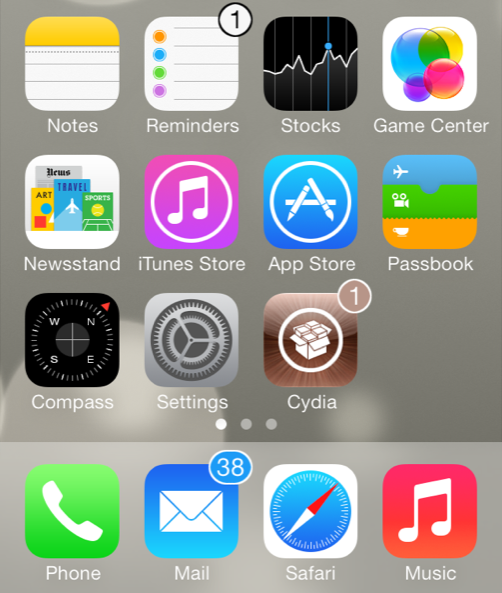 There’s no way to customize how notification badges look on a stock device, but if you’re jailbroken, you can take advantage of a new jailbreak tweak called BadgeColors. It color-matches your badge notifications to the app icons they sit on top of.

Also read: How to spoof your iPhone’s call history 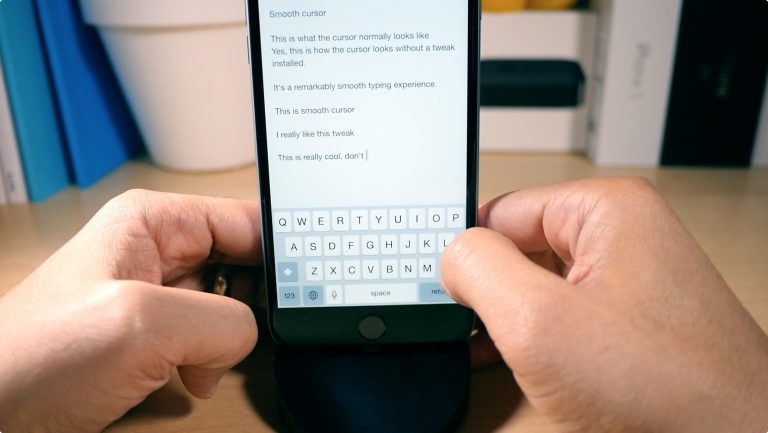 The standard cursor when you type in iOS usually jumps after each character. The Smooth Cursor tweak gives a smooth animation as you enter characters on the screen. It’s almost as if the cursor is “sliding on ice.” 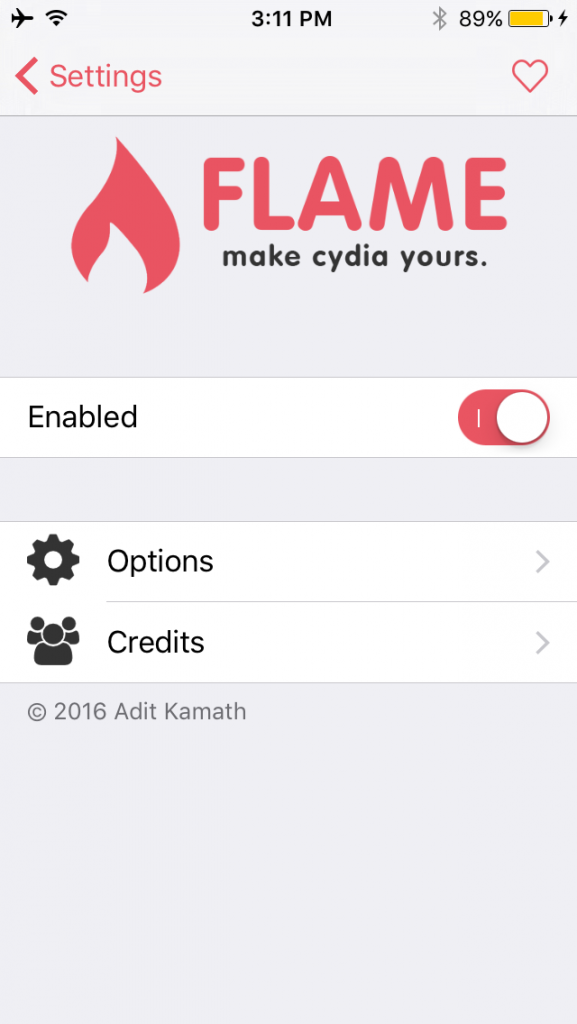 If the classic look of Cydia wasn’t to your liking. Then try out the Flame Jailbreak app. It lets you customize the Cydia app interface with various options to configure Cydia’s appearance and functionality. 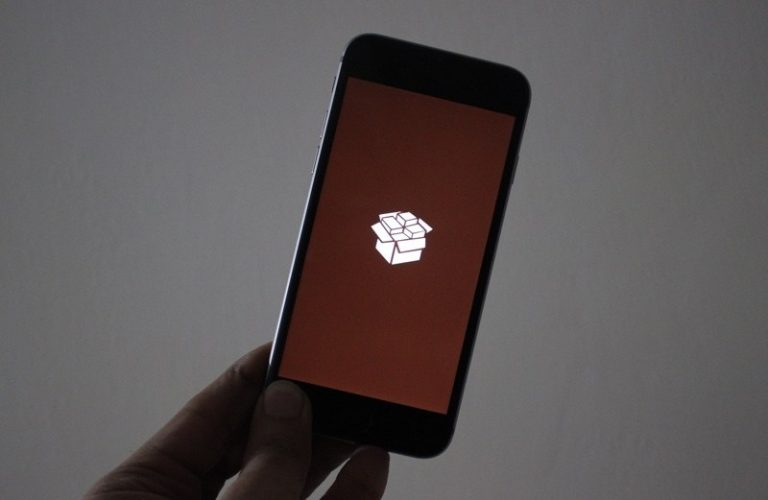 AVLock is a Cydia tweaks compatible with iOS 11.3.1 Jailbreak. It is used to add the rotation lock button in the video player interface of iOS 11, which makes it quite convenient. It attempts to make watching videos more tolerable on the iOS platform.

Don’t miss: Tether your Laptop with an iPhone and PdaNet 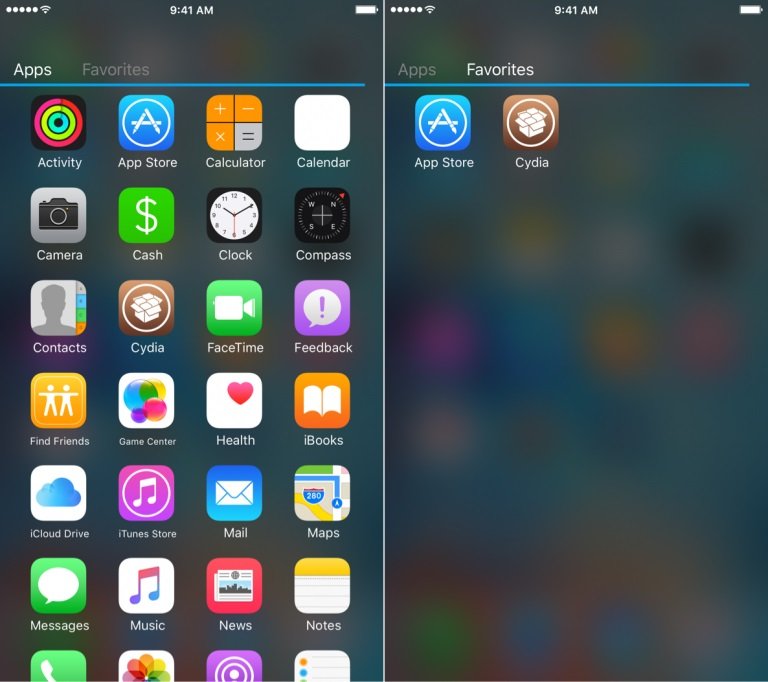 AppDrawer is a Cydia tweaks compatible with iOS 10 Jailbreak. It is a unique feature of Android, where all of your installed apps appear when you bring it up.

SmartLPM makes your low power mode even more efficient by turning on low power mode when your phone is plugged in—allowing it to charge the phone’s battery faster. 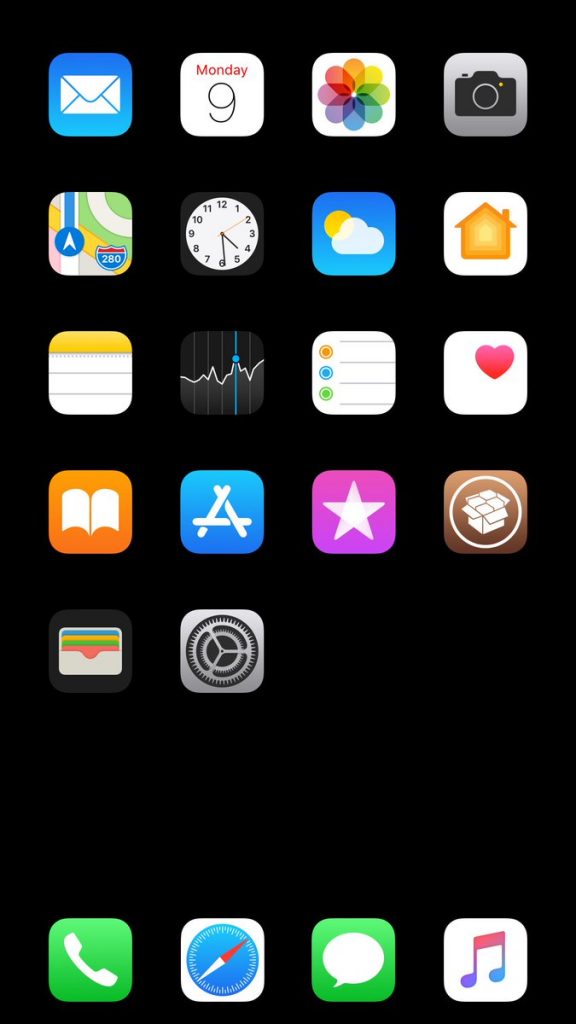 CleanHomeScreen should probably be one of the first you install. It will clean your home screen, giving your icon labels a cleaner look. Perfect if you love a simplistic design. 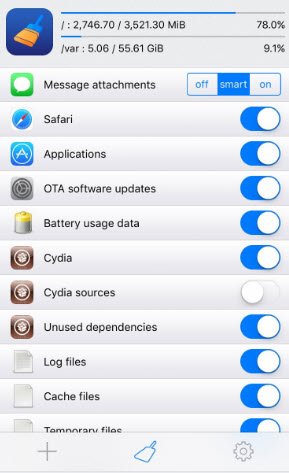 This iCleaner tweak cleans your jailbroken device from any unnecessary files you don’t need. Useful as jailbroken devices tend to slow down after several app installations. This will keep the device running smoothly and fast.

In music applications such as Spotify, Artistry tweak will allow you to view the album artwork next to the songs. 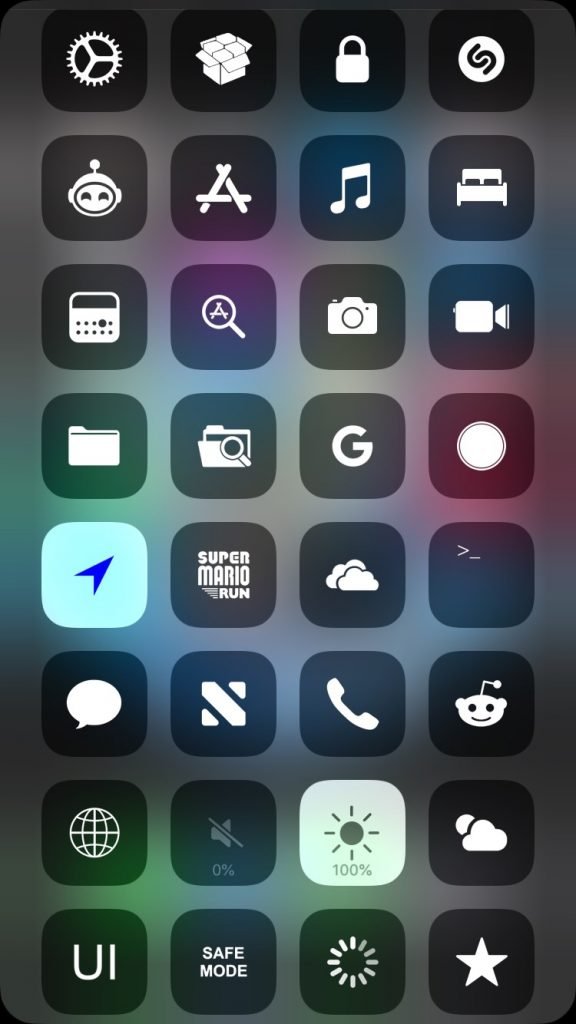 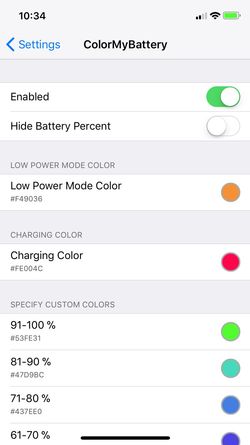 As the name of the app suggests, ColorMyBattery changes the color of the battery indicator based on the power level. You can even customize the colors.

Also read: How to Download GBA4iOS Emulator app on iPhone 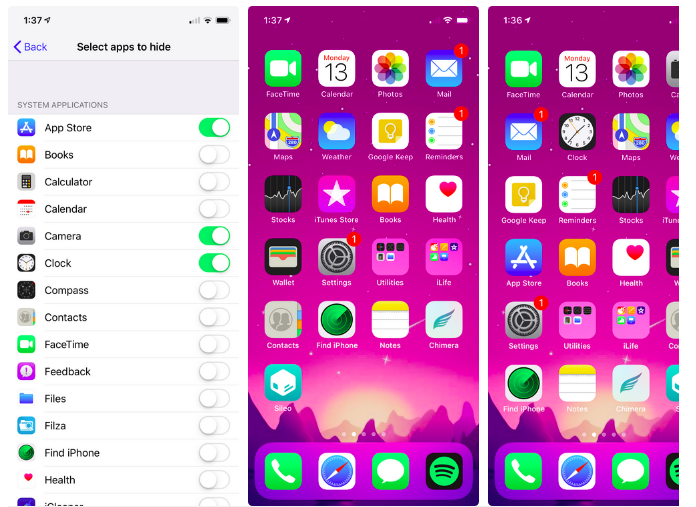 A handy app that allows you to hide apps you may not want anyone to see is HideYourApps. You can toggle which apps to display in the settings menu. 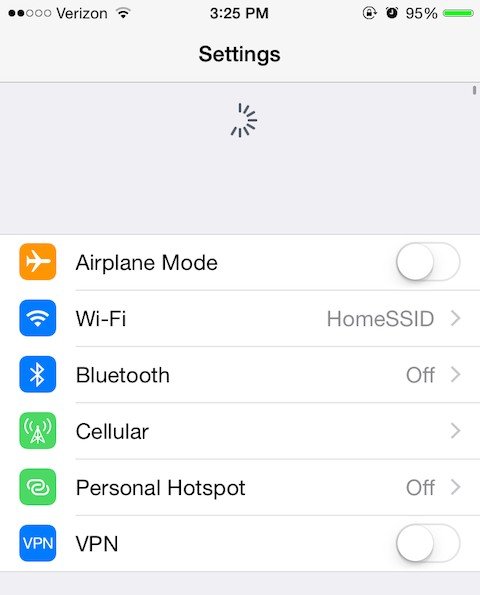 PullToRespring allows you to respring(restarting your device without going through the boot chain). Activated by pulling down the screen in the Settings menu.TapTapRes for iOS 13

TaptTapRes is an efficient tweak that allows you to change the video quality and frames per second when using the camera directly on the camera screen. In addition, you no longer have to go to the settings to change the options. 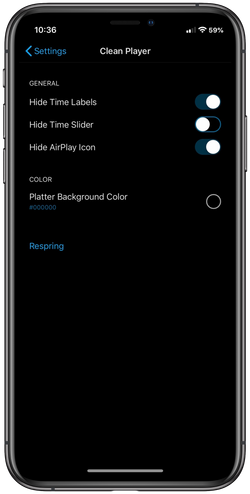 Clean Player is an app that helps remove/hide some of the media controls on the lock screen. For example, it can remove timestamps, hide the airplay icon, hide the duration slider and change the player’s background.

Cylinder is an excellent and beautiful tweak that changes the animations of scrolling effects on the home screen. It comes under the BigBoss Repo. Some of the animations include; burst, alternative spin, bubble, etc. 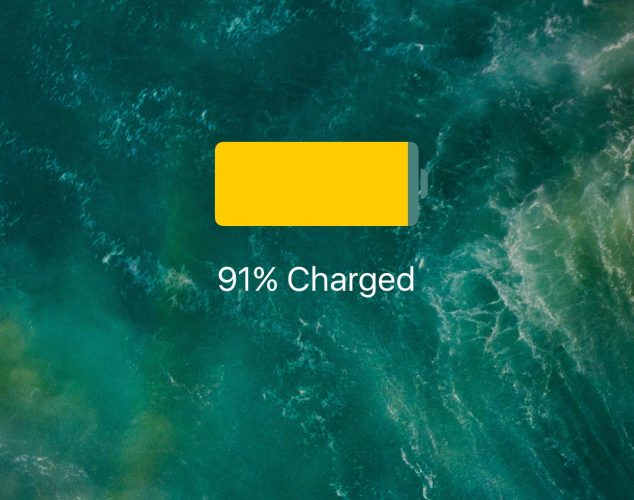 NoLowPowerAutoLock, as the name of the app suggests, is pretty self-explanatory. However, sometimes the auto-lock feature on low power mode can be annoying. This prevents the device from auto-locking during low power mode.

It is a Cydia tweak compatible with iOS 10 Jailbreak. In addition, DeleteForever will allow you to permanently delete photos with one swoop, rather than deleting a photo and then having to delete it again from the Recently Deleted folder.

After applying the DayNightSwitch tweak, wherever you have a toggle button, the tweak will add day and night effects to show whether it is daytime or nighttime. So, for example, it’ll show the sun and clouds during the day and the moon and stars during the night.

KillX allows you to close all apps at once in the App Switcher. Swiping down from the app switcher will close all running apps. A handy, quick and efficient tweak.

One of the best lock screen customization tweaks available on Cydia in Kalm. There are myriads of features that can be selected to make the iOS locks screen yours. You can colorize, change the location of things as well as alter the alignment of lock icons.

CopyPasta is a fantastic Cydia tweak that allows you to view the history of copies, links, text messages, images, etc. It also allows you to select them in the Notes app. This clipboard manager is displayed at the bottom of the keyboard.

iWidgets is the best Cydia tweaks to customize your jailbroken iPhone.Apple wasn’t particularly known to be a fan of widgets in iOS in the past but has been gradually pushing updates to improve widgets support in iOS. 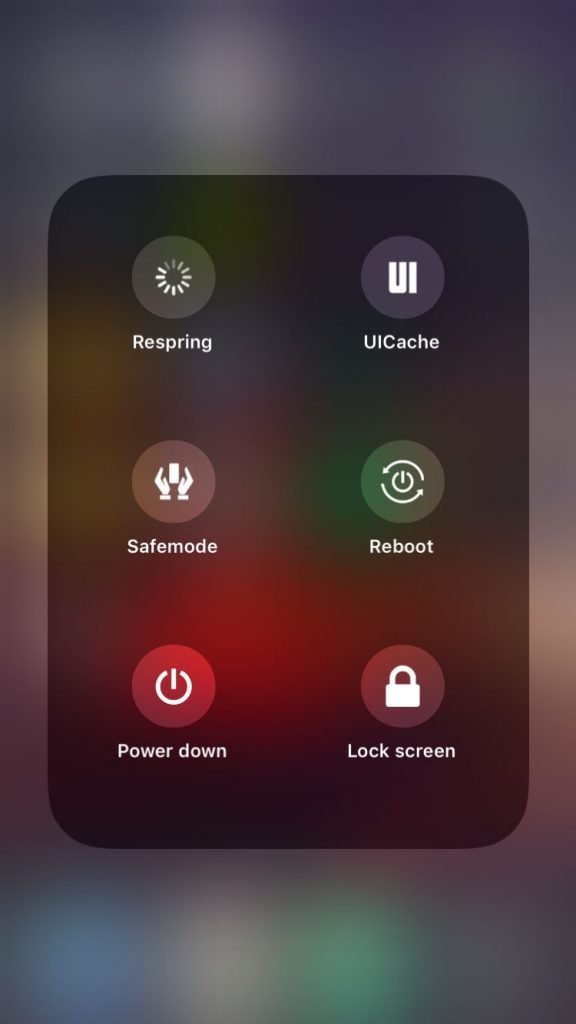 TurKey is a neat tweak that allows you to turn your Cydia app into dark mode. 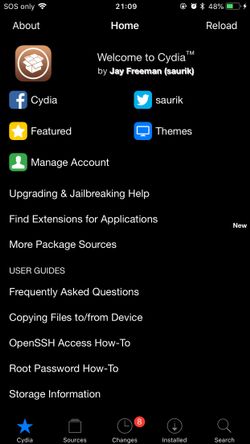 Carrierizer allows you to change your carrier operator text or replace it with emoticons of your choice. You can also hide the carrier name entirely.

NewGridSwitcher is a free tweak that allows you to change the app switcher design. It makes switching apps a lot quicker, in my opinion.

As time advances, you should expect more developers to update their tweaks to support this latest Jailbreak.