The Best MMORPG Titles to Play in 2022 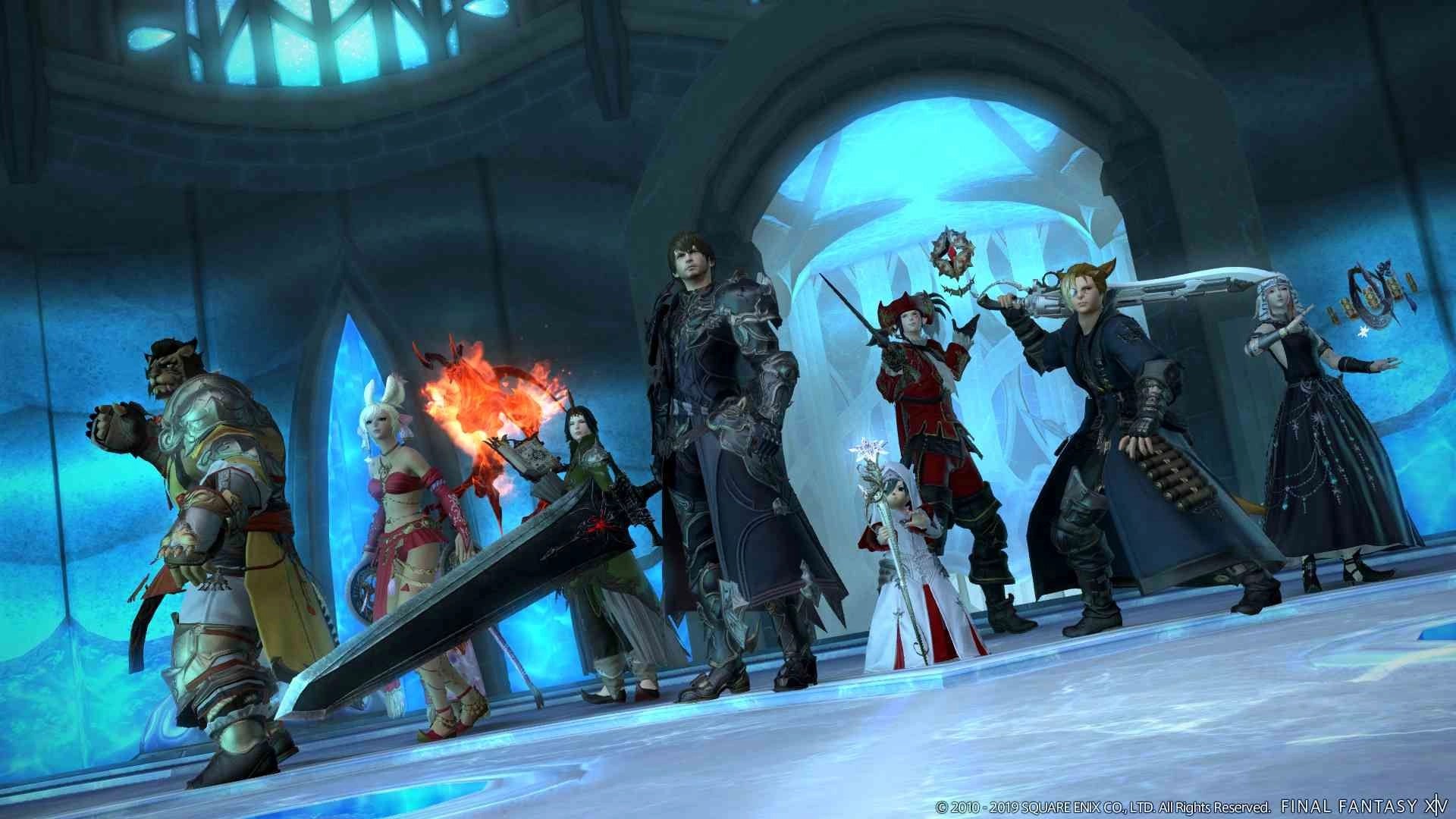 MMORPGs have a special twist to them. With their vast multiverse of different worlds and navigating through it all with online friends. Hand-picking the best MMORPGs can be tough, but here we have narrowed it down from the huge collection of available games. This article highlights the best MMORPG titles to play in 2022.

Whether you consider the best MMORPGs as the ones with crazy dungeon designs or a vast multitude of terrains or its selection of online players in an algorithm. We have included games from all works and explained why we did. 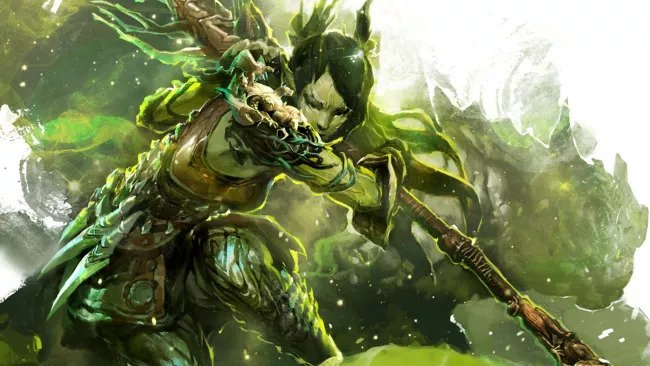 Final Fantasy 14 checks every list when it comes to the characteristics of MMORPG. From its enticing graphics to its, captivating story, a multitude of features, and superb dungeons. It also gets regular updates

Since Shadowbringers’ release, there have been several major updates that have expanded the story and added all new systems, like fishing raids, city restoration projects, and new raids and trials. Eorzea, the world in which FF14 is set, is now enormous and you could spend years exploring all the different activities found in it.

We understand that the choice for the best could also be subjective depending on your taste. But it’s worth the hype. 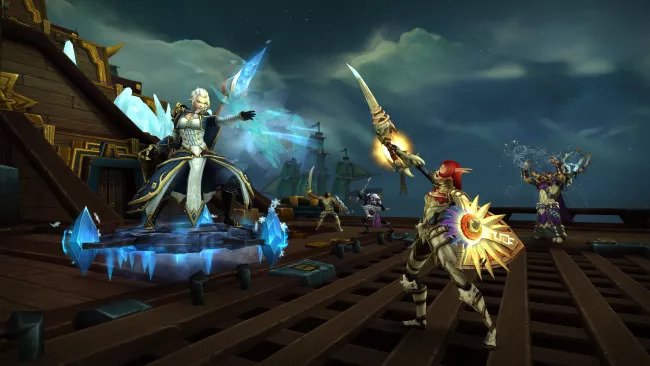 One thing that makes this game top the charts is that it is never outdated. Fresh and exciting features are usually introduced keeping it intriguing. You get to farm and loot treasures, match three puzzle games, pet battles, a Plants vs. Zombies mini-game, and an unbelievable wealth of other content in iterative patches and full-blown expansions continues to guarantee WoWs place at the top of the heap.

Also read: How To Make A Shield In Minecraft 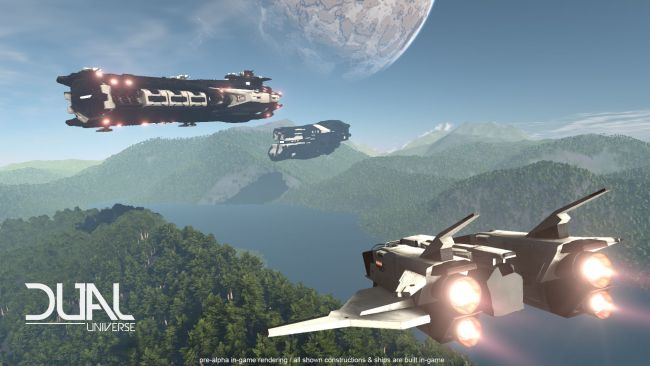 Dual Universe is a highly hopeful sandbox MMO that’s like Minecraft meets No Man’s Sky—but everyone exists in one single universe. It’s been in development for years, but this space-faring MMO has some cool tech under its belt, especially in how it plans to handle thousands of players in a small area at the same time.

If you’ve enjoyed sandbox survival games like Empyrean or Space Engineers, you’ll be somewhat familiar with how Dual Universe works. Everything is destructible and how you can design vehicles and spaceships is completely up to you—as long as you have the resources and skills, of course.

The most interesting thing about Dual Universe is that it mixes up familiar survival sandbox with a huge Galaxy of alliance players that cooperate and also fight against each other. You can build ships and then sell its blueprints to others and there’s even a LUA-based scripting language so you can create in-game automation for machines (like autopilot protocols or advanced security systems) that can also be sold to other players. 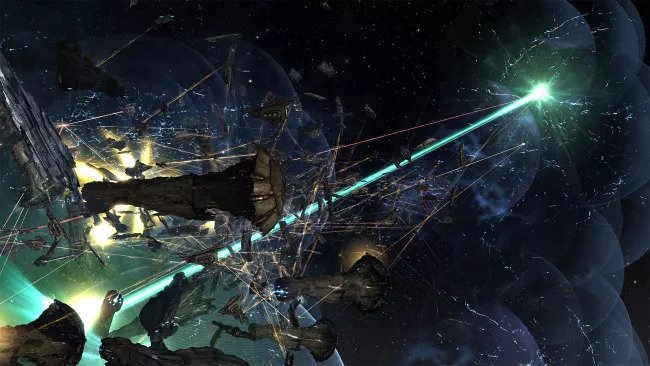 EVE Online is the right definition for modern when it comes to MMOs. In the long run of 18 years that it has been existing, its reputation for being heartless and hazardous in terms of its universe of war and chaos is unwavering.

EVE Online is dark and sophisticated as the inferno, and there will be times where you’ll just glare at the screen, clueless of whbat to do. CCP Games gone to great lengths to make EVE easier to understand, but your best teacher will always be the sting of failure.

The good news is that a few years ago EVE Online started offering a free-to-play option, letting you leap into its sandbox with a limited set of ships and skills to use. They’ve since expanded the program, giving free players even more choices of what ships to fly.

Players who can adapt will be exposed to a whole new level of possibilities and that’s just what the programmers intend. It’s a intricate representation of this real life. Either be crook or hook, tooth and nail, only the most desperate will survive! 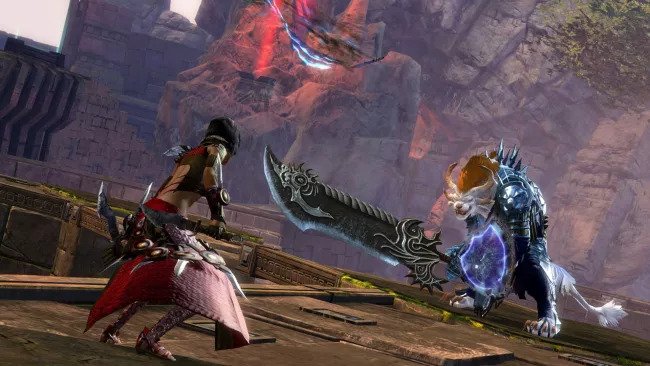 What is more prominent and interesting about Guild Wars 2 is that it doesn’t join the frenzy of trying to beat other games in their worlds. Instead, Guild Wars 2 has come up with diversifying ideas about how online games should be played.

It eradicates the subscription model instead of a free-to-play model that never feels suffocating. Guild Wars 2 also benefits from dynamic events that give weight to players’ actions: a town you’ve ridden of its ogre persecutors might later find those same ogres regrouping in nearby caves or constructing siege equipment to retake it.

Warfares in Guild Wars 2 have outcomes that are expressed in meaningful ways in the game world, which allows developers to reflect events as they might in a single-player game – an almost unheard-of luxury in MMOs. The result is a game world that feels reactive and alive and makes leveling and questing feel more like an adventure and less like a grind. 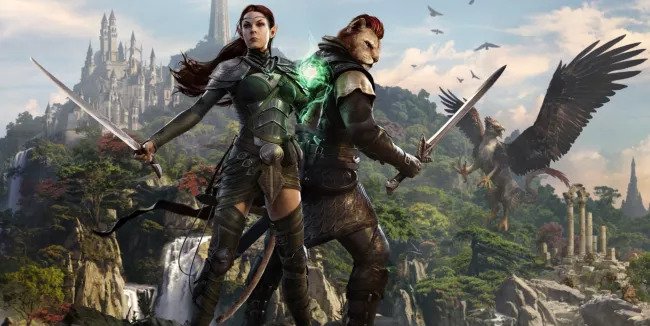 The other Elder Scrolls games offer a minimal exploration of Tamriel but the Online offers a larger Galaxy for exploration. And the new Dark Heart of Skryim update adds even more dungeons, zones, and cities to explore, alongside a new vampiric storyline that expands the lore of Tamriel like never before.

The game world is vast, offering you a bunch of dungeons to spelunk, enemies to defeat, and characters to meet, but what may be of most interest to you is how much ESO feels like you’re playing an Elder Scrolls game.

ESO has enough features to keep you glued to your screen and seep away your time. From loot hoarding to crafting different tools and raiding its filled with a lot to do.

Don’t miss: How To Conquer The Pit Of Heresy Dungeon In Destiny 2 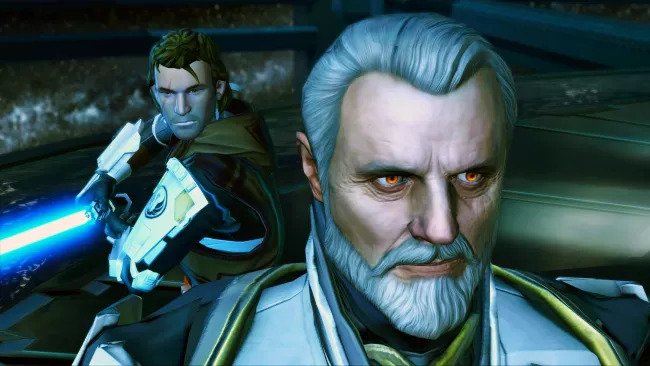 If you’re a 90s adult, you’d have experienced the Star Wars franchise firsthand. If you are a Gen Z, you’d have felt the hype and chased after it to experience what it holds. It’s no surprise that the Star Wars: The Old Republic narrative is a block buster.

Fully voiced cut-scenes fleshed-out characters, and plots-within-plots have led some critics to applaud the stories in The Old Republic as better than anything in the prequel trilogy of films (and, as a bonus, there’s nary a Jar Jar to be found).

There’s nothing as interesting as enjoying and reveling in a movie franchise then moving on to having a character you can control as a game. In this regard, few things as satisfying as building a badass lightsaber or a lethal blaster and then cutting a swath through the alien races of the Star Wars universe is all worth it.

A constant torrent of updates expanding new stories, pets, weapons, and other top-notch content have made The Old Republic one of the most attractive games to delve back into, even if, like us, you’d taken a break since launch.

Also read: Destiny 2: How To Get The Lumina And Rose Hand Cannons 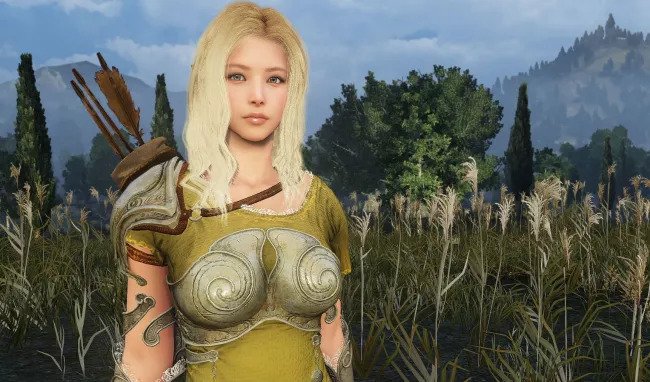 Anything Korean or K-pop sounds cringe to most. But this game would change your view. Korean MMOs are frequently negatively perceived as brutal grind fests, and while Black Desert Online doesn’t shatter that stereotype it does offer one of the most expansive crafting systems ever seen in the genre.

While the active, combo-based combat is great fun, there’s dozens of career paths to take your character down in this dynamic sandbox MMO. You can be a merchant, a fisherman, or invest all your time into building a massive production empire of beer.

All this is made possible by Black Desert Online’s complex node system. Every region is subdivided into nodes that are rich in specific resources. You can purchase properties in the cities and covert them into blacksmiths, fisheries, or storage depots. Instead of doing all the hard work yourself, you can hire automated workers who level up and have their own innate skills to do the heavy lifting.

Still in the Asian continent, Age of Wushu instantly stands out by goodness of its unique premise: a deep simulation of Chinese martial arts through the lens of classic action films.

Age of Wushu is less Bruce Lee and more Crouching Tiger, Hidden Dragon, focusing on spectacular superhuman feats traditionally only possible through the magic of kung-fu. What isn’t immediately obvious from this top line portrayal, however, is the depth and intricacy of some of Age of Wushu’s systems.

While combat (especially against other players) is obviously a main priority, crafting disciplines like calligraphy offer a nice distraction by way of simple mini-games. Even the action of your character while you’re offline can have important effects, like improving your skills, or can lead to being kidnapped and ransomed by other players.

Age of Wushu is an elegant rendering of an age and an atmosphere we so rarely get to see in games, one that’s easy to fall into and want to thoroughly scour. With a sequel is in active development, there’s no better way than to whet your appetite than with the charming original. 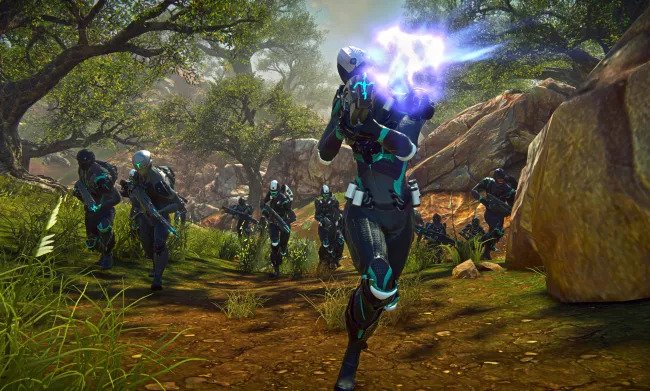 Filled with guns and explosives, it’s also the only one where the entire focus is around killing other players and prizing territory from their cold, dead hands.

In Planetside 2, the struggle is among three nations who are striving for the fourth nation. You could be on the offensive all day long and log in the next day to find yourself struggling on the defensive for your territory.