How to Fix the Disney Plus Error Code 83 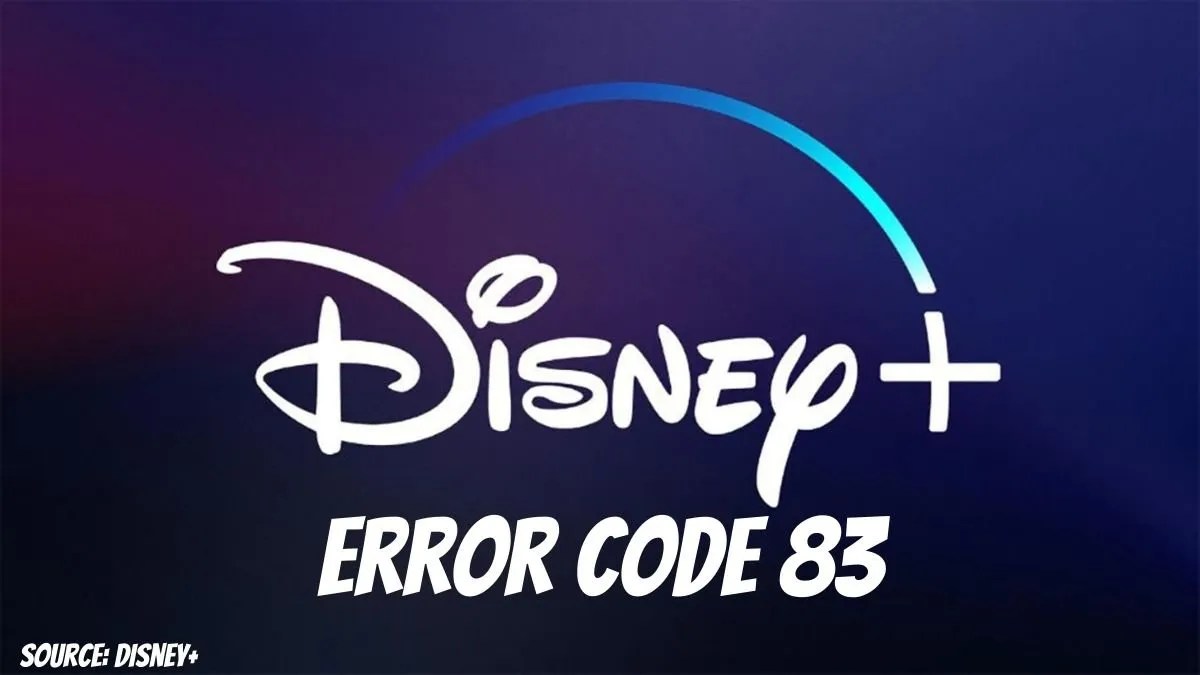 Seeing the Disney Plus Error Code 83 can be very frustrating because it prevents you from accessing Disney Plus. Unfortunately, there is no specific description, so we have compiled a list of possible situations and how to rectify them. This article explains how to fix the Disney Plus error code 83.

Note: Disney Plus Error Code 83 can affect virtually any device that can run Disney Plus, including computers, smartphones, tablets, streaming devices like Apple TV or Roku, smart TVs, and gaming consoles. The explanation and suggestions in this article apply to all those kinds of devices.

Read on to know more:

Confirm That Disney Plus Is Not The Problem

You need to make sure that the issue is not from your end before proceeding with the methods below. This can save you from a lot of stress. You can use third-party services like Downdetector to check if the Disney Plus server is down.

Sometimes the most straightforward solutions can solve the biggest problems. First, if you haven’t done so already, restart your device, then check if the issue goes away. If not, move on to the following troubleshooting tips on this list.

Don’t miss: Netflix Student Discount: How to get it

Server timeout is a widespread issue. When the servers get overloaded, they tend to crash. Using Downdetector, you can quickly check if you’re getting the Disney Plus error code 83 because of a down or timed-out server.

After confirming that Disney’s server is not down, a timed-out server could be causing the error. To fix this, simply wait for a few minutes and try again.

Server issues are usually intermittent, so if you don’t succeed at first, try again. Refreshing your browser page or closing and re-opening an app can usually get you past Disney Plus error 83 and into the content you crave. Likewise, turning your device off for one minute and turning it back on can help fix some wonk that will trigger Error 83.

Disney May Have Blocked You

If you keep getting the error for days on end, Disney Plus may have blocked you for several reasons. Contact Disney Plus support for more info.

If you live in an area with congested internet that’s more prone to regional server overloads, you may want to keep a few favorite shows and films downloaded on your phone through the Disney+ Android or iOS apps. Then you can still watch some Disney+ when the servers aren’t playing nice.

If your Internet connection is down or isn’t fast enough, you won’t be able to stream video from Disney Plus. The official Disney Plus recommended internet speed is 5.0 Mbps if you want your content streamed in high definition (720p or 1080p) or 25 Mbps to stream in 4k Ultra HD. You can test your internet speed or try using internet speed test sites like Fast.com or Speedcheck.org to determine if it’s sufficient to stream content from the service.

Your first time watching on a PC’s browser would lead to a pop-up of a message confirming the device’s eligibility. When you click “allow,” it could result in Error 83. Click dismiss and retry watching again.

PCs that can’t pass the DRM of Disney Plus usually show Error 83. But it could be a server error instead of device compatibility.

Don’t miss: How Many Devices Can You Watch Disney Plus On

These are DRM failure reasons on the following PCs

The explanation of Error Code 83 from Disney is that account problems can cause it. All of our steps have centered on fixing software, but if nothing else has worked yet, maybe the problem is your account. Try signing in with another account that you know works. If you can do that and don’t get Error Code 83, your account is the problem. Check your billing details and subscription status, and contact Disney Plus support if needed.

Update The Disney Plus App

When new versions of apps are released, the old ones often become incompatible. That could be your problem here. If you’re using a smartphone, tablet, gaming console, streaming device, or smart TV, go to your device’s app store and see if there’s a Disney Plus app update to install.

Delete And Reinstall The Disney Plus App

Even if there’s no update available, the problem could still be your app. For example, if there’s some bug or data corruption in your app, it could cause Error Code 83. Completely delete the app and reinstall it to see if that fixes the problem.

Also read: Here’s How To Confirm If Disney Plus Is Down

Upgrade Your Device Firmware Or OS

Just an older app version can cause compatibility issues, so can running an old version of your device’s operating system or firmware. If none of the steps have worked, check to see if your device has an OS or firmware upgrade available and install it.

In the case of a compatibility issue, you may have to get a new device entirely to resolve your issue. This seems far-fetched but is worth it in the end.