How to Connect a Phone or Tablet to Your Smart TV

Reasons To Connect Your Phone or Tablet To a TV

With the ease and prevalence of casting to mirror a phone screen wirelessly, you might be curious why you should use a USB to TV connection for your phone.

If you hook a phone to your TV with a hardwired connection, you benefit from a low-latency signal. For instance, if you plan to mirror your phone to a television for gaming, you’ll want a USB connection rather than a wireless configuration. This vastly reduces lag.

Plus, for situations where you lack Wi-Fi or have a weak wireless signal, you’ll need a wired connection instead.

To connect your phone or tablet to a TV, you can use one of the following methods:

How you connect your phone to the TV depends on your specific device and operating system. Although all methods are similar, the process differs for connecting an iPhone versus an Android device.

Similarly, your connection method varies depending on your needs. Simply viewing photos on a compatible television requires your charging cable and mobile device. But for screen mirroring, you’ll need a USB adapter.

Connecting Your Phone To A SmartTV Without HDMI Cable

Connect Your Phone or Tablet to Your TV Via USB

There are different methods you can use to connect your mobile device to a TV via USB such as using a USB cable for Android or Lightning cable for iOS devices, Mobile High-Definition Link (MHL), or SlimPort.

Let’s look at how each of these methods work to mirror your phone or tablet’s screen on your TV.

For Android devices, a USB cable can help you connect your phone or tablet to your TV, provided it has a USB port. If you’re connecting to a smart TV, go to Source>USB to enable file transfers, instead of just charging the phone or tablet via the TV.

This method is used when you want to view files or photos on a compatible TV as it technically transfers your files for opening on your TV.

MHL is one of the most common solutions for connecting a phone to a HDMI TV with a micro-USB cable. This technology allows MHL-compatible devices such as smartphones and tablets to connect to televisions and projectors.

To use Mobile High-Definition Link, you will need

Although this is the general setup, the specific cable you’ll need varies. Google MHL cable [your device name] to find a list of compatible cables.

To connect your phone to a TV using a USB cable and MHL, first hook up your phone via an MHL adapter. The adapter will require power either from a USB port on the cable or an external source.

Next, connect your phone to your television with the MHL cable. After that, you should see your phone screen on your TV; it’s plug-and-play.

Connect With An Adapter Or Cable

This method works when you want to mirror your screen onto your TV to transmit the display on-screen. You can use an HDMI adapter or cable to connect your phone to a TV and mirror the content on your screen.

A USB to HDMI adapter is the easiest option as you simply plug the adapter to your phone and plug the HDMI cable into it to connect to your TV and watch from your phone. Check that your phone supports HDMI Alt Mode, which lets it output video.

Some Android devices have micro or mini HDMI ports for direct connection to HDMI over a single cable, so it’s important to check whether your cable is compatible before connecting your devices.

If you have an older phone, you might connect your phone to a TV with a SlimPort cable. While similar to MHL, SlimPort offers different outputs, but uses the micro-USB connection.

Whereas MHL is limited to HDMI, SlimPort outputs to HDMI, DVI, DisplayPort, and VGA. This makes it better suited to a variety of displays, including older monitors and TVs with no digital inputs.

Unlike MHL, SlimPort does not draw power from mobile devices.

You’ll need the following to connect a phone to your TV using a SlimPort adapter:

Connect With a Converter

A converter allows you to mirror your phone’s screen to your TV while charging its battery at the same time. This method involves plugging the converter into a USB-C port and HDMI port using your charger and HDMI cable, and your screen will be cast onto your TV for as long as you want. 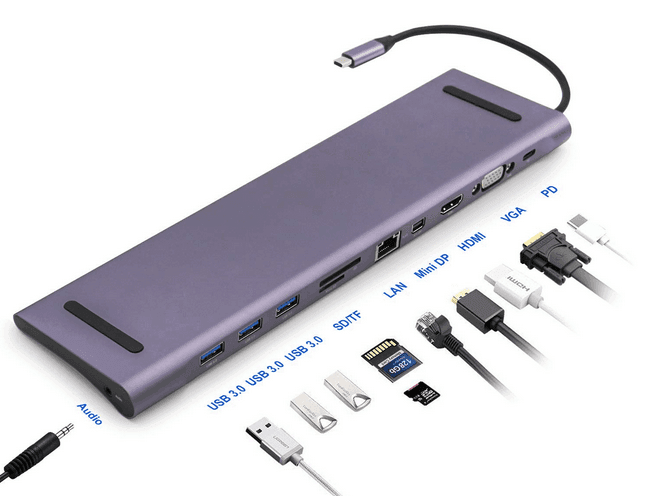 Use Samsung DeX to Connect Your Samsung Phone to a TV

Among the most popular Android devices available, you’ll find Samsung flagship handsets. These feature connectivity with televisions and monitors. For pure screen mirroring, you’ll need a USB-C to HDMI cable.

However, Samsung Galaxy S8, S9, and Note 8/9 devices also include DeX. Bridging the gap between mobile and desktop, DeX offers a desktop experience run from your handset. You can run all the same Android apps, however, access your phone’s gallery, and basically get everything on the big screen.

Stream With a DLNA App 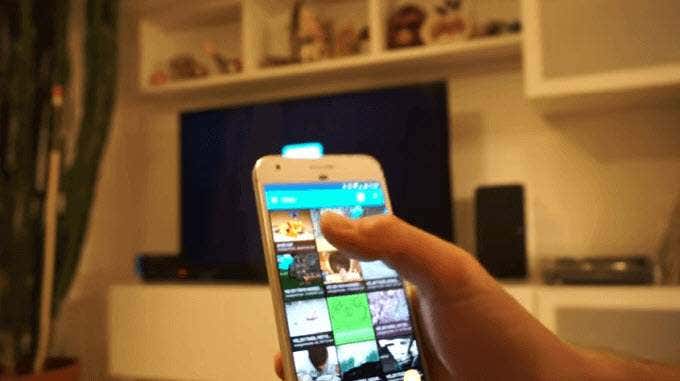 If using cables doesn’t work for you, use a DLNA app to connect your phone or tablet to your TV.

DLNA is a streaming protocol supported by most internet-connected TVs through which you can stream media files to your TV from your phone or tablet, provided the files don’t have DRM features.

Some good DLNA apps you can use include LocalCasts, which is free, or AllCast and stream your media files to a DLNA device.