How to Get Izanagi’s Burden in Destiny 2

Izanagi’s Burden is probably the best DPS weapon gamers want to lay their hand on in the game and is one of the most coveted weapons for PVE activities. However, with the launch of the Black Armory came the forges, and within the forges, there were three exotic weapons; Jotun, Le Monaqrque, and Izanagi’s Burden. This guide explains how to get Izanagi’s Burden in Destiny 2.

If Se7en has taught you one thing, it’s not to ask what’s in the Mysterious Box, but that’s exactly what we will do in this guide to get Izanagi’s Burden. However, this exotic sniper rifle was initially available in Black Armory (Season 5) once you completed the Mystery Box Quest.

The process for acquiring Izanagi’s Burden changed slightly since the launch of Shadowkeep. What great about this is you no longer have to unlock each forge individually—instead, you need to wait for each to come up in the rotation.

Back in Black Armory, Season of the Forge, Ada was introduced into the game and the Forges. These forges provided us with ways to grind out specific weapons, and over the weeks’ new forges opened up. There are four forges in total (Volundr, Gofannon, Izanami, and Bergusia), and these were found dotted around the solar system.

However, the Forges have changed since the update of the Shadowkeep back in October 2019. In this 2.6.0.1 update, Bungie streamlined the Forges by saying, “Black Armory forges are now accessible through a director launched playlist on EDZ.” So anyway, rather than have 4 locations to pick on the director, we have one, and they rotate daily. This is quite important because you will be required to perform an activity in each forge to get Izanagi’s Burden.

Streamlining the Forges means you must do some waiting in this quest. But one big good news about this is that Izanagi’s Burden is the best exotic sniper rifle in the game and worth your time. Now read and follow the instructions below to acquire Izanagi’s Burden in Destiny 2:

Step One: Acquiring the Mysterious Box 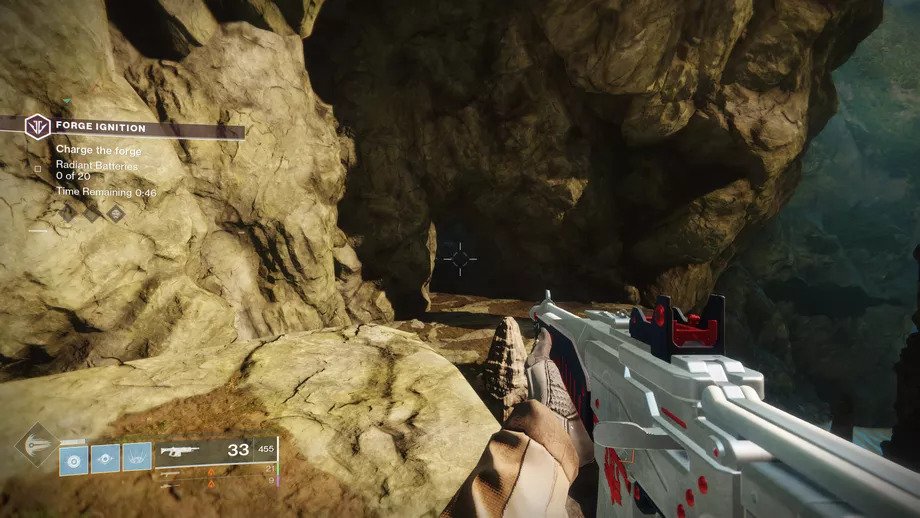 The first step to take on your quest is to have a chat with Ada-1 and pick up the Mysterious Box quest. She can be found in the Annex in the Tower. If you haven’t yet unlocked the Black Armory forges, you will have to get that done through a quest that involves speaking to Ada-1 and completing the Machine Gun Frame quest. Do that first, and then you’ll be able to continue to the next step of finding the keys in the forges.

Step Two: Locating the keys to open the Mysterious Box 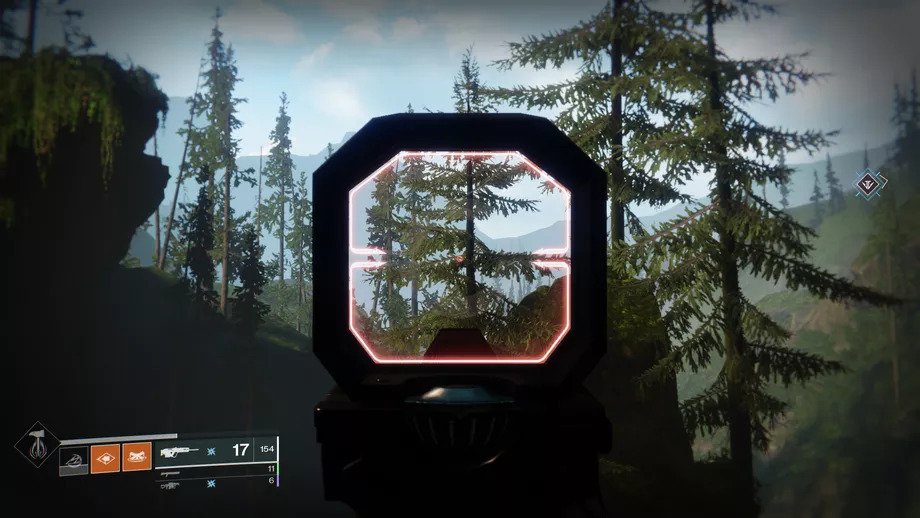 Locating the keys to open the Mysterious Box

Once you’ve completed the first step, you’ve acquired the Mysterious Box. Next, you’ll need to open the box, which requires finding different keys. The Fishhook, Butterfly, Hand, and Black Armory keys are all found throughout the Volundr, Izanami, and Gofannon forges—respectively—with the fourth, Black Armory, requiring additional work.

You’ll need to watch between the first and second rounds for a series of small drones flying around the arena while in this forge. If you can destroy all the drones in the arena, you’ll be notified that you have tempered the forge and received a Maximum Temper buff. Once you complete the forge, you’ll receive the keys after tempering.

Run after getting the key to drop at the end of the forge, then make it into your inventory, hover over the key, and use them to insert the key into the mysterious box. Do this three times with each key.

Once you’ve got the three easy keys, it’s time to get the Black Armory Key located within the Bergusia forge. Of course, we’ll still need to go through the max temper shenanigans after some work. 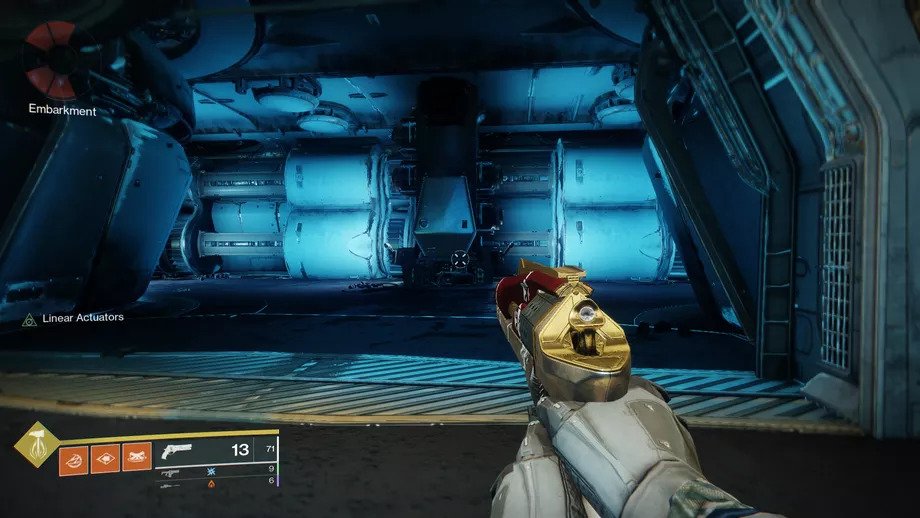 Speak to Ada to Acquire the Black Armory Key Mold

The first step is to visit Ada-1 in the Tower. What you’ll need to do here is to beat some specific enemies on Leviathan called the Watchers. They can be found in the underbelly of the Leviathan raid. There are two ways to do this, as a team while completing the Leviathan raid normally or to use the switches beneath Leviathan to gain access to the Underbelly solo.

The recommended way to do this is the second method. Drop into the Leviathan and run forward. Make your way to the switch room in the basement. Pull the switches in the following order; 1, 5, 3, 2, 4, 6. Make sure you do it fast, as the margin for error is pretty small. You’ll know when you’re done when you see the prompt ‘The way is open… ‘ in the bottom left-hand corner.

After successfully opening the door via the switches, you should make your way towards the engine room to kill the watchers. You’ll find the Watchers and additional enemies in this room, kill them all, exit the room, and pull the switch again. Repeat this you’ve killed enough Watchers, which is 24, to fulfill the quest’s requirements by harvesting their Lenses.

You’re required to gather 200 Glimmering Amethyst, and this can be done through opening planetary chests, completing strikes, and participating in Public Events. The fastest method is to complete Heroic Public Events, which nets you 10 per completion. Usually, this should take you 20 events, but equipping a ghost with a chest finder for the planet you are on will speed up the process. You’ll stumble upon multiple planetary chests naturally while waiting for events. 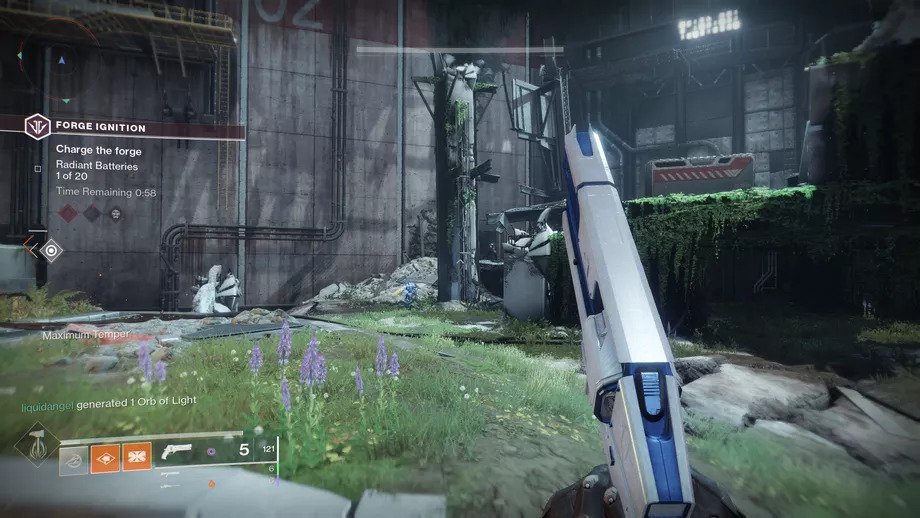 Once you’re done gathering all the glimmering amethyst, you need to go back to Bergusia forge and get max temper here, beat the forge, and get the final key. There will be a drone that comes out halfway through the battle and, in the end, open up the box to get the final key. Once you’ve successfully done this, you’ll be able to open the mysterious box. 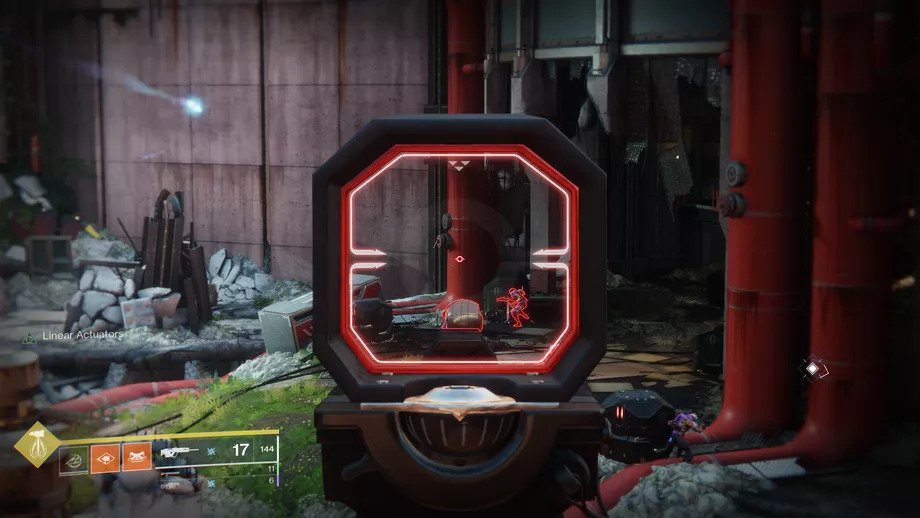 Get a Black Armory Rare Bounty

This part is likely the most challenging part of the quest, not because it’s hard, but because you’ll be relying on RNG. This means you have the chance for a Rare Bounty to drop on completion of regular daily and weekly bounties from Ada and a small chance from completing Forges.

The good news for all gamers chasing this weapon is that Bungie recently buffed the drop rate of Black Armory Rare Bounties in update 2.7.1. They say, “Acquisition of Black Armory rare bounties significantly improved. Players that complete all available weekly and daily bounties will acquire a rare bounty within five days.” Once you’ve acquired the rare bounty, you’ll want to complete it to receive the Obsidian Crystal.

To get this rare bounty, you’ll need to update to the latest update, complete the daily bounties from Ada, and within five days of turning in bounties, you’ll get a rare bounty to drop. It takes some gamer to ignite the Forges 25 times to get the rare bounty. However, this requires time and patients.

Step Six: Complete a run of the Shattered Throne

You’re to do a run of the Shattered Throne once you’ve acquired the Obsidian Crystal. You’ll find this on the Dreaming City, and you’ll likely want to do this with a Fireteam. Either hit up some friends or find some buds on LFG. The Bungie Companion app is also suitable for finding Guardians for specific activities. The objective here is to kill the final boss Dul Incaru.

Step Seven: Complete a reprise of the Pyramidion Strike

You’ll need to be a minimum of 650 Power Level to attempt this strike, and you won’t be able to change your gear while trying to finish it. This can be found on Io, and you’ll need to run this with a Fireteam. So, equip a solar class, your favorite solar secondary, and a heavy solar weapon that packs a punch. Finally, kill the boss and move on to the final step.

The final step of this marathon quest asks you to kill Siviks on the EDZ. It’s quick and easy, and when you reach the end, you’ll get an Exotic item called Not a Weapon that you can take to Ada-1 in exchange for Izanagi’s Burden. Head over the EDZ and launch the mission from the patrol beacon, chase down Siviks and kill him and that’s it! You’ve done it.

Step Nine: Go back to Ada-1 and pick up Izanagi’s Burden

Head back to the Tower and speak to Ada-1, and she’ll hand over Izanagi’s Burden.

Once you lay your hand on Izanagi’s Burden, check it out. Honed Edge is the main perk on this weapon. Holding reload the gun consumes the entire magazine to load around with different ranges and damage. This will be useful in PVE activities when you want to unload immense damage on strike or raid bosses. Additionally, this weapon also got Accurized Rounds for the increase in range, Chambered Compensator for that increase in stability, Outlaw for decreasing reload time, and Composite Stock for better handling and stability.