Risk Of Rain 2: How to Unlock Every Character 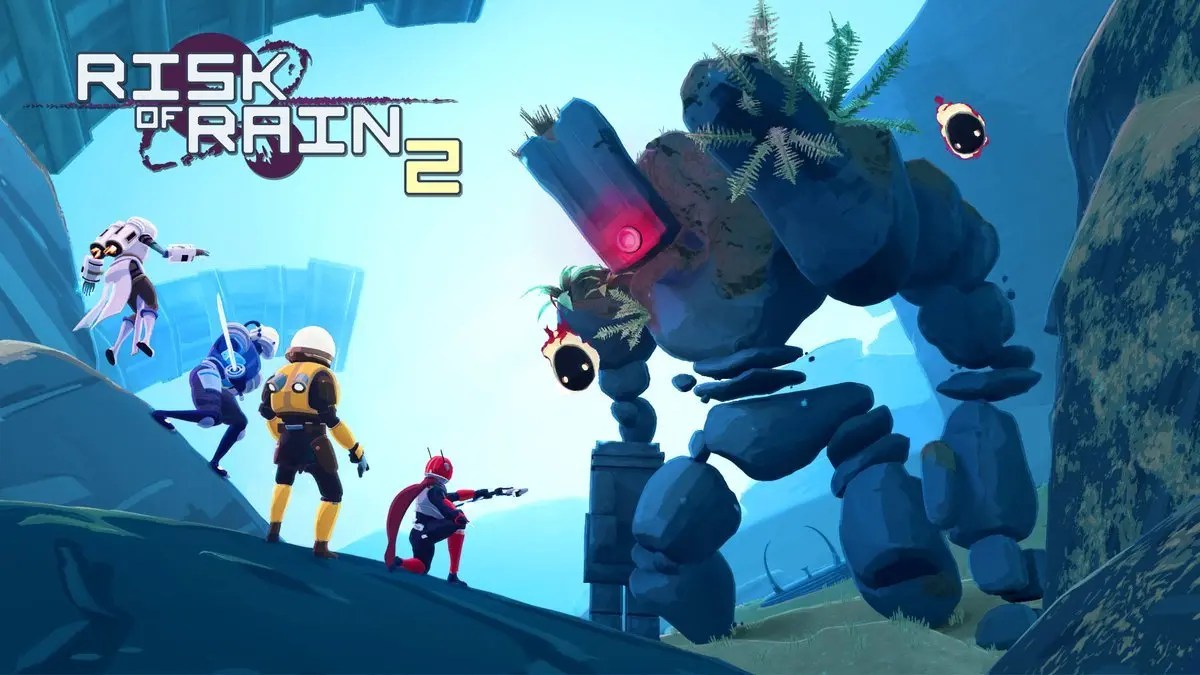 Risk Of Rain 2: How To Unlock All Characters – Risk of Rain 2 has gained popularity on Steam since 2019. It also offers tons of replayability for anyone who can handle this chaotic roguelike. This new rogue-lite game is shaping up to be a fantastic all-around game with high replay value for gamers that spend their time playing alone or with friends.

There are nine characters to choose from, but not every character is unlocked when you start playing Risk of Rain 2. However, you’re to start playing the game with Commando and earn the other eight through unique challenges, from completing certain stages to obliterating your character.

The reward is quite massive for the other eight unlockable characters in this game, and each character offers a unique style of play that keeps Risk of Rain 2 as compelling as it is. Combined with each character’s unique skills, there are many playstyles for you to explore. This guide explains how to unlock every character in Risk of Rain 2.

How to Unlock Characters in Risk of Rain 2

How to unlock Commando: As mentioned earlier, Commando is programmed as the default character to play. You’re not required to complete any special challenges to obtain him, but you still have to complete challenges for his alternate skills and skins.

Commando has some short cooldowns and effective abilities to aid you in combat and a basic attack that is fast and easy to use. Additionally, he has a secondary ability to hit multiple enemies at once if you manage to line them up. Plus, a dodge maneuver will help get him out of danger.

How to Unlock Mercenary 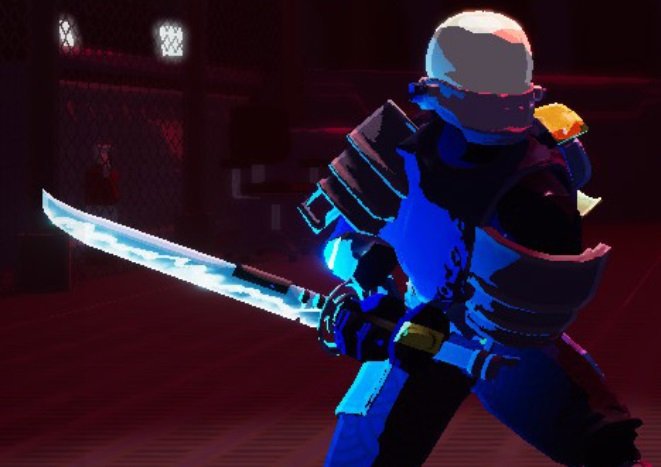 How to unlock Mercenary

Mercenary is a melee character that might be a good choice if you prefer close-range combat. First, however, you must clear out all seven stages in one run and go through a special Celestial Portal. Like the blue portal that leads to the item shop, the Celestial Portal can be used instead of the teleporter. You’ll be whisked away to a Celestial Realm with a short jumping puzzle inside if you use it. Immediately at the end of the puzzle, you’ll find a large obelisk that gives you the option to “obliterate” yourself.The

Mercenary will be unlocked once you’ve been obliterated at the obelisk. However, this character is great for boss fights and groups of enemies. His passive skill cybernetic enhancements allow him always to jump twice. Finish the fights with eviscerating, repeatedly attacking the nearest enemy for 110% damage.

This character has a laser sword move slices in front of him for 130%, with every 3rd hit dealing 300% damage in a larger area. Whirlwind slices horizontally two times for 200% each or vertically if you perform the move while in the air. Additionally, he has a critical assault skill that allows gamers to ash forward and stun enemies and dash up to 3 times.

How to Unlock Huntress 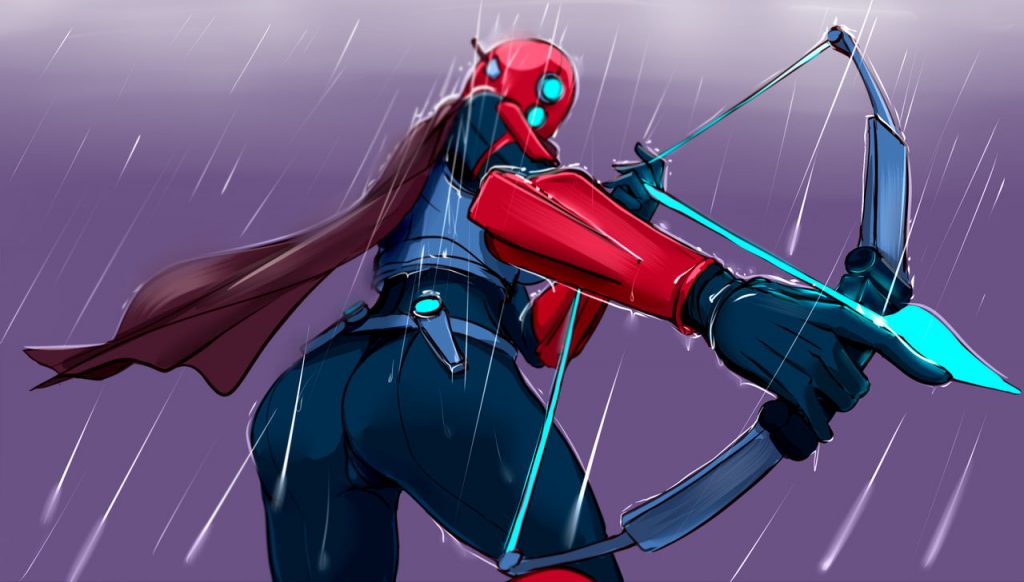 Risk Of Rain 2: How to unlock Huntress

Unlocking this character can be challenging for anyone new to Risk of Rain 2. Huntress is the second or third character most players will unlock. You’re required to play this game to your expert point before unlocking Huntress for newbies.

Huntress can shoot enemies while sprinting and has substantial area damage. She can also sprint and bounce off enemies up to six times, and one of her attacks suspends her in the air so you can use it when you want to get out of danger.

How to Unlock MUL-T 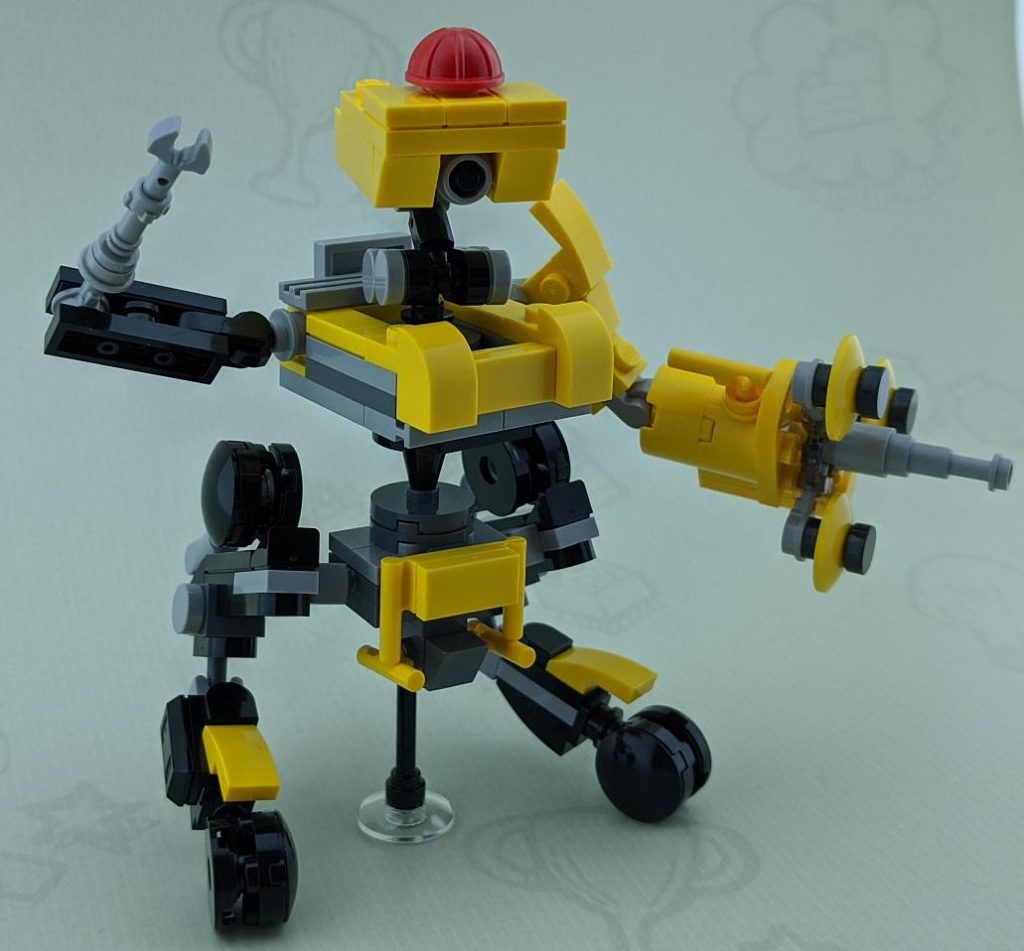 How to unlock MUL-T

This is one of the easiest characters to unlock in Risk of Rain 2. You’ll naturally unlock MUL-T just by clearing the first stage five times. To start a new single-player game on easy difficulty, blast through the first zone, quit and repeat five times.

MUL-T has a speed dash that can get away from enemies quickly and can swap between two types of attacks at any time. His other attack is a long-range sniper, which is good for picking enemies off at a far distance. Additionally, he has Cluster grenades in his arsenal, which can be used to deal some damage and stun enemies.

How to Unlock Engineer 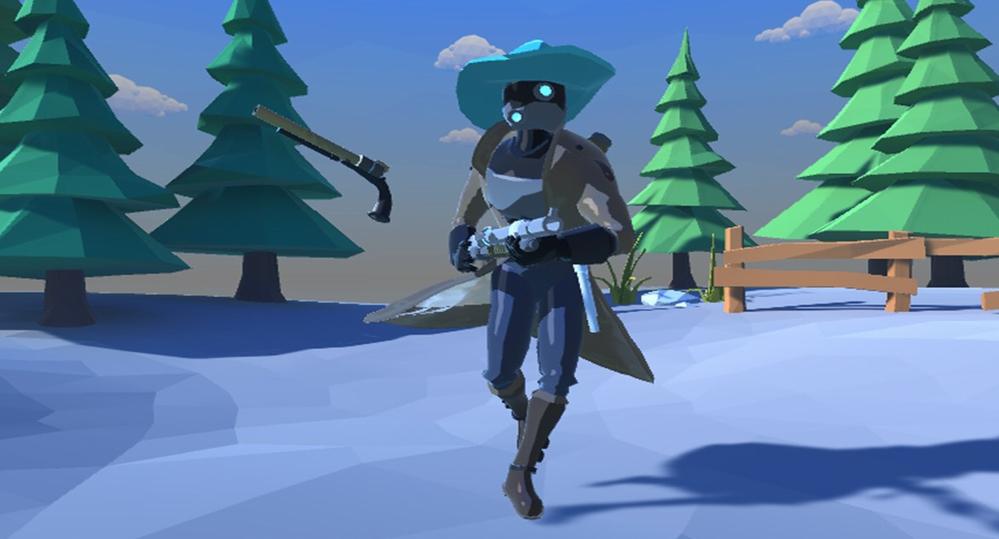 Risk Of Rain 2: How to unlock Engineer

Like MUL-T, you’ll eventually unlock the Engineer after completing 30 levels. It doesn’t matter what stages you clear, what characters you use, or what difficulty you play on. You can play the first state 30 times or complete three impressive ten-stage runs. Playing on easy will speed up the process.

Engineer is a defensive-oriented character with a wide arsenal of tools at his disposal. Place mines, shields, or dual-turrets with the engineer to take down enemies and help your team survive. This requires a more strategic style of play and good timing to make the most out of this character.

How to Unlock Loader 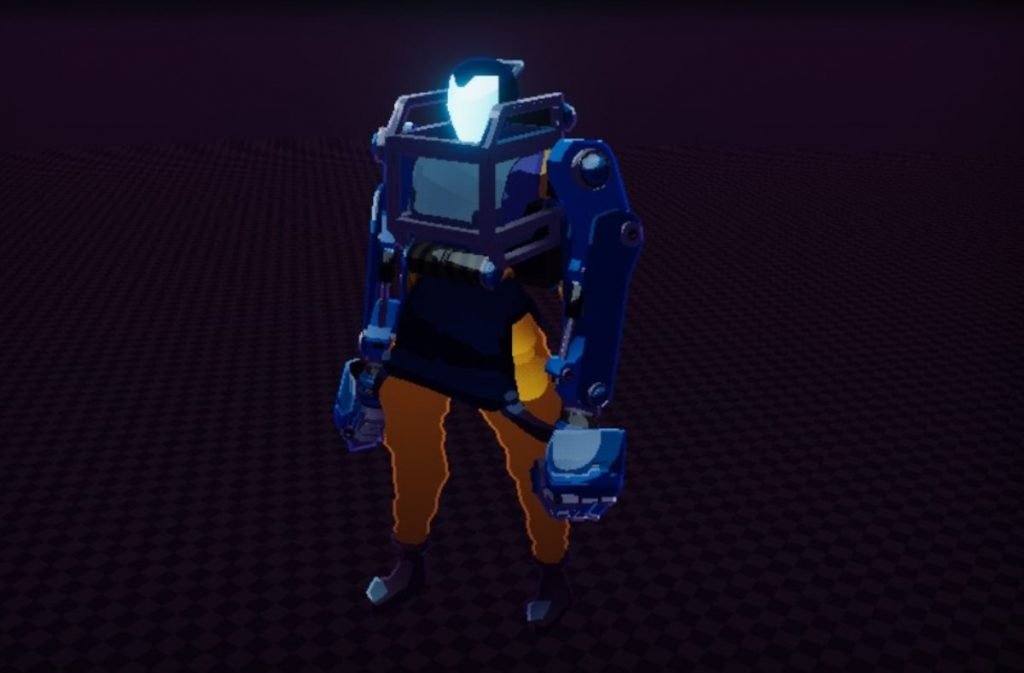 How to unlock Loader

This is quite similar to Mercenary, and the Loader is a complicated character to master and equally hard to obtain. You must complete the ‘Guardian Offline’ challenge to unlock Loader. To unlock the Loader, you need to defeat the unique boss of the new area, Siren’s Call – not the Teleporter boss, but a special boss that only appears after a short ritual of sorts.

Siren’s Call has blue eggs dotted around him. You must destroy five egg nests to spawn a unique boss. The Alloy Worship Unit is a formidable enemy with a massive health pool, deals ludicrous amounts of damage, and persists until you kill him. On death, the Alloy Worship Unit will spawn a Rare item and unlocks Loader as a playable character when defeated for the first time.

How to Unlock Artificer 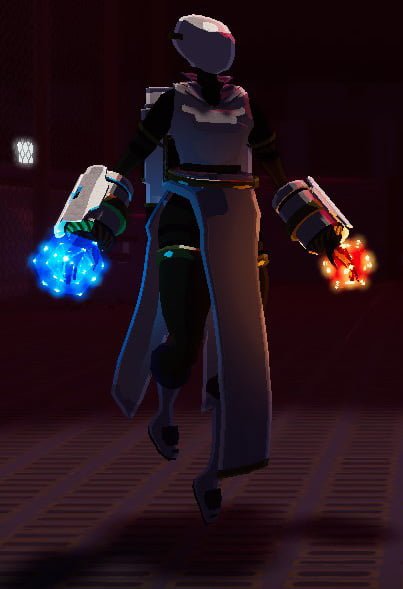 Risk Of Rain 2: How to unlock Artificer

Artificer is one of the most annoying characters to unlock. She requires Lunar Coins to unlock, which rarely drops off of slain monsters. Once you’ve gotten the required coin, use them to free Artificer from the ice prison inside the blue item shop. Lunar Coins randomly drop from enemies, so keep playing to earn more.

Artificer is a ranged caster class capable of dealing elemental damage and a large area of effect damage. This character can snap freeze enemies for 100% and will immediately kill anyone at low enough health. Additionally, he can burn enemies in front of you in a cone for 1700% damage using his flamethrower.

How to Unlock Acrid 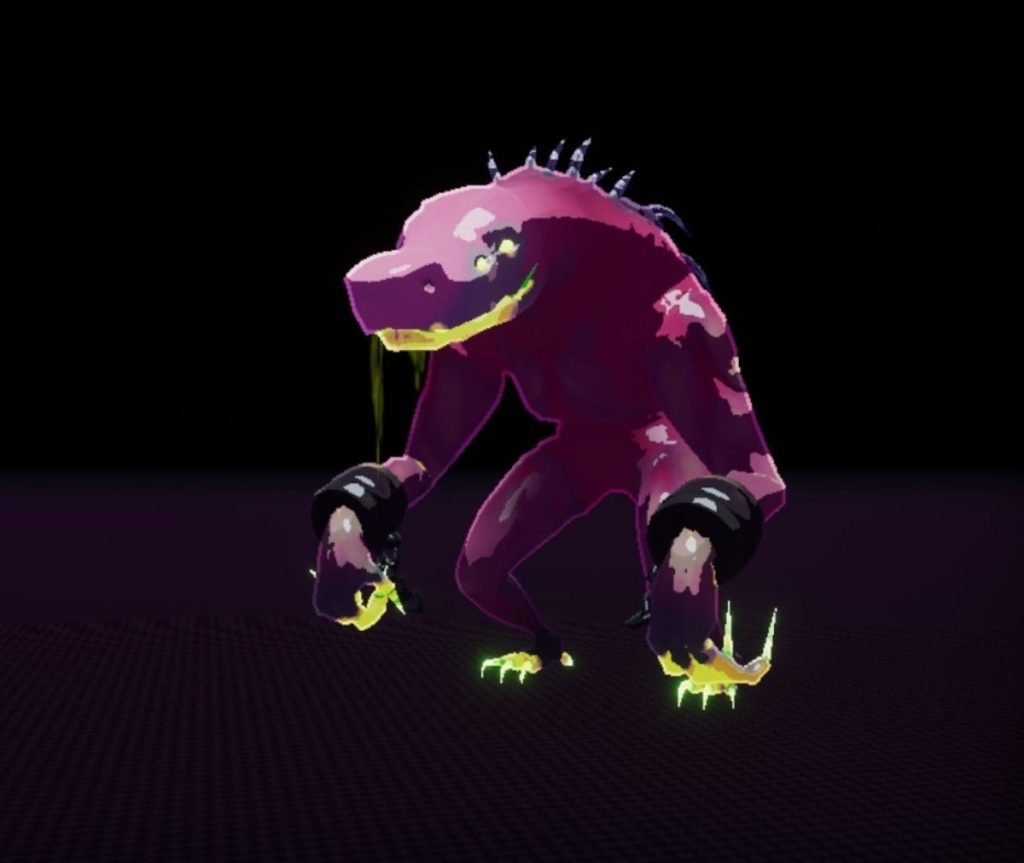 How to unlock Acrid

This is one of the best secrets of Risk of Rain 2. There’s a hidden cave leading up to a purple portal between Time. Take this portal and be transported to the Void Fields. You must complete all nine challenge cells here to unlock this character.

Acrid can poison has enemies called passive poison kill. This poison cannot kill enemies, but it will drain their health and these specific attacks poison enemies for 10% of their maximum health over time.

How to Unlock REX 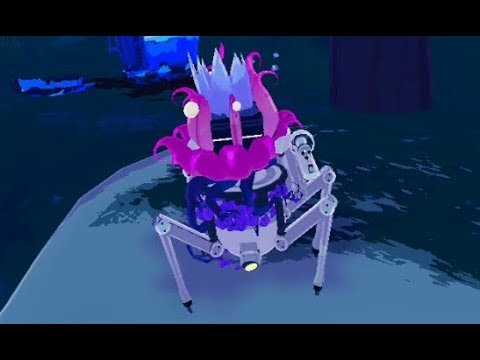 Risk Of Rain 2: How to unlock REX

This character is one of the best in the game, but unlocking him will take great skill. Therefore, you will need to be exceptionally proficient with your Survivor’s skills if you want to unlock REX.

Head back to your escape pod and interact with it to obtain the Fuel Array Equipment item once you spawn. It does nothing beneficial and will explode if you fall below half health. You must escort this Array to REX’s body in the Abyssal Depths. It is recommended you do this on the easiest difficulty and focus on reaching the fourth stage as soon as possible to make this easier.

Rex is a great crowd control player with a high-risk style of play. Some of his moves take off a portion of his health whenever you use them. The upside is that they deal a ton of damage when used correctly.

How to Unlock the Captain 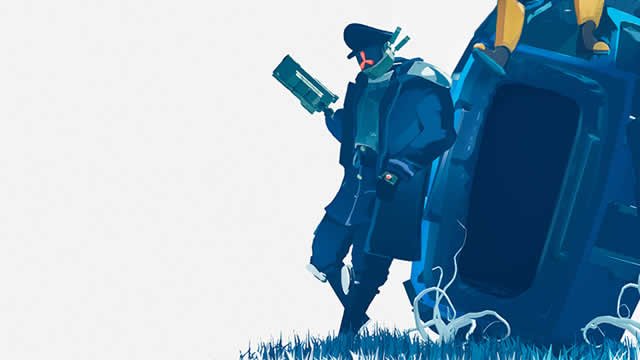 How to unlock Captain

Beat the final boss in the Commencement.

Encounter Sky Meadow and proceed through the level, defeating all enemies on the way. Finally, get to the final boss and defeat him to unlock The Captain.