Easy Tips To Catch A Ditto In Pokemon Go 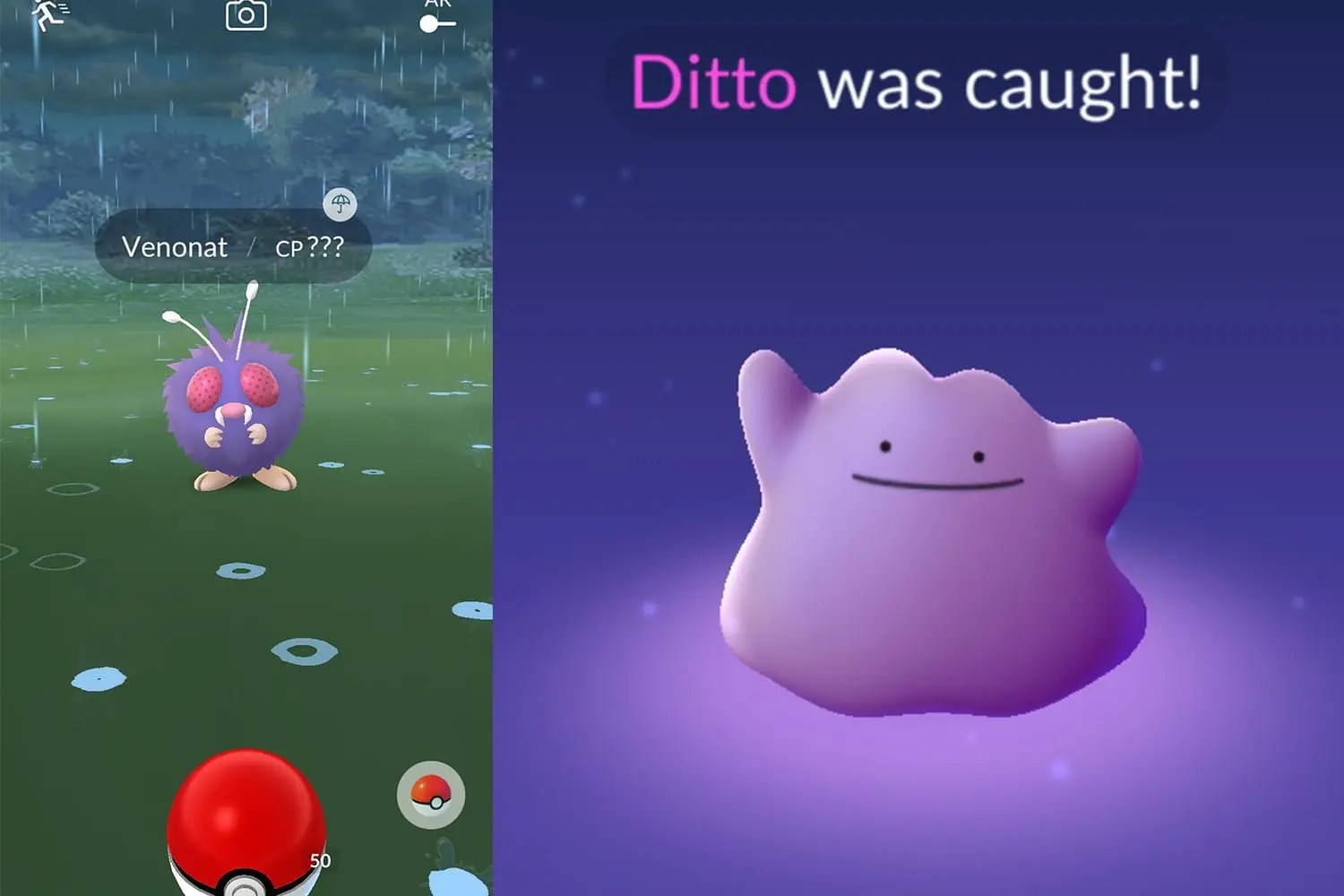 Catching a Pokemon Go Ditto is not an easy task. If you’re familiar with how Ditto works in the Pokemon series, then you’ll know it can mimic the form of whatever Pokemon it is facing.

Ditto can disguise itself as a number of other Pokemon, depending on what species are in the pool at the time. Therefore, catching a Ditto is essentially a case of catching as many Pokemon in the Ditto pool as possible until one turns out to be a Ditto in disguise.

Although Ditto was missing from the original launch of Pokémon Go, Ditto eventually found its way into the world, hiding as Pidgey, Rattata, Zubat, and Magikarp. With each subsequent generation, Ditto has learned to transform into new species and sometimes, it will stop showing up as certain species.

We’ve got some tips and tricks for catching a Ditto here for you though, to help make the grind a little easier.

The trick to catching a Ditto in Pokemon Go is knowing which Pokemon Ditto can be found inside. It disguises itself as other Pokemon, because it can mimic their form with the Transform ability – it’s not literally inside them. As part of the various Special Research tasks, you may be required to catch a Ditto, so while it’s impossible to see a wild Ditto, you can find one easier by knowing which Pokemon it can look like. Here’s everything we know about catching a Ditto in Pokemon Go and all the Pokemon Ditto can be disguised as.

How to catch a Ditto in Pokemon Go 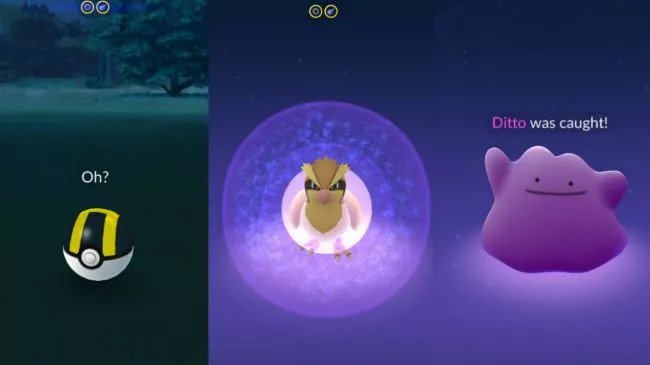 How to catch a Ditto in Pokemon Go

It’s important to note that you need to go all the way through the catch screen and actually succeed at catching the Pokemon. Ditto only reveals itself once this has been successful. Instead of the regular ‘Gotcha’ when you manage to snare your creature, an ‘Oh?’ will appear above the ball and Ditto will reveal its true happy smiling self. Voila. Mission accomplished.

Which Pokémon can be Ditto in Pokémon Go?

Ditto can be hiding as any of the following Pokémon:

Note: These can change and more Pokemon have been added in the last two years to make the hunt easier.

Catching a Ditto is all based on your luck but there are a few ways you can make sure you are maximising your Pokemon Go time.

Use your nearby radar

Always keep an eye out for the target Pokemon on your nearby list. While they are all relatively common Pokemon, it’s helpful to be able to see what’s where, especially as more and more Pokemon are added to the mix.

Catch Ditto with lures and incense 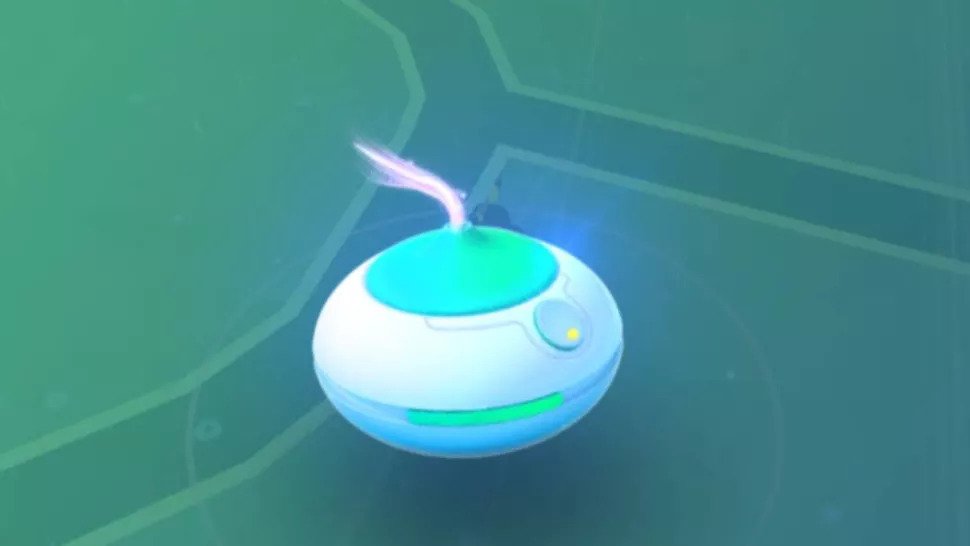 Catch Ditto with lures and incense

You can catch a Ditto from both lures and incense. If you’re staying in the one spot but don’t want to miss out, pop on a lure and/or incense, target the list Pokemon and you might just find Ditto comes to you instead of the other way around. 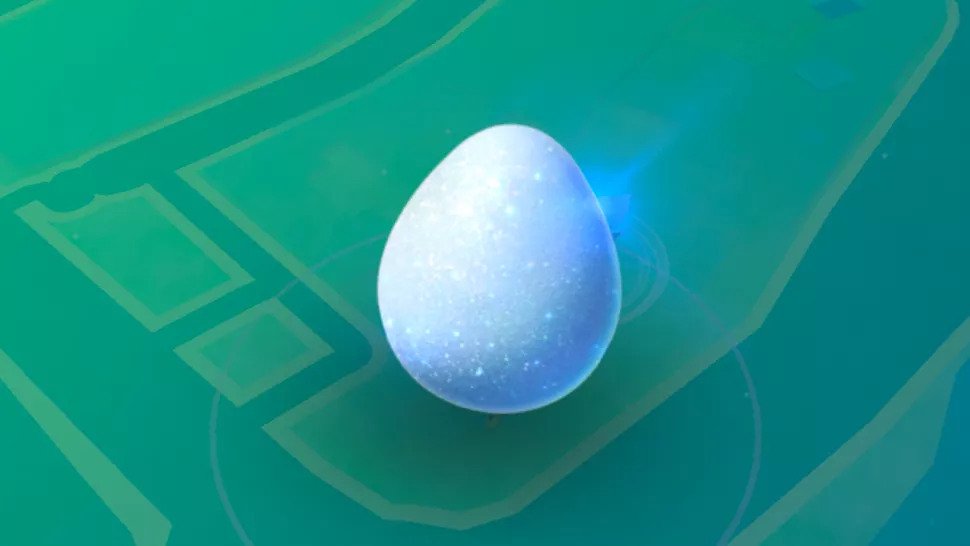 This won’t help your odds of catching Ditto but if you are heading out on a Ditto hunt you’ll be earning stacks of XP as you check every Pokemon you encounter. Crack a Lucky Egg and you will double this XP for half an hour. The same goes for Star Pieces. It’s time to maximise the grind, people.

Once you actually have Ditto, you’ll find it has an intriguing use in Pokemon gyms. Take it in to battle and you’ll find that it transforms into its first opponent’s form and takes on that Pokemon’s move set, while keeping its own CP. Bear in mind though, it only changes form once for the first opposing Pokemon it encounters so you’ll be stuck with that one for the full gym battle.

You cannot hatch Ditto from an egg. It must be caught with a Poke Ball using the above method.

Why do the Pokemon that can be Ditto in Pokémon Go change? 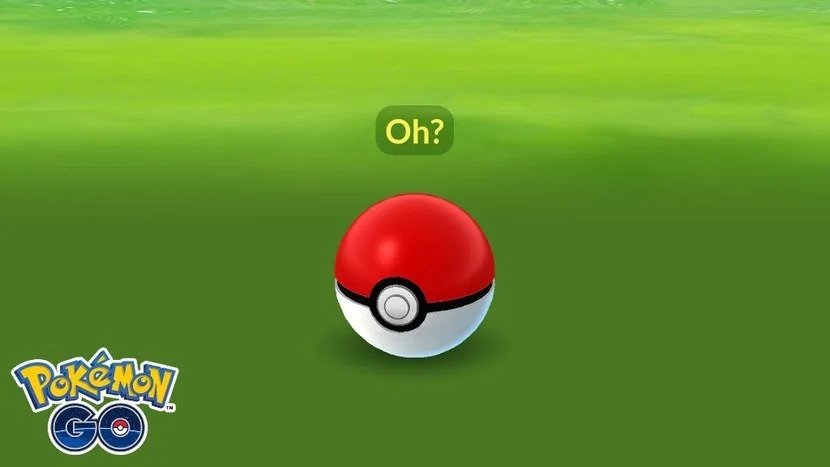 Why do the Pokemon that can be Ditto in Pokémon Go change?

When Magikarp was the first Pokémon in Go to have a Shiny variant available, Ditto could no longer hide as Magikarp. Since then, anytime a Shiny variant of a potential Ditto species is released, it is removed from the pool and more Pokémon are added to the pool to compensate. They’re always really common Pokémon, so as to avoid disappointment over a Pokémon you really wanted turning into Ditto.

How do Gyms and Raids work with Ditto in Pokemon Go? 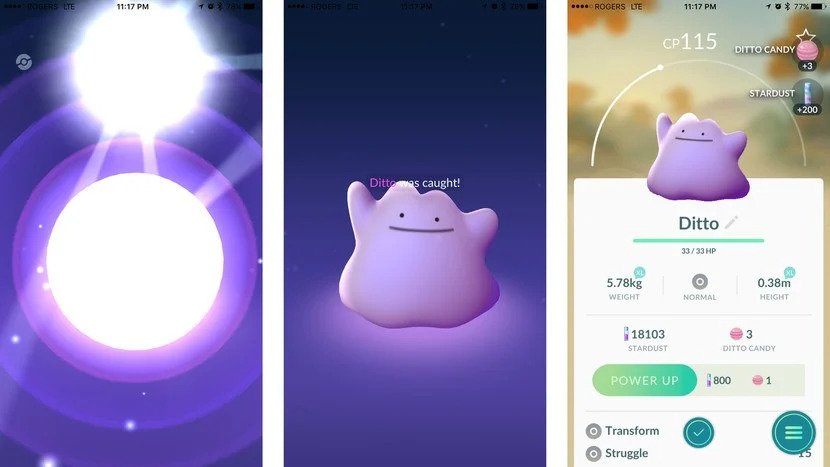 Ditto only has one moveset: Transform and Struggle. Transform does zero damage but, instead, immediately changes Ditto in the same Pokémon he’s fighting. That’s true whether he’s defending a Gym or attacking it, for training or for taking down.