Chromecast Vs. Chromecast Ultra: Which One is Best for You 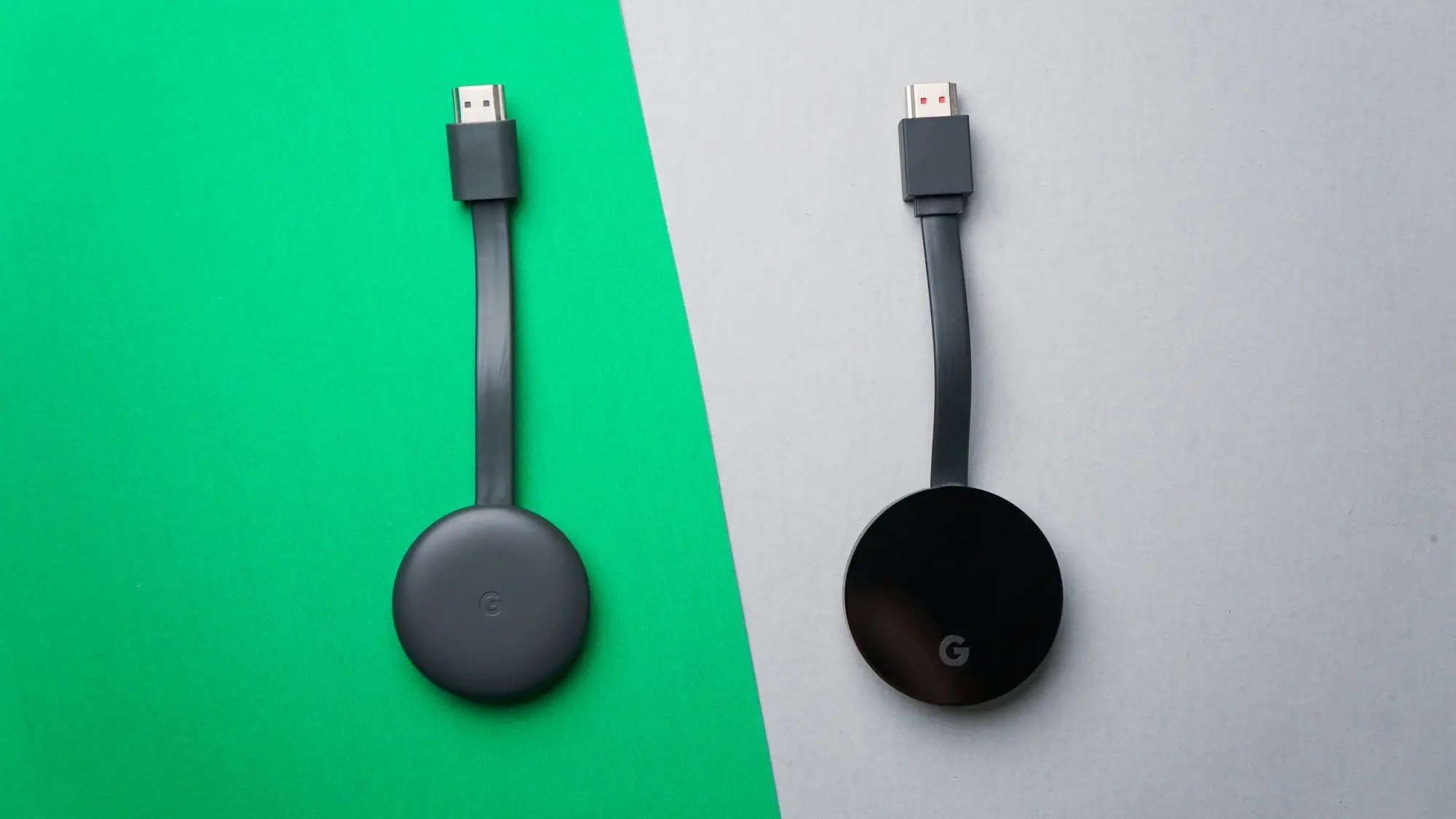 With one of Google’s Chromecast devices, you can stream your favorite Disney+ or Netflix shows straight from your phone to your TV, but which one should you choose? At a glance, they can both look pretty similar, in both design and features, so we’ve put together this guide to show the key differences between Google’s Chromecast and Chromecast Ultra.

Here is our Chromecast vs Chromecast Ultra guide as we put Google’s best streaming devices head-to-head.

And now there’s a new Google streaming stick on the block, we will also be considering how spending your cash on the new Chromecast with Google TV may be a better choice.

What is the difference between Google Chromecast and Chromecast Ultra?

Both Google Chromecast devices allow you to stream your favorite shows from your phone to a larger screen such as a projector or TV. The streaming players plug into the HDMI port on your TV so are hidden out of sight, and stream via Wi-Fi. For a more detailed breakdown, read our guide on how to set up Chromecast.

While the set-up is largely the same, there are some features that vary depending on whether you splash out for the more expensive players or stick with the cheaper Google Chromecast.

Here are the key differences between Google Chromecast and Chromecast Ultra to help you choose the right device for you.

However, in late 2020, Google released a new streaming device called the Chromecast with Google TV to act as a replacement for the Chromecast Ultra. This means that while the device is still available at selected retailers such as Argos stock is limited.

The new Chromecast with Google TV has a slightly more oval shape but still slots into the HDMI port like the other devices. It is, however, available in three colors – white, pink and blue – rather than the traditional black. It also comes with a voice remote, similar to that of an Amazon Fire TV Stick or Roku media player.

One of the biggest reasons for the difference in price is due to streaming quality. The Chromecast Ultra allows you to watch content in up to 4K Ultra HD while the original Google Chromecast only supports 1080p resolution. The new Chromecast with Google TV is also a little more expensive at £59.99 but comes with 4K resolution and voice control via the newly-added remote.

If you intend to use a Chromecast device to upgrade an old TV, you may want to check if it is 4K. You will only be able to take advantage of the better streaming quality of the Chromecast with Google TV or Chromecast Ultra if your TV is also 4K. Otherwise, we suggest saving your money and purchasing the standard Google Chromecast.

Both the Chromecast and Chromecast Ultra allow you to cast a broad range of streaming and on-demand services including Amazon Prime Video, BBC iPlayer, YouTube and Disney+. You can cast with a range of devices such as an iPhone, iPad, Android, Mac, Windows device or Chromebook.

The interface on the new Chromecast with Google TV has been updated. This new upgrade is now what’s called ‘Google TV’. This allows you to access the apps above without having to cast from your phone or tablet.

The Chromecast Ultra includes an Ethernet adapter, so you can plug the device directly into your router or modem for the strongest, fastest network connection. Streaming video is pretty reliable over Wi-Fi if you have a good router, but a wired connection ensures even more speed and reliability, and that can be the key to whether Netflix actually sends a 4K HDR signal to your television or whether it throttles down to 1080p because it thinks that’s all your network can handle.

According to Google, Chromecast Ultra is simply faster than Chromecast. The distinction is “ultra fast load times” compared with “fast load times.” Whether there actually is a noticeable difference is a question we can’t answer until we test the new device.

Why Buy a Chromecast?

A Chromecast plugs into an HDMI port on your TV, A/V receiver, or any other display that can play video and audio. Once the dongle is set up, it can mirror your phone or computer screen, or receive an online stream from many Android apps or any Chrome browser. Once a stream is connected, the Chromecast takes over the connection, so only the Chromecast’s bandwidth is taken up; your phone or laptop, despite being the source of the stream, no longer uses processing resources or battery life to power it.

The unique casting tech and price make a Chromecast the best way to stream your media.

There are thousands of apps in Google Play and the Apple App Store, including hundreds of the most popular streaming services, that are Chromecast-enabled. Google maintains a robust (but not necessarily complete) list of Chromecast-enabled apps, in case you want to check if your favorite niche app casts.

Also read: Hulu Subscriptions And Services: All You Need To Know

Who Should Buy the ‘Regular’ Chromecast?

This third-generation Chromecast is the basic media streamer many of us want. It handles 1080p video streams really well, it’s small, and supports 802.11ac Wi-Fi at both 2.4GHz and 5GHz for easy setup and good quality. It can be powered by your TV if you have a suitably powerful USB port on the back, but there’s also a power adapter in the box so you can even plug it into older TVs.

This Chromecast’s main shortcoming is that it doesn’t support 4K or HDR video; it’s limited to just 1080p. If you own a 4K-compatible TV, your Chromecast 3rd-Gen streams won’t look as crisp and vibrant as they should. At the same time, not all streaming services offer 4K streams, and the ones that do often require higher bandwidth than your internet plan or router can handle.

However, there are some exceptions. If you want a dongle that doesn’t take up a power outlet, only the Chromecast is low-power enough to run on your TV’s USB port. And if you own another streaming device for 4K video, and really just want a second, cheap device just for casting regardless of the lower resolution, then the Chromecast 3rd Gen will save you some cash.

Who should buy the Chromecast Ultra?

Before the Chromecast with Google TV, the Chromecast Ultra was the only means we had of casting in 4K HDR. With a 2×1 MISO (Multi Input Single Output) antenna for faster network speeds and low latency, the Chromecast Ultra took advantage of its powerful hardware to stream with minimal buffering or skipping. It also features an ethernet port for a more consistent internet connection, in case your wireless is spotty wherever your TV is located.

So, with the Ultra all but defunct, why buy one? Because it’s the only Chromecast that works with Stadia and can stream games on television. The Chromecast with Google TV will reportedly get access to Stadia streaming sometime in the first half of 2021, but that means you’ll have to wait between three and eight months.

You can play Stadia on your phone, PC or laptop, but streaming games on your TV in 4K is an awesome perk. If you decide you don’t want to wait patiently for Google to add the service, then you can buy the Google Stadia Premiere Edition, which includes a new Chromecast Ultra and the excellent Stadia controller. With these in hand, you’ll get access to our favorite Stadia games months before Chromecast with Google TV owners.

The Ultra will never get access to Google TV, but many buyers won’t mind: there are plenty of Chromecast alternatives for you to try for streaming while relying on the Ultra for casting specifically.