The 10 Best Bukkit Plugins For Minecraft 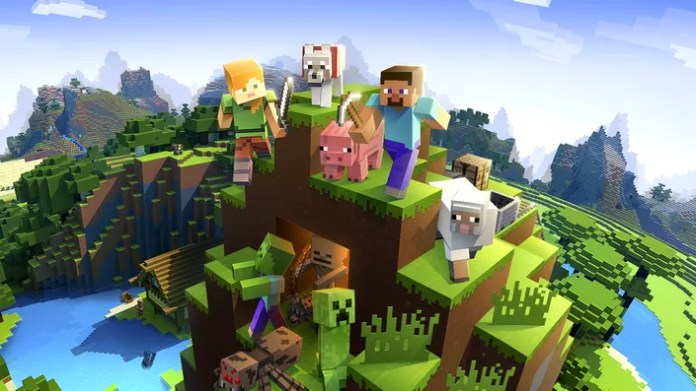 It’s easy to modify and secure a Minecraft server. However, you can add powerful administration tools using the right plugins. This makes it impossible for trolls to grieve your players and create new gameplay experiences. This article will highlight the top 10 best Bukkit plugins for Minecraft and explain their functions.

This works for both CraftBukkit and Spigot. If you’re not on both servers, I don’t think this can work for you. Before getting into that, let’s talk about the meaning of Bukkit and what it works for.

Bukkit is an application programming interface, also known as API can be used to create plugins for Minecraft. This app help programmers develop plugins, and server administrators install them.

In a nutshell, here are the best Bukkit plugins you can use. Our list contains different plugins. Read all to figure out the best one for you.

Vault can be used to manage interactions between other plugins. This plugin isn’t flashy, and it easily keeps things running smoothly and provides a framework for chat modifications, economy systems, user permissions, etc. However, it’s also essential if the server you want to run uses a lot of plugins.

Don’t miss: How To Make A Chest In Minecraft.

Since many popular plugins don’t work without Vault, it should be one of the first Bukkit plugins you download.

Note: Vault should be the first interesting Bukkit plugin you download because many popular plugins don’t work without Vault. Hit the download button below to get it on your device.

EssentialsX provides Minecraft server admins with over 100 useful commands and tons of features like kits for new players. Furthermore, it is noted as one of the versatile and useful plugins to add to a server. However, this plugin is one of the most used and useful Bukkit plugins available.

EssentialsX allows you to customs aspects of the chat, spawn, prefixes/suffixes, etc. However, it requires a vault before some features will work.

Looking for a plugin that allows the server admin to set and change which commands specific players can use, the bPermissions is the best for you. More importantly, this Bukkit doesn’t need to edit configuration files and restart the server whenever you want to give or remove permissions from anyone.

Also read: How To Tell When Someone Reads Your Text Message

This is one of the Bukkit plugins that require Vault. First, however, use the download button below to install it on your device.

WorldEdit provides you with powerful tools to shape and change the landscape of your Minecraft server. First, however, WordEdit is a must-have Bukkit for fast building on a Minecraft server. It allows you to build massive structures, paint the ground with the brush feature, and make incredible server builds with just a few clicks and commands.

WorldGuard primary purpose is to help you protect certain regions and allow players to access specific items in those regions, such as the chest. In addition, however, this plugin can be used to set which players are allowed to destroy or modify blocks within specified boundaries, which makes it impossible for anyone to destroy your hard work.

DynMap works like Google Maps for your Minecraft server. This plugin can create a highly detailed overhead view of your world that anyone can access from a web browser. It also features real-time updates, allowing you to know your players’ location.

Don’t miss: How To Find The Best Wi-Fi Channel For 5GHz Frequency.

If you’re looking for a Bukkit that can make the player earn money through action in-game, the Jobs Reborn is the perfect plugin for you.

Multiverse is built to host multiple worlds on one Minecraft server. But, more importantly, admins can freely create, destroy and teleport the newest names worlds.

Holographic Displays is Bukkit color code compatible, so it allows you to put text anywhere in your world with the text and format you want.

CoreProtect is the best grief reversal tool for Minecraft because it allows admins to undo any grief that was done completely. CoreProtect logs all the blocks broken and placed on your server, and then, with a few commands, you can undo those blocks.