Spotify vs Tidal: Deciding Which is Best for You 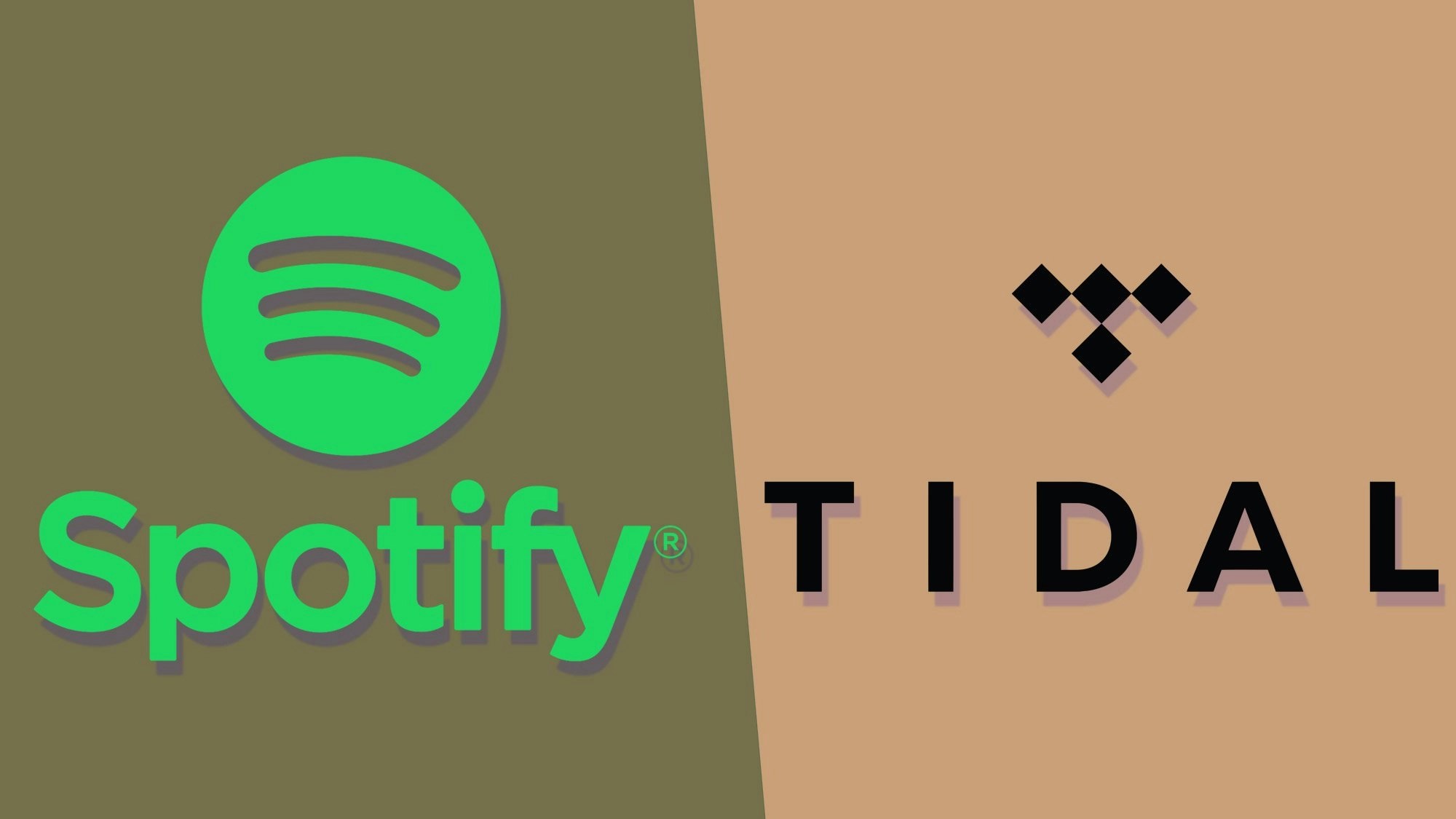 Spotify vs Tidal – The basic premise of Spotify and Tidal is the same. Both allow you to stream music, create playlists, download songs for offline listening, and discover new tracks based on your personal taste, among other things. Both platforms are almost thing, but there are loads of big and small differences between the two services.

Spotify is currently the world’s most popular streaming service, hitting 113 million subscribers in October last year, and continuing to grow; and that’s in spite of mounting competition from the likes of Apple Music, Amazon, and Google.

Another competitor is Tidal, which received a big push in 2015 when it was acquired by hip-hop icon Jay-Z. It launched as a bit of a joke, but in recent months, Tidal has carved out space as the music connoisseur’s streaming service. However Spotify isn’t perfect as a service, and its lossy audio streams have left audiophiles craving a little more fidelity – which is where Tidal comes in.

To help you decide which streaming service comes out on top in the Spotify vs Tidal battle, we’ve rounded up all the major differences between them. These include everything from audio quality and pricing to music discovery and social features. Let’s dive in.

Both services are terrific, so making a choice between the two may prove tricky. Fortunately, we’ve put the rival music services to the test to help you decide which is best for you.

The competition, comparison, and difference of both Spotify and Tidal are not just about ethics and audio quality though; both streaming apps offer different user experiences, pricing structures, and music catalogs. The most confusing part of these two apps is making the best choice for your needs.

Both services are quite similar when it comes to music discovery, but not the same. Spotify has the popular Discover Weekly feature, which is basically a curated playlist containing the songs from artists and genres you’re listening to. Every Monday of the week, you’ll be getting a new playlist that contains 30 tracks. Plus, the service also creates up to six daily mixes for you based on your listening habits.

(Tidal Rising connects you with up-and-coming artists from around the world.) #Image

Tidal doesn’t have a weekly playlist but does offer up to eight playlists each of them revolves around a specific genre you’re into. Additionally, it includes a feature called Tidal Rising that shows you the tracks and albums from up-and-coming artists from around the world. Plus, there’s the “Top” feature that gives you access to Billboard’s top songs by genre and a selection of the best tracks, albums, as well as songs of the last decade.

Despite the fact that both apps did a great job at music discovery. Notwithstanding, we think Spotify does it a bit better. This is because it offers a lot of playlists for more or less every genre out there. Though Tidal service is owned by Jay-Z and is very hip-hop heavy, it has just 32 hip-hop playlists, while Spotify has 54 of them. Spotify also has way more top charts available that list the best songs by country.

Also read: How to stop Spotify from opening on startup on your Mac

Spotify vs Tidal: Price and availability

Both Spotify and Tidal offer a number of different subscription tiers – but only Spotify offers a free plan (though it is ad-supported and you can’t listen to tracks in the order you want). However, this free service tier played a major role in Spotify’s road to domination. This lowered the barrier to entry, letting anyone access the entire Spotify catalog. Though there are drawbacks to the free tier.

Firstly, this service limits the number of songs you can skip per hour. Secondly, albums are limited to standard or shuffle play—you can’t play songs on demand. Finally, Free users find their listening sessions interrupted by ad breaks.

The cheapest paid Spotify plan is Spotify Premium, which costs $9.99 / £9.99 / AU$11.99 per month, and gives you unlimited access to its 30 million-plus track library on your laptop, phone, and tablet. Spotify Premium also lets you download tracks to three devices at a time for offline playback. And also unlock the ability to cache songs to your device for offline listening.

Discounts are available for students, and you can even get Premium and access to the mindfulness app Headspace under one discounted plan. Students get Headspace access as part of their Premium package.

Additionally, if you’re willing to steak with Spotify, you’re advised to save up your money and sign up for Spotify Premium for Family account, which allows up to six people to connect to Spotify at one time (if you try to do this with a regular account, you’ll get bumped off the service as soon as another user plays a song). This tier costs $14.99 / £14.99 / AU$17.99 and requires all members to live under the same roof.

Tidal only has a 30-day free trial, not a free tier. After that trial period, you can subscribe to Tidal Premium for $9.99 per month. This gives you features similar to Spotify Premium: a library of 70+ million songs, unlimited skips, offline listening, and a host of exclusive live streams and events.

If it’s Hi-Res Audio you’re after, you’ll need to shell out $19.99 / £19.99 / AU$23.99 per month for Tidal HiFi. So, Spotify offers cheaper subscription plans, but it doesn’t provide a higher fidelity tier for audiophiles as Tidal does.

Spotify offers four levels of music quality: Low, Normal, High, and the Premium-only Very High. Low is equivalent to 24Kbps, Normal is 96Kbps, High is 160Kbps, and Very High tops out at 320Kbps. That’s good enough for the average listener but doesn’t approach lossless music in any way, shape, or form.

Then there are HiFi and Master, both of which are part of Tidal’s most expensive plan — more on this in the next section. HiFi recordings are CD-quality lossless FLAC files, which means you’re benefiting from 44.1kHz/16bit audio files. Tidal starts at 320Kbps for its standard streaming playback, offering AAC quality at its lowest level. HiFi kicks things up to lossless 1411 Kbps, which is great for the budding audiophile.

Tidal offers the Masters level, Master Quality Authenticated (MQA) recordings at anywhere from 2304Kbps and up. The company says these tracks are typically 96kHz/24-bit and authenticated by the artists themselves. It doesn’t get much better than that unless you’re in the booth when they’re recording.

Also read: How to move Apple Music playlists to Spotify

Quantity isn’t everything in this competition, it’s the quality that counts. In this part, Tidal has a leg up on Spotify when it comes to library size. It boasts over 60 million tracks, which is 10 million more than its biggest competitor. However, Tidal does a better job when it comes to exclusives. Thanks to Jay-Z’s connections and influence, a lot of famous artists like Beyonce and Rihanna released their albums/songs on Tidal first, before publishing them on competing services months down the line.

Spotify is great for podcasts, while Tidal is great for videos. Spotify contains millions of podcast titles. Popular or niche, there’s a good chance the podcasts you’re into are on Spotify. This is great news, as you don’t need a separate app for podcasts.

However, to make exclusive for the service, Spotify is actively buying the rights to certain podcasts. Including the highly popular The Joe Rogan Experience, to which the company reportedly paid $100 million for the rights. Other exclusive podcasts include the one hosted by former First Lady Michelle Obama, among others.

Tidal is entirely about the music though. You get the same curated playlists and recommendations, but there’s a whole lot more for the musically inclined here. The service has created podcasts wholly focused on music culture, like Elliott Wilson’s Rap Radar or Fat Joe’s Coco Vision; they’re not exclusive, but it does highlight Tidal’s focus.

Additionally, you’ll find in-depth articles about musical artists, music videos, Livestream concerts, and other content. Take Alicia Keys’ recent album, Alicia. You could listen to it on most services, but only on Tidal could you go through the track-by-track visual commentary or fire up her Credit Due episode, a show that highlights the album’s contributors. If you want to go all-in on your favorite artists, Tidal offers the extra content that matters.

Both Spotify and Tidal are fantastic music streaming services. Which one is best depends on the extra features that bring more value to you. Thanks for reading.