Samsung Galaxy S21 Vs Galaxy S10: Should You Upgrade? 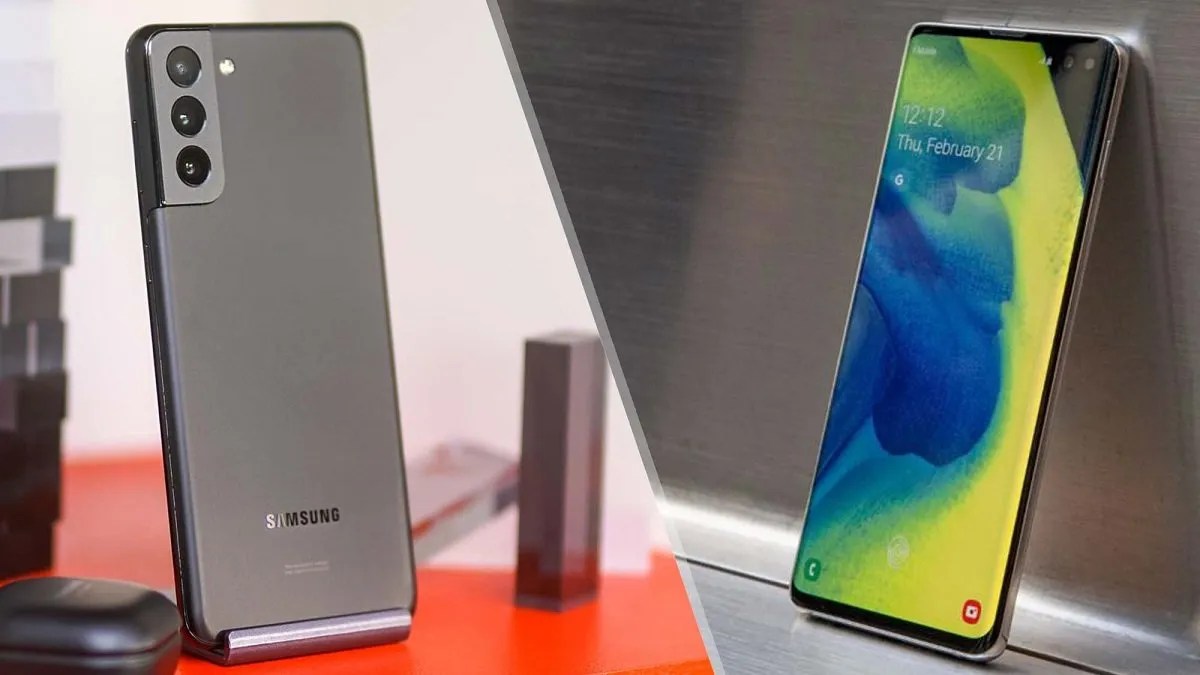 Samsung Galaxy S21 Vs Galaxy S10 – Samsung has proven itself to be top-notch when it comes to mobile smartphones. Their advancement is seen even in other gadgets. It is a given that newer devices are supposed to outshine previous models. But even then, there are specs and features you could prefer in previous versions.

Going shopping for a new phone and pondering about your choice? Not to worry. This article compares the Samsung Galaxy S21 Vs S10. In addition, this comparison also helps you to note those upgrades and see if it suits you. From their prices, all the way down to our final conviction. Read on to know more. 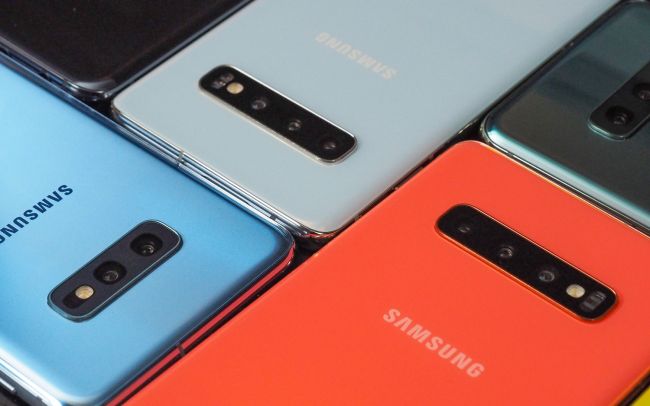 The Samsung Galaxy S10 launched on March 8, 2019. At its launch, prices started from $749 for the 128GB model. This, unlike the Galaxy S21, was more expensive than its immediate predecessor the Galaxy S9. There was also a 512GB model made available for $1,149.

This was year zero for 5G phones. Therefore, a separate Galaxy S10 5G model was shipped in June 2019. This was to accompany the rollout of the first 5G networks in the US and the UK. The initial price for this model was an eye-watering $1,299 for the 256GB version. And $1,399 for the 512GB version.

Neither of these models is being sold as new through Samsung in the UK or the US. But then, you might still find a brand-new unit through the usual third-party sellers. 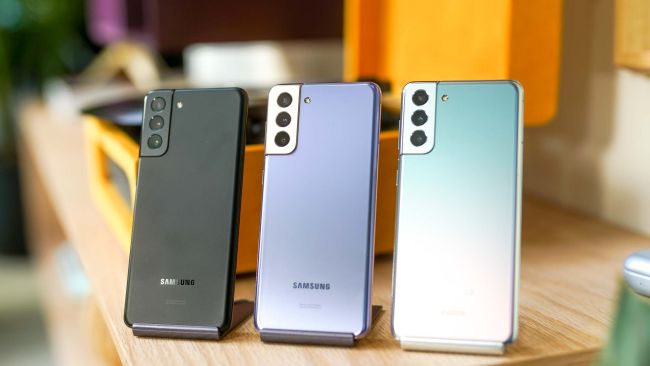 The S20 series brought about a new form of design in Samsung’s history. Instead of the usual bar, the back cameras are simply confined to one corner. For the front camera, it is centered along the top instead of being off to one side.

The S10 and S10 Plus received plenty of fun and wild color variety. Notably, the yellow one, whereas the S21 and S21 Plus are more reserved in the: 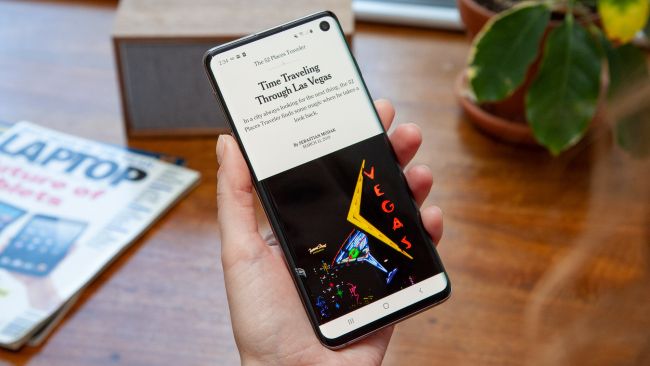 Nevertheless, while the older phone can go much sharper, however, the newer device can go much faster. This is due to a 120Hz adaptive refresh rate. The content on the Galaxy S21 has the potential to scroll past with literally double the smoothness of the Galaxy S10.

Lastly, each phone has an ultrasonic fingerprint sensor placed underneath its display. None of these is lightning quick, but the Galaxy S21 speeds things up and expands the surface area by a considerable 70. This makes for a much less authentication experience than with the Galaxy S10. 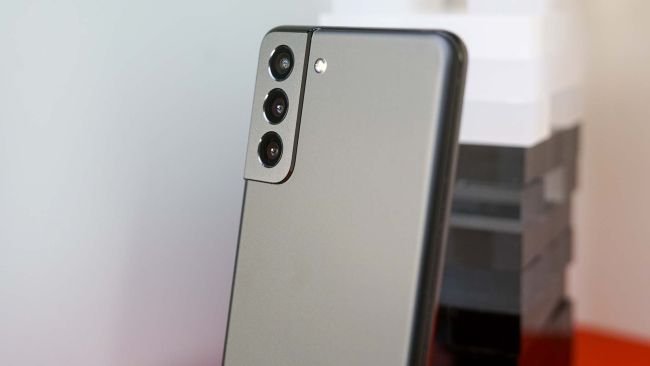 Samsung retained the triple camera setup on the S21 and S21 Plus. This is the same as the Galaxy Note 20’s. When you look closer, there have been improvements to the telephoto lens. It now sports 3x optical zoom versus the 2x on the S10 and S10 Plus. Samsung’s Space Zoom feature can result in 30x photos on the newer phones. It’s rather impressive.

All of these Samsung phones feature ultrawide lenses to get those dramatic shots, especially for nature scenes. The major differences come down to software-powered camera features on the newer models. An example is the crazy Space Zoom feature that can net you 30x zoom photos. Also is the Super Steady mode that uses AI to keep your video steady.

Some camera features have found their way to the S10 by way of software updates. Verizon users, for example, got a software update for the Galaxy S10 models. This lets the Photo, Portrait, and Hyperlapse camera modes detect low-light. Still, if you want the best camera features possible, it’s better to go with the newer models.

For the front cameras, all four phones have a 10MP sensor. Although the Galaxy S10 Plus adds an 8MP shooter alongside. If the selfie mode is important to you, you won’t be disappointed with the S21 and S21 Plus. Practically, the differences in photo quality between the S10 and S10 Plus may not be easily visible to most people.

Also read: How To Factory Reset A Samsung Galaxy S8 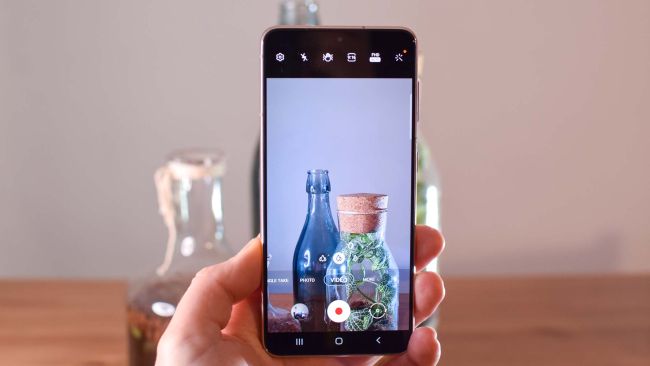 Samsung’s style in processor tech has become infamously uneven over the years. And so, we have a situation where the US and China versions of the Galaxy S21 and the Galaxy S10 have a rift. They are faster and more efficient than their international equals.

The Galaxy S21 features Samsung’s own Exynos 2100 (for the international model) or Qualcomm’s Snapdragon888 (for the US and China). Meanwhile, both models of the Galaxy S10 get the same option between the Exynos 9820 and the Snapdragon 855.

In both cases, it’s irritating that those in the UK are using an inferior version to other countries. Still, performance is roughly equivalent when it comes to processing power and battery efficiency. You’ll have a hard time telling the difference unless you utilize the benchmark tools.

The Galaxy S10 will still be able to run apps and intensive tasks quite capably. Samsung’s legacy software support seems to have improved over time. But it’s still two years older than the Galaxy S21, and as such, it’s not going to feel fluid for as long.

Both the S21 and the S10 come with 8GB of RAM as standard. In the case of the Galaxy S21, this is another way in which it stepped back from the Galaxy S20, which had 12GB.

On the storage front, the Galaxy S21 technically submits to its predecessor. While both come with 128GB as standard, you can only upgrade to a 256GB option with the newer phone. The Galaxy S10 offers a 512GB model. Meanwhile, the S10 5G offers 256GB and 512GB options. 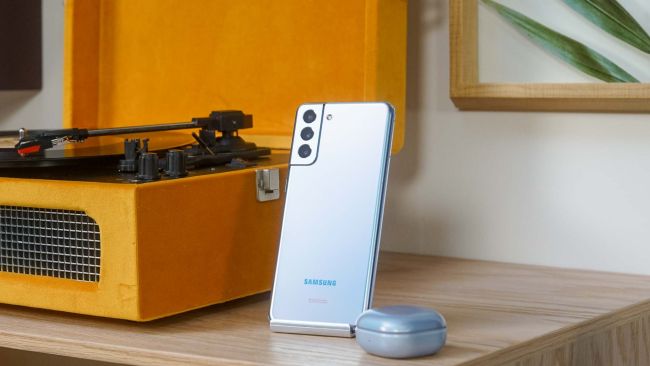 Not only are the batteries physically larger in the S21 series, but they’re equipped with the more power-efficient Snapdragon 888. Samsung has hinted at the new AI features on the S21 and S21 Plus. Claiming that it will adapt your usage form and adjust the power consumption accordingly.

Disappointingly, that didn’t translate to better times in our battery test. This test engages phones on the web until they run out of power. The Galaxy S21 lasted 9 hours, and 53 minutes and that was with the phone’s display set at 60Hz. If you switch on the adaptive display, the S21 runs out of juice 3 hours faster. The Galaxy S21 Plus turned in a more consistent performance in line with the average smartphone.

The S21 family features 25W fast charging, meaning you can top off your phone pretty quickly. This is assuming you buy the charger separately since it’s not included with the phones. The S10 and S10 Plus saw 15W charging out of the box. (The S10 5G had 25W fast charging.)

It’s worth noting that none of the Galaxy S21 phones come with a charger. Therefore, to get the full fast charging experience, you’ll need to pay separately for a charging plug. Some make arguments for this, in terms of reducing electronic waste and packaging. But even we understand why some might find this decision annoying.

Finally, in our verdict, we would not be biased. We have panned out every area of both devices. Carefully dissected and spread out every detail. The better one is quite evident, but it is subjective. Some might prefer one over another due to just one slight difference. In the end, it all boils down to what you desire.