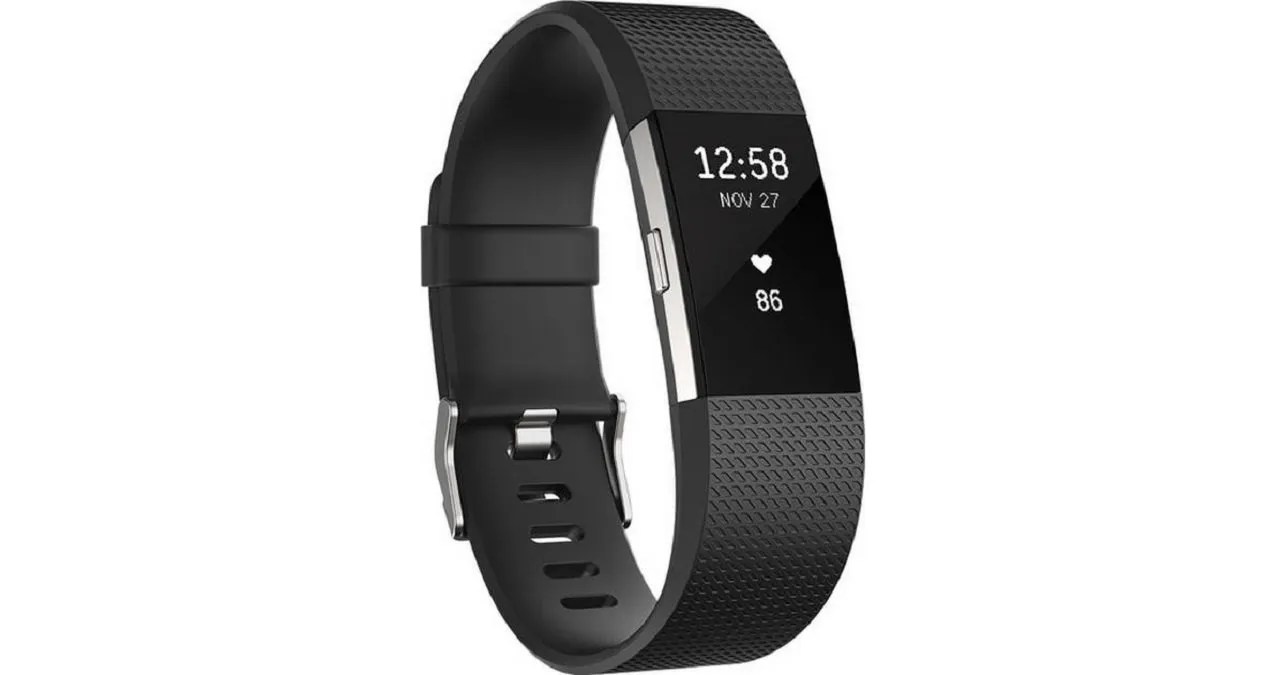 The Best Fitbit for Women – Fitbits are as popular as ever and are a must-have for many people looking to track their fitness and keep up with the latest trends. And the best Fitbits for women double as high-fashion jewelry while being the perfect gym partner.

Choosing the best Fitbit for you all depends upon your needs and budget. Fitbit’s devices are some of the best fitness trackers you can buy but range from the $70 Fitbit Inspire to the $329 Fitbit Sense, so it’s important to know what you’re looking for.

Whether you’re a dedicated athlete or a fashionista, check out the ten models below to find the right Fitbit. 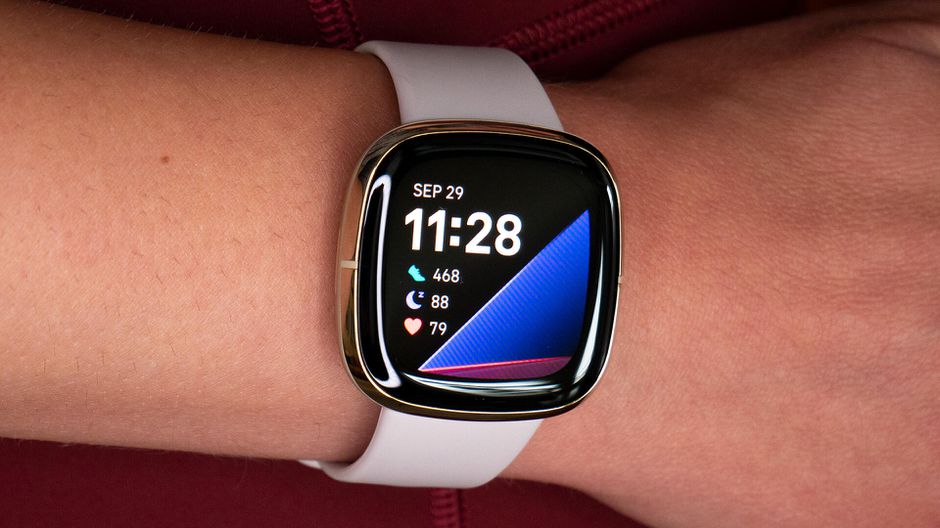 The Fitbit Sense is the company’s premium smartwatch with more advanced health and wellness features than the Versa line. Not only does it have an FDA-approved ECG sensor and blood oxygen reading, but the Sense can measure electrodermal activity and skin temperature, too.

Fitbit Sense works with iOS and Android and comes with onboard GPS, a native app store, Alexa, etc. So no longer is Fitbit just a brand with products for tracking our steps: Fitbit devices like the Fitbit Sense show what it means to take a holistic look at our health. 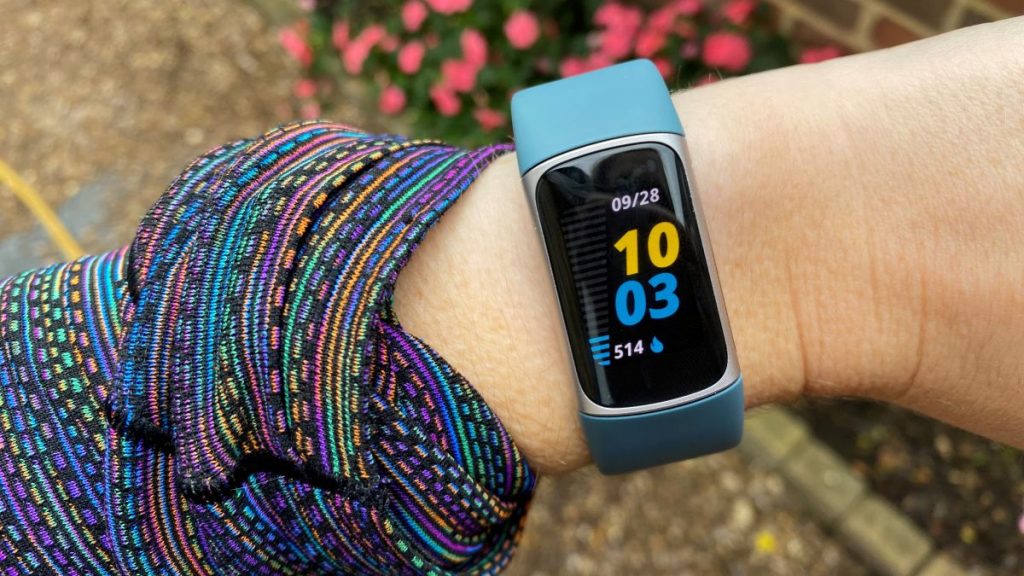 The fifth generation of the Charge range is one of the best fitness trackers for either sex. Features include guided breathing, heart rate tracking, swim tracking, and smart notifications to stay in touch even on the go. It looks good, is thin and light, and has 20 automatic sports activity recognition. The App is one of the best in the market, and the tracking abilities are also state of the art. You can’t go wrong with this top-of-the-line tracking device.

The Fitbit Charge 5 comes with Fitbit Pay which means you don’t have to carry your wallet… And it also has a built-in GPS to track your runs or even romantic walks via a dedicated, 5th generation step tracker.

Other useful features include calories burned and a menstrual cycle tracker. Perhaps it’s not the best option for professional athletes, but the Charge 5 is undoubtedly an outstanding fitness tracker for anyone else. 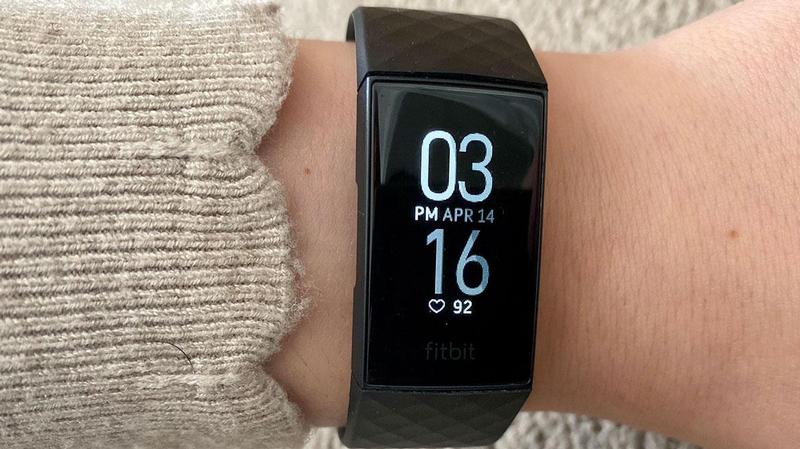 Not only does the Fitbit Charge 4 have GPS built-in — a first for Fitbit’s fitness trackers — but it has a new metric, called Active Zone Minutes, that gives you a better indicator of your overall health. The Fitbit Charge 4 also has Fitbit Pay, so you can use it as a contactless payment device at participating locations. And, for those who use Spotify, the Charge 4 now has controls for that music service, though you still can’t load music onto the device itself.

The Charge 4 was comfortable to wear, and its GPS was accurate when we took it on runs. It’s also pretty good at measuring sleep, and thanks to its SPO2 sensor, it can warn you if you’re at risk for conditions such as sleep apnea. The Charge 4 will last up to 7 days, but that number drops to 5 hours when using GPS. That’s not as good as the best GPS watches, but suitable for a fitness tracker. Our Apple Watch 3 vs. Fitbit Charge 4 face-off explains why it’s the most capable fitness tracker you can get for the price.

RELATED: The Best Fitbit Device You Can Buy In 2021 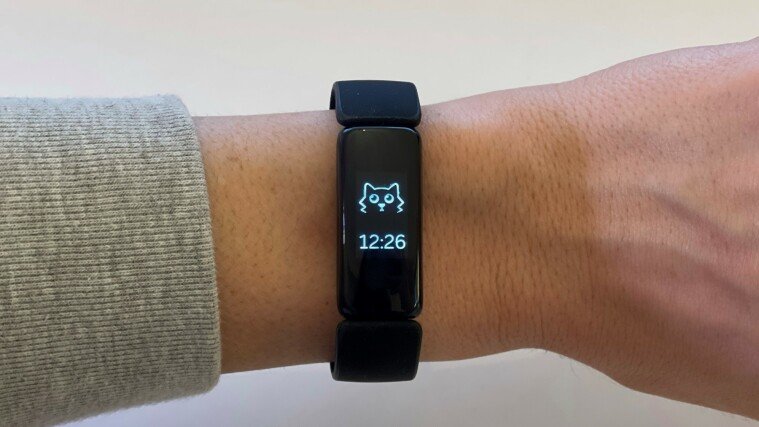 The Inspire 2 is an excellent choice for the fitness geek who wants to have lots of stats and notifications on her wrist. Reasonably priced and incredibly stylish, Fitbit Inspire 2 exudes personality and packs all features you would expect from the latest generation wearable.

It monitors heart rate and sleep, has several exercise modes, real-time pace and distance through your phone’s GPS, and a waterproof design. Unfortunately, it doesn’t have any real-time swim-tracking skills, but you can still wear it in the pool, shower, or hot tub.

Like the Charge, it includes guided breathing sessions that’ll help you calm down after you’ve spent your monthly wage on that pair of Jimmy Choos, but it doesn’t have the acclaimed Fitbit Pay. Nevertheless, if you don’t mind taking the phone with you on runs and don’t need to track the activity in the pool, this could be a great option at an excellent price point. 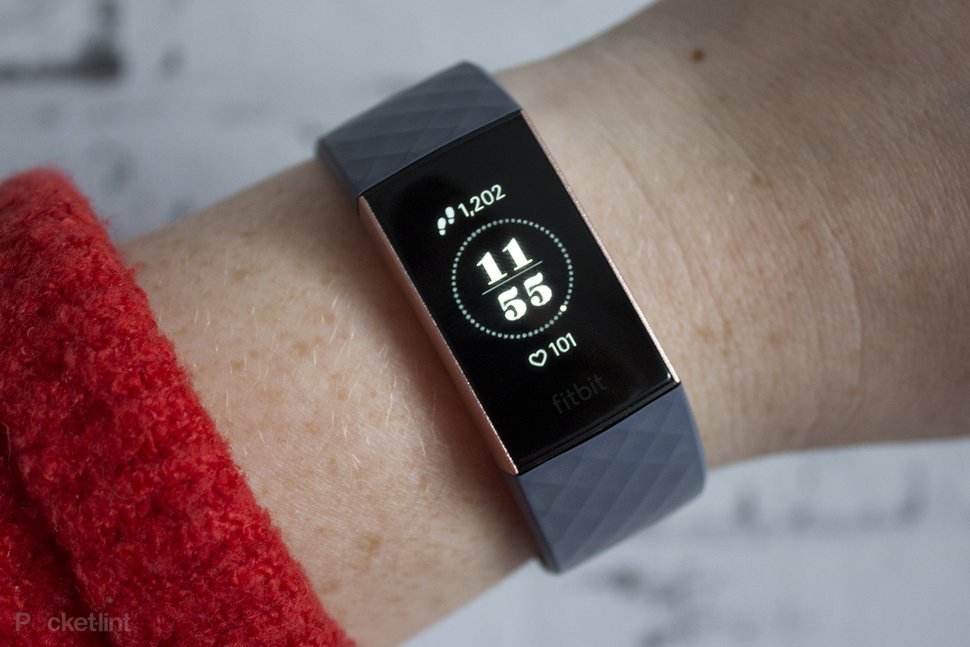 Designed for those who want to keep healthy and stay in shape but aren’t going to be running marathons, the Charge 3 has a reasonably large, grayscale touchscreen display that shows your heart rate, distance traveled, and notifications from your smartphone; if connected. The Charge 3 is also swim-proof and can track your laps in the pool.

The Charge 3 comes in three sizes, which should fit most wrists (Fitbit has a sizing chart on its site). In addition, the Charge 3’s strap is removable, and Fitbit and several third parties make straps in different colors, patterns, and materials. The Fitbit Charge 3 also has a SpO2 sensor that will be used to diagnose breathing disturbances while sleeping and week-long battery life. It still requires a smartphone to connect to GPS, but it’s still a good Fitbit for the money — while supplies last. 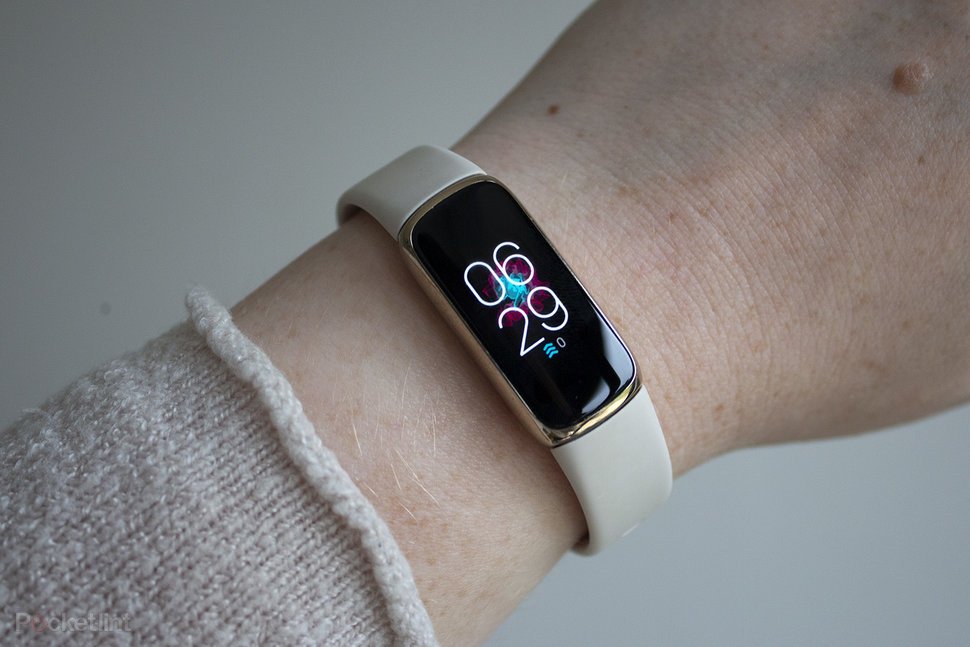 The Fitbit Luxe is an enhanced version of Fitbit Inspire 2 with a few useful additional features (plus more coming soon). Despite its small display’s shortcomings, it’s vibrant, clear, and appealing.

Fitness trackers are not designed to be smartwatches like the Fitbit Versa 3 or Fitbit Sense, so we don’t expect them to have features like making calls from your wrist or making contactless payments on Fitbit Pay. On the other hand, Luxe promotes better physical and mental habits.

With the Fitbit Luxe, you can track your step count and heart rate every day. With the Fitbit app, you can view more detailed data and see real-time updates. In addition, heart rate monitoring retains excellent accuracy during workouts, matching specialized sports watches.

Since the Luxe has no GPS capabilities, you have to use its accelerometer or your phone’s GPS, which is problematic. However, the biggest disadvantage of the Luxe is that it has a small screen — you’ll have to open the App to view previous data. 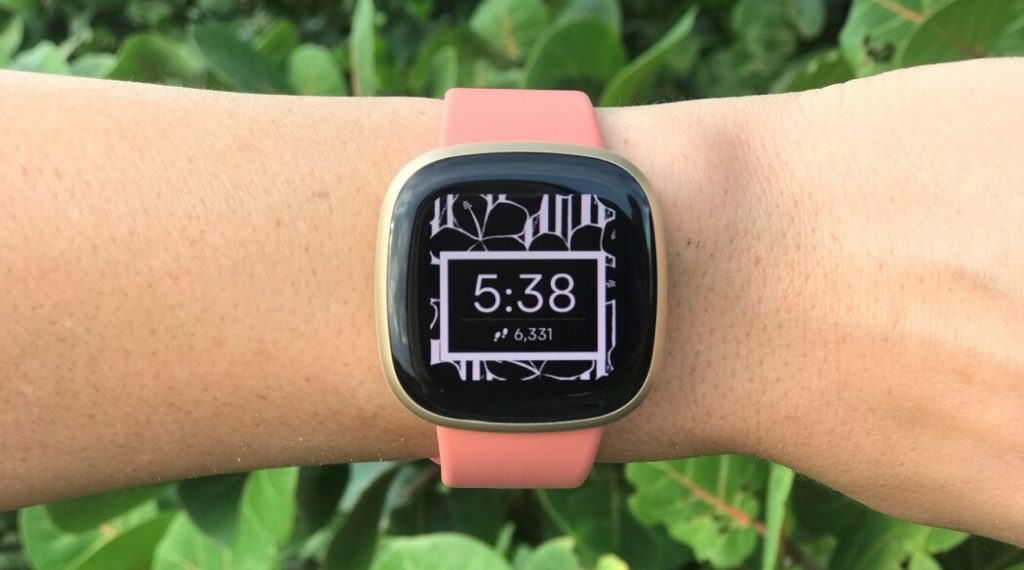 The best Fitbit midrange smartwatch is the Fitbit Versa 3, the next generation of the Fitbit Versa 2. The Versa 3’s standout upgrade is its onboard GPS. So even when you leave your phone at home, the Versa can (finally) track your location during outdoor exercise. Of course, a curvier, larger display is welcome, too. 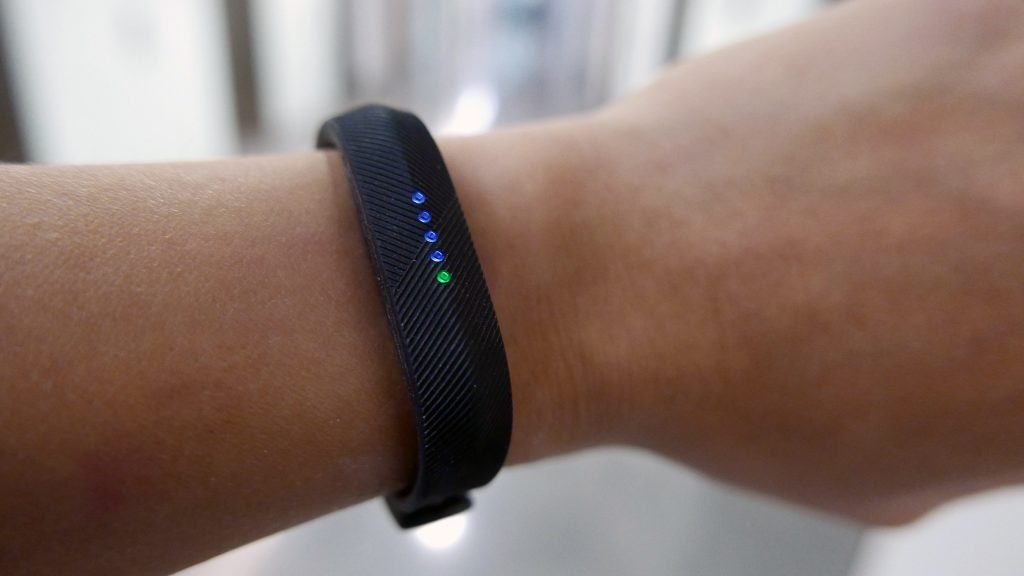 The cheapest Fitbits tested here, and with a super-subtle design, the Flex 2 is the best Fitbit for those on a budget wanting an uncomplicated fitness tracker.

It comes in various colors, is waterproof, and has all the tracking features you’d expect packed in a super-slim and lightweight design.

There is no screen or push notifications to distract you except for calls and text alerts. Although, it is fully customizable to suit your fitness goals. It also comes in various styles, including a silicone wristband, fashionable bracelet, or a necklace – a feature you’re unlikely to find elsewhere. 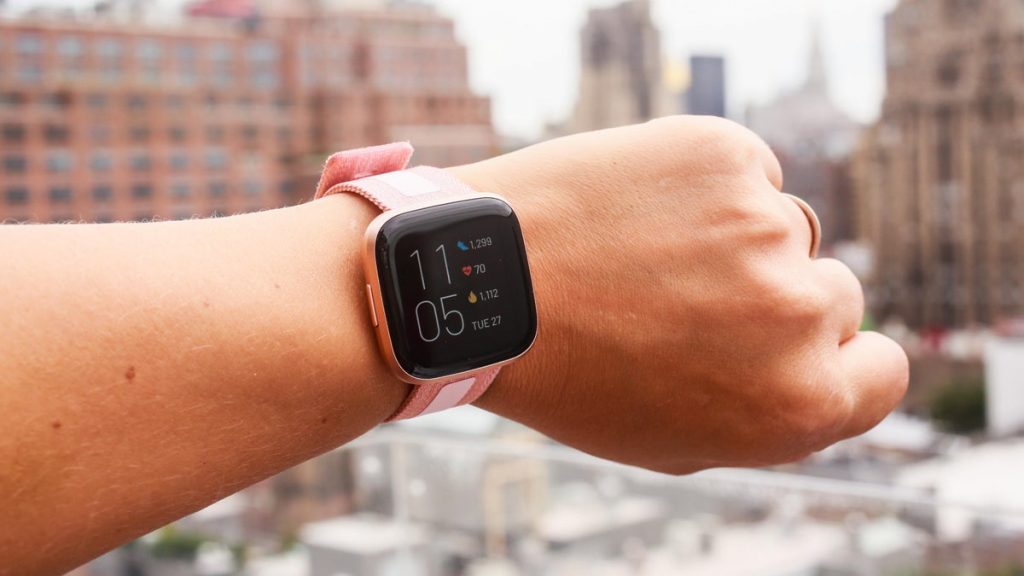 If you’ve ever wanted Alexa on your wrist, the Fitbit Versa 2 is the best Fitbit. This second-generation Versa has Amazon’s assistant built-in, which lets you do such things as control smart home devices, look up the weather and news, and a lot more.

It comes with advanced sleep-tracking features, which, when combined with the Versa 2’s ability to monitor blood oxygen saturation levels, could help alert you to conditions such as sleep apnea. You can also download up to 300 songs to the Versa 2 itself, and from Pandora and Deezer, so you can leave your phone at home if you want to listen to some tunes. Sadly, the Versa 2 lacks onboard GPS, so you will need to tote your phone if you want that feature. Check out our Fitbit Versa 2 vs. Fitbit Charge 4 face-off for more on the advantages and disadvantages of the brand’s smartwatch and everything we know about its possible predecessor, the Fitbit Versa 3. 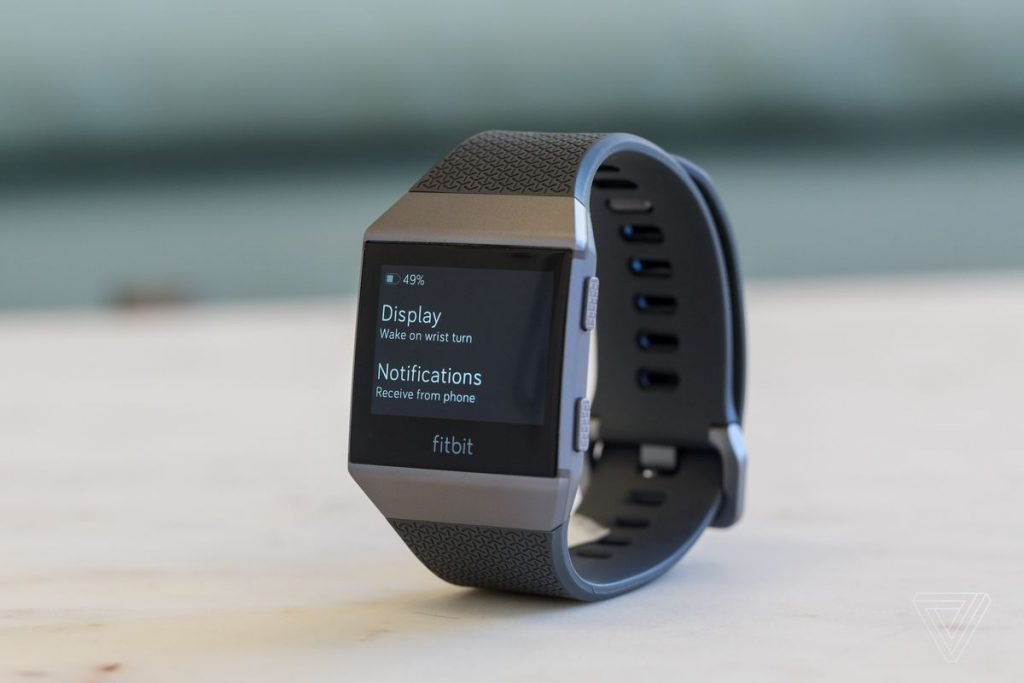 The Fitbit Ionic is for you if you’re looking for an outstanding fitness tracker and aren’t so bothered about the looks. It is bigger than all other Fitbits on this list, it has a more masculine appearance, but it can still look awesome on a female wrist.

Built-in GPS means you can leave your phone at home and still get accurate run or walk tracking. You’ll also love the Fitbit Coach workouts developed to improve your athletic performance.

It pairs with Bluetooth headphones for an all-round fitness experience, while Fitbit Pay comes as a bonus for the after-gym shopping session. It is much cheaper than peers, such as the Apple Watch 4 or Samsung Galaxy Watch, but this is undoubtedly a great choice with many of their features.