What is a Burner Phone, and Why You Need One 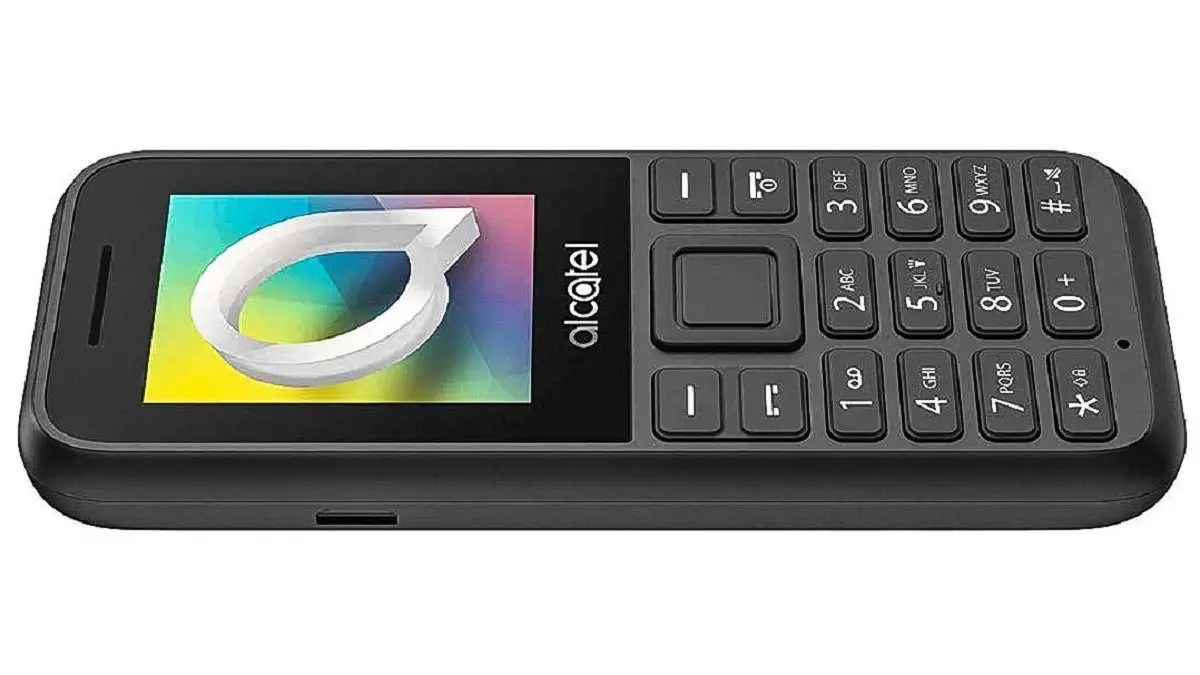 A “burner phone” is a cheap, prepaid mobile phone that you can destroy or discard when you no longer need it. In popular media, criminals often use burner phones to evade detection by authorities. You might use a burner phone for privacy reasons, as a last resort, or during an emergency.

A “burner SIM” is a related term and refers to a cheap, prepaid SIM card that you can insert into another phone. You may only use the SIM card for a limited time and not link it to your real identity.

What does the term ‘Burner’ mean? 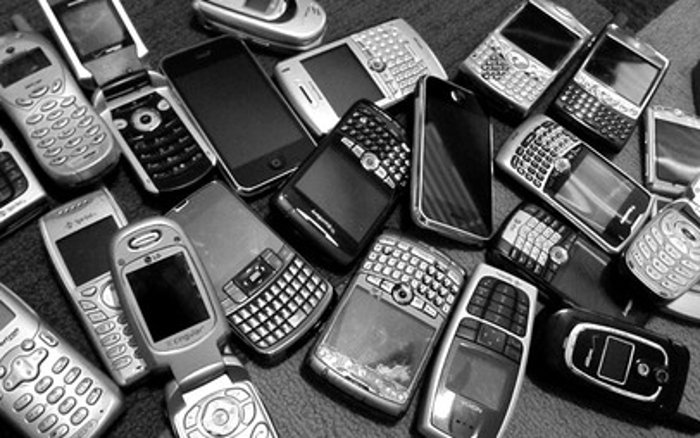 The term was popularized in the hit 2002 HBO series The Wire, where “burners” were used to avoid detection by authorities. Once a number was suspected of being compromised, the device was discarded or “burned” so that the trail would go cold.

Since the rise of iPhones and Android devices, burners are more commonly referred to as “feature phones” or “dumb phones” since today’s smartphones didn’t exist in the early 2000s. While the term “burner phone” is still common, SIM cards could also be used in such a manner.

Instead of purchasing an entirely new device, a burner SIM can be used in a smartphone to switch between numbers for various reasons. Some smartphones can even accommodate more than one SIM at a time.

With that in mind, some of the applications of a burner phone rely solely on having a second dedicated device you can use.

Why Would You Use a Burner?

You might use a burner phone or a SIM to protect your identity. If you can manage to procure a handset or SIM card that isn’t linked to your real-world identity, you can use the number without being identified.

There are all sorts of reasons that someone might want to remain anonymous. For example, maybe you’re phoning in an anonymous tip to an employer. Or perhaps you would like to use a secure messaging service like Signal or Telegram without disclosing your primary phone number.

Maybe you’re trying to avoid giving your main phone number to marketers who will likely send you follow-up messages, like when viewing a real estate listing or looking for insurance quotes.

Since burner phones are feature phones, they are severely limited in their abilities. For example, most lack cameras or access to a modern browser and are instead limited to phone calls and text messaging. However, since they are relatively lightweight devices, they have excellent battery life, too.

Many devices will last for days on a single charge and sometimes even months if you use the battery sparingly. This makes burner phones ideal for use in an emergency.

They are often found in emergency survival kits since they can be charged and turned off until required. A burner phone is a spare phone with a long battery life that doesn’t need an expensive cell phone plan—what’s not to like?

Redirect Spam Messages Away From Your Main Phone

If you’re a long-time smartphone owner, you’ll know how annoying spam is. Once marketers have your phone number in their database, they begin sending barrages of unwanted texts and robot calls to encourage you to buy everything from new windows to injury compensation.

This is also useful if you want people to call you when you’re selling something. For instance, if you’re selling a car or a house, you can give out a burner phone number and get rid of it once the sale is made.

Visit Another Country Without Roaming Charges

When you go abroad, it’s a good idea to have a cellphone on you in case of an emergency. Unfortunately, some SIM carriers don’t play ball with other countries, offering either a very high roaming charge or no data.

However, you can avoid these problems using a burner phone. Before you travel, grab a cheap phone and load it with a SIM card compatible with a carrier at your destination. You can then use this phone to call businesses and taxi services within the country without racking up a huge bill.

Take Your Phone to Dangerous Places

Does the concept of hiking up a mountain with an expensive iPhone or Samsung in your pocket make you feel uneasy? Do you want a phone on your person during your boating trip but hate to imagine what would happen if you capsized?

Leave your expensive phone at home and grab a cheap burner phone that you can bring along on your adventures. Then, if it does fall in a ravine or end up submerged, you can replace it without denting your bank account.

Protect Your Main Phone From Theft or Seizure

A burner phone is a great idea if you think someone might steal, break, or go through your phone. If someone does seize your phone, all you lose is a cheap phone with no information on it.

For example, if you’re planning to go somewhere a little rough, you could use a burner phone. It makes your phone less appealing to steal, and if someone does take it, you lose very little.

Similarly, if you plan to go to a protest, you can never be sure how violent things will get. In the past, protesters have lost phones while trying to record events, either from disapproving public members or the police.

The police may also seize the phone to go through its data. However, if you’re on your burner phone, you can happily surrender your phone without worrying about your privacy.

You found someone you like the look of, and you want to go a step further, but you’re worried about giving over your phone number. After all, what if this person turns out to be toxic and uses your number to stalk or harass you?

If you’re buying a burner phone for privacy reasons beyond simply using the number to send anonymous Signal messages or avoiding spam, be aware that no cell phone provides you with true anonymity.

It’s all about your “threat model”—what threats are you trying to protect your privacy from?

Just think about the process of getting a burner phone from the store. Say you drive to a store, buy the burner phone with a credit card, drive home, and turn it on.

In the process of this: If you took your normal phone with you, your cellular carrier would know that you were at the store when the phone was purchased. In addition, license plate cameras on the route may have captured your license plate and recorded your movements.

And if you carry your burner phone and normal phone at the same time and both are powered on, anyone looking at cellular phone records can get a pretty good idea that the same person owns those phones.

Yes, that’s a lot of ways an adversary with serious resources could trace you. But, if you’re trying to evade government authorities—well, good luck. You’ll need it.

On the other hand, if you want a new phone number that isn’t directly and easily linked to your identity by the companies you deal with and the people you call, that’ll do just fine.

And if you’re not looking for anonymity and want a secondary cell phone with long battery life for use in emergencies, this doesn’t matter.

Where to Get a Burner Phone or SIM

So you’re interested in getting a burner phone, but the question remains: where do you get a burner phone? It’s easy to find the most expensive, flashy phone that money can buy— look for the advertisements. However, finding a phone around the $30 mark is trickier.

Convenience stores and electronic retailers will sell prepaid SIM cards and burner phones. For example, Walmart, Best Buy, Target, and other similar stores will have a good selection of cheap devices or SIM-only plans that allow you to call and text and not much else.

You can often buy prepaid SIM cards from corner stores like 7-Eleven and drugstores like Rite Aid. Amazon has an entire range below $50; At the time of writing, you can purchase a cheap smartphone locked to a carrier or a regular cellphone that’s unlocked.

You should expect to pay between $10 and $50 for a cheap burner, depending on the features you want. Plans start at around $10, but ultimately, it depends on your intended usage. For example, most burners are used purely for texting and calling, and any additional features on top of that (touchscreens, cameras, etc.) may be surplus to requirement and a waste of battery life.

The Nokia 110 is a simple 2G feature phone that provides up to 14 hours of talk on a single charge. The BLU Z5 is similarly priced and even has a camera. The Nokia 1.3 is one of the most “advanced” cheap handsets, though it will cost you around $100 and runs Android 10.

If you’re looking for anonymity, how far you want to go in anonymizing your purchase is up to you. For example, you could ask someone else to buy it for you or ask them to purchase you a gift card, which you might use to buy the phone.

You could also use cash in person. However, you probably want to avoid using your credit or debit card for anonymity, so purchasing from an online retailer is probably not the best idea.

If you’re only purchasing a burner to throw into a survival kit or keep in the car for emergencies, you can comb the web for the best deals without worrying about privacy implications. Amazon, eBay, or your preferred local service provider are great places to start.

What About Google Voice and Other Services?

Google Voice only works in the U.S., but it’s free and easy to sign up for. You can register a new Google account with your new number and take precautions like hiding your IP address using a VPN. Other providers exist, but they will likely charge you for a number (which may require linking your card).

If you’re using a burner for privacy reasons, ensure that you take appropriate steps to distance your identity from your purchase. Interested in a burner for emergency or backup use only? Ensure that you charge the phone before stowing it (and consider an AA battery charger).

If you found this article helpful, kindly do well to leave a comment in the comment section.