Row vs Column: Everything You Need to Know 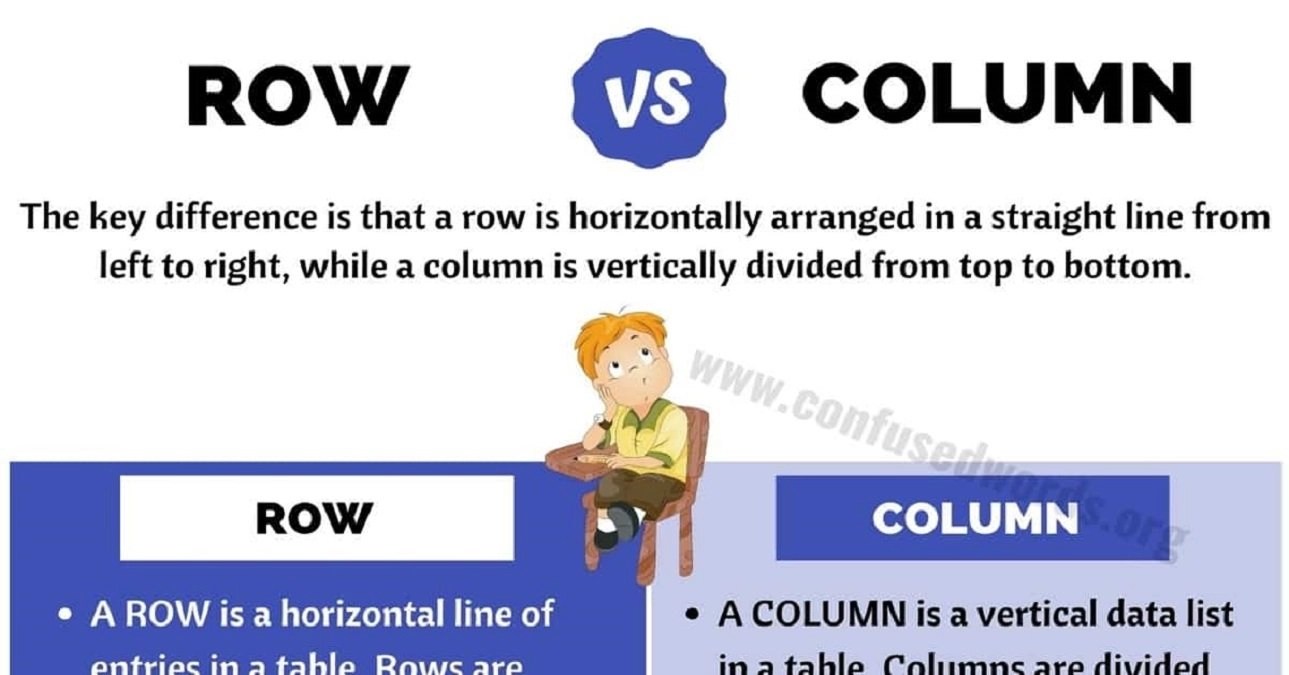 Row Vs Column: As data is collected, they are assembled. After this, data is processed to be arranged in a compact and easily accessible manner, called tabulation. Tabulations or Tables are a set of facts and figures that consists of rows and columns. This article sheds more light on Row vs Column comparisons.

It is quite common to mistake rows for columns as they are used in spreadsheets, matrices and other settings with cross-sections. For anything that has to do with grouping or categorization, tabulation is required.

Row vs Column: What is a Row?

A row is always horizontal i.e., lying down left to right. It is the horizontal arrangement of objects, words, numbers, and data. In Row, data objects are arranged face-to-face while lying next to each other in a straight line.

When to Use Row-Oriented Storage

Here are some common uses of row storage:

Row-oriented storage is good if you need to touch one Row.This type of storage is also beneficial when most columns of a row need to be read or written.Reads are done page-wise so not many rows may fit on a page when rows are large.Row storage should be used when recorded headers need to be read too but do not contain actual row data

Don’t miss: What Is Microsoft Sway And How To Use It

Row vs Column: What is a Column?

A column is a vertical series of cells in a spreadsheet, chart, table, or spreadsheet. It is an arrangement of figures, facts, words, etc. You can say a Column is lined from up to down.

Columns are mostly placed one after another in a continuous sequence. In a table, columns are mostly separated from each other by lines, which helps to enhance readability and attractiveness.

When to Use Column-oriented Storage

Also read: How to Search for a Word on Web Page or Site

Row Vs Column: Everything You Need To Know Rows Vs Columns

The conceivable differences are: