How to Take Screenshots on Samsung Phones 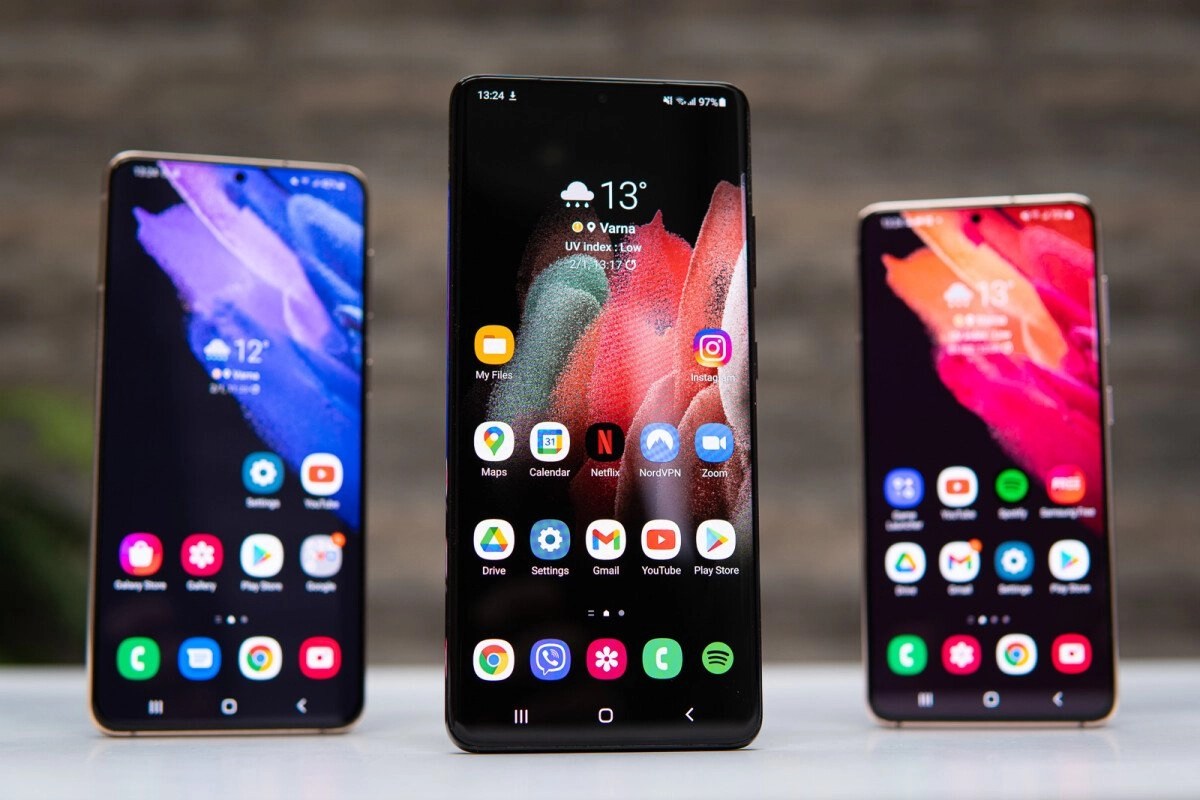 The methods explained below apply to most Samsung Galaxy smartphones, including the Galaxy S and Note lines and most modern Galaxy A models. But If your phone is over three years old, it may only support the below “Use of hardware buttons” method.

How to Take a Screenshot on Samsung using Hardware Buttons

This method of taking screenshots is as simple as it is on most other Android phones, that is, pressing the Volume Down and Power buttons simultaneously. Hold them for about half a second, then release. You’ll see the screen flash, and the screenshot is complete.

You can now share the screenshot from the bottom bar that pops on the screen, or instead, access it from the notification shade. You can also edit it with the center button before sharing or saving it.

Don’t miss: How to Take a Screenshot on Windows 10 PC

How to Take a Screenshot on Samsung using a Palm Gesture

Here, you need to place your hand vertically on the left or right edge of the phone and swipe it across the screen while keeping your hand in contact with the screen in one motion. It is called “Palm swipe to capture” and works on any screen, except if the onscreen keyboard is showing.

If this method doesn’t work, go into Settings>Advanced features>Motions>gestures and make sure the Palm swipe to capture is turned on. That’s all!

However, if you don’t like this feature, you can disable it in Settings > Advanced Features > Palm Swipe to Capture.

How to Take a Screenshot on Samsung using Bixby Voice

By default, a long press of the button will launch Bixby Voice after opening it once.

With the interface activated, say, “take a screenshot.” The screenshot will be automatically saved to your gallery, where you can view, edit and share it.

Also read: How And When To Clear Cache On Android

How to Take Selective Screenshots or Capture GIFs

To capture a GIF, specific parts of the screen in rectangular or oval shapes, capture a GIF, or even pin part of an image to the screen as an overlay for quick reference, you only need a set of tools in the Smart Select panel.

To enable this feature, go to Settings > Display > Edge Screen > Edge Panels, and turn on “Smart Select.” Then, swipe in from the right side of the display to open the Edge Panel. You can then tap the capture option you’d like to use and follow the on-screen instructions.

Other Screenshot Tools on Galaxy Devices

The Smart Capture tool shows up at the bottom of the screen when you take a screenshot. It also appears on the top of the current screen, indicating that the screenshot was successful. It also possesses some other features like the option to take a “scrolling screenshot” that scrolls through the screen and captures everything (not just what you see), a drawing tool to annotate, a crop tool to cut out irrelevant parts of the shot quickly, and a shortcut for sharing the shot immediately.

To disable it, head to Settings > Advanced Features > Smart Capture.

Don’t miss: What Is USB Debugging Mode For Android And How To Enable It?

Where to Find Your Screenshots

By default, all screenshots are saved in the DCIM > Screenshots folder. But, you can also swipe down on the navigation bar, and you’ll see a notification about the screenshot you just took. Then, just tap the image to access it. There, you can share, edit, or delete your screenshot directly. But, If you have other apps that can open shots, the app picker will show up when you tap a screenshot notification.

Otherwise, you can open the Gallery or Photos apps to see all of your screenshots.