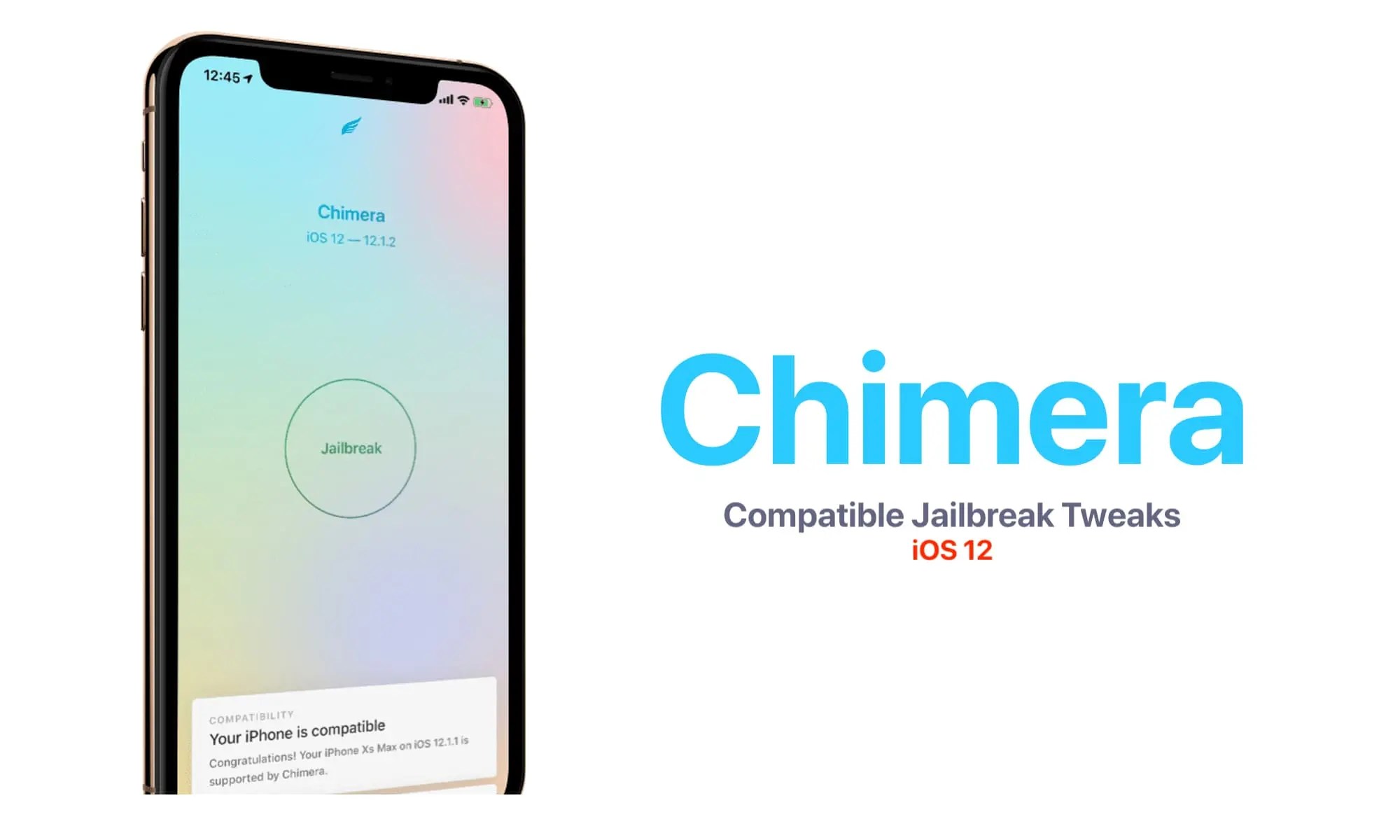 Chimera Jailbreak – Apple unveiled iOS 12, the next major iOS software update for iPhone, iPad and iPod touch at WWDC 2018 in June, which includes several new features and enhancements. Some of the new iOS 12 features include improved performance, Memoji which allows users to quickly turn themselves into an Animoji with a variety of customization options as well, improvements to the Photos app, Siri Shortcuts which will give automation workflows to users and lots more.

But despite the New iOS 12 Features and enhancements, there are still good reasons to jailbreak iOS 12 such as installing iFile, which grants you access to the file system, tweaks like Message Customizer that lets you customize each aspect of the Messages app, and ability to lock apps and folders using Touch ID and lots more.

Chimera jailbreak can also be used to jailbreak iOS 12.3 but only supports some beta versions. But doesn’t underpin the public version of iOS 12.3, iOS 12.3.1, iOS 12.3.2 and iOS 12.4 currently as Apple has patched the exploits that were used by the jailbreak tools.

Chimera’s new update added iOS 12.1.3 – iOS 12.4 Jailbreak support on A8 to A11 devices. However, this update does not support A12 / A12X devices. Therefore you can not jailbreak A12 /A12X devices running these versions.

Chimera was initially released for iOS 12 to iOS 12.1.2 jailbreak on all the devices including iPhone XS, XS Max and XR (A12) support. It has both an Online Jailbreak method as well as a PC-required method to download Chimera. Follow the given guides below.

It seems the Electra team planned to release Chimera iOS 13 jailbreak very soon with this achievement.

A couple of days ago Coolstar announced Chimera 13. It is an ongoing open source project for Chimera 13 jailbreak. Chimera 13 is a Code name and it is available on coolstar’s GitHub page. It was initially to be released iOS 13 – iOS 13.3 Jailbreak for A9-A11 devices and later A12 +devices.

However, they haven’t released Chimera Jailbreak for iOS 13 & higher versions.

Why is Chimera so special?

Chimera is installed Sileo automatically after the Jailbreaking process. Cydia can’t be installed automatically from Chimera. Currently, A12 devices don’t support Cydia and there is no hint about a Cydia A12 update from Saurik. Therefore Sileo is the only solution for A12 devices.