What is 4G and LTE: We Explain the Key Differences 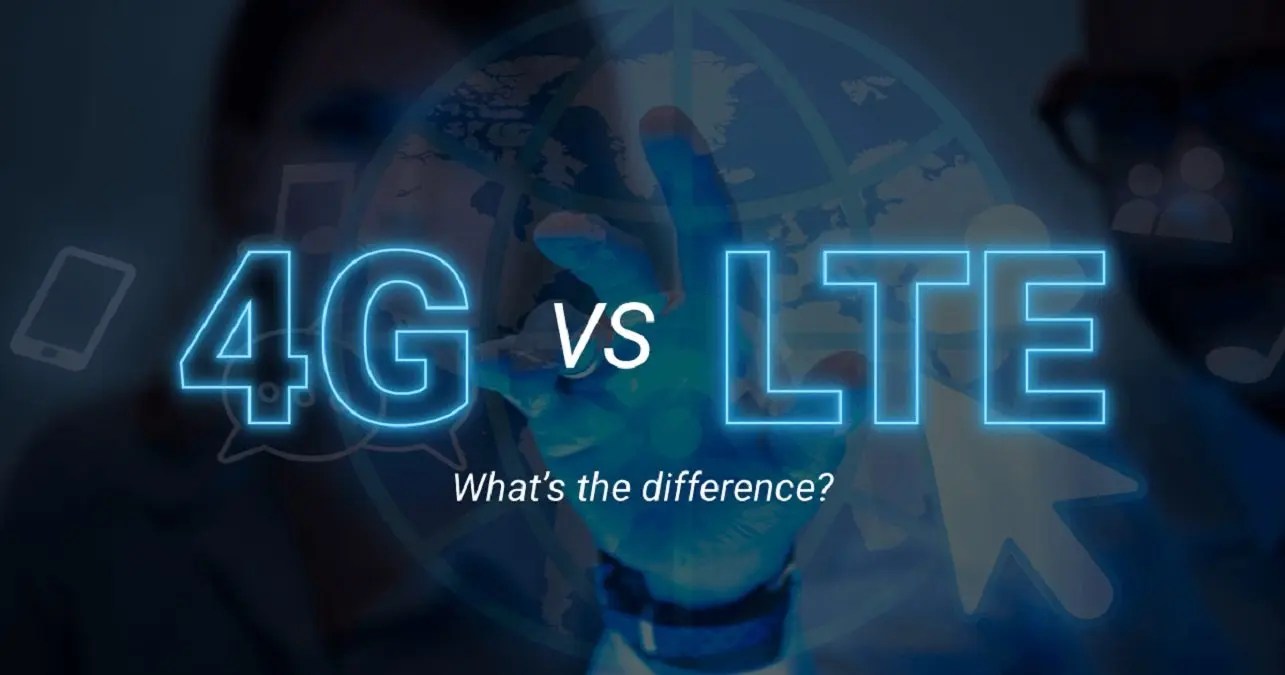 When it comes to wireless broadband standards, there are a few too many acronyms to keep track of. However, none are more important than LTE and 4G, which both provide cellular data transfers.

The difference between the 4G and LTE lies in their definitions and concepts.

Networks are classified into generations based on speed, connectivity and reliability standards set forth by the International Telecommunications Union-Radio communications sector (ITU-R). 4G stands for the 4th Generation of telephone service. We’ve been through 2G, 3G, are currently in 4G and are rapidly headed into 5G. 4G Standards were developed in 2008 and they have slowly replaced 3G. It is faster than 3G by a long shot. 4G is the general standard now and is considered fairly fast in today’s world. It has more capacity than lower generations and thus, less bandwidth caps. Of course, with the advent of 5G, this will change the game tremendously, but 4G isn’t going anywhere for a while.

A 4G or 4G LTE phone takes advantage of this generation’s standards. You can still use your 3G phone on the 4G network, but 4G is about 10 times faster than 3G services, and 3G is slowly being phased out or at least not supported.

The ITU-R set standards for 4G connectivity in March 2008, requiring all services described as 4G to adhere to a set of speed and connection standards. For mobile use, including smartphones and tablets, connection speeds need to have a peak of at least 100 megabits per second, and for more stationary uses such as mobile hot spots, at least 1 gigabit per second.

When these standards were announced, these speeds were unheard of in the practical world, because they were intended as a target for technology developers, a point in the future that marked a significant jump over the current technology. Over time, the systems that power these networks have caught up, not just in the sense that new broadcasting methods have found their way into products, but the previously established 3G networks have been improved to the point that they can be classified as 4G.

Also read: What is NFC? Here’s Everything You Need To Know

LTE stands for Long-term Evolution and isn’t as much a technology as it is the path followed to achieve 4G speeds. For a long time, when your phone displayed the “4G” symbol in the upper right corner, it didn’t really mean it. When the ITU-R set the minimum speeds for 4G, they were a bit unreachable, despite the amount of money tech manufacturers put into achieving them. In response, the regulating body decided that LTE, the name given to the technology used in pursuit of those standards, could be labeled as 4G if it provided a substantial improvement over the 3G technology.

LTE is the technology behind 4G. It stands for Long Term Evolution. It usually shows up on your screen as 4G LTE. LTE was a standard developed when 4G was designed for the purposes of phones and towers and other devices to talk to each other. There were other standards developed at the same time called UMB (Ultra Mobile Broadband) and WiMAX, but LTE is the global standard technology for cellular communications. It is an open, interoperable standard used by virtually all carriers. All major smartphones use LTE today. In fact, there is no such thing as true 4G as defined by the standards set forth. 4G was defined as the ideal standard and as no phones actually can reach this standard, so they defined LTE. Even if your phone is advertised as 4G, it uses LTE technology.

LTE provides high-speed mobile and broadband data, and telephone service, and supports public safety functions. In fact, the public safety network gets its own frequency on the LTE spectrum. LTE also has special features to manage the network. First, it can assign priorities to customers. Emergency calls get a higher priority for calls than someone like me. If there are many folks on the network, the priorities will decide which call gets through first and which one might get dropped. One other feature of LTE is that it is a self-organizing network, meaning that if there is an outage, the calls will be rerouted to another path automatically and once service is restored, the network will revert back to its optimally designed path.

4G vs. LTE: The Significant Difference

After defining the 4G and LTE networks, the major difference is:

The simplest explanation is that the “G” in 4G stands for “generation,” because 4G is the fourth generation of mobile data technology, as defined by the radio sector of the International Telecommunication Union (ITU-R). LTE stands for “Long-term Evolution” and applies more generally to the idea of improving wireless broadband speeds to meet increasing demand.

The Difference in Speed

So, the real question is, can you feel a difference between 4G and LTE networks? Is the speed of loading a page or downloading an app on your handheld device a lot faster if you have LTE technology built in? Probably not, unless you live in the right area. While the difference between slower 3G networks and new 4G or LTE networks is certainly very noticeable, many of the 4G and “true 4G” networks have upload and download speeds that are almost identical.

The rollout of LTE-A has made a difference for some, but your mileage may vary. LTE-A was the fastest connection available for wireless networks for a while there, but we’re starting to see 5G networks go live in more locations, with Verizon announcing the rollout of its “nationwide” 5G network. This year has also seen the release of a number of new 5G smartphones, like the iPhone 12 Pro and the Samsung Galaxy Note 20 Ultra.

Also read: Here Are The Best US Cellular Phones Of 2022

The Trouble Deciding Standard With 4G vs LTE

Although the International Telecommunications Union-Radio (ITU-R) decided upon the specifications for 4G back in 2008, it took much longer for carriers to build networks capable of meeting the official definition. Moving from 3G to 4G was a big deal for carriers, and it would take a series of network upgrades to get there, rather than one single jump.

The problem with creating wireless standards is twofold. First, the standards aren’t strictly enforceable, as the ITU-R has no control over carrier implementations. Second, the transition from an old standard to a new one doesn’t happen overnight. There’s a long period where early networks don’t necessarily match up with what consumers expect (as we’re seeing with 5G too). This is where LTE, which stands for Long-term Evolution, comes in. Instead of a technical standard like 4G, think of it as the means by which carriers took to match the official 4G specification.

Although all 4G LTE markets have passed this initial rollout stage now, some of these network types are still found in countries or areas with less developed infrastructure. They’re also often still a fallback in areas with poor proper 4G coverage. If this all sounds a bit confusing, just look at the graphic below to see the sheer range of technologies out there.

What Does This All Mean?

So, LTE is the current standard. LTE-A is a more robust version. They still don’t reach true 4G speeds. It is possible to get closer to the 4G standards with newer technology, but most of the time, you are probably not going to see a huge difference. The LTE network needs to be upgraded to handle higher 4G speeds as well. It’s important to check with your service provider to see if you can take advantage of actual 4G speeds in your area or maybe wait to upgrade to a 5G. In the meantime, it is always an option to have LTE and add a cell phone signal booster to enhance speeds.