What is the Latest Version of Android? 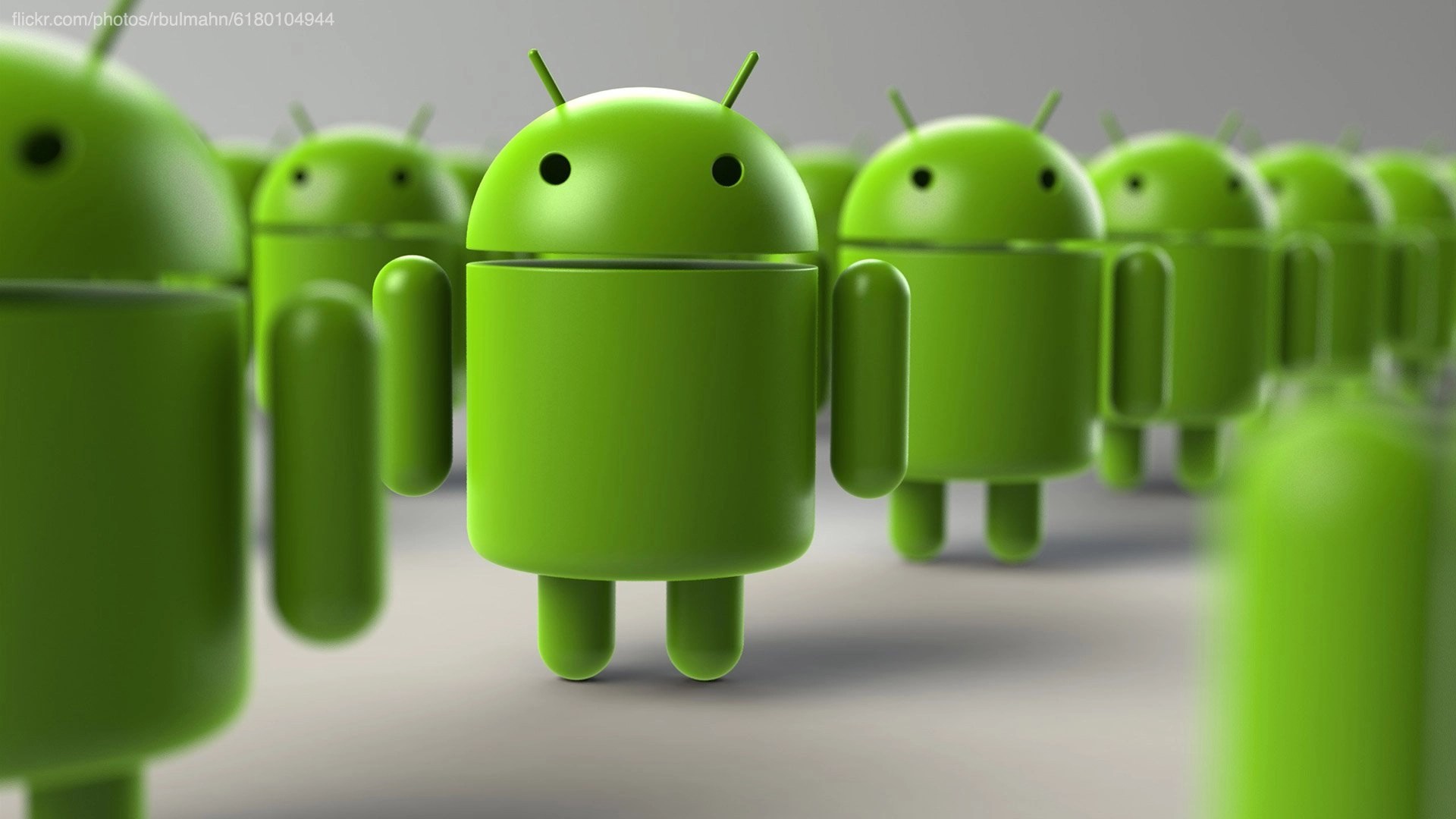 Android can be a bit confusing, as there are a lot of different versions, and many of them are still running on devices today. Although keeping up with the latest version can be a challenge, fret not; we have you covered. In this guide, we highlight all version of Android and their release years.

Major Android versions are generally released once per year (though it wasn’t always like this), with monthly security updates. Occasionally, Google releases point updates (.1, .2, etc.), though those generally come without regularity. More significant updates that aren’t as significant as full version releases warrant a point update, like the update from Android 8.0 to Android 8.1, for example.

Alongside every version of Android is a code name, which many people use instead of the version number. Each one is named after a dessert or some other form of confection, which is more for fun than anything else.

Android has transformed visually, conceptually, and functionally from its initial release. Google’s mobile operating system may have started scrappy, but has it evolved? Here’s a fast-paced tour of Android version highlights from the platform’s birth to the present.

Android made its official public debut in 2008 with Android 1.0, a release so ancient that it didn’t even have a fascinating codename.

Things were basic back then, but the software included a suite of early Google apps like Gmail, Maps, Calendar, and YouTube, all of which were integrated into the operating system, a stark contrast to the more easily updatable standalone-app model employed today.

With the early 2009’s Android 1.5 Cupcake release, the tradition of Android version names was born. In addition, cupcake introduced numerous refinements to the Android interface, including the first on-screen keyboard, which would be necessary as phones moved away from the once-ubiquitous physical keyboard model.

Cupcake also introduced the framework for third-party app widgets, which would quickly turn into one of Android’s most distinguishing elements. In addition, it provided the platform’s first-ever option for video recording.

Android 1.6, Donut, rolled into the world in 2009. Donut filled in some critical holes in Android’s center, including the ability of the OS to operate on various screen sizes and resolutions, a factor that’d be critical in the years to come. It also added support for CDMA networks like Verizon, which would play a key role in Android’s imminent explosion.

Keeping up the breakneck release pace of Android’s early years, Android 2.0 Eclair emerged just six weeks after Donut. Its “point-one” update, also called Eclair, came out a couple of months later. Eclair was the first Android release to enter mainstream consciousness, thanks to the original Motorola Droid phone and the massive Verizon-led marketing campaign surrounding it.

The release’s most transformative element was the addition of voice-guided turn-by-turn navigation and real-time traffic info, something previously unheard of (and still essentially unmatched) in the smartphone world. But, navigation aside, Eclair brought live wallpapers to Android and the platform’s first speech-to-text function. And it made waves for injecting the once-iOS-exclusive pinch-to-zoom capability into Android, a move often seen as the spark that ignited Apple’s long-lasting “thermonuclear war” against Google.

Don’t miss: How To Fix “Failed To Obtain IP Address” Errors On Android

Froyo did deliver some important front-facing features, though, including the addition of the now-standard dock at the bottom of the home screen as well as the first incarnation of Voice Actions, which allowed you to perform basic functions like getting directions and making notes by tapping an icon and then speaking a command.

Notably, Froyo also brought support for Flash to Android’s web browser. This option was significant because of the widespread use of Flash at the time and because of Apple’s adamant stance against supporting it on its own mobile devices. Apple would eventually win, of course, and Flash would become far less common. But back when it was still everywhere, accessing the full web without any black holes was a genuine advantage only Android could offer.

Android’s first true visual identity started coming into focus with 2010’s Gingerbread release. Bright green had long been the color of Android’s robot mascot, and with Gingerbread, it became an integral part of the operating system’s appearance. Black and green seeped all over the UI as Android slowly marched toward distinctive design.

2011’s Honeycomb period was a weird time for Android. Android 3.0 came into the world as a tablet-only release to accompany the launch of the Motorola Xoom, and through the subsequent 3.1 and 3.2 updates, it remained a tablet-exclusive (and closed-source) entity.

Under the guidance of newly arrived design chief Matias Duarte, Honeycomb introduced a dramatically reimagined UI for Android. It had a space-like “holographic” design that traded the platform’s trademark green for blue and emphasized making the most of a tablet’s screen space.

While the concept of a tablet-specific interface didn’t last long, many of Honeycomb’s ideas laid the groundwork for the Android we know today. For example, the software was the first to use on-screen buttons for Android’s main navigational commands; it marked the beginning of the end for the permanent overflow-menu button. In addition, it introduced the concept of a card-like UI with its take on the Recent Apps list.

Ice Cream Sandwich was released in 2011 and served as the platform’s official entry into the modern design era, while Honeycomb acted as the bridge from old to new. The release refined the visual concepts introduced with Honeycomb and reunited tablets and phones with a single, unified UI vision.

ICS dropped much of Honeycomb’s “holographic” appearance but kept its use of blue as a system-wide highlight. And it carried over core system elements like on-screen buttons and a card-like appearance for app-switching.

Android 4.0 also made swiping a more integral method of getting around the operating system, with the then-revolutionary-feeling ability to swipe away things like notifications and recent apps. And it started the slow process of bringing a standardized design framework known as “Holo” throughout the OS and into Android’s app ecosystem.

Spread across three impactful Android versions, 2012 and 2013’s Jelly Bean releases took ICS’s fresh foundation and made meaningful strides in fine-tuning and building upon it. As a result, the releases added plenty of poise and polish to the operating system and made Android more inviting for the average user.

Visuals aside, Jelly Bean brought about our first taste of Google Now-The spectacular predictive-intelligence utility that’s since devolved into a glorified news feed. It gave us expandable and interactive notifications, an expanded voice search system, and a more advanced system for displaying search results in general, focusing on card-based results that attempted to answer questions directly.

Multiuser support also came into play, albeit on tablets only at this point, and an early version of Android’s Quick Settings panel made its first appearance. Finally, jelly Bean ushered in a heavily hyped system for placing widgets on your lock screen, one that, like so many Android features over the years, quietly disappeared a couple of years later.

Late 2013’s KitKat release marked the end of Android’s dark era, as the blacks of Gingerbread and the blues of Honeycomb finally made their way out of the operating system. Lighter backgrounds and more neutral highlights took their place, with a transparent status bar and white icons giving the OS a more contemporary appearance.

Android 4.4 also saw the first version of “OK, Google” support, but in KitKat, the hands-free activation prompt worked only when your screen was already on, and you were either at your home screen or inside the Google app.

The release was Google’s first foray into claiming a full panel of the home screen for its services. At least for users of its Nexus phones and those who chose to download its first-ever standalone launcher.

Here is a brief rundown of each Android Version After Kitkat, with their accompanying code name and release date.

As you can see, the update system was without regularity early on, but the Ice Cream Sandwich era started the yearly OS version update schedule.

The Latest Version of Android is 12.0

The initial version of Android 12.0 was released on October 19, 2021, on Google’s Pixel smartphones. It is also arriving on Samsung Galaxy, OnePlus, Oppo, Realme, Tecno, Vivo, Xiaomi, and other devices later this year.

Unlike early versions of Android, this version doesn’t have a cute dessert name—or any other type of name beyond the version number. It’s just “Android 12.” Google still plans to use dessert names internally for development builds. For example, Android 12 was code-named “Snow Cone.”

As with Android 11 before it, Android 12 includes a number of new user-facing changes and features. Most prominent is a new design language called Material You, redesigned widgets, a Privacy dashboard, and more.

How to Check Your Version of Android

Here’s the fun part about Android: how you find out even the simplest information varies depending not only on what version of Android your phone is running but also on who manufactured the device. But we’ll keep it as simple as possible here. First, open your phone’s setting menu by pulling down the notification shade and then tapping the cog icon.

From there, scroll to the very bottom of the menu and tap the “About Phone” entry (it may also read “About Device”). If your phone doesn’t have this option, it’s probably running Oreo, which received a dramatic Settings overhaul. In that case, look for the “System” option.

There should be an entry for Android Version. Depending on the device and Android version, it may be different. You can find the version info on Oreo under the “System Update” section.

How to Update to the Latest Version

The manufacturer of your phone first handles android updates, so Samsung is responsible for its updates, LG handles updating its phone, and so on. The only updates handled by Google itself are for Pixel and Nexus devices.

To see if there’s an update available for your device, head into Settings > About Device > System Updates (or similar). But, again, this may be in a different place depending on your phone. For instance, Samsung puts the System Updates option at the root of the Settings menu.

Tapping this option will check for an update on the device, but there’s a good chance it won’t find anything. However, as soon as an update is available for your phone, it generally notifies you of that fact and prompts you to download and install it right then.

The only surefire way to make sure you’ll get the latest version of Android is to buy from the Pixel line. Google updates these phones directly, and they’re generally up to date with the latest major version and security patches.