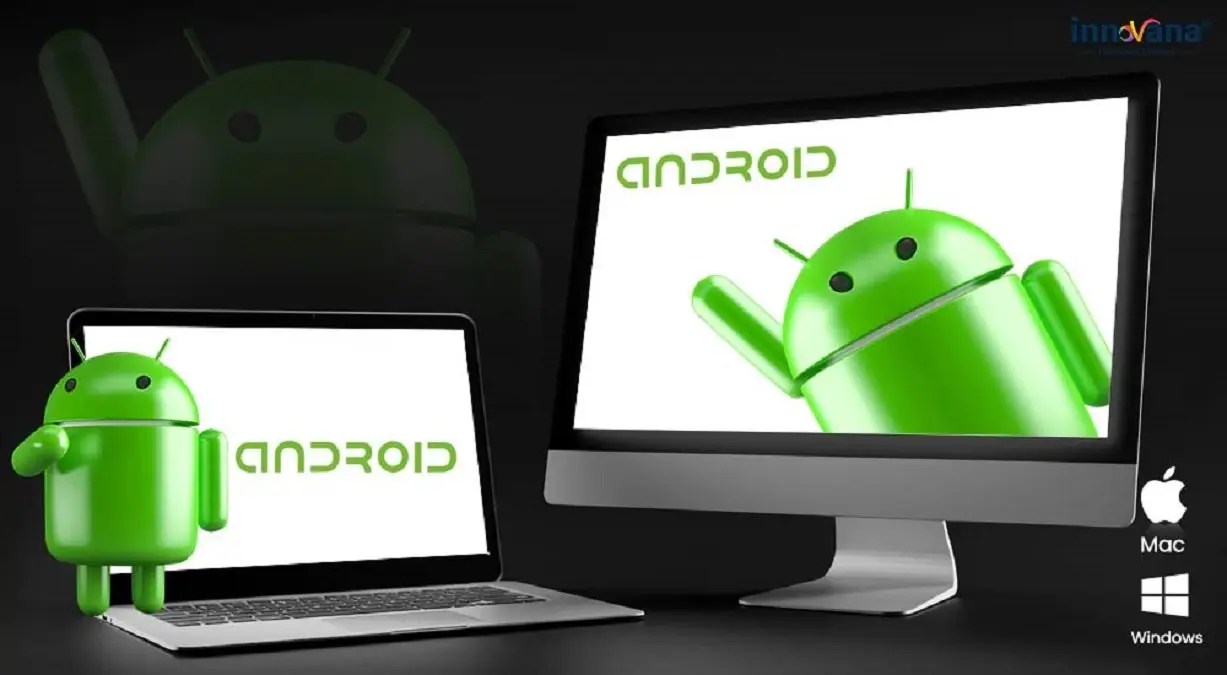 An Android emulator is a software application that allows your mobile to imitate Android OS features into your PC. It allows you to install Android Apps on your computer or laptop and use them natively.

There are a lot of valid reasons why someone would want to run Android emulators on their PC. App developers may be trying to test their application before shipping it out. Gamers may want to use a mouse and keyboard on their games. Maybe you just want it there to have it. In any case, Android emulation on PC is possible and it’s a lot easier than it used to be. Some old favorites either left the space or become unusable (Andy, AmiduOS, and Leapdroid), but everything else here should work okay for most people. Here are the best Android emulators for PC and Mac.

It’s also worth noting that Windows may allow for Android apps directly in Windows 10 starting in 2021. This could mean big things for the Android emulator market.

LDPlayer is an Android emulator focusing on gaming performance. Running Android Nougat 7.1, it features the usual array of gamer-oriented features, including good keyboard mapping controls, multi-instance, macros, high FPS, and graphical support. This is one of the few emulators on the list that gets active updates to improve compatibility. It supports a wide range of games, including Garena Free Fire, Among Us, Clash of Clans, and many others. In the latest versions, LDPlayer has optimized the performance of League of Legends: Wild Rift, providing preset keymapping for different Champions and other custom features. Besides that, LDPlayer is also a well-rounded emulator for using TikTok, Instagram, WhatsApp, etc. 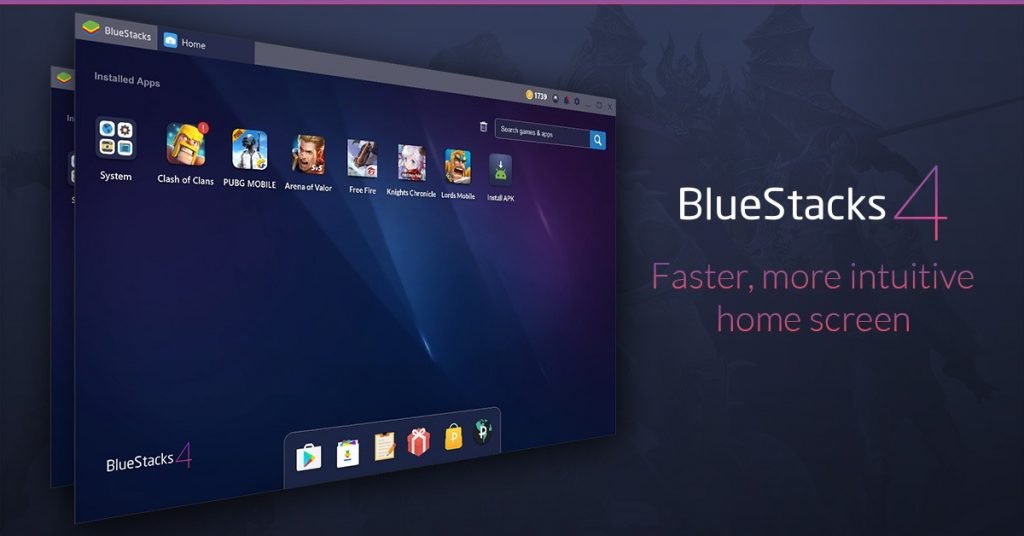 Bluestacks is the most mainstream of all Android emulators. There are several reasons for that. For starters, it’s compatible with Windows and Mac. It was also one of the first that worked really well that still gets regular updates. The emulator targets mobile gamers. There is a stigma with Bluestacks because it can feel a little bloated at times.

Bluestacks is a very popular Android emulator. It also offers custom key mapping for keyboard configurations. It helps you to improve your target and reaction time while playing a game with the keyboard and mouse.

This emulator is one of the heaviest emulators on the list. However, it also has the most features for better or for worse. Bluestacks also made the MSI App Player, another excellent emulator that some believe works better than vanilla Bluestacks. You can try either one, they are both by Bluestacks.

GameLoop, formerly known as Tencent Gaming Buddy is an Android emulator that is used as a gaming platform. It is an ideal emulator if you want to play games on your desktop. GamLoop emulator includes many popular games like Call of Duty: Mobile and PUBG Mobile.

This emulator features other games aside from Tencent’s, although its collection isn’t as big as it could be. The emulator downloaded and installed fine and the games we tested ran just fine. This one is not good for productivity or developmental testing. However, if you have an itch for mobile FPS gaming along with some titles, this is actually a fairly decent gaming emulator and it boasts a good collection of newer titles. 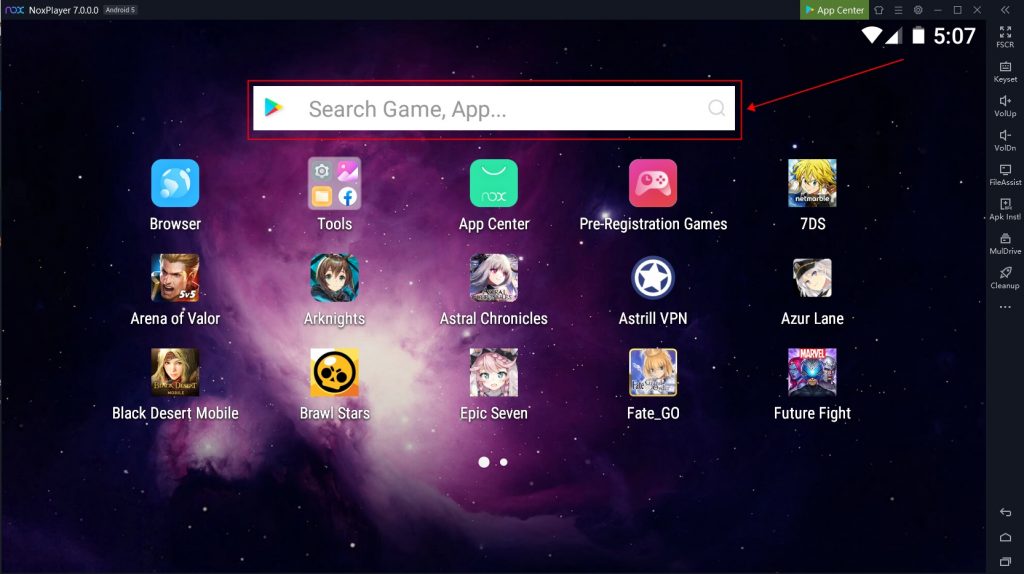 Nox Player is another Android Emulator which is recognized by gaming lovers around the world. You can run this Emulator on various devices that allows running multiple functions.

This emulator includes the usual stuff like key-mapping with your keyboard, actual controller support, and even the ability to key-map gesture controls. For instance, you can assign the function to swipe right to an arrow key and use that in a game without actual hardware controller support.

Also read: How to Download GBA4iOS Emulator app on iPhone 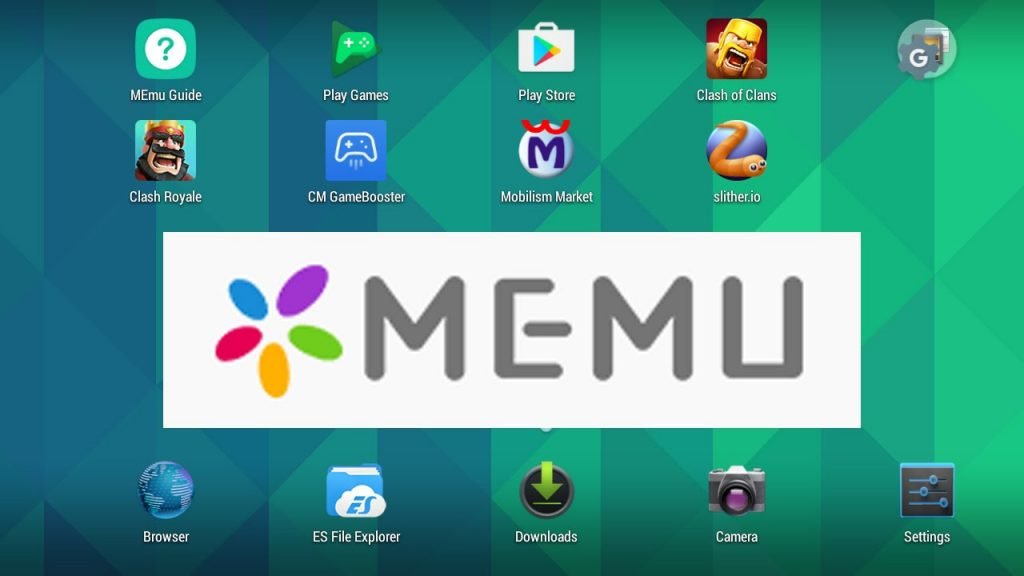 Memu is easy to install an Android emulator app. It offers support for Intel and AMD chips, as well as integrated and dedicated graphics.

This emulator supports Android Jelly Bean, Kit Kat, and Lollipop. You can even run multiple instances at once for multiple games or testing features. It aims itself at gamers much like Bluestacks and similar emulators but it’s usable as a productivity tool too.

AndY is another popular Android emulator. It breaks down the main barrier between mobile and desktop computing by keeping the customer updated with the latest Android upgrades. 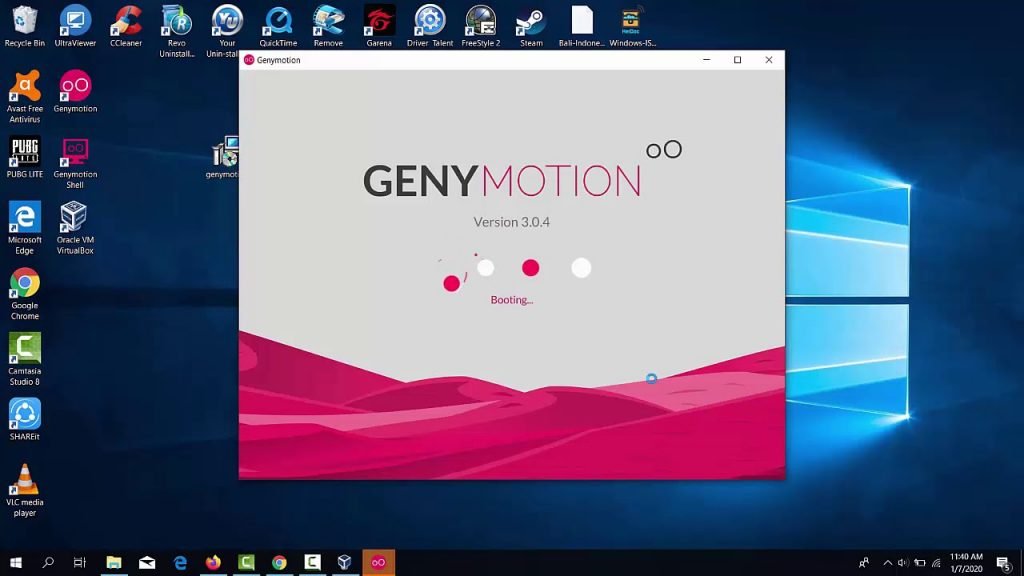 This Android emulator is mostly for developers. It lets you test your apps on a variety of devices without owning them. You can configure the emulator for a variety of devices with various versions of Android to help suit your needs. For instance, you can run a Nexus One with Android 4.2 or a Nexus 6 with Android 6.0. You can easily switch between virtual devices at will. It’s not great for consumer uses, but Genymotion does offer their services for free for personal use.

Genymotion is a multi-support Android emulator. The software helps you to speeds up testing, share live demos. You can also monitor performance across all devices. 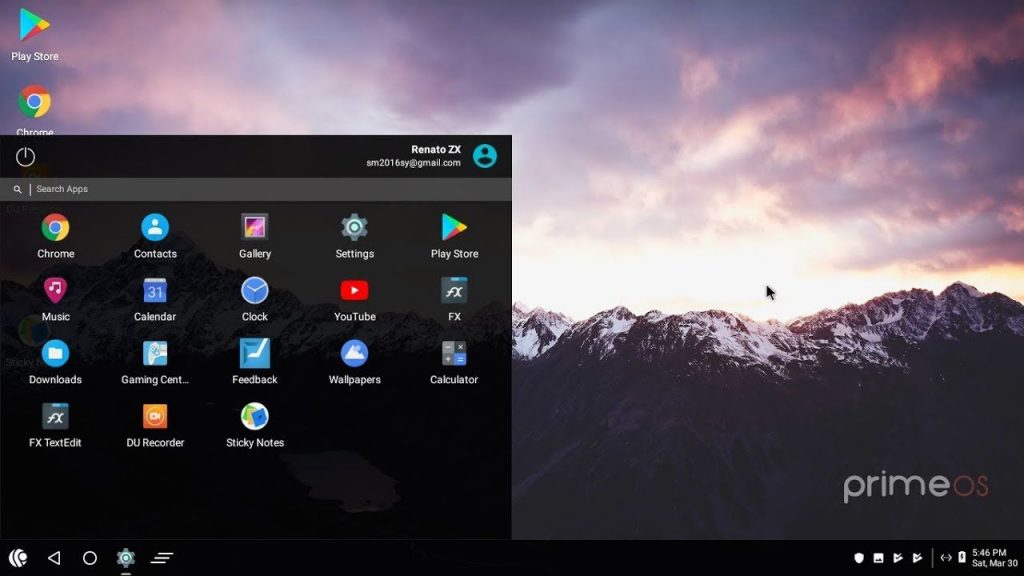 PrimeOS is kind of a standout in the Android emulator space. It’s not actually an emulator. You install this as a partition on your computer and it boots up running native Android. It’s a gamer-focused Android experience, although you can totally use this for productivity if you really want to. PrimeOS includes a gaming center, support for mouse and keyboard, and access to most Android apps and games.

This emulator provides a complete desktop experience the same as Mac OS or Windows with access to many Android applications. This Android Emulator is designed to bring you both worlds – a complete fusion of Android and PC. 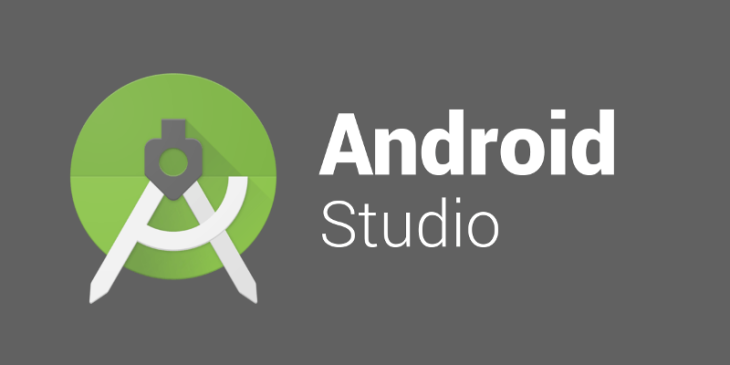 Android Studio is the default development console (integrated development environment, or IDE) for Android. It comes with a bunch of tools to help developers make apps and games specifically for Android. As it turns out, there is also a built-in emulator that you can use to test out your app or game. The setup is rather complicated so it won’t appeal to everyone but it is by far the fastest and most feature-rich option on this list.

This is an open-source Android emulator which is licensed under Apache Public License 2.0.

ARChon is Google’s official App Runtime for Chrome package. This streamlined Emulator has the ability to run any Android app as a ChromeOS app.

It’s not an easy emulator to get running. You’ll have to install the thing to Chrome. From there, you have to obtain APKs and load them in. As an added rub, you may need to use a tool to change the APK in order to make it compatible. There are a lot more steps to make this work than most other Android emulators for PC. On the plus side, though, it works with any operating system that can run an instance of Chrome (Mac OS, Linux, Windows, etc).

Also read: How to Run iOS Apps on an Android Device

Ko player is an Android emulator tool that helps users gain the quality Android playing experience on their Windows PC or Mac. The main focus of this Emulator is to provide a lag-free gaming experience to its users. 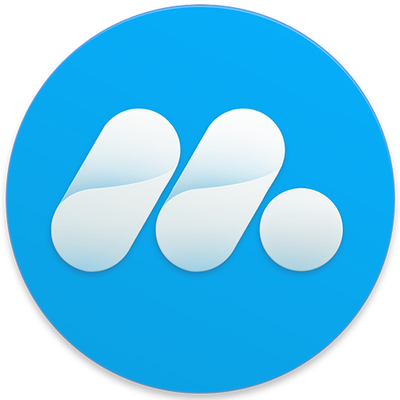 NetEase made an actually decent emulator with MuMu. It’s another gaming emulator with most of the same features as its competitors. The emulator runs Android 6.0, a bit older than some competitors. That said, it has a decent boot time and enough features to warrant consideration. MeMU, Bluestacks, and GameLoop kind of surpassed it in terms of features and all three of those get regular updates. However, if none of those work, this one probably will. 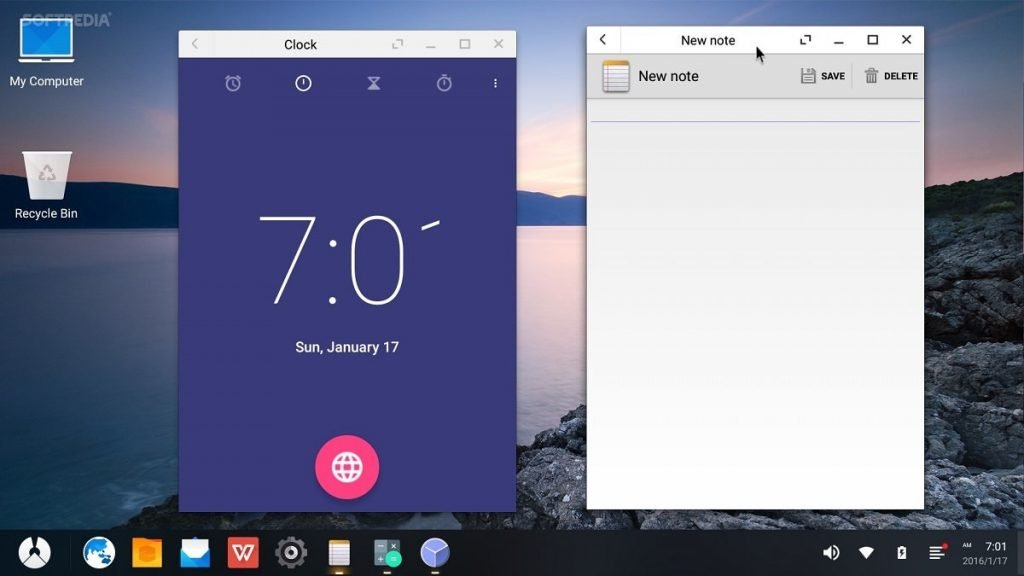 Phoenix OS is one of the newer Android emulators for PC. Like most these days, it boasts a gamer experience. However, it also boasts a desktop-like experience so it actually works pretty well for productivity as well. It has Google Play Services, although updating those services can be a bit of a pain sometimes. That means you get every app and game in the Google Play Store. Phoenix OS also runs Android 7.1 which is relatively modern for an Android emulator. You can download the emulator from its official website and its forums are housed on XDA-Developers.

What is Android Emulator?

An Android emulator is a software application that allows your mobile to imitate Android OS features into your PC. It allows you to install Android Apps on your computer or laptop and use them natively. It is mainly used for debugging purposes

Here are some other reasons for using Android Emulator:

How do Android Emulators Work?

Android Emulators work on the principle of platform virtualization for both hardware and software. The AVD manager (Android Virtual Device) helps you to set up and do the configurations for virtual Android devices.