iPhone 6s vs iPhone 6s plus: What’s the difference 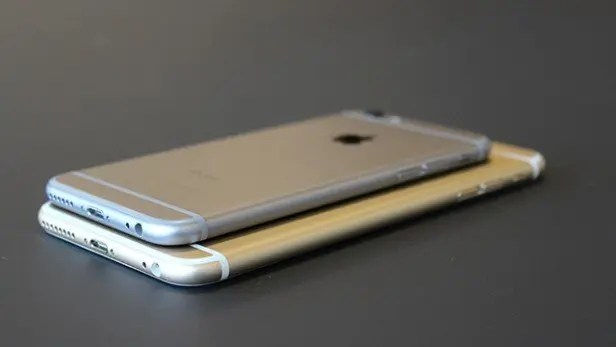 It would be easy to take a look at the larger iPhone 6s Plus and smaller iPhone 6s side-by-side and conclude that size is the differentiating factor. Although there is some truth to this general observation, there are other important differences that are not so obvious.

So, now you’re ready for that upgrade. But which iPhone is right for you this time around? Even though they look almost exactly the same on the surface, this ‘S’ cycle has seen quite a spruce up on the inside.

Both the iPhone 6S Plus and the iPhone 6S look identical to their immediate predecessors, which means that they also look very similar to one another – with one notable difference.

The obvious thing, which most of you may already know, is size. Just like the last generation, the iPhone 6S has a 4.7-inch screen while the iPhone 6S Plus has a larger 5.5-inch one.

Both screens are LED-backlit, have IPS technology and an advanced “Tapic Engine” in lieu of a simpler vibration sensor, and have a 500 cd/m2 typical maximum brightness as well as “dual-domain pixels” which means a wider viewing angle than more primitive displays.

Both phones have Apple’s new 3D Touch system stashed under those toughened Ion-X displays, too.

What’s 3D Touch? This is Apple’s iPhone take on a pressure sensitive screen, letting you access handy little shortcuts and previews throughout iOS 9 by pressing more, or less, hard.

You can preview emails and website links, jump straight to key functions from app icons, and more.

Both models are available in four color options — gold, silver, rose gold, and space gray, which has a black glass front.

The iPhone 6s and iPhone 6s Plus also both have a faster “second generation” Touch ID fingerprint sensor in the home button for biometric authentication, a bottom mounted headphone jack, microphone, Lighting connector, and a single built-in speaker as well as an on/off switch on the righthand side.

In terms of performance, the two phones are almost identical. Both utilise Apple’s new 64-bit A9 CPU, which boasts a faster clock speed than previous models and a significantly faster GPU.

In fact, the A9 CPU manages a 70 percent boost over last year’s A8, while the PowerVR GT7600 GPU provides a 90 percent graphical boost.

Perhaps the most significant improvement in performance for both phones, however, is the 2GB RAM inside both handsets.

The iPhone 6s and iPhone 6s Plus both have an identical “FaceTime HD” camera on the front of each device. This camera has a 5 megapixel sensor, an f/2.2 aperture, and can record 720p video.

The one point of difference here is OIS, which stands for optical image stabilisation. The iPhone 6S Plus has it, while the iPhone 6S doesn’t.

OIS nullifies the effects of camera shake, which has benefits for video. It also allows for night-time and low-light exposure times to be a little longer, thus resulting in brighter shots.

Battery life is another important point of differentiation between the iPhone 6s and iPhone 6s Plus. As the iPhone 6s Plus is physically larger, Apple was able to pack in a larger capacity battery, and it delivers longer runtime accordingly.

However, the more efficient A9 CPU and Apple’s iOS 9 optimisations mean that battery life hasn’t suffered to any meaningful degree.

The iPhone 6S will still comfortably last you through a full day of moderate usage, while the iPhone 6S Plus can stretch to two days. The bigger phone is by far the better bet if you frequently find recharging opportunities hard to come by.

Both phones have a handy new Low Power mode to help extend battery life in extreme situations, too.

The storage options on these two iPhones are identical, and the 64GB and 128GB options are both plenty generous enough, we feel.

More concerning is the continued presence of a 16GB entry model for both. This simply isn’t enough for a modern non-expandable high-end smartphone, especially considering that both phones now take considerably larger photos and videos than before.

Apple has turned out two more high class smartphones in the iPhone 6S Plus and iPhone 6S.

The iPhone 6S Plus is materially the better phone of the two, with a superior camera, a much bigger and sharper screen, and significantly better battery life.

Related Post: iPhone 6 plus vs 6s plus buyer’s guide