Explaining What Wireless HDMI Is And Why You Need It 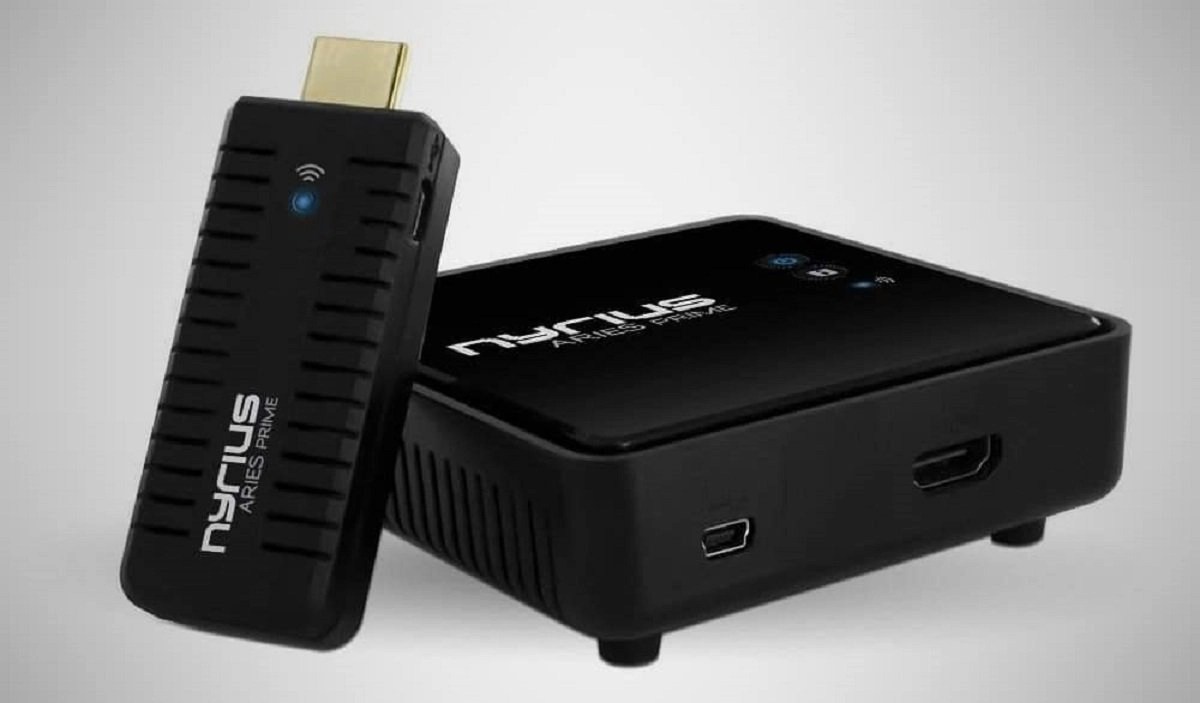 HDMI cables have been the standard medium for transferring high-definition video for over a decade. But HDMI cables have some obvious drawbacks. For example, a couple of unruly HDMI cables can turn your entertainment center into a rat’s nest, and they can restrict your cable box or game consoles to a single room.

You’ve probably guessed this by now, but Wireless HDMI is a wireless high-definition video solution that can solve some of the problems associated with HDMI cables. For example, you can clean up your entertainment center, broadcast a single video source to TVs all over your house, or mirror the display from your phone or computer to your TV.

What Is Wireless HDMI?

Wireless HDMI is the generic name for transmitting HD video and audio from a source device, such as a BluRay player, a PC, or a gaming console, to a TV without any wires. It’s a literal replacement for the standard HDMI cables that connect all of your media gear. Instead, you plug in a transmitter to the HDMI port of the source device and a receiver to the HDMI port on your TV, and away you go. There’s no setup or configuration. Instead, the two halves automatically detect one another and connect.

It’s as easy as plugging in a cable without any in-between hassles. The receiver and transmitter units may need power cables, but some of the more recent models can draw power directly from their plug devices. The wireless range varies depending on the technology used and where your TV and source devices are located. It’s generally between 10 and 30 meters, and in some cases, line-of-sight is necessary.

Most wireless HDMI products also include infrared ports, either built-in or through a dongle, enabling you to control the source device even when it is located in another room. Wireless game controllers can also be used.

Wireless HDMI has been around for a few years now, but it’s had trouble leaping into mainstream consumer culture. It brings the promise of wireless 1080p video on your TV with no discernible lag or loss of quality. It also brings you one step closer to ridding those cables lying around your house. It’s like Bluetooth, but for video.

Unlike screen mirroring applications like Apple AirPlay, Wireless HDMI doesn’t require a Wi-Fi connection. Instead, the transmitter that you plug into your video source sends out a microwave frequency, and the receiver plugged into your display decodes that frequency into high-definition video. Think of it like Bluetooth, but for video.

Gamers have probably realized that wireless HDMI solutions aren’t suitable for broadcasting Xbox games around the house. Still, they can be used to remove the HDMI cables from your entertainment center.

You can purchase wireless video HDMI kits online that include everything you need to set up your system in minutes.

Also read: How To Easily Fix a Loose USB-C Cable

Four Reasons To Use Wireless HDMI

The main benefits of wireless HDMI revolve around convenience and lack of clutter.

Are There Any Downsides?

The idea behind Wireless HDMI is pretty great. So what’s holding it back?

The first downside is the price. Most Wireless HDMI kits run for about $200, and they only contain a single transmitter and a single receiver. You’d have to drop more than $1,000 to build up a decent army of Wireless HDMI products, and since they don’t support 4K, you might sacrifice some video quality in the process. In addition, most Wireless HDMI products can only communicate with one transmitter or receiver at a time. Broadcasting a single video source to multiple TVs is just too expensive and difficult.

You’re looking at a couple of hundred dollars for a typical wireless HDMI setup compared to a couple of bucks for a few meters of HDMI cable. As such, it’s not something that you should get on a whim. Instead, it’s more of a “get it if you need it” product.

The next issue is that wireless technologies always have the potential to be less reliable and stable than wired connections. With a traditional HDMI cable, you don’t have to worry about reduced video quality due to compression or loss of signal due to interference. With any wireless tech, you do.

And finally, there’s the fact that the technology is still young and immature. The competing standards are muddying the waters, but the devices are somewhat clunky.

Ideally, new TVs and other gadgets will come with built-in wireless HDMI support, removing the need for an external receiver, but that may not happen until 60 GHz networking takes off.

Getting Started With Wireless HDMI

IOGear makes well-reviewed wireless products, including the Wireless 5×2 HD Matrix. This WHDI system supports up to five source devices, can transmit to two HD TVs, and has built-in infrared capability. Unfortunately, it costs a hefty $399 and can be extended further with additional transmitters, priced at $159 apiece.

If you prefer a 60 GHz WirelessHD option, the DVDO Air3C gives you one transmitter and one receiver (which can draw power from the TV) for around $189. More affordable options are available if you want to dip your toe in the water.

What Wireless HDMI Is Not

Wireless Video HDMI is not like a Chromecast device or other streaming media equipment, which uses a home WiFi network. It also does not work like Miracast or Intel’s WiDi by screen mirroring. Instead, it is a direct connection without wires between your media source and TV, so there is no degradation in quality or high latency.

Wireless HDMI has been around for a few years now, but it’s had trouble leaping into mainstream consumer culture. So why hasn’t it replaced HDMI cables if it is so cool?

There are no standards for Wireless HDMI, and none of the expensive Wireless HDMI products on the market are compatible with one another. Of course, manufacturers could get together and push Wireless HDMI as the new standard for home video. Still, frankly, they have little incentive to develop technology that super-fast data transfer formats like USB-C could supersede.

Right now, WHDI is the leading Wireless HDMI option. It operates around the 5 GHz frequency and supports 1080p and 3D video. Sadly, WHDI doesn’t support 4K, and it’s prone to interference from routers and cellphones. A decade ago, there was a push for global WHDI adoption, and companies like Sharp and Philips built WHDI receivers into some TVs. But these WHDI TVs weren’t very successful, and the format became relegated to niche status.

Will Wireless HDMI become the global standard for video transfer? Fat chance. But it could replace HDMI cables in your home if you can find a good use for it.