NTFS Vs FAT32 Vs ExFAT: Everything You Need To Know 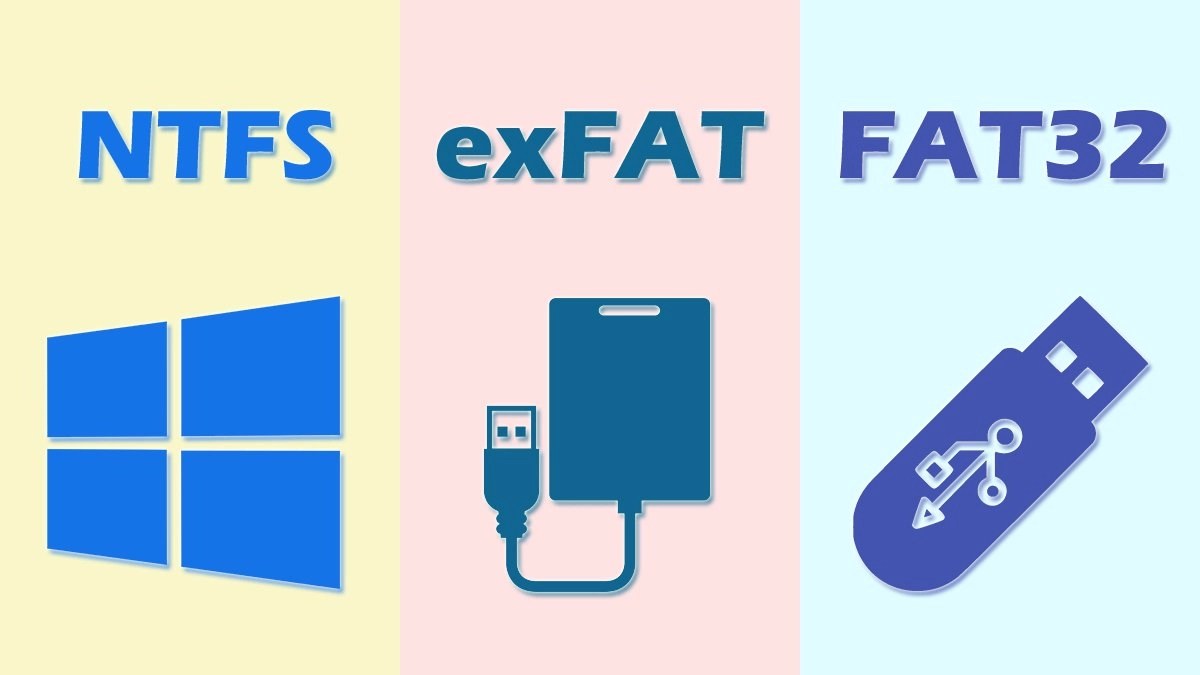 Whether you’re formatting an internal drive, external drive, USB flash drive, or SD card, Windows gives you the choice of using three different file systems: NTFS, FAT32, and exFAT. The Format dialog in Windows doesn’t explain the difference, but in this article, we’ll explain what the three file systems mean.

What Is A File System?

File system is a collection of algorithms and data structures that perform the translation from logical file operations to actual physical storage of information. In computing, a file system determines how data is stored and retrieved.

Without using the file system, information placed in a storage medium would be one large body of data with no way to know where one piece of information stops and the next one begins.

What is NTFS File System?

NTFS is the modern file system Windows likes to use by default. When you install Windows, it formats your drive with the NTFS file system. NTFS has file and partition size limits that are so theoretically huge you won’t run up against them. NTFS first appeared in consumer versions of Windows with Windows XP, though it originally debuted with Windows NT.

NTFS is packed with modern features not available to FAT32 and exFAT. NTFS supports file permissions for security, a change journal that can help quickly recover errors if your computer crashes, shadow copies for backups, encryption, disk quota limits, hard links, and various other features. Many of these are crucial for an operating system drive—especially file permissions.

Compatibility: Works with all versions of Windows, but read-only with Mac by default, and may be read-only by default with some Linux distributions. Other devices—with the exception of Microsoft’s Xbox One—probably won’t support NTFS.

Ideal Use: Use it for your Windows system drive and other internal drives that will just be used with Windows.

FAT32 is one of the oldest of the three file systems available to Windows. It is introduced this system in Windows 95 to replace the FAT16 file system used with older OS systems like DOS and Windows 3.

Individual files on a FAT32 drive cannot excessed 4 GB in size, which is the maximum.

A FAT32 partition should be less than 8 TeraByte (TB). The FAT32 contains four bytes per cluster inside the file allocation table.

Compatibility: Works with all versions of Windows, Mac, Linux, game consoles, and practically anything with a USB port.

Ideal Use: Use it on removable drives where you need maximum compatibility with the widest range of devices, assuming you don’t have any files 4GB or larger in size.

The exFAT file system was introduced in 2006 and was added to older versions of Windows with updates to Windows XP and Windows Vista operating systems.

It is known as the most updated file system from Microsoft for Windows OS. This system is compatible with flash drives, thumb drives, or memory cards. The full form of exFAT is an extended file allocation table. It has large limits on file and partition sizes. It optimizes exFAT for flash drives.

Compatibility: Works with all versions of Windows and modern versions of macOS, but requires additional software on Linux. More devices support exFAT than support NTFS, but some—particularly older ones—may only support FAT32.

Ideal Use: Use it when you need bigger file size and partition limits than FAT32 offers and when you need more compatibility than NTFS offers. Assuming that every device you want to use the drive with supports exFAT, you should format your device with exFAT instead of FAT32.