How To Make An End Portal In ‘Minecraft’ 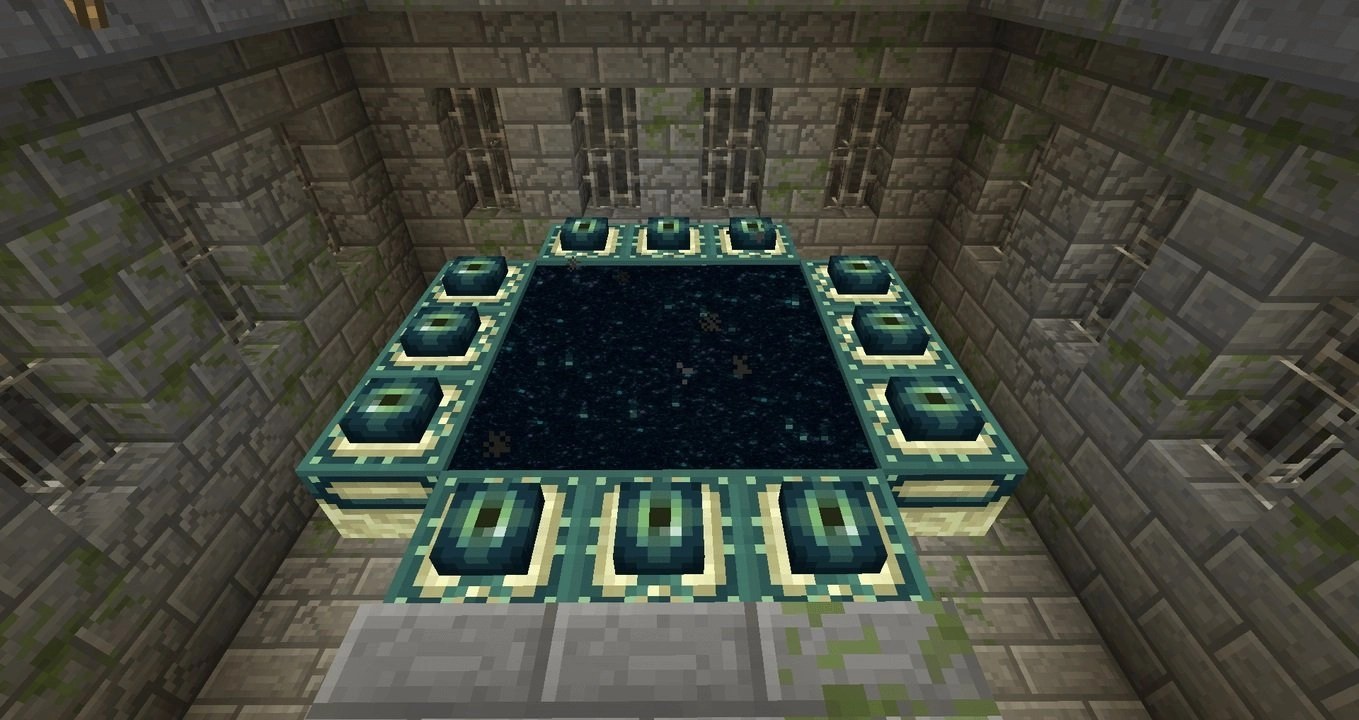 Initially, Minecraft was one of those games you just couldn’t beat. There was no end to it, you simply played as long as you wanted. But as the fanbase increased and the years rolled by, the developers decided to add a final boss. This final boss is known as the Ender Dragon. It’s a flying titan that’s pretty difficult to take down. If you succeed in defeating this boss, you get an achievement for completing the game and you’ll see the end credits. In this tutorial, we will be explaining how to make an end portal in ‘Minecraft’.

Getting to this Ender Dragon requires you to craft a unique structure known as an End Portal. This End Portal as you might have probably guessed takes you to The End. The dark dimension is where the Ender Dragon resides. 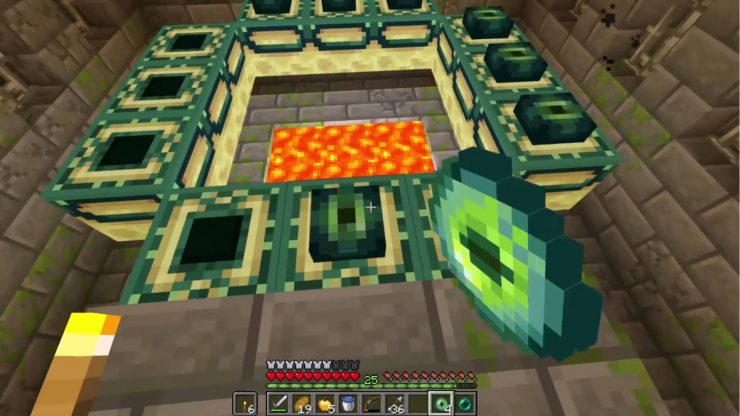 Additionally, End portals can only be found in the portal room of a stronghold. You’ll need to project quite deep into the stronghold to find it. You can be sure when you find it hanging over a pool of lava. To activate the End portal, you need to place an Eye of Ender on each of the 12 frames lining the portal. Most End portals already have some Eyes of Ender in place, with a 10% chance of generating with an existing eye.

Once you step onto the activated End portal, you’ll immediately be transported to the End, without any way of stopping it. Once you arrive at the end, you’ll spawn in the middle of a central island, with smaller islands visible around to explore. To access these outer islands, or to leave the End, you’ll need to defeat the Ender Dragon found on the main island. This will open up a portal to either ‘complete’ the game and return to the regular Minecraft overworld as we know it – or further explore the outer islands.

As is usual in Minecraft, you’ll be needing Eyes of Ender to locate the End Portal. This Eyes of Ender are a kind of magical compasses that would lead you to your destination.

Although it’s different in survival mode, you’ll need to find a stronghold to activate an End portal. In creative, you can create your own. Here’s the End portal recipe: 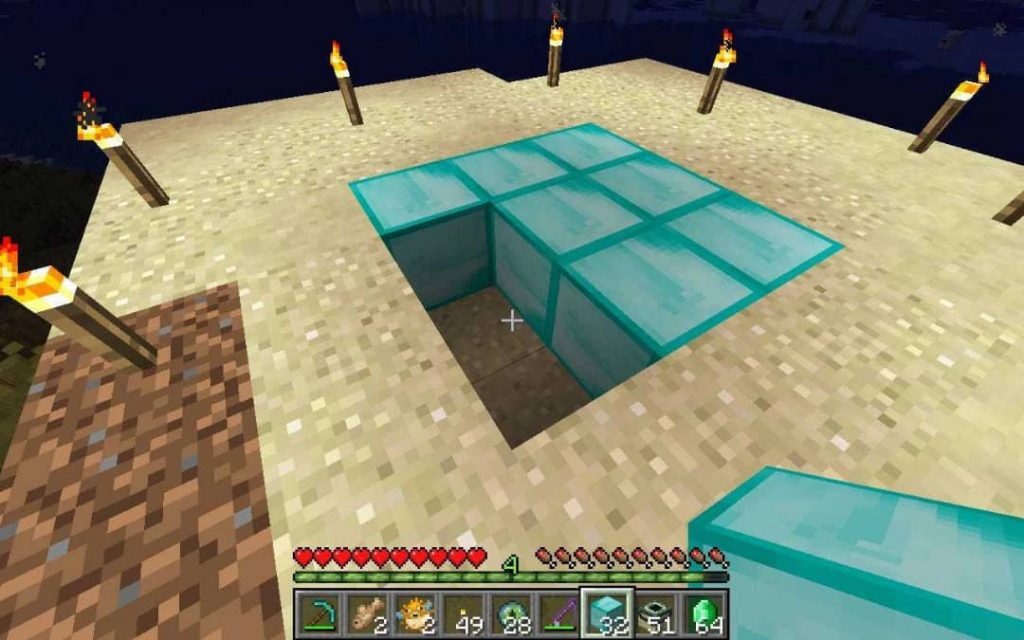 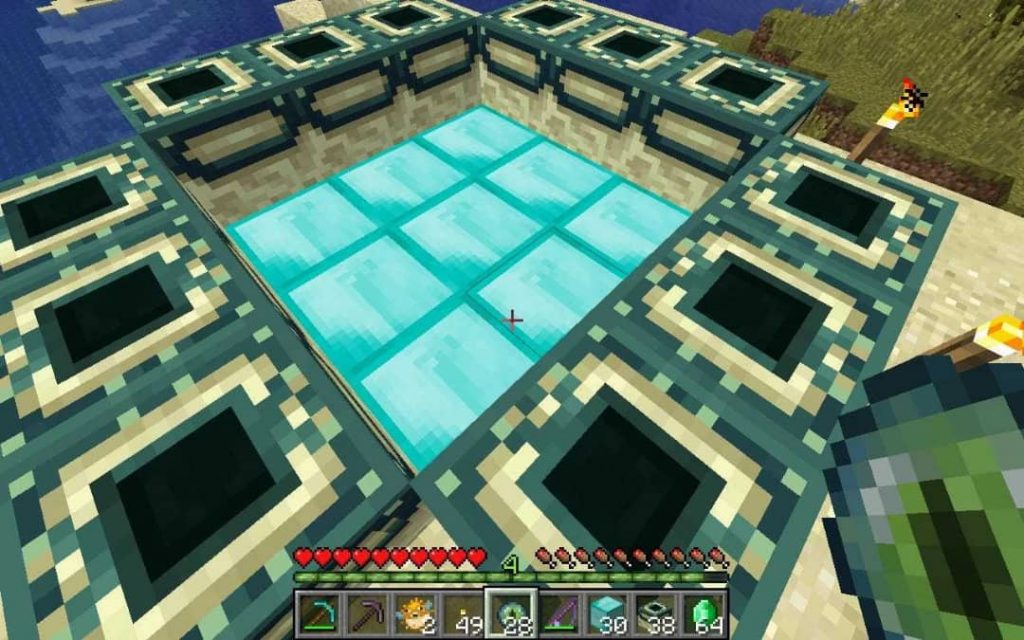 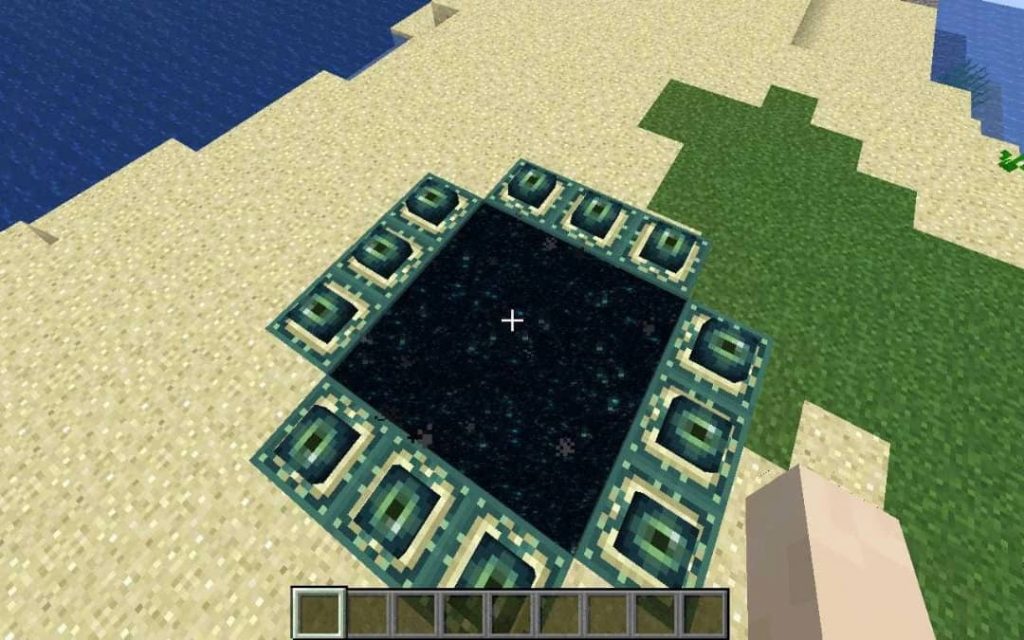 If you’re traveling to the End, make sure you are fully prepared to engage the Ender Dragon and all the other Minecraft mobs lying in wait. If you’re struggling to find a stronghold, these Minecraft seeds containing End portals cut right to the chase.