DJI Mavic Air Vs DJI Mavic Pro: Everything You Need to Know 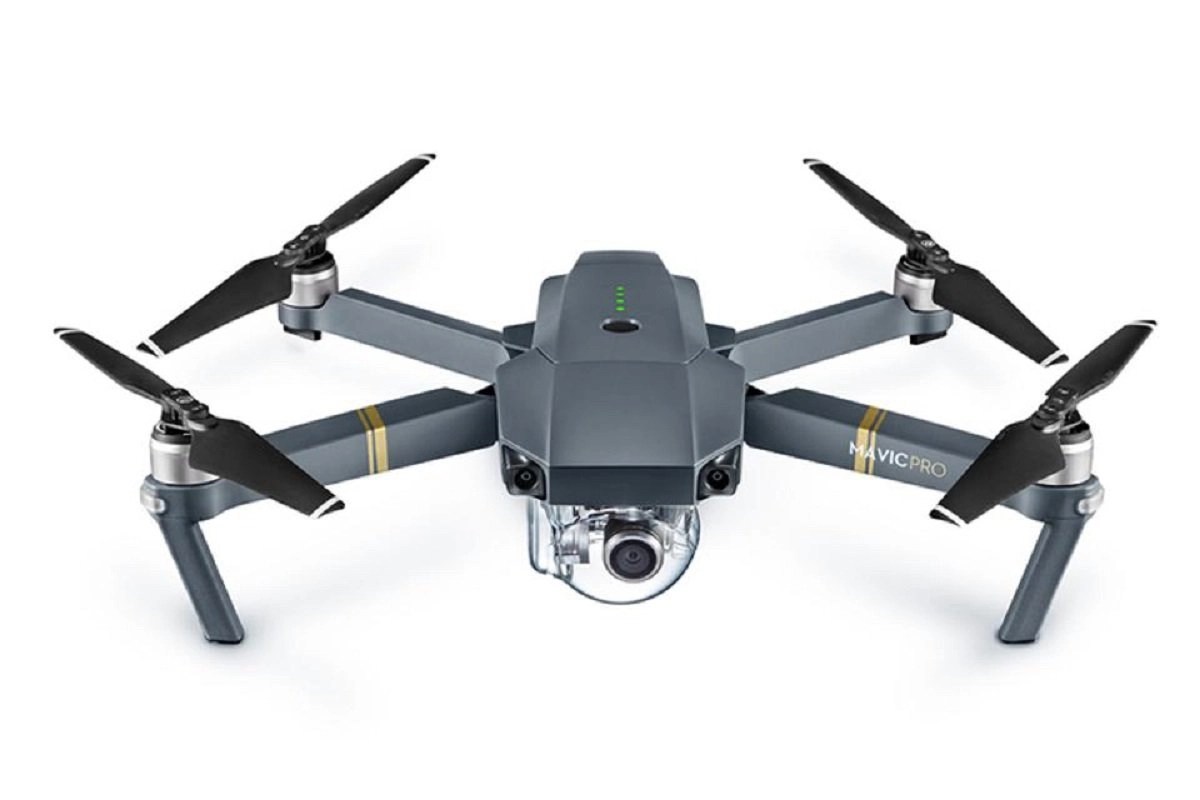 DJI is a famous drone maker. Its latest is the Mavic Air. The Mavic Air is a travel-friendly drone equipped with 4K video specs. Its launch is expected to siphon all the spotlights from other competitors. With its portability and top-notch performance, that wouldn’t be a biggie. This article compares the DJI Mavic Air Vs. DJI Mavic Pro.

There’s still the Mavic Air’s bigger and pricier older model, the Mavic Pro, to contemplate. Here, we’ll have a detailed comparison of the two DJI drones to determine if there’s a solid reason to choose one over the other. So, you’ll know how to get your penny’s worth. 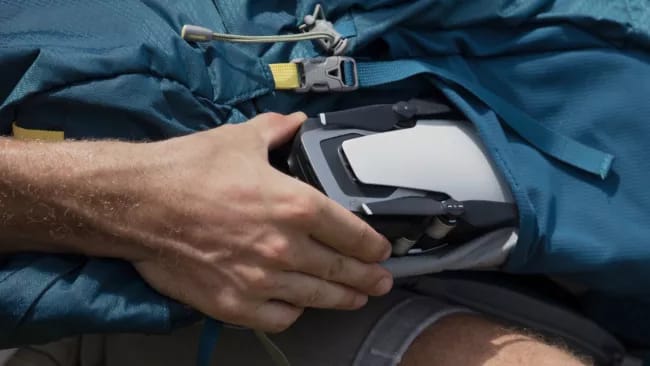 DJI’s Mavic Air is a small and foldable drone with four propellers. It’s a small drone that you can use without difficulty. And since it’s also a lighter drone, it won’t feel so big. This makes it potentially breakable in your hand.

On the other hand, the Mavic Pro is a compact, travel-friendly drone with a silver design. Its small size makes it a suitable option for flying indoors and outdoors. It has four propellers.

It’s about half the size and substantially lighter than the Mavic Pro. If you’re looking for an easily portable drone, the Mavic Air is tops. 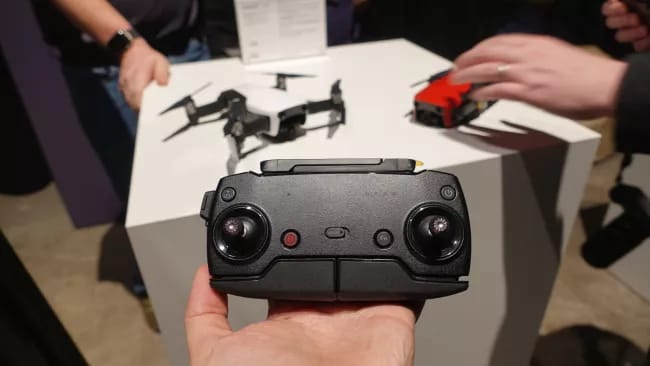 The Mavic Pro and the Mavic Air can be operated with your phone. It comes with Goggles that allow for first-person viewing and hand gestures. You’ll need to download the DJI app to your iPhone or Android device to use the phone controls. Then you insert your phone into the controller.

While that experience is similar between both devices, the gesture control separates them. The Mavic Air has enhanced sensors compared to the Mavic Pro. It can more proficiently identify where to go and how. That results in overall better control from just your hands.

We’ll start by skimming through the specs of each device as they relate to cameras, sensors and storage.

The new Mavic Air features a 1/2.3” CMOS image sensor that can capture 12MP stills with HDR. It can also create 32MP spherical panorama shots. The camera can shoot 4K video at 30fps, 2.7K video at 60fps, and Full HD video at 120fps. Its recording can run at a fast 100Mbps bitrate, detailing more info in the video. The camera system has an 85-degree field of view and is supported by a 3-axis gimbal for stable shooting.

The Mavic Pro’s camera system is comparable to the Mavic Air’s, but there are some differences. The Mavic Pro also supports its camera on a 3-axis gimbal, but it only has a 78.8-degree field of view. Its camera can also shoot 12MP still images and shoot 4K video at 30fps. However, to hit 120fps, it has to shoot at 720p, and it can’t capture HDR images. It does get a live-up in professional video applications, though, as it can shoot in cinematic 4K (a higher resolution version) at the industry-standard 24fps. The Mavic Pros video bitrates are a bit slower than the Mavic Air’s, coming in at 60Mbps. 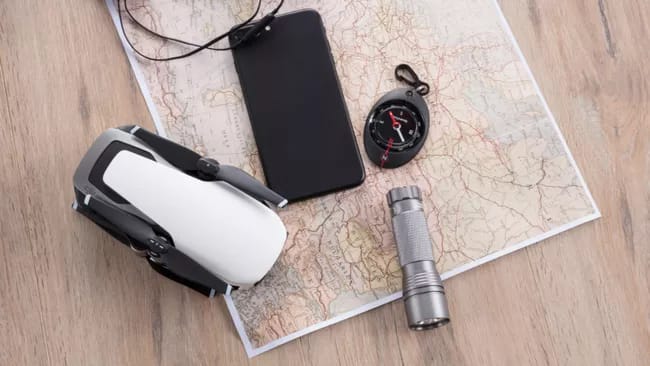 The Mavic Air edges out the Mavic Pro in terms of sensors, with more equipped to keep the drone flying safe and evading impediments. However, the Mavic Pro takes that edge back regarding operational distance. This is because it can communicate with the controller up to 4.3 miles away compared to Mavic Air’s 2.5-mile functional range.

While both drones support microSD cards, the Mavic Pro supports a 64GB maximum that doesn’t do much to contend. The Mavic Air can support a 128GB microSD card, and it also has 8GB of internal storage for those times you need a picture or video in haste. 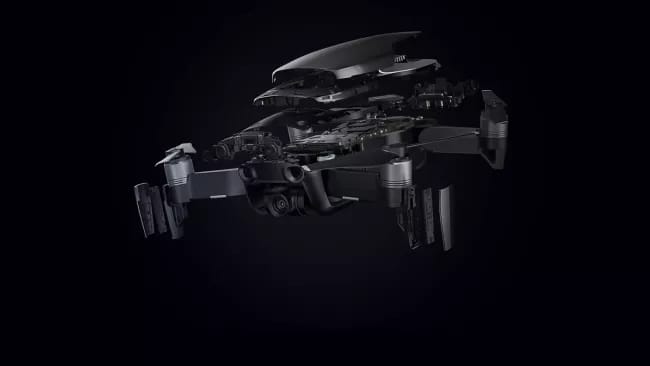 Furthermore, both the Mavic Pro and Mavic Air come with remote controls and support DJI Goggles for a first-person flying perspective. On these points, the two are evenly harmonized.

The controls of each drone are where the two start to deviate a bit more. You can control each with a phone or with the included remote control. In addition, they can also be controlled with a pilot’s bare hands in several ways via gesture controls. And those gesture controls have been advanced in the Mavic Air.

Both the Mavic Air and Mavic Pro feature the self-sufficient SmartCapture modes called Rocket, Dronie, Circle and Helix. Each designates a flight pattern for the drone to shoot a quick video automatically. Now, though, the Mavic Air has added Asteroid and Boomerang. Boomerang sends the drone out and away in an arc, then it circles back, returning to the pilot like a boomerang. Asteroid has the drone fly out to create a spherical panorama merged with video as the drone flies back toward the subject.

Flying forward while bypassing obstacles both vertically and horizontally autonomously. The Mavic Air’s improved sensors can also help it fly niftier while being piloted in any control mode. Instead of stopping when moving toward an obstacle like older DJI drones, it will create a flight path around the obstacle. Then it continues in the direction it was going. It also surpasses DJI’s “ActiveTrack” mode, which has its tail a subject and keeps it in the center of the shot. ActiveTrack with the Mavic Pro works by drawing a box around the subject the drone is supposed to follow. But with the Mavic Air, the pilot can click on the subject to track. Plus, the Mavic Air can even follow multiple subjects.

All in all, the Mavic Air appears to top the Mavic Pro in terms of flight capabilities and controls, even if it cannot go as far or for as long.

According to DJI, the Mavic Pro will deliver up to 27 minutes of flight time on a single charge. The DJI Mavic Air will get you a meager 21 minutes flight time.

Honestly, neither the Mavic Pro nor the Mavic Air is budget-friendly. But one is a more appealing option. The Mavic Air, for instance, will set you back $799. If you want a Mavic Pro instead, you’ll need to pay $999. 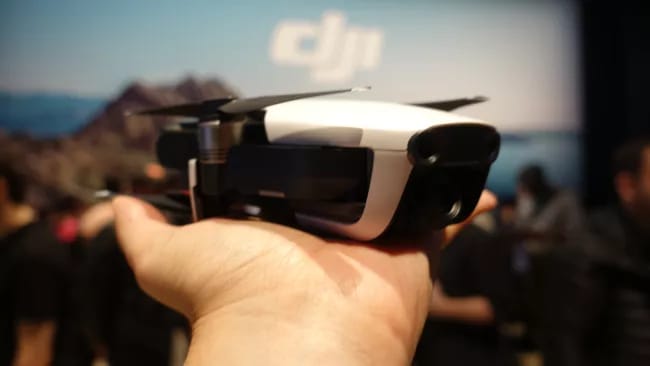 In conclusion and evident from the comparison above, Mavic Air is the champion. Sometimes, we wonder why a supposedly pro version lacks the original. It could be a marketing strategy or simply just folly.