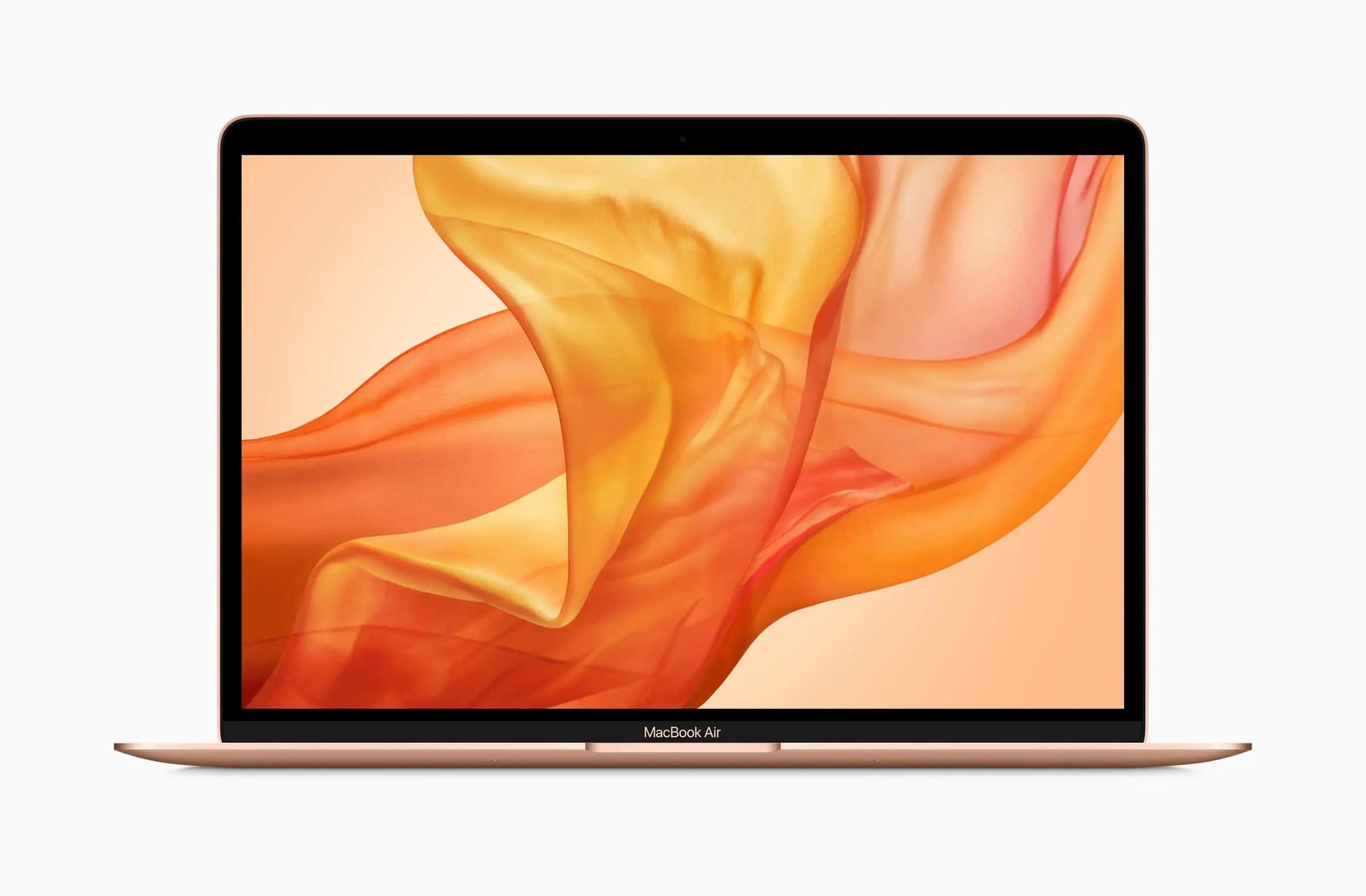 The new MacBook Air is a major revamp from both outside and inside. Externally, it is slimmer and lighter than the outgoing model and packs major upgrades including an edge-to-edge display glass with slimmer bezels, better speakers, and more.

Packed with new features like a Retina display and Touch ID, the 2018 MacBook Air finally arrives Wednesday. It’s thinner than ever before, and most reviews indicate it’s a fantastic upgrade.

Apple didn’t pack newer internals into the MacBook Air’s aging chassis to keep costs low. This year’s model ships with an all-new design that’s thinner than ever before. It comes with a glossy glass display, the latest butterfly keyboard, and a larger trackpad. 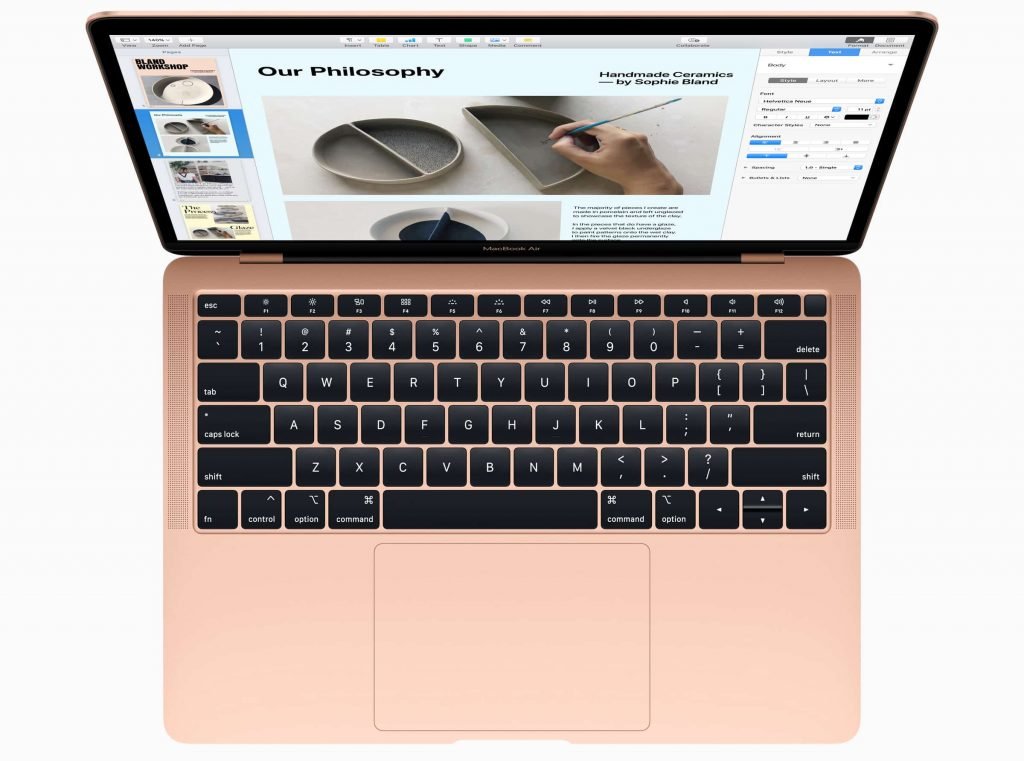 The look has been well-received by reviewers, but it has its downsides.

“This laptop feels a lot nicer than the old MacBook Air,” writes Dieter Bohn for The Verge. “It fits the same size screen in a smaller body, but it’s not as thin or as light as the thinnest and lightest of laptops you can get today. When the first Air came out, it amazed everybody. This one, though very well-built, does not stand out from the pack when it comes to size or weight.”

The new MacBook Air is meant for existing MacBook Air customers who are looking for an upgrade for quite some time now.

There’s no need to worry about the third-generation Butterfly keyboard on the 2018 MacBook Air.

Depending on your workload, the new MacBook Air will either do just fine or will be grossly underpowered.

The new Air is not really innovative in any way, but given its $1,199 price tag, I doubt Apple ever intended it to be.

The new MacBook Air is powered by the latest eighth-generation processors from Intel, but they’re mobile Y-Series chips as opposed to the desktop-class U-Series chips found in the MacBook Pro. They also have just two processing cores.

The updated Core i5 CPU certainly makes the MacBook Air faster than its predecessor, but for a $1,199 machine, performance can be a little disappointing at times.

The new MacBook Air is meant to handle everyday tasks, don’t expect anything else from it.

You will definitely not have to worry about the new butterfly keyboard.

That display brightness, however, is going to be a cause of concern.

“If you want more power, seriously consider upgrading to the Pro,” writes Brian Heater for TechCrunch. “The new silicon is plenty zippy for most users’ daily tasks, but if you need more out of your system — be it for gaming or resource-intensive tasks like video edit — it’s worth the jump to the Pro.”

For a lot of MacBook Air fans, by far the biggest improvement this year is the introduction of a Retina display. It’s beautifully sharp and colorful. And while some say it could be brighter, all agree it makes Apple’s ultraportable infinitely better.

“The display is, as advertised, a massive upgrade over the last model,” writes Heater. “It’s big and bright, with a nice color balance…. It’s an immediately apparent upgrade — there’s a reason so many Air owners have been holding out for the addition.” 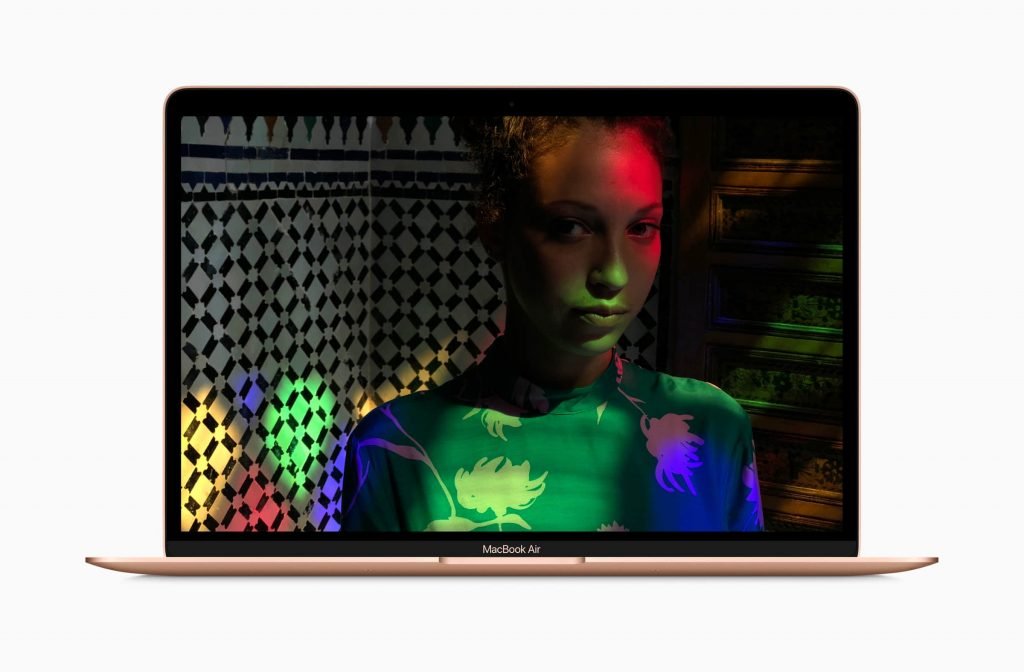 “The display on the new MacBook Air is what stands out most,” adds Goode. “It’s not a touchscreen — Apple appears to believe putting a touchscreen on a laptop will summon the devil — but the display is so rich-looking that you kind of want to touch it anyway.”

“It’s sharp and beautiful under a glossy pane of glass, with much smaller bezels,” says Bohn. “Those bezels are not as tiny as what you can get on some Windows laptops, but it’s still a massive improvement over the old Air. There is one knock on the screen, though: it doesn’t get as bright as I would like.”

The MacBook Air takes a step up in security

Not only does the new MacBook Air pack Apple’s T2 chip under the hood, but it’s combined with a Touch ID sensor that lets you log in with your fingerprint. And it works just as well here as it does on the MacBook Pro with Touch Bar — but it’s no Face ID.

“I appreciate the speed, but I wish Apple included its Face ID technology above the screen instead,” says Haselton. “I’m used to it on my iPhone XS Max, and there seems to be plenty of room above the display to fit the cameras required. Touch ID feels outdated, since Apple has already moved away from it on its iPads and iPhones.”

“The fingerprint sensor is quick and responsive, and works well both with Apple apps and third-party apps like 1Password,” says Goode. “The Air doesn’t include any kind of face-recognition technology, which many newer Windows laptops include. We’re getting to the point where not having facial bio-authentication in tech products could lose you points.”

“In the long run, the company may have done the Touch Bar a bit of a disservice by consciously uncoupling Touch ID, but for the Air, it was the ideal decision, bringing its most useful feature without driving up the price in the process,” writes Heater.

The 2018 MacBook Air is a huge improvement, but it seems there’s room for more. If you really need an Air and that’s what you’re used to using, you’ll probably be very happy with the $1,199 purchase. But if you expected a tiny powerhouse, you may wind up a little disappointed.