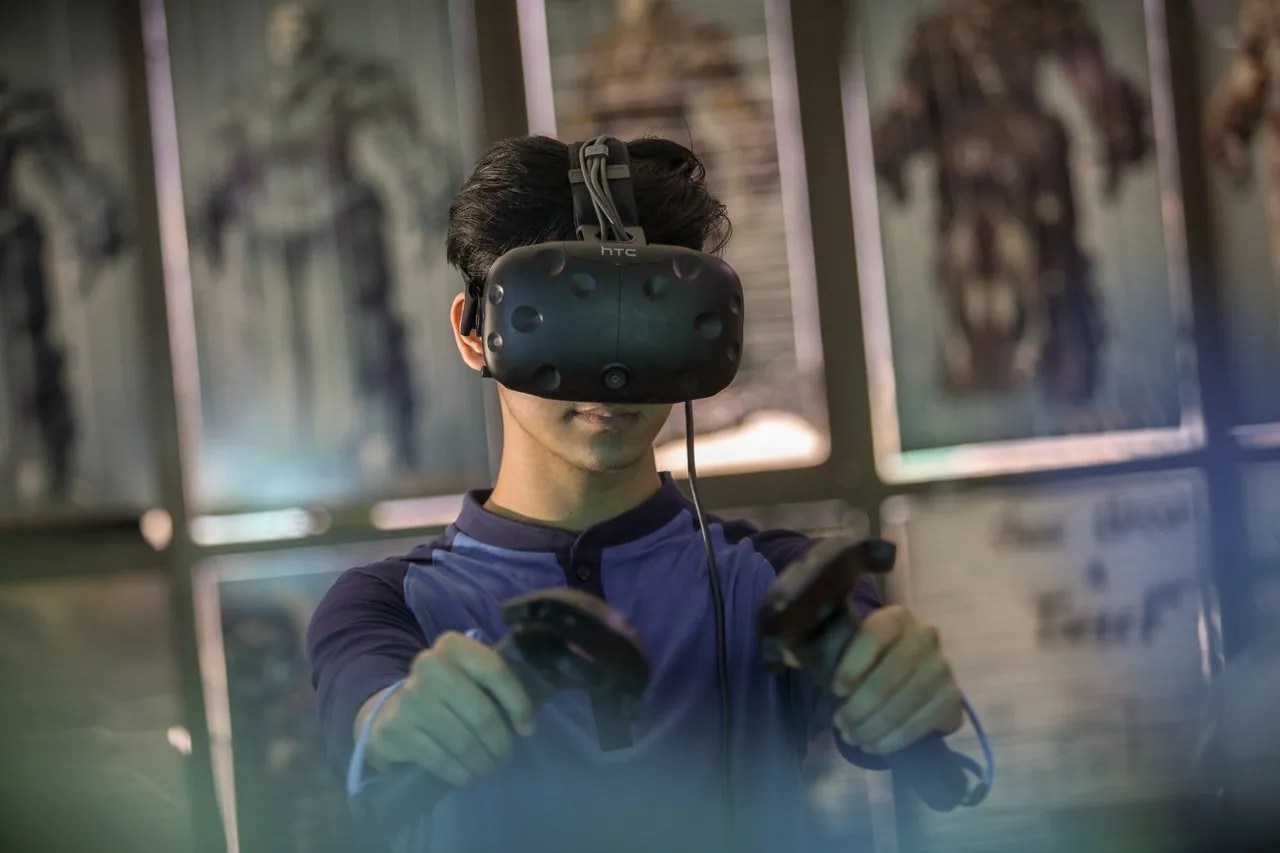 There are now over 500 SideQuest VR (Virtual Reality) games that you can sideload onto your Oculus Quest.

In this article, we highlight our favorite 10 SideQuest VR games. From first-person shooter to adventure and exploration. 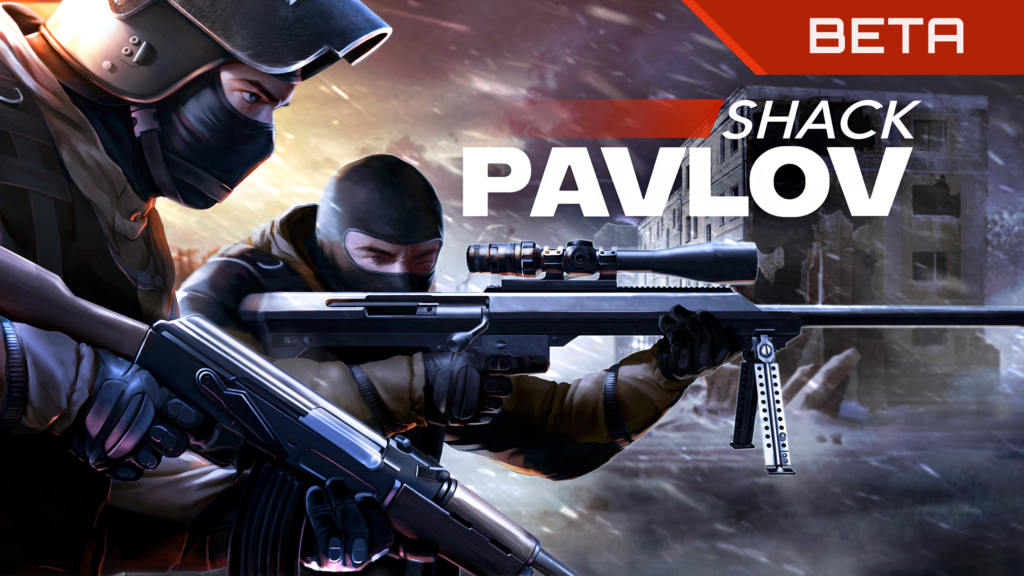 Pavlov is a competitive first-person shooter game initially released for wired-VR headsets. It focuses on a realistic experience, with sights and sounds matching real life where possible.

There are many neat little mechanics, like holding assault rifles with two hands to stabilize the reticule, manually grabbing ammo from your vest, and pulling pins out of grenades before lobbing them.

It’s a tremendous terrorists-vs.-counter-terrorists simulator, with all the bombs, balaclavas, and Berettas you could ask for. 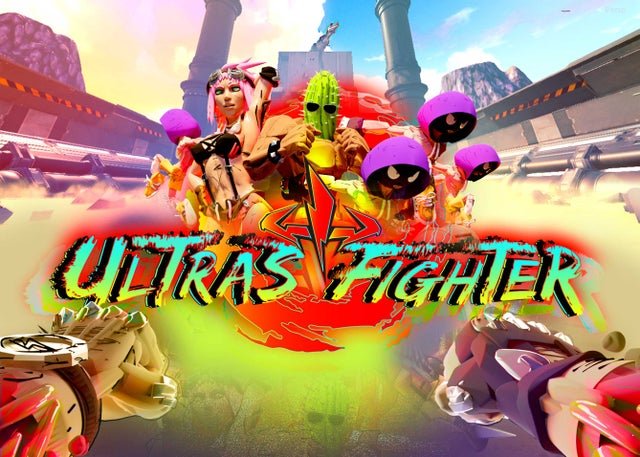 There are few gaming experiences as cathartic as smashing your way through virtual enemies in VR – you need to have done it yourself to understand. Ultras Fighter plays right into that joyous feeling, throwing you into an arena where you’re smashing you’re beating up baddies with your bare hands. 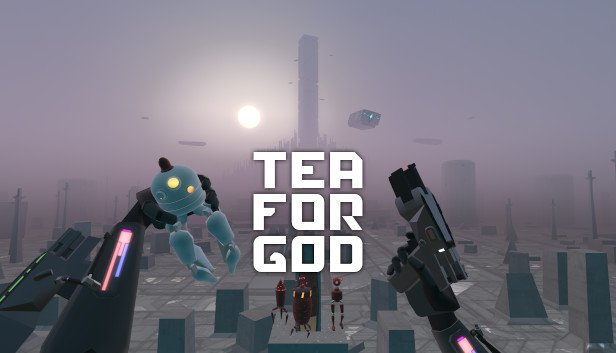 Tea For God is one of the most unique SideQuest VR games available for the Oculus Quest. It is a stealth shooter game that uses your room scale to create unique maps each time a level is generated.

Thus, you get to endless walks and creep around your house in virtual reality without going outside your VR room scale. 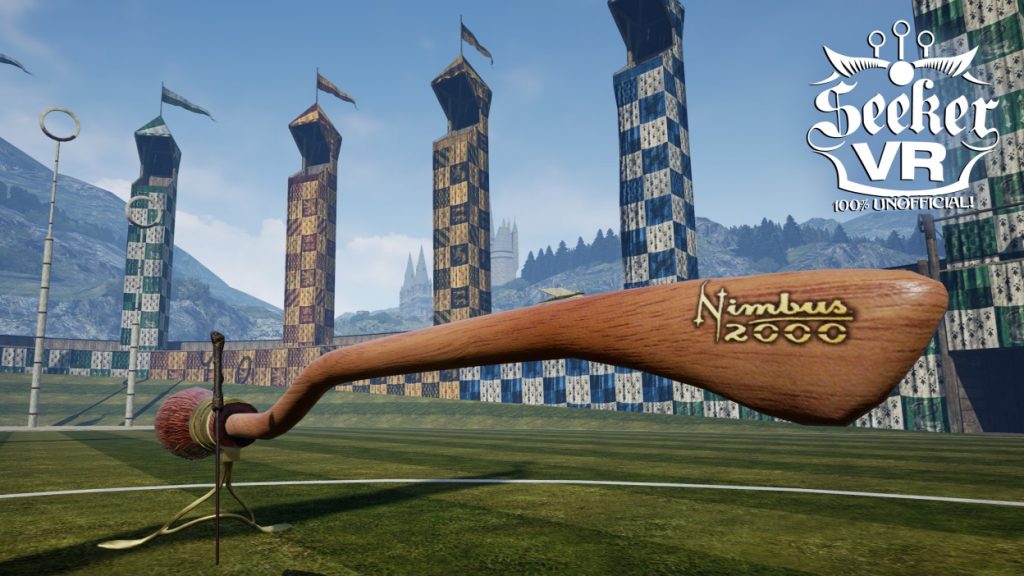 This Harry Potter game, Seeker VR, lets you open up a chest with the quaffle and the snitch. While you don’t compete in actual matches, it’s still great fun to whizz around the Quidditch pitch with Hogwarts looming in the background.

You can even leave the pitch and fly around the surrounding forests and around the grounds of Hogwarts itself! It’s all accurately laid out too. 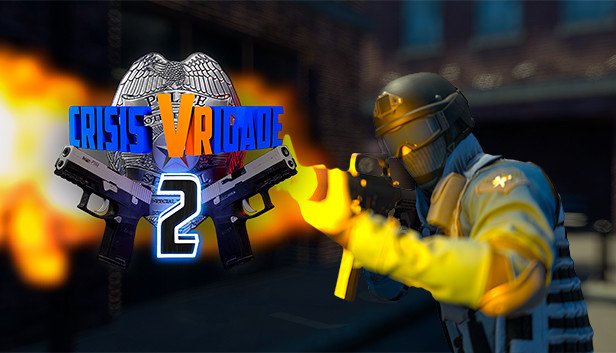 Crisis VRigade is a VR first-person shooter that lets players take on the role of a SWAT trooper. You have to deal with a hostage situation in a bank robbery, and you’re put in the middle of the action.

Together with a SWAT team, you will have to deal with the situation and take care of the terrorists who are robbing the bank. Your mission is to finish off all hostile elements and keep your teammates and the hostages alive. Make your way through the bank to the safe where the terrorists have hostages.

There are only three levels in the game, but each requires precision, accuracy, and some good thinking to complete. 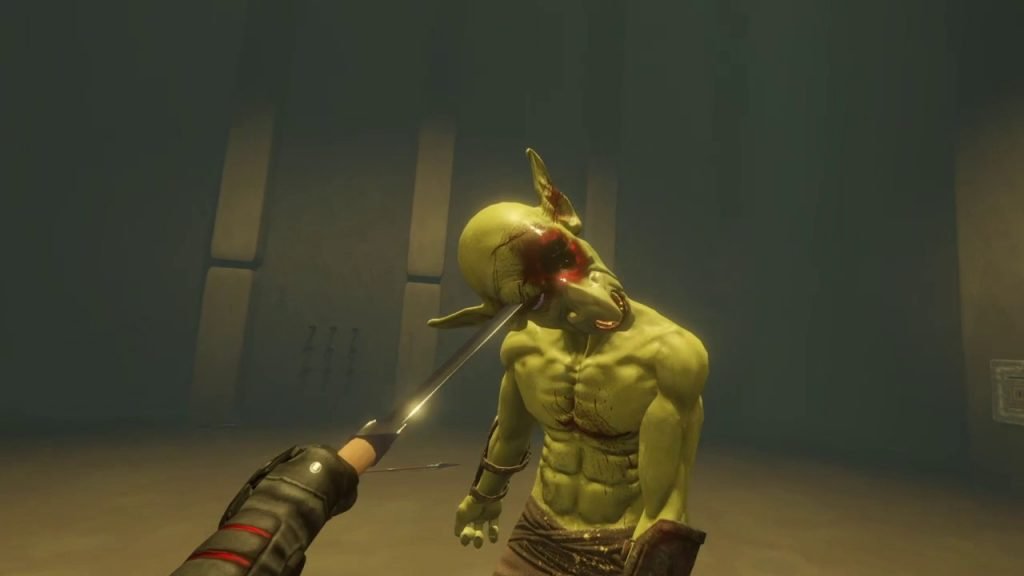 Battle Talent pits you against hordes of skeletons, giving you a range of medieval weapons to take them on with.

It’s highly satisfying to slash the legs out from under your foe, finish them on the ground, or block a lethal attack with your sword, then counter to lop their head off! It’s a rigorous workout too, and the roguelike game structure is very well suited to those snappy VR sessions. 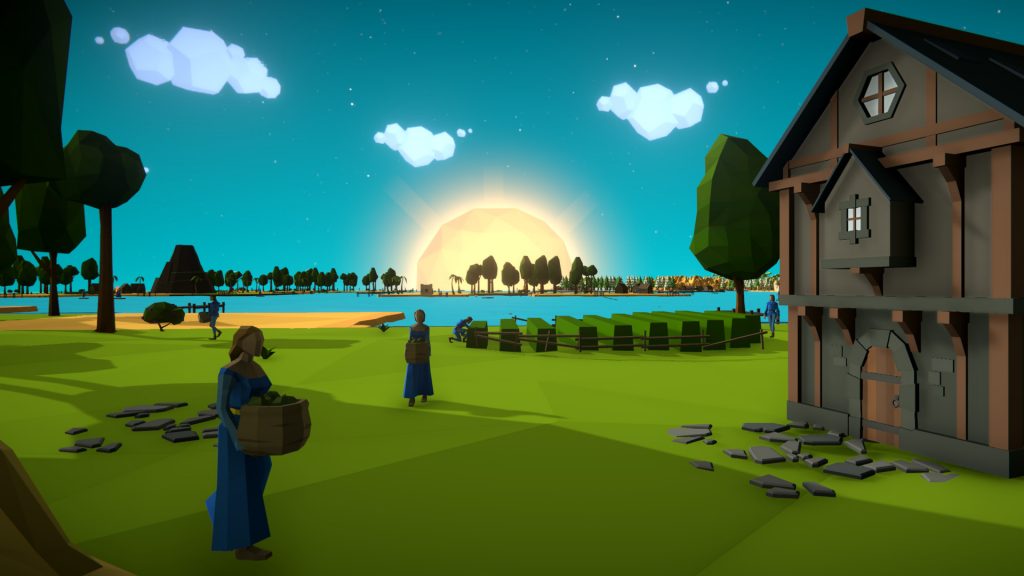 Deisim is a VR God simulator. You play God and create a world as you want it in the game.

You control a kind of giant god-hand, capable of throwing down houses, erupting volcanoes, throwing down lightning, and even throwing your little worshipers around.

For simulation game fans, Deisim is well worth checking you. It cost

VRWorkout is one of the most intense experiences on Oculus Quest.

What makes VRWorkout so unique besides being free is that it uses hand-tracking to keep track of your workout progress. That means no more controllers, thus, a much more draining workout.

VRWorkout is completely free. It gets your whole body working in ways other apps don’t. 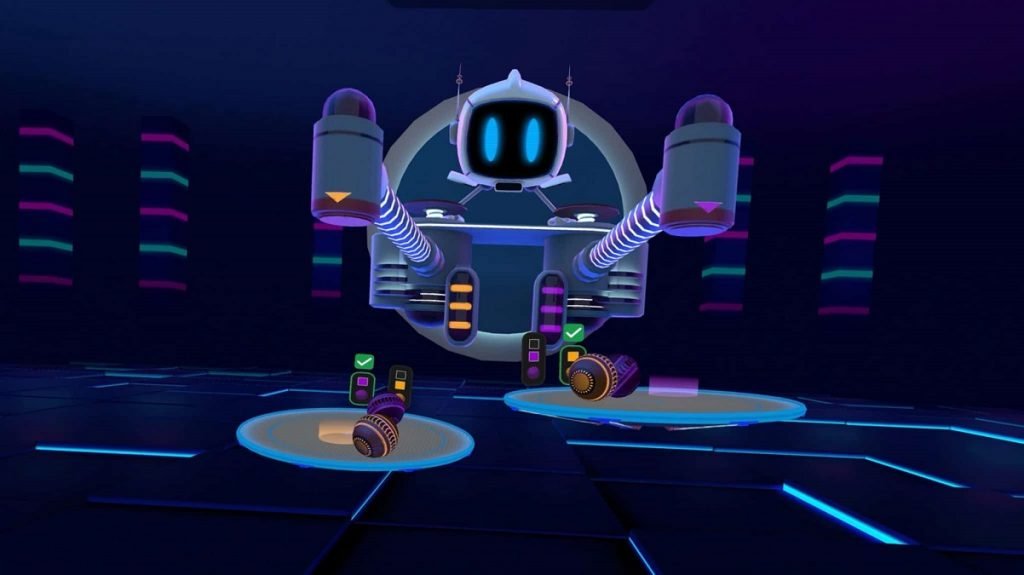 ENHANCE is a brain training app for virtual reality. It tests your attention and concentration. ENHANCE lets you work on different cognitive skills, including:

ENHANCE comes with various mini-games. In “React,” you test your focus and attention by hitting colored cubes in a specific order. 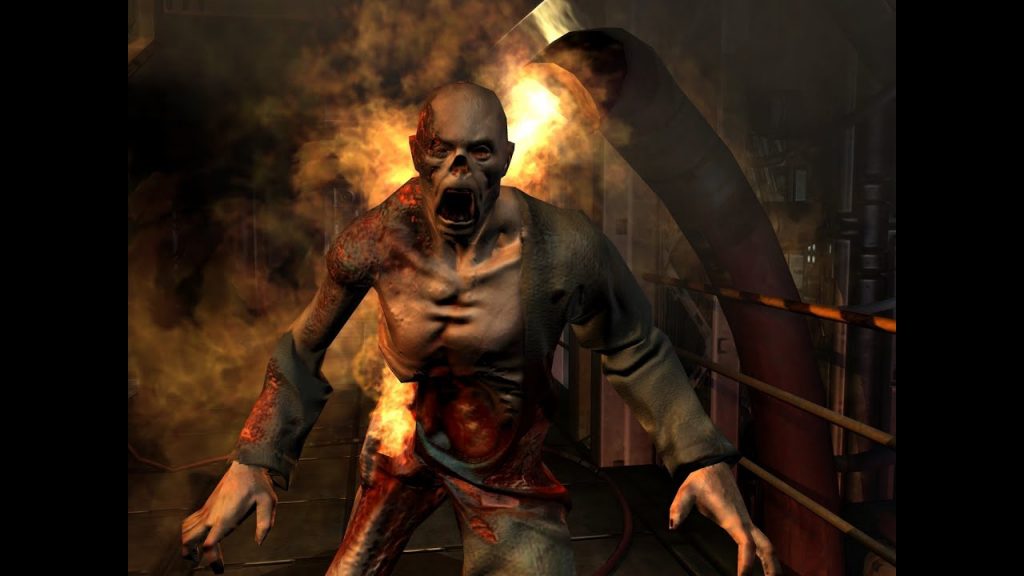 With Doom3Quest, you can play the original Doom 3 game with full motion controls and VR tracking.

In Doom 3, a research mishap on Mars has opened up a gateway portal to hell. This results in a catastrophic invasion of the Mars base by demons. You control a space marine who fights through the base to stop the demons from attacking Mars and reaching Earth.

You’ll need to own the original Doom 3 and move some files to your headset to enjoy this game.