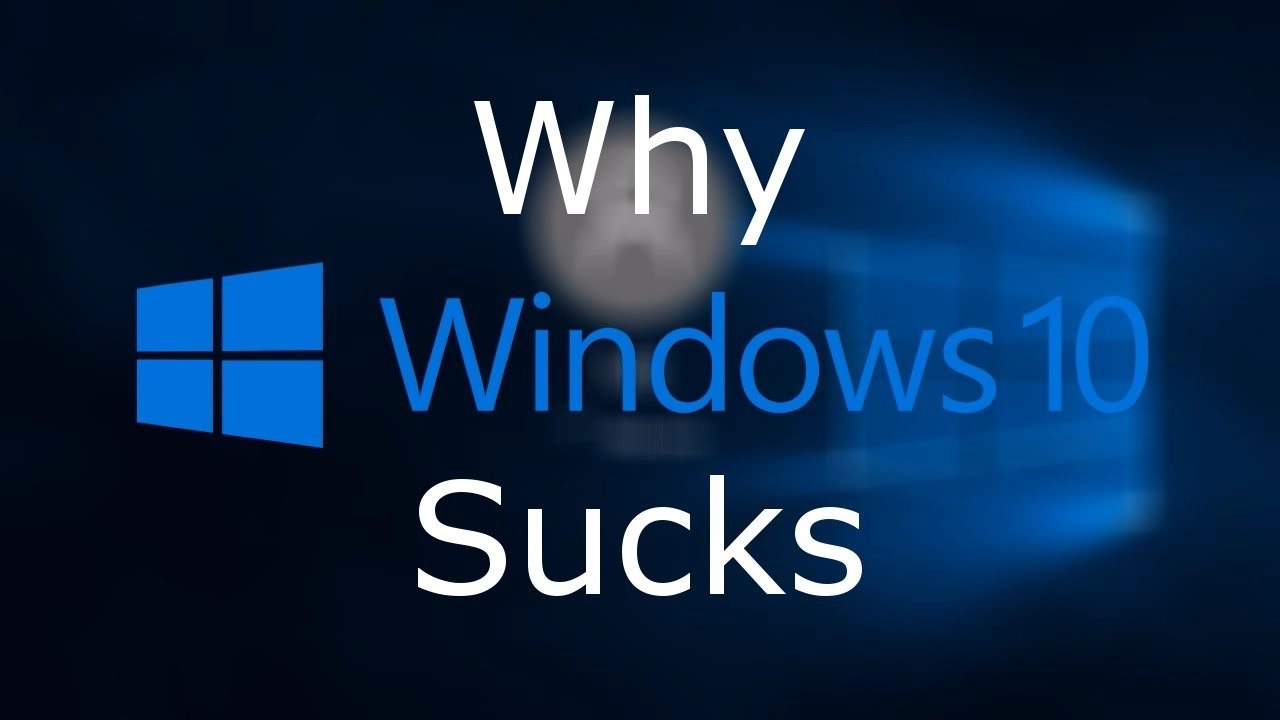 While Windows 10 is regularly growing and evolving with new features, apps, and improvements, some things about it are not so great. This article will highlight the top 10 reasons why Windows 10 sucks.

Windows 10 Is Not As Expected

Windows 10 has caught users’ attention worldwide as the latest operating system because of its great change. Up to now, there are more than 800 million users using Windows 10.

Yes, we use Windows 10 daily, we write many articles about it, and we appreciate what we can do with it. However, many people think that Windows 10 sucks, and for good reason. Here’s why:

In Windows 10, one of the bad things is it wants to spy on its users. If that’s all right, Microsoft would be glad to capture a live video of your desktop every time it is on. However, this may cause a furor. So instead, Microsoft decides to capture all the metadata.

This giant company collects what you did with your data, how long you worked on data, and more. Nevertheless, the fact is that this produces a complete and perfect picture of your activities, just as a video camera may. As a result, Microsoft realizes its goal without public uproar.

Microsoft calls this data “telemetry,” and it is helpful to support users and track down bugs. But, frustratingly, you cannot disable it.

With Windows 10’s updates, Microsoft seems to have lost its way. The company regularly pushes buggy updates on its users, which break random things. There are Windows 10 updates that make Bluetooth devices disappear, show strange warnings, provoke unusual processor spikes that make Windows 10 run slow for no apparent reason, etc. Big updates are even worse, and it seems that Microsoft messes them up even more carelessly. The last May 2020 Update was deemed an official disaster by many users and tech websites: printers stopped working, Storage Spaces were broken, and drives (including SSDs) were defragged too often. Users also encountered Fresh Start fails, Windows 10 logging you out from Google Chrome, Tablet Mode turning on by itself with no questions asked, etc.

Furthermore, it is not like people did not complain about these problems: some Windows Insiders pointed out many of the issues caused by Windows 10 updates before they were rolled out to users. However, Microsoft does not seem to listen to what people are saying, or it does so superficially, which is why Windows 10 updates suck so much these days.

Windows 10 sucks mainly because of its forced automatic updates. In the old versions of the Windows operating system, the update was optional. However, you can decide if you automatically update your system or don’t want an update. This feature is quite useful.

However, Windows 10 changes its update strategy and always forces you to update to the latest version and install the latest patches. Microsoft does this to let you get the best features available every time.

Nevertheless, according to critics, this is a strategy of Microsoft to cover up a design flaw in the operating system so that it can fix any obvious problem without the user’s knowledge.

Besides, update reboots constantly plague you, and the update issues like Wi-Fi Issues on Surface Devices, BSOD errors, etc., happen now and then. If the company is better at avoiding update problems, the mandatory updates could be easier to accept.

Windows 10 bundles many apps and games that most users do not want. The so-called bloatware was relatively common among hardware manufacturers in the past, but it was not a policy of Microsoft itself. When you perform a clean install of Windows 10, you expect it to be clean, with just the basics, but it’s not. In Windows 10, you do not only get the operating system, but you also get third-party apps and games that are pre-installed by Microsoft without your explicit consent. The list includes apps and games such as Age of Empires: Castle Siege, Bubble Witch 3 Saga, Candy Crush Friends Saga, Candy Crush Saga, FarmVille 2: Country Escape, Gardenscapes, Phototastic Collage, PicsArt Photo Studio: Collage Maker, and Pic Editor, Seekers Notes: Hidden Mystery, The Secret Society: Hidden Mystery, and others alike. These apps and games are garbage, using precious storage space and bandwidth for many people.

Why is Windows 10 so bad? In addition to the above bad reasons, Windows 10 also sucks because of its unusable Start Menu search.

It is reported that search queries will show nothing or incomplete results. The search box in the taskbar won’t open or turn unresponsive. Additionally, some users said they typed cal to the search box, and the Calculator app appeared, but the app disappeared when typing calc.

It is said that several other apps have the same case, which makes it challenging to use the quick search feature.

Microsoft shows advertisements all over the operating system. From time to time, Windows 10 shows ads in the Start Menu, on your Lock Screen, on the taskbar, in the Notifications, and even in File Explorer! What’s up with that?

Don’t you hate seeing ads in a product that you paid for?

You may think Windows 10 is trash because so many unwanted dirty files lie on your computer, and you don’t know how they get there. Simply put, your computer becomes a rat’s nest of misconfigured applications and broken settings. In addition, some ghost processes run in the background, and unexplained & mysterious entries clog the index.

When you install every app, even a broken app or incomplete installation, Windows 10 keeps a file of such an app, making the PC messy.

In Windows 10, many of the installed apps are spread out in different folders without organization or hierarchy, making the User folder topsy-turvy. If you attempt to rearrange them, some apps may break.

In addition, Windows 10 sucks in other aspects; for example, Windows 10 Pro edition has become less suitable for Small businesses, etc.

The quickest way to get into Safe Mode on a Windows 10 PC is from Normal Mode! The easiest method is to do it from the Settings app of all places. Does it make sense? Not to us. What’s the point, after all? Safe Mode’s purpose is to help you repair your computer when it does not work well, and, in most cases, that means it doesn’t boot properly either. Sure, there are other methods to enter Safe Mode in Windows 10, such as interrupting your PC’s boot process three times in a row or booting from a Windows 10 USB recovery drive (which you must create beforehand). However, none of them is fast. Wasn’t the old F8 method from Windows 7 much more convenient?

Why do you think Windows 10 sucks?

These are our top dissatisfactions when it comes to Windows 10. If they were to be resolved, we’d be much happier and enjoy more of our experience with this operating system.

Is there an alternative to Windows 10?

There is no exact alternative for Windows. Any replacement available for you depends on its features and your needs. If you are looking for one, the most commonly considered alternatives are Linux, Google Chrome OS, and macOS.