The Best Laptops For Programming In 2022 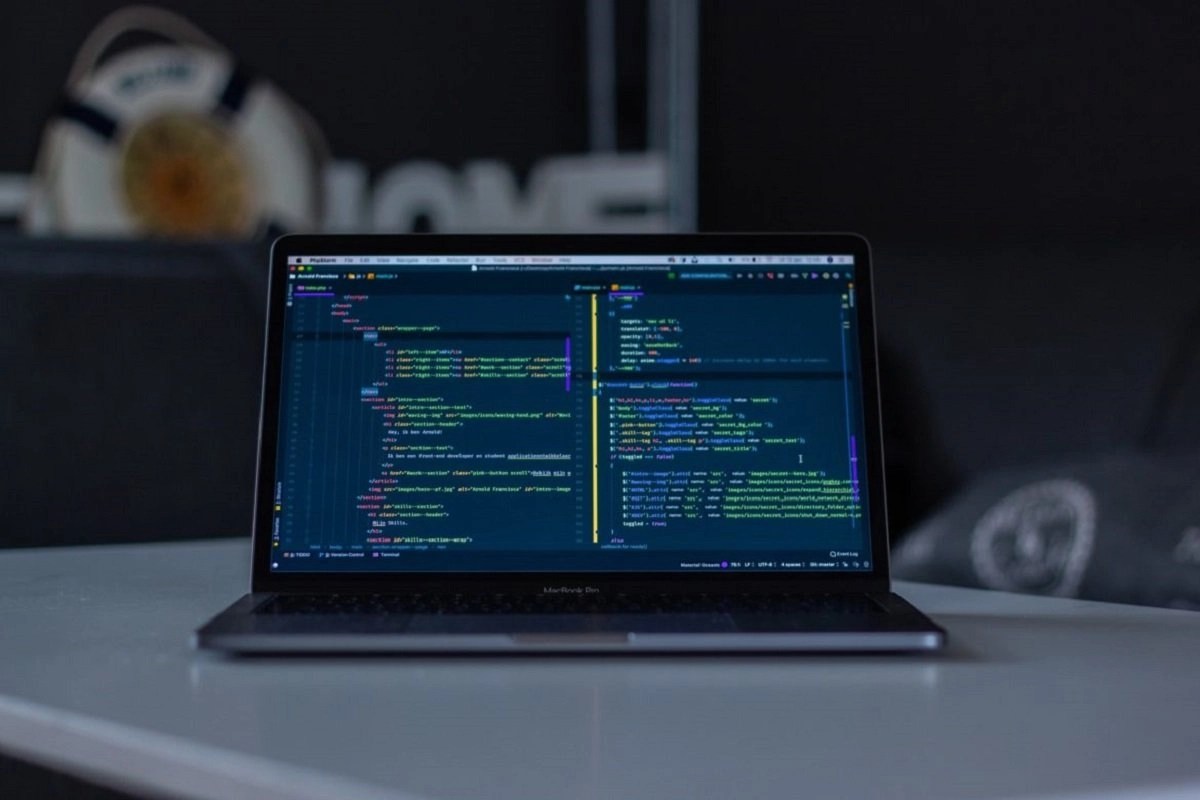 Choosing the right laptop for programming has its specific requirements. You don’t have to focus on raw power; only your demands need to be met. A decent modern processor and enough RAM is all you need. This tutorial will highlight the best Laptops for programming in 2022.

In addition, for game programming, a sound graphics card is needed. This allows you to test the game as you work on it. A large screen to ease scrolling is also recommended.

Here are our best picks for your programming laptops.

Best Laptops For Programming In 2022

The HP Spectre series has always included stunning devices. So, when we say that the Spectre x360 takes things to another level, that should mean something. This is one of the most beautiful laptops on the market right now. Its gem-cut design and sleek profile are rigid on the inside. In addition, HP fitted this with an impressively long battery life, which means you’re getting one of the best laptops. As such, it’s also the best laptop for programming right now.

The ground-breaking ARM-based Apple M1 chip that powers the new MacBook Air is a stunning achievement. A thin and light laptop that offers excellent performance while also offering incredible battery life. Efficiently managing over 11 hours on a single charge. You can easily carry this laptop with you at work or school. Its screen is gorgeous, and the new and improved keyboard means you can happily code away for hours on this thing.

Lenovo ThinkPad X1 Extreme laptop is regarded as an unstoppable workhorse, armed with several configurations that depend on your needs and budget—packed with a solid graphics card in a strong carbon-fiber and aluminum package. This allows it to survive any field or office job.

Dell XPS 15 (2020) is thin and light in appearance, making it very portable. It also adds to its premium feel—High-speed on high-end processors. Additionally, if you opt for a model with a GPU by Nvidia, you can test games while coding them.

Perhaps best of all, its battery life is excellent. This means you don’t have to be tethered to a desk if you want to use this powerful laptop.

If what is necessary for you is a large screen, the LG Gram 17 (2021) is your laptop. The screen is large, but it is also gorgeous with a high resolution. LG Gram 17 (2021) allows you access to plenty of workspaces. This compounds portability, comfort and screen size. It’s super-light.

It also has one of the best battery lives in a Windows 10 laptop. This is due to the new Intel 11th generation hardware powering this laptop. So, you don’t have to constantly worry about charging.

Huawei MateBook 13 is one of the best due to its budget. You don’t have to break your bank for this laptop. You get all of the above-listed features at a modest price. If you’ve been eyeing up Apple and Dell laptops in this roundup but find them too expensive, the MateBook 13 is a fantastic substitute.

With up to 8TB of space and 64GB Ram, what more could you want? The MacBook Pro (16-inch, 2019) is a wise choice, especially if you are developing software for macOS. The powerful processor and heaps of RAM make it the fastest MacBook ever produced by Apple.

Thin, light, and beautiful, you wouldn’t notice that it’s 16 inches. You might be worried that 16 inches are a lot to handle, but it’s light. Its keyboard is impressive, and the speakers are just superb. MacBook Pro (16-inch, 2019) is genuinely the best MacBook for content creators, designers, and other creative professionals.

This award-winning product may not be the generational leap expected, but it is worth it. There are significant improvements compared to its predecessors.

Microsoft Surface Pro 7 boasts a USB-C port and WIFI 6 connectivity. With its quad-core processors and plenty of RAM, you’ll be able to compile code quickly and efficiently. However, even when you’re on the move, keep in mind that you’ll have to pay extra for the Type Cover. Also, you’re not going to want any coding done on a touch screen.

The Google Pixelbook Go is currently the best when it comes to Chromebooks. It’s fantastic for programming. Moreover, its price is very friendly even compared to its predecessors. Although it still lacks some premium features like solid battery life and an excellent keyboard.

Additionally, it doesn’t run on Windows 10. Instead, it uses Chrome OS. But as a programmer, especially web developers, this won’t be an issue. You can also install Linux on this thing, which makes it an even more adaptable laptop for programming.

It features some impressive specs for a Chromebook, ensuring that Chrome OS positively flies on this device. This puts its performance on par with many of the more expensive Windows laptops and MacBooks.

Asus Chromebook Flip C436F/C436FA is another Chromebook. Being one of the few examples out there, it still satisfies expectations. Its price tag, superb power, premium build, and terrific feature set put it on the Zenith. This makes this portable perfect for web developers who need a powerful machine.

The Dell Inspiron 14 5000 doesn’t skimp on performance or features. It is a great all-round laptop for programming. Plus, it’s cheaper than many of the laptops on this list. So, it’s got a high-resolution Full HD display, a quad-core processor, and fast SSD storage. Dell Inspiron 14 5000 is a dependable laptop that will keep up with any of your demands while you’re programming.

This is your laptop as long as all you need is to program and you aren’t bothered about aesthetics.

The new HP Envy 13 is an excellent pick for programmers looking for a stylish yet dependable laptop to work on.

HP made significant changes to this popular 13-inch laptop by dipping the size and weight. Coupled with a high-quality touch-sensitive display, it’s powerful and super portable. It’s also refurbished the laptop’s body, giving it a luxurious all-metal design. This provides this laptop with a beautiful premium look and feels while protecting it from knocks and bumps. It certainly earns the ‘Envy’ moniker. Use this in an office, and you’ll be getting beholden glances from your co-workers.

The keyboard has plenty of travel, with page up and down keys, and the trackpad is large enough to be highly comfortable – both critical aspects of a laptop for long coding sessions.