Megabit (Mb) vs Megabyte (MB)? Everything You Need To Know 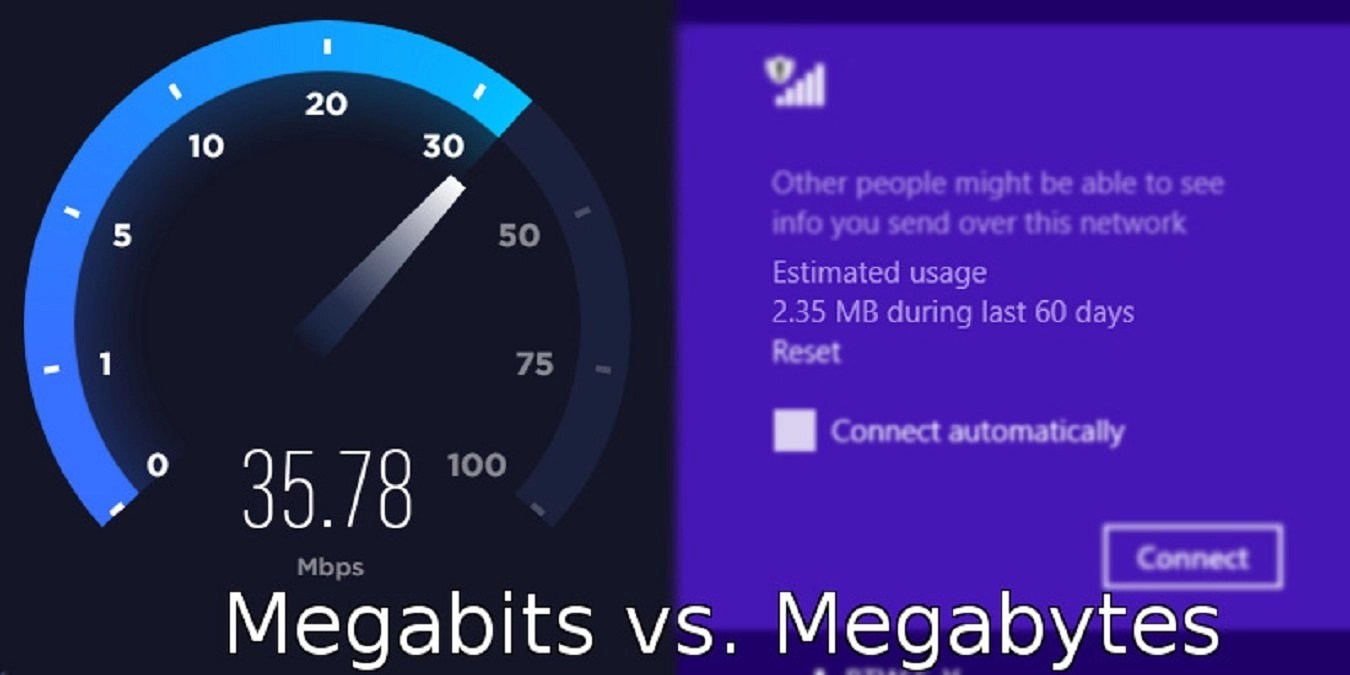 Megabit and Megabyte may sound the same and are abbreviated the same, but they are both very different. They are both equally important in determining the speed of data and also storage size on devices like hard drives. It might be confusing but here in this article, we will break it all down. This article compares Megabit (Mb) vs Megabyte (MB) and everything you need to know.

What Is A Megabit And A Megabyte?

To explain really well, let’s go back to the origin. The bit. The bit is the smallest unit of a digital computer’s data. It is a binary code consisting of 0 and 1. Eight of these bits make a byte. Therefore, a megabit contains about a million of those bits and eight megabits equal a single megabyte.

For the most part, data sizes for hard drives and files are usually measured with “bytes,” whereas data for broadband goes by “bits.”

You may be more aware of gigabytes (GB) or even terabytes (TB), as they are more generally used these days to quantify data. A gigabyte possesses about 1000 megabytes of data, and a terabyte is 1000 gigabytes.

When you think of it that way, a terabyte is just a lot of bits in one place.

It is imperative to note the abbreviations. As a megabit is lesser than a megabyte, it has a lower case “b” in it, making it “Mb”. In the case of the megabyte, which is larger, the “B” is capital making it “MB”.

Both megabits and megabytes are commonly used to indicate the data transfer speed of something, such as hard drives or internet connections. If you’re just referring to hard drives, then the abbreviation remains “Mb” or “MB.”

But when talking of the internet speeds, you infer to the quantity of megabits or megabytes that are transferred in each second, thus creating the abbreviations “Mbps” and “MBps,” with the “ps” standing for “per second.”

The formula 8 bits = 1 byte can be employed to convert megabits to megabytes and vice-versa. Here are some sample conversions:

A quick way to figure a conversion between megabits and megabytes is to use Google. Just enter something like “1000 megabits to megabytes” into the search bar.

Megabit (Mb) vs Megabyte (MB): Why Should You Know This

Having the knowledge of the difference between megabits and megabytes is important when dealing with internet connections.

As an example, if you’re comparing service providers’ internet speeds, you might read that Service1 can deliver 8 Mbps and Service2 offers 8 MBps. At a hasty glance, they may seem identical and you might just pick whichever one is cheapest. However, given the conversion you now know, Service2 speed is equal to 64 Mbps, which is eight times faster than Service1:

Choosing the cheaper service would likely mean you’d buy Service1 but, if you need faster speeds, you may choose the more expensive one instead. That’s why it’s important to recognize this difference.

ISPs use megabits as a marketing scheme to make their bundles seem more alluring to possible customers. That’s because these numbers are larger, and look more enormous than the smaller counterparts.

They also say that you can get up to those speeds, so it’s not guaranteed all the time, especially during peak hours.

Services like Speed Test deliver you a simple test of your internet speed, and they always provide results in Mbps, since it’s the standard of the industry. However, you can change the setting of your speed test service to have it say MBps instead of Mbps.

In an instance of wanting to download a 750MB file, this particular file is the same as 6000Mb. If you are running a 50Mbps connection, that file would be downloaded in two minutes. A slower connection, like 10Mbps, would take 10 minutes to download the same file.

Looking to buy a new hard drive for your computer? Then you should look out for the capacity. But then, for drive sizes, few display the capacity as megabytes as they are usually quantified in gigabytes nowadays.

Since 1TB is 1000GB, that means about 1000000MB. The formula for finding out how many megabytes something holds is to multiply the gigabyte value by 1000.

Usually, to quantify how fast a connection is, you just use bits (Mb for most internet speeds). Bytes (MB, GB, TB, etc.) are used mostly when you are referring to storage and file sizes.