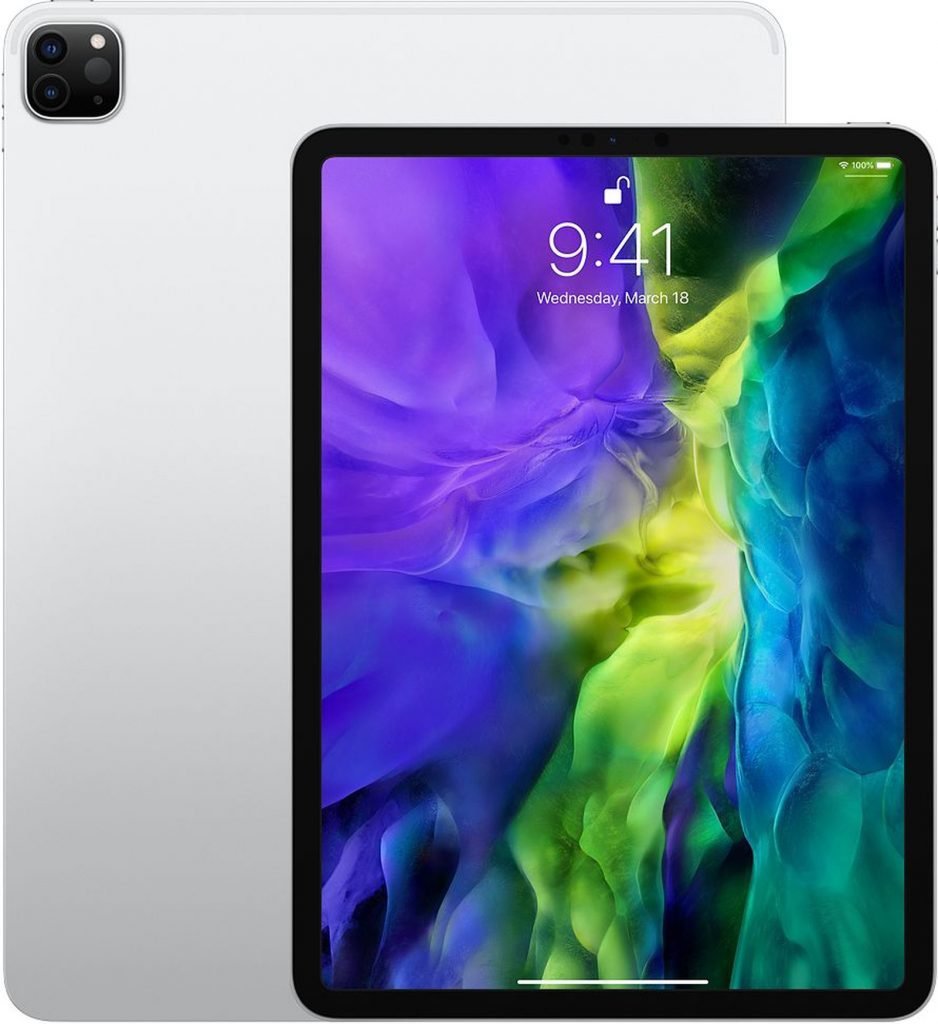 According to Apple, the 2020 iPad Pro is its most advanced iPad Pro to date, with a number of “pro” improvements for those who want an iPad that’s able to replace a computer.

Features like Smart HDR, Quad-LED True Tone Flash, wide color, and 4K video recording at up to 60fps are included. The new (2020) iPad Pro is powered by the A12Z processor and features a two-camera setup on the back.

Accompanying the two-camera setup is a new LiDAR Scanner that uses reflected light to measure the distance of objects up to five meters away in nano-second speeds. Apple says that new depth frameworks in iPadOS combine depth points from the LiDAR scanner with data from cameras and motion sensors for a whole new class of AR experiences on the iPad Pro.

With the A12Z processor, the 2020 iPad Pro models feature up to 10 hours of battery life on a single charge. Other iPad Pro features include WiFi 6 support, gigabit-class LTE for cellular models, and storage options ranging from 128GB to 1TB.

The 2020 iPad Pro models have received no major design refreshes and continue to look like the 2018 iPad Pro models. There are two sizes: 11 inches and 12.9 inches.

The 2020 iPad Pro models continue to feature an edge-to-edge display with 6mm bezels at the top, bottom, and sides. Rather than smooth, tapered edges, the iPad Pro models feature a more industrial-like band around the sides reminiscent of the design of the iPhone 4 or the iPhone SE.

Apple’s 2020 iPad Pro models use the same “Liquid Retina” edge-to-edge display that was available in 2018 iPad Pro models, which Apple at the time called its most advanced display yet. 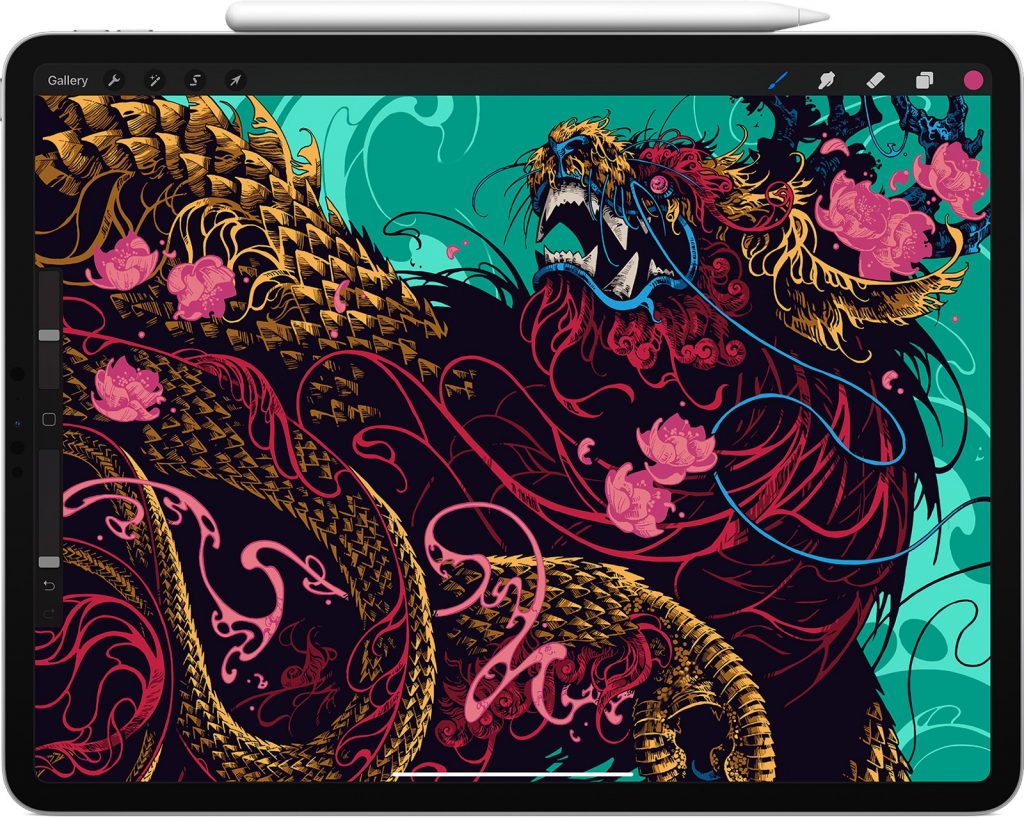 The 11-inch iPad Pro features a resolution of 2388 x 1668, while the 12.9-inch model has a resolution of 2732 x 2048, and both have 264 pixels per inch like prior models. The iPad Pro displays feature 600 nits brightness, 1.8 percent reflectivity, an antireflective coating, and a fingerprint-resistant coating.

Instead of authenticating and unlocking through a Touch ID fingerprint system, the iPad Pro uses the Face ID feature that Apple has been adding to its products since 2017. Face ID does all of the same things that Touch ID does, like unlocking your iPad, allowing access to third-party passcode-protected apps, confirming purchases, and authenticating Apple Pay payments. 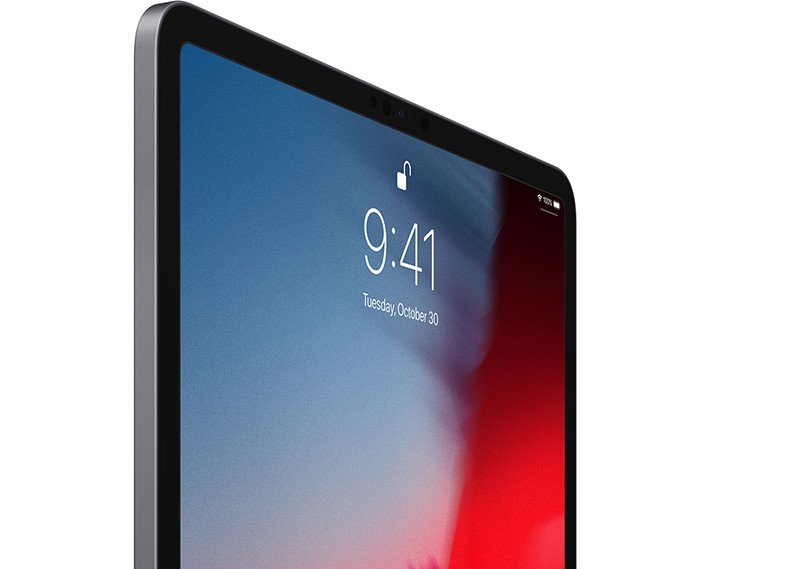 Face ID uses sensors and cameras built into the top bezel of the iPad Pro, and Apple calls its multi-component setup the TrueDepth camera. To create the scan of your face that’s used for authentication purposes, a dot projector projects over 30,000 invisible infrared dots onto your face.

The dot map is read by an infrared camera and the structure of your face is relayed to the A12Z Bionic processor in the iPad Pro where it is transformed into a mathematical model.

It takes just a fraction of a second for the iPad Pro to scan your face, recognize you, and unlock the device.

Face ID data is encrypted and stored in the Secure Enclave of the A12Z chip. Authentication happens on device, with no data stored in the cloud, sent to Apple, or accessible by apps. 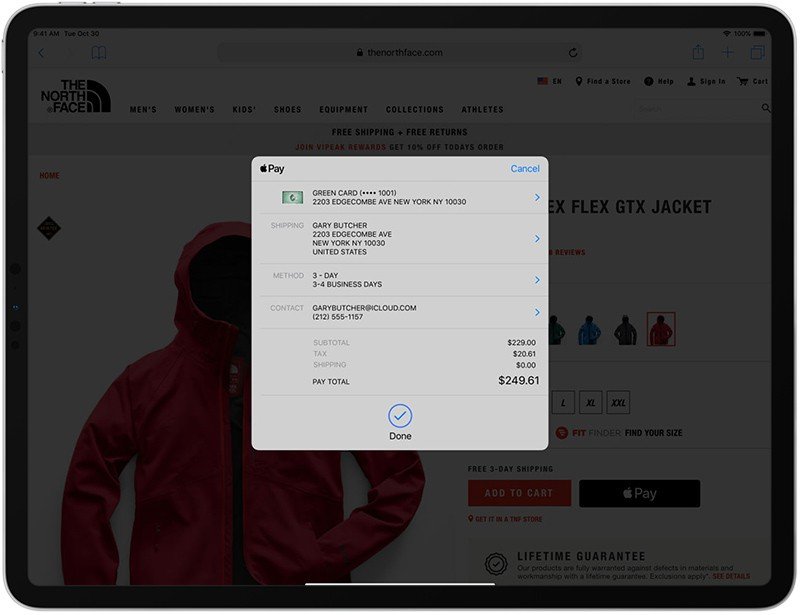 The front-facing TrueDepth camera system includes a 7-megapixel camera for selfies and FaceTime videos, plus it supports Portrait Mode, Portrait Lighting, and Animoji and Memoji.

The 2020 iPad Pro is equipped with an A12Z Bionic chip, which is an upgrade over the A12X chip featured in the 2018 iPad Pro models.

The new A12Z Bionic chip in the iPad Pro offers the “highest performance ever in an iPad.” There’s an 8-core CPU and 8-core GPU, alongside Apple’s Neural Engine. You’ll also get 10 hours of battery life and LTE that’s up to 60% faster . The iPad Pro is the first iPad to include Wi-Fi 6 support. 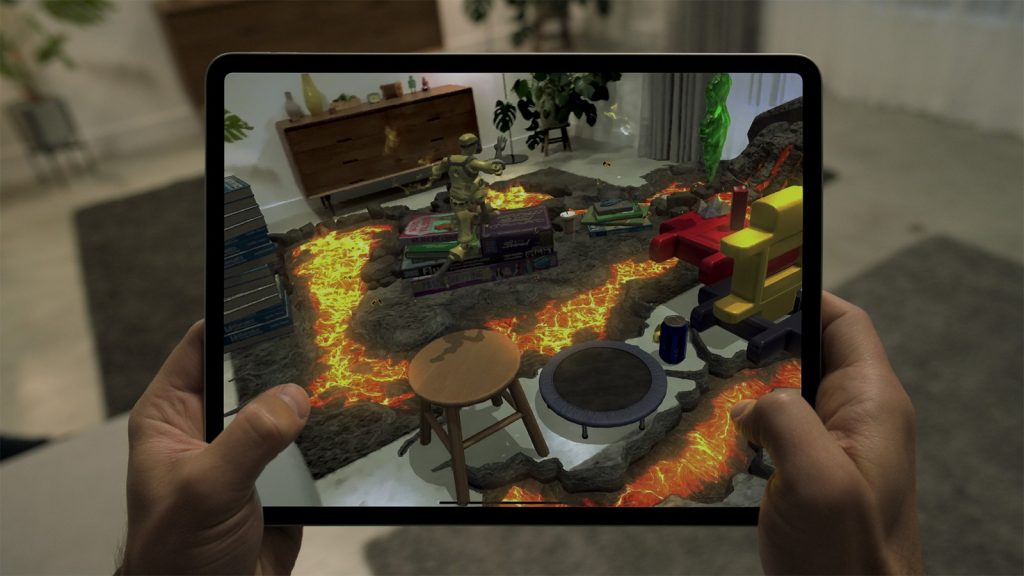 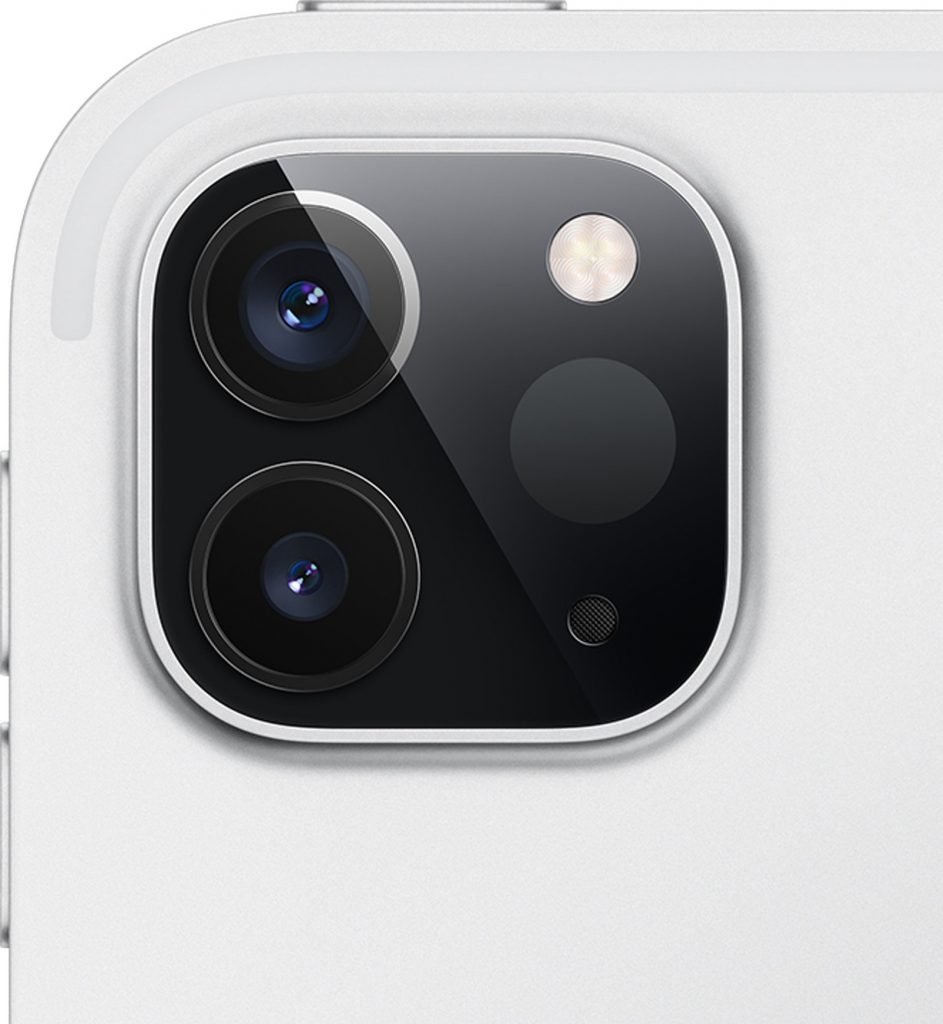 Apple says that the ultra wide-angle camera can be used to zoom out two times for a much wider field of view, doubling the photo and video possibilities and enabling different perspectives and multi-camera use. 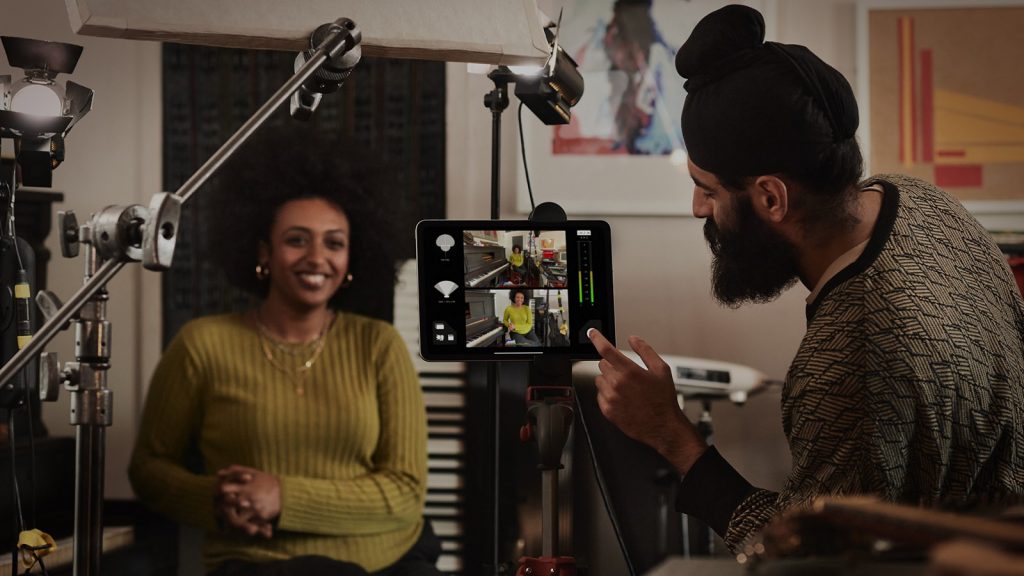 As for video, the iPad Pro can record 4K video at up to 60 frames per second with either camera, plus it supports slo-mo video, time-lapse video, and cinematic video stabilization when recording at 720 or 1080p.

Next to the two cameras in the iPad Pro’s square-shaped camera bump, there’s a new LiDAR Scanner (Light Detection and Ranging) that Apple says “enables capabilities never before possible on any mobile device.” 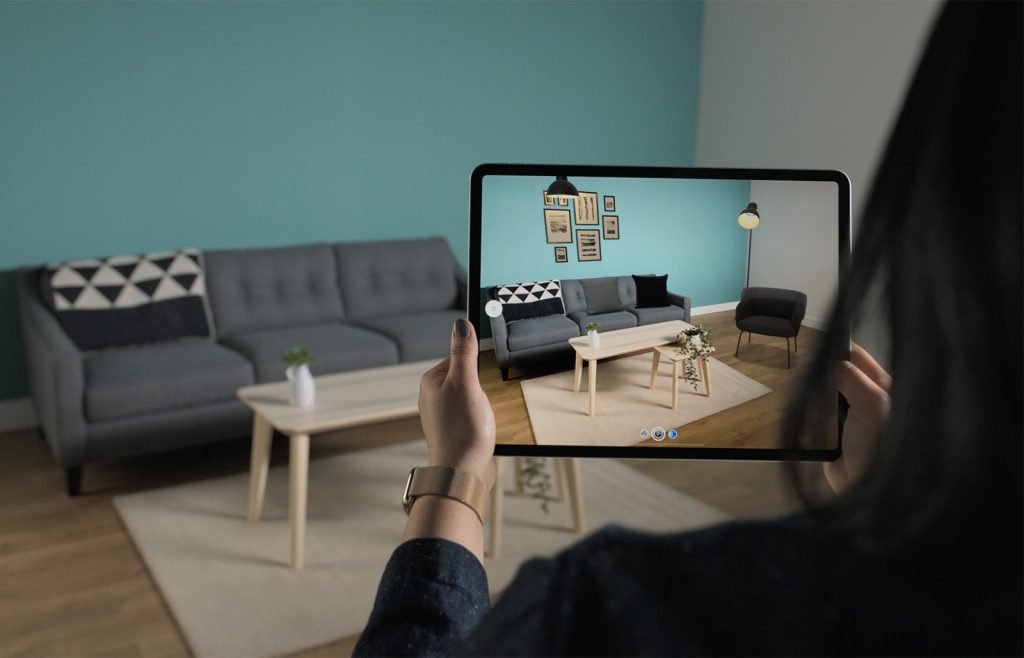 The LiDAR Scanner uses reflected light to measure the distance from the iPad Pro to surrounding objects that are up to five meters away (16.4 feet), either indoors or outdoors. The measurements are taken at the photon level at nano-second speeds. 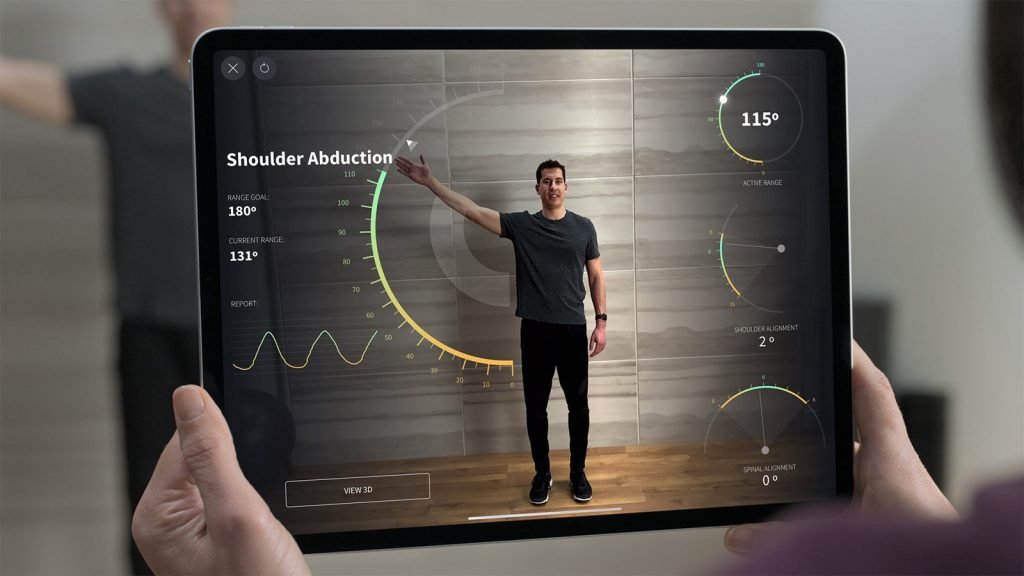 The 2020 iPad Pro models support Bluetooth 5.0 technology. Despite rumors of a U1 chip in the iPad Pro, it has been confirmed that Apple did not include the U1 chip in the device. It remains limited to the new iPhone models.

Gigabit-class LTE is available in the cellular 2020 iPad Pro models, and Apple says that these new modem chips support the most bands ever in an iPad.

There are two SIM options in the iPad Pro: a physical nano-SIM slot at the side of the device and an eSIM, or digital SIM, which is designed to work without the need for a physical SIM card. 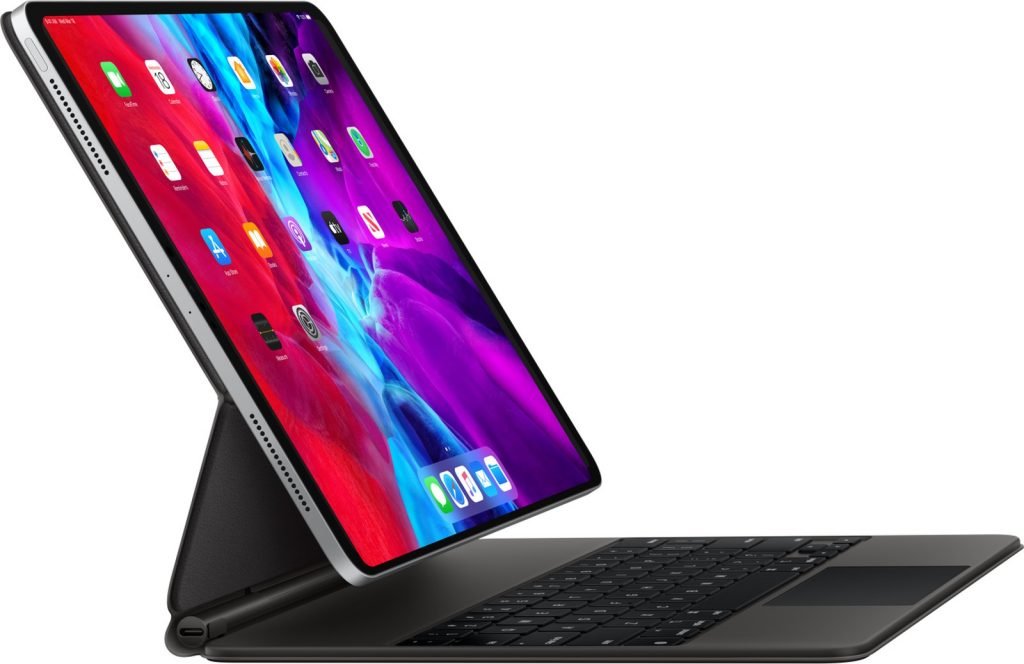 Alongside the new iPad Pro, Apple introduced the Magic Keyboard, which is a folio-style case that features a full backlit keyboard and, for the first time, a trackpad. The Magic Keyboard uses scissor mechanisms much like the keyboard of the MacBook Air and the MacBook Pro.

The Magic Keyboard attaches to the iPad Pro through a magnetic connection, and it features cantilevered hinges that works on a desk or on a lap. 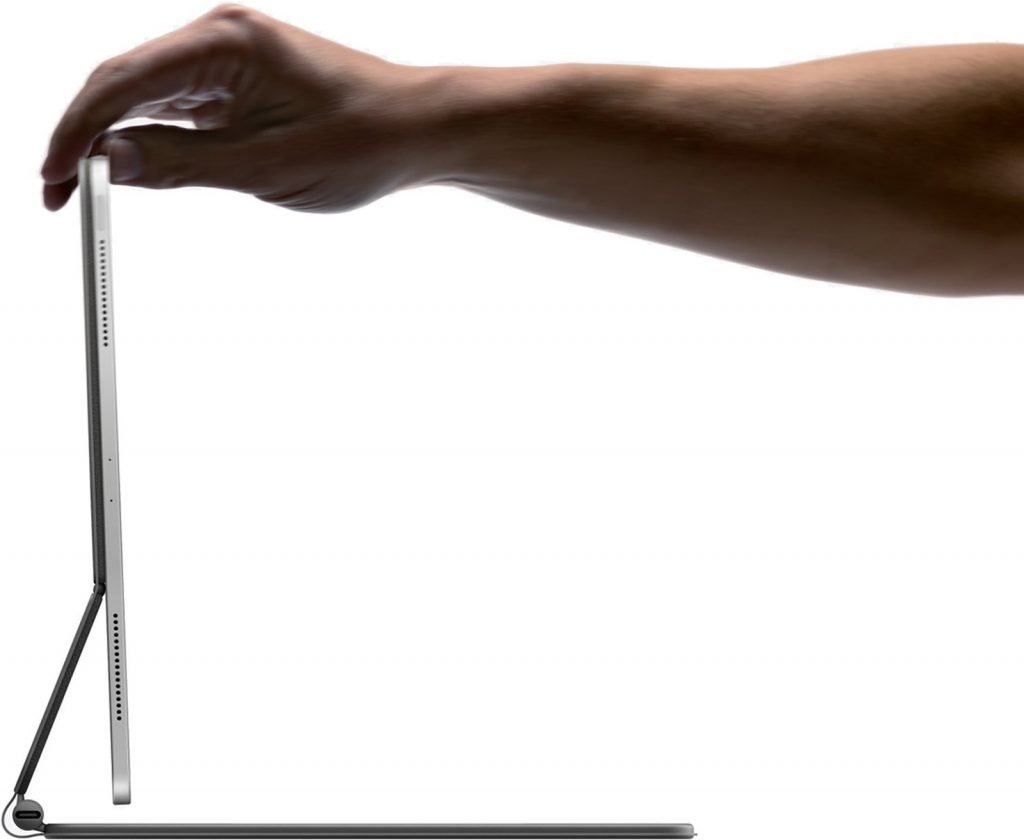 2020 iPad Pro models work with the second-generation Apple Pencil that was introduced in 2018. Priced at $129, the Apple Pencil connects to the device using magnets, and when attached magnetically, it charges inductively. Pairing is also done through the magnetic attachment.

Gesture support is included with the second-generation Apple Pencil, and with a tap, you can change brushes or quickly switch from a brush to an eraser without having to pick up the pencil and select a new tool. 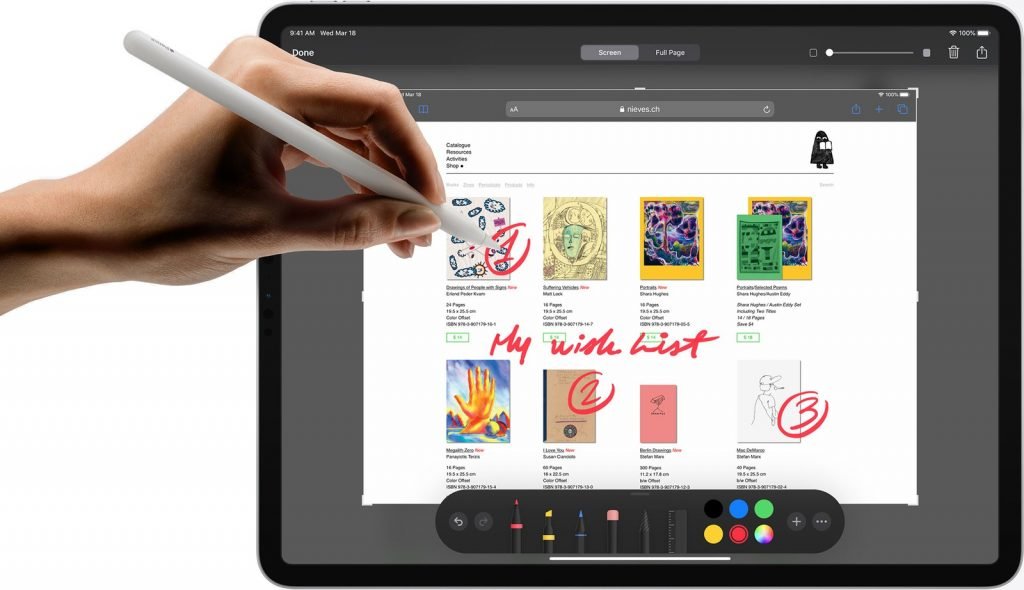 The new iPad Pro is available for order from the online Apple Store.