How To Install Chrome OS On Your PC Or Mac 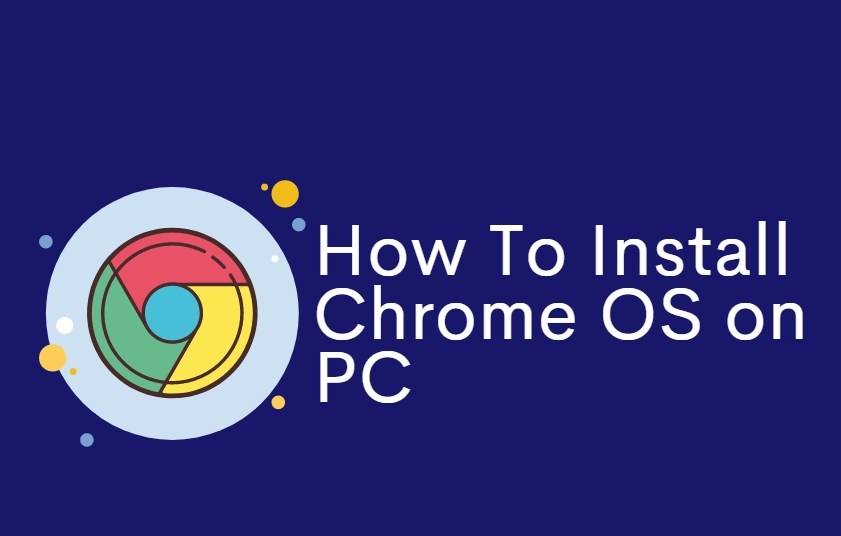 Google’s Chrome OS is built on an open-source project named Chromium OS. Unfortunately, Google doesn’t offer builds of Chromium OS you can install yourself, but Neverware is a company that takes this open-source code and creates Neverware CloudReady. This tutorial explains how to install Chrome OS on your PC or Mac.

CloudReady is basically just Chromium OS with a few additional management features and mainstream hardware support. Neverware sells it directly to schools and businesses that want to run Chrome OS on their existing PCs. Neverware also offers a free version of CloudReady for home users. It’s basically just Chromium OS modified to work on existing PCs. However, as it’s Chromium OS-based, you won’t get a few extra features Google adds to Chrome OS, like the ability to run Android apps. Certain multimedia and DRM features may also not work on some websites.

While this isn’t the official version of Chrome OS produced by Google, it’s better and more well-supported than previous solutions created by enthusiasts. It even automatically updates to the newest builds of CloudReady offered by Neverware. However, these tend to lag behind the latest versions of Chrome OS as Neverware has to customize them.

Neverware maintains a list of officially supported devices that have been certified to run with CloudReady. It doesn’t matter if your computer doesn’t appear on this list—there’s a good chance it will work alright. But there’s no guarantee that everything will work perfectly, as with a Chromebook designed for Chrome OS.

This article explains how to install Neverware’s CloudReady version of Chromium OS on your Windows, Mac, or Chrome computer using an 8- or 16GB USB flash drive.

Don’t miss: How To Easily Rotate Screen In Windows 10

This process is a little different on Windows than on macOS and Chrome OS, and Neverware recommends that you use Windows for this step even if you aren’t planning to install CloudReady on a Windows computer.

If you have access to a Windows computer, the first step is to download the CloudReady USB maker from Neverware:

Once you have downloaded the USB maker, you’re ready to create the USB installer. Again, you will need an 8 or 16GB USB stick for this step. You will lose any data stored on the USB stick, so back it up before you create your USB installer.

Note: Neverware recommends that you don’t use SanDisk USB sticks, but it should work if that’s all you have.

Also read: How To Install Windows 10: A Step-by-Step Guide

How To Create A USB Installer For CloudReady

Launch the CloudReady USB maker program that you downloaded from Neverware.

Once you have finished making your CloudReady USB stick, you’re ready to try it out.

What If You Only Have A Mac Or Chromebook?

If you don’t have a Windows computer, you can still make a CloudReady USB installer. The process is a little more complicated, and Neverware recommends you use Windows instead, but it is possible.

The first step is to download a CloudReady image to place on your USB stick:

The next step requires you to have Chrome installed on your computer. Again, this is a given if you’re using a Chromebook, but if you only have a Mac and don’t already have Chromium, you will need to install it before proceeding.

Don’t miss: What Is Csrss.exe: Everything You Need To Know

How To Run CloudReady From A USB Drive

You’re almost ready to go once you have finished creating a CloudReady installation USB drive. You need to shut down the computer you want to use CloudReady on and make sure that it can boot from USB. If you insert the USB stick into your computer and it boots to its normal operating system, you will need to change the boot order.

On a Mac, hold down the option key when booting up, and you’ll be given a choice of which device to use to boot your Mac.

Here’s how to run Chromium OS from a USB stick via CloudReady:

First, select a computer that you want to use with CloudReady. You can use a laptop, desktop, Windows, Mac, or even Linux computer. Of course, the hardware may not be perfectly compatible, but you won’t know until you try.

This will complete the setup of CloudReady. After that, it’s ready to use in this state, and you can immediately start browsing the internet with Chrome, access your Google Drive files, and do anything else you would normally do with a Chromebook.