How To Catch The Rare And Powerful Dreepy And Drakloak

This guide will teach players the tips, tricks, and strategies they need to know to catch Dreepy and Drakloak and how to evolve them in Pokémon Sword and Shield.

Since the first installment of Pokémon, the game’s “pseudo-legendaries” have always been some of the strongest a trainer can catch, and Pokémon Sword and Shield is no different. Dreepy, the pseudo-legendary Pokémon of the 8th Generation, is one of the best new additions to the Pokédex that you can find in Galar. Dragapult, Dreepy’s final evolution, which evolves from Drakloak, boasts the third-highest speed in the entire game, even beating out all three legendary Pokémon found in the region one of the strongest Pokemon players can use in competitive play.

So how do players catch this rare and powerful Pokémon? This guide will tell them everything they need to know to add Dreepy or Drakloak to their party. Catching Dreepy and Drakloak can be troublesome for new players, but following this walkthrough will make this an easy catch.

Location Of Dreepy And Drakloak In Pokémon Sword And Shield 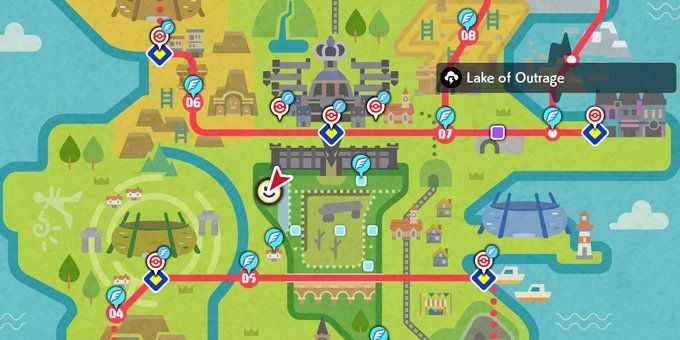 Dreepy and Drakloak are only found in the Lake of Outrage in the Wild Area. However, players will not be able to access this part of the region without the Rotom Bike upgrade that allows them to surf across the water. So, before players set their sights on Dreepy and Drakloak, they need to make sure they’ve defeated the 6th gym (Circhester City) and explore Route 9.

Once players have the modified bike, they should head to the Wild Area and surf to the northwest corner of the map. They will find Dreepy as a random encounter marked with a red exclamation point or Draklaok as an overworld spawn.

Simply knowing where these Pokémon are located might not be enough. Dreepy has a 1% chance of spawning as a non-overworld encounter in Overcast weather and a 2% chance in Heavy Fog and a Thunderstorm. Yeah, those aren’t brilliant odds.

Thankfully, you can also encounter Drakloak, its first evolution in the wild. Unfortunately, that one is a standard Overworld encounter, so you’ll see it appear before you engage with it, and it has a 1% chance in Overcast and Rain and a 2% chance in Heavy Fog and a Thunderstorm. Not much better, but at least you can look for both Pokemon simultaneously.

Another way of obtaining a Dreepy is to catch two different Drakloaks and breed them. Although even its stronger form has the same slim chances of being spotted here, it might take a while to go down the egg-hatching route. 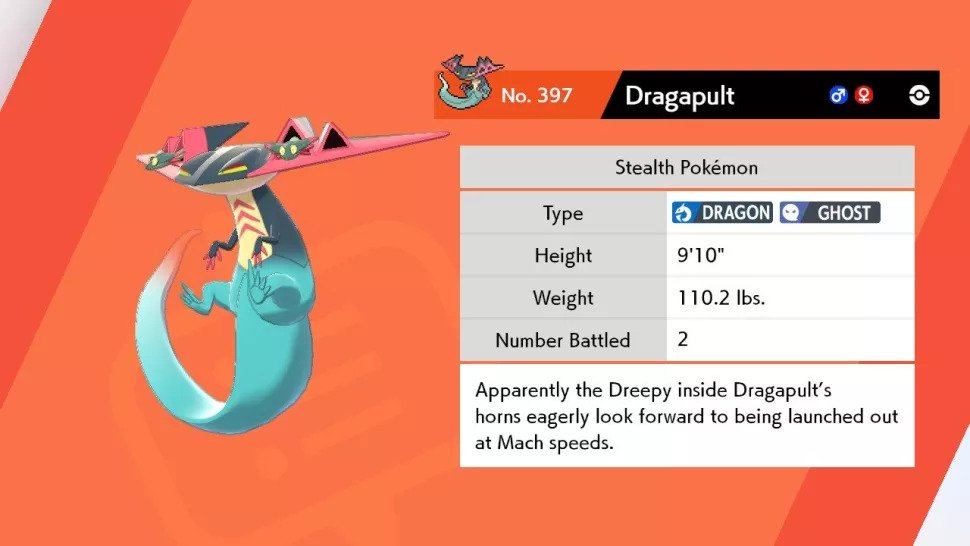 If you catch a Dreepy, you thankfully don’t need any special items to make it evolve. Instead, it will evolve into Drakloak at level 50, followed by Dragapult at level 60. When you get Dragapult, you can learn some incredibly powerful moves like Phantom Force at level 48, Dragon Rush at level 63, and Last Resort at level 78.

In terms of the best Dragapult nature in Pokemon Sword and Shield, that has to go to Adamant. Since Dragapult is likely to have a higher speed than whichever Pokemon you’re up against anyway, the attack bonus is vital for physical attacks. So keep breeding Dreepy with Ditto to search for a high IV Dreepy with the best abilities, and before long, you’ll have one of the best attackers in the game.