Hogwarts Legacy: Everything We Know About The Harry Potter RPG 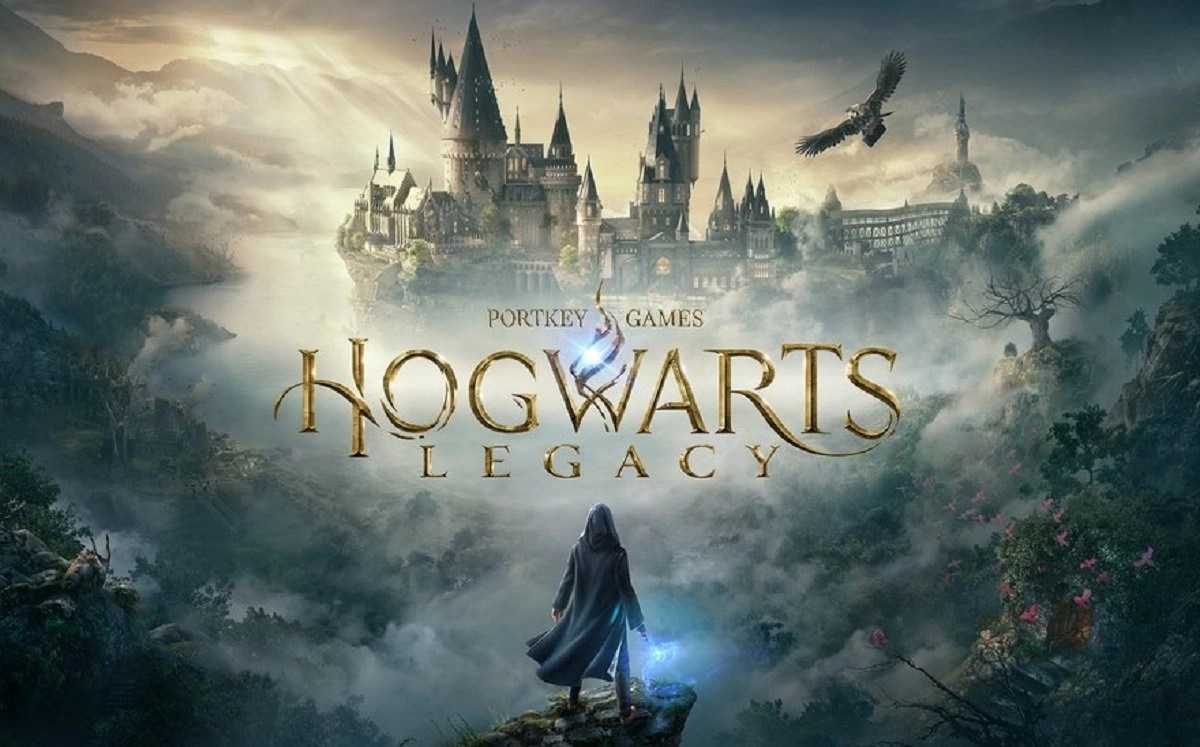 Hogwarts Legacy is a highly-anticipated open-world adventure game set in the Harry Potter universe and confirmed to be in development by US games developer Avalanche Software.

The long-rumored wizarding RPG is indeed in the works, and from the look of the reveal trailer, there will be plenty of magic casting and wizard school activities to get stuck into.

As its name suggests, Hogwarts Legacy will take players to the wizarding school of Hogwarts. But the game won’t retread the story of the Harry Potter books and films. Instead, it’ll be set in the 1800s with its own story and take on the magical world.

Avalanche is keeping schtum on any further details, but we’ve rounded up all the info about the RPG we could find. So you’ve got your sorting hat, potions classes, owl mail, trolls in dungeons, dusty books, talking portraits, fantastic beasts, and so much more.

You’ll find all the details we know about this brand-new wizarding world RPG below.

When is the Hogwarts Legacy release date? 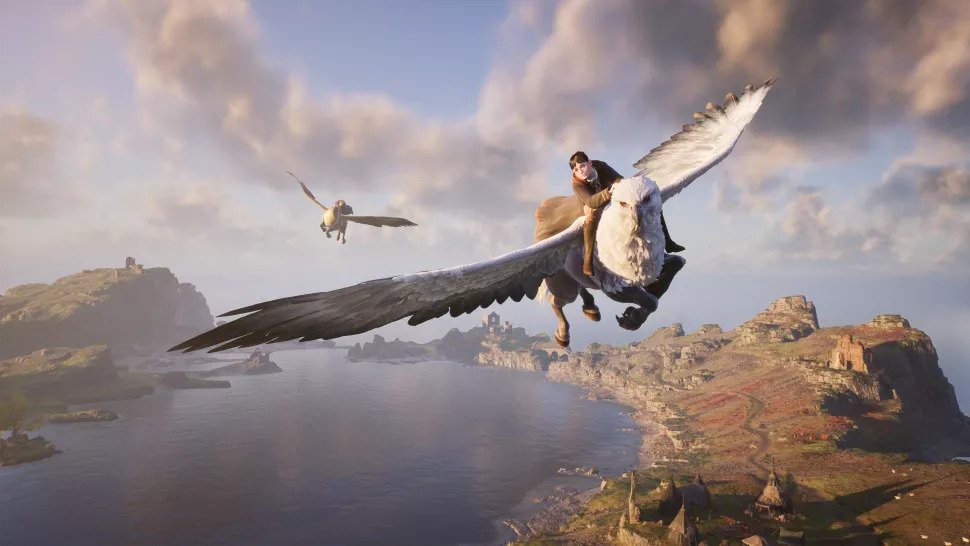 When Hogwarts Legacy first leaked, Bloomberg reported that it would come to next-gen consoles in 2021. However, the start of the new year saw an official delay to 2022, as publisher Portkey Games confirmed they needed more time to get the game in tip-top shape.

While the game was first announced at a PS5 event, it will be coming to the Xbox Series X/S and Xbox One and PS4, and PC. However, if the PS5 version will have any timed exclusivity remains unclear.

Hogwarts Legacy will be an “immersive, open-world RPG” set in the wizarding world of the 1800s – specifically Hogwarts School of Witchcraft and Wizardry.

According to the game’s description on its official website: “Your character is a student who holds the key to an ancient secret that threatens to tear the wizarding world apart.” Having received a late acceptance letter for Hogwarts, the player discovers that they possess the ability to possess and master Ancient Magic. “Only you can decide if you will protect this secret for the good of all or yield to the temptation of more sinister magic,” the description reads.

Hogwarts Legacy will see players creating and customizing their characters, creating potions, mastering spell casting, upgrading their talents, making allies, and battling Dark Wizards to “decide the fate of the wizarding world.” Players can also expect to come across fantastic beasts and visit new and familiar locations, including the Forbidden Forest and Hogsmeade Village.

A morality system is also rumored to play a role in the game. The official FAQ certainly indicates that players will have to make decisions as they play, stating, “players will also encounter missions and scenarios that will pose difficult choices and determine what they stand for.”

Is Harry Potter in Hogwarts Legacy?

Nope! Remember, this is set in the 1800s, so the kid who lived is several generations from being born. Harry Potter won’t be in Hogwarts Legacy, but since you can create your character, you could probably design a wizard student who looks like him if you want to.

Here’s what we know about character creation

So far, we know that we’ll be able to make our own Hogwarts student in legacy, but we haven’t gotten a look specifically at character creation yet.

According to a Bloomberg report in 2021, Hogwarts Legacy will let you choose a masculine or feminine voice, body type, and dorm placement as “witch” or “wizard” independently when creating a student. 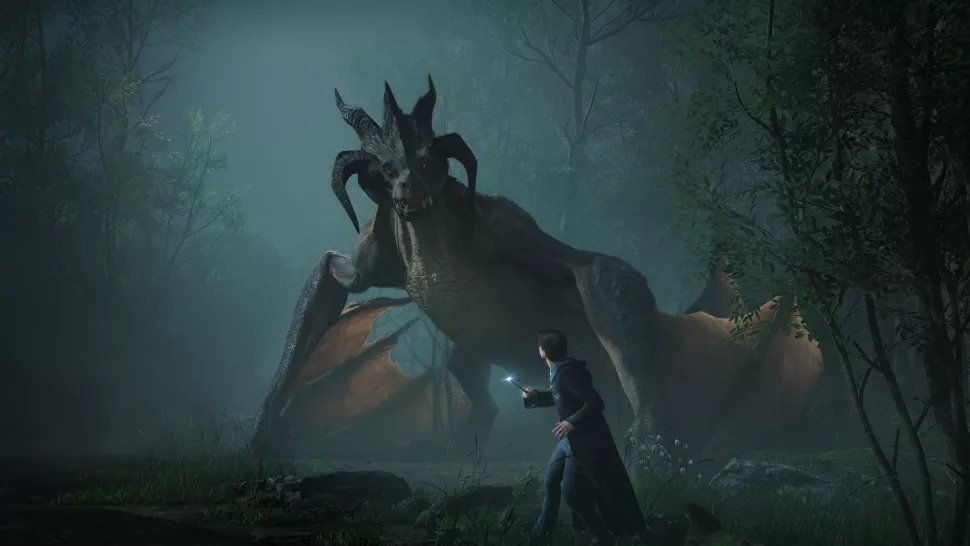 Hogwarts Legacy might decide to show the darker side of the wizarding world. In a (since deleted) tweet from Hogwarts Legacy writer DC Allen, a discussion around the game’s potential age rating opened up possibilities for the Harry Potter title to include the book series’ Dark Arts – the forbidden magic that only powerful evil wizards use.

Asked whether or not killing would be possible in the new game, the writer answered (as preserved by Comicbook.com):

“Are they not allowed to kill in 16+ games? I feel like you could fully kill bad guys in Horizon Zero Dawn. It just wasn’t bloody. I don’t think I can answer your question directly, but in the trailer, you can see a lot of evil occurring in the wizarding world.”

It has, of course, been confirmed that evil opponents in Hogwarts Legacy will use Dark Magic after a PlayStation Blog post from Adrian Ropp, Head of Story at Avalanche, mentioned the game would feature “dueling against a deadly dark witch.” However, Allen’s comment is the first sign we’ve had that the game could use more mature themes and methods of attack for the protagonist.

Indeed, there have been mentions of a “morality” system in the game, which could also leave the door open for the so-called “Killing Curse,” Avada Kedavra, for players that want to take a walk on the Dark side of magic. 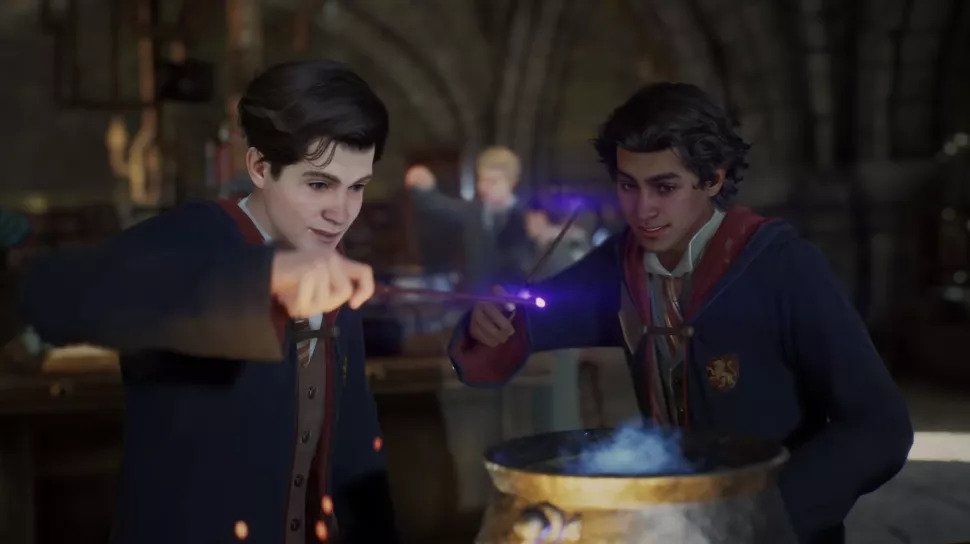 Avalanche is calling Hogwarts Legacy an “immersive, open-world action RPG.” The immersive part may or may not mean a lot, but it sounds like you may be able to freely explore Hogwarts and other familiar locations while leveling and customizing your student. In addition, they’ve mentioned that you will be able to choose your student’s schoolhouse at the beginning of the game.

“[Players] will grow their character’s abilities as they master powerful spells, hone combat skills, and select companions to help them face off against deadly enemies,” Avalanche says. “Players will also encounter missions and scenarios that will pose difficult choices and determine what they stand for.”

Avalanche doesn’t let on if those companions it mentions are other students or pets or maybe even patronuses, but we’re sure to find out later. As for the deadly enemies, you can spot what might be a dark wizard enemy in the reveal trailer screenshots above.

Don’t miss: The Best Games Like Diablo To Play While Waiting For Diablo 4

Avalanche Software (the team behind the Disney Infinity games, NOT the Avalanche Studios behind the Mad Max and Just Cause games) is developing the game. So if you like the studio’s work, you’re in for a treat – and if you don’t, what can we say?

According to the Bloomberg report, Rowling doesn’t have much involvement in the game’s creation, and the game’s official FAQ states while the game “is inspired by J.K. Rowling’s Wizarding World,” the author “is not directly involved in the creation of the game.”

Which locations are in Hogwarts Legacy?

There may not be familiar faces in Hogwarts Legacy due to the time period it’s set in, but it looks like we can expect some standard places. In addition, Avalanche says that it’s an open-world game, so there will likely be plenty of exploring in and out of the castle.

It should be no surprise that we’ll be spending a lot of time in Hogwarts Castle itself as students. In the reveal trailer, we got a good look at the expansive great hall and a look at the exterior we know so well too.

The nearby village of Hogsmeade shows up in the first trailer, too, so we can likely expect to wind down after classes in some of the local shops.

Also, from the trailer, we can spot a venture into the Forbidden Forest where a student is fighting against those unknown evil wizards of Hogwarts Legacy.