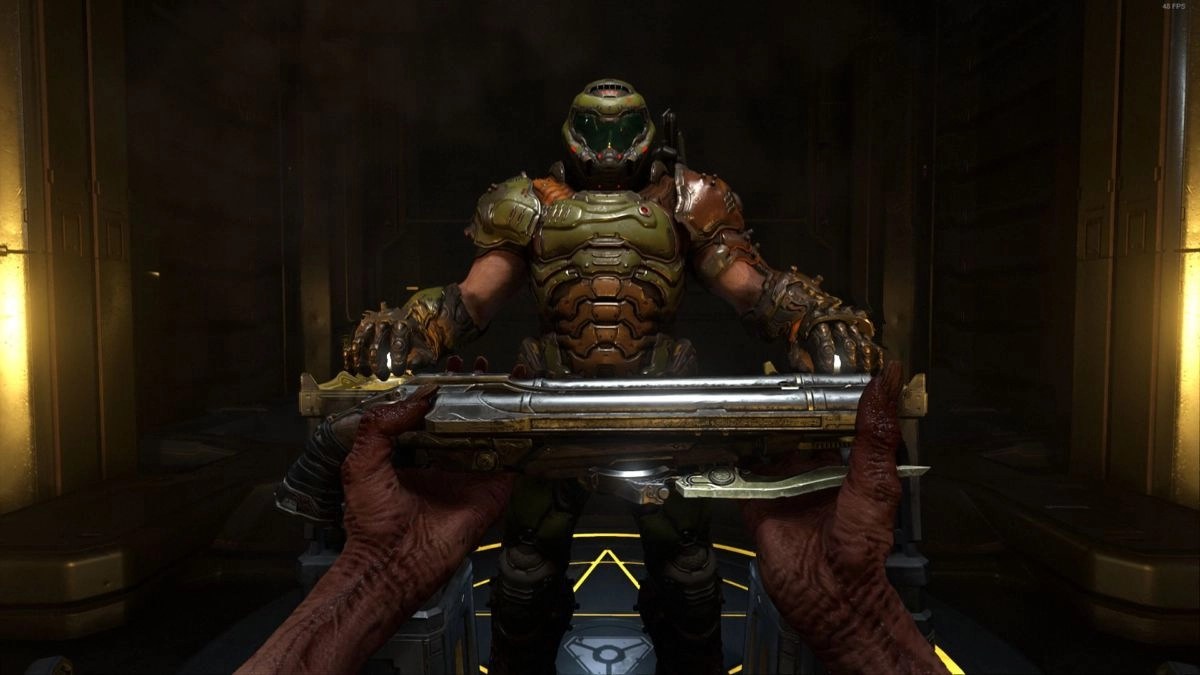 It’s hard to imagine that it’s been 25 years since the original DOOM came out. This FPS classic redefined the genre in a big way by capitalizing on the underground success of Wolfenstein and building upon it. The end product was a much more dynamic and inventive experience that influenced every single FPS title from that moment on. In this walkthrough, we will be learning the ten best Doom Mods to refresh the game in 2022.

That’s 25 years of glorious mods and ultraviolence. To celebrate, we’ve rounded up 10 of the best Doom mods you can play today, taking you from a post-apocalyptic future to the bloodiest iteration of Doom imaginable.

This WAD has been out for quite a while now, but it’s still a doozy that many DOOM gamers swear by. Essentially, DTWID is a reimagining of the original DOOM’s levels, spread across three chapters. It takes into account id Software’s original level design while putting its spin on things.

The result is a classic DOOM experience not quite like gamers remember, but still recognizable. Many elements of the original level design make it into this game while giving gamers a completely new experience. It’s worth checking out to see a reinterpretation of a classic.

If you want to see just how far Doom’s engine can be pushed in terms of visual fidelity, then Valiant remains the high watermark.

The so-called ‘megawad’ has 32 maps spanning monolithic space stations, brooding keeps, and shadowy forests – all with an impressive surreal aesthetic and sharp high-contrast lighting. In addition, it features striking design elements that wouldn’t look amiss in a modern art gallery.

Valiant is more than just beauty, reconfiguring attack patterns of traditional Doom enemies to present an all-new threat. In addition, each level is designed for you to start with a pistol, making each a self-contained pistols-to-plasma-guns journey.

Since DOOM 2016 was released, players have been scrambling to replicate the same look and feel in the original DOOM game. Finally, that’s now possible, thanks to wads like Zion, which port over the weapons, sound effects, and music from that game for use with a launcher like GZDoom.

This mod overhauls the entire game by adding everything from glory kills to selectable weapon states and even DOOM 2016-inspired monster designs. It’s a one-size-fits-all wad that bathes any DOOM map in up-to-date, contemporary FPS glory, just as the new Slayer would have wanted.

Taking the Super Mario 64 concept and violently debasing it, Golden Souls throws you into a colorful castle filled with paintings to jump into. Each one warps you to a themed world – be it a verdant field coated in flowers or a sandstorm-swept desertscape where you can make out the silhouettes of demons in the haze.

True to its inspiration, the mod incorporates platforming elements and plenty of verticalities as you traverse the land searching for the titular souls (Mario Stars, essentially).

This time, Golden Souls 2 builds on the concept inspired by a Super Mario Bros 3-style world map that lets you unlock alternative pathways through the game. The level design and weaponry are even more ambitious, taking you through settings like a medieval fairy tale village and a pink Candyland (naturally home to bloodthirsty Pinky demons).

Fans of the original Doom remember two add-on packs released by id Software back in the day – The Plutonia Experiment and TNT: Evilution. Both had a different style and feel designed to create a different experience, with many preferring Evilution’s more straightforward and traditional approach to level design.

This megawad was designed as a sequel to that pack and featured 32 levels of mayhem to play in. One of the standout features of this wad is the excellent soundtrack done in traditional MIDI-style and composed by several talented individuals who expand on the original tunes with their follow-up work.

Overwatch, Blizzard’s online shooter, continues to be a gaming superpower, so it’d be remiss to ignore OverDOOM, a mod that lets you use some of Overwatch’s most out-there weapons on Doom’s creatures.

The weapons are all beautifully-rendered in Doom’s timeless pixel style, with some incredible animations. Crucially, all weapons are visibly wielded in the hairy arms and gloved hands of Doomguy.

Seasoned DOOM aficionados seeking a serious challenge should look no further than UAC Ultra, an 11-level wad within the bowels of the UAC’s research facility on Mars. So naturally, demonic forces have swarmed the base, and it’s up to the player to clean out the facility while keeping them away from the experimental UAC tech.

UAC Ultra is big on the challenge, which means every misstep carries the potential for disaster. Traps and ambushes are everywhere, so players will have to stay on their toes if they don’t want to get overwhelmed. Tactical gameplay is the key here, and that’s good news for DOOM fans who have seen and done it all.

8. The Adventures of Square

This psychedelic mod looks like it was created by an exceptionally talented Microsoft Paint artist. But beneath the wild exterior, Adventures of Square is cut from that unholy Doom cloth, which you’ll quickly realize once you jump in and start shooting coin-people, rabid squares on a cheesy moon, or eye orbs in a dark forest that seems to be closing in on you.

The unpredictability and diversity make this so hard to take your eyes off. Weapons range from strange magic wands to crossbows, and enemies explode into puffs of vibrant color.

It’s technically impressive, with a quipping hero and proper verticality and projectiles, thanks to GZDoom.

DOOM 64 is a lesser-known and underappreciated chapter in the Doom franchise that initially debuted on the Nintendo 64 way back in 1997. However, the game has seen a revival in recent years thanks to the runaway success of the reimagined DOOM 2016 and its sequel, DOOM Eternal. You can even purchase it on Steam.

However, modders ported the game to DOOM long ago as a total conversion megawad, and Brutal Doom 64 is one of the best versions. As expected, it amps up the violent gameplay of the original while remaining faithful to the original DOOM 64 mythos. This is possibly the most accessible and definitive way to play this classic with mouse freelook enabled.

Need something to scratch that sleazy cyberpunk itch while you wait for the much-anticipated Cyberpunk 2077? The new Doom total conversion Ashes 2063 is your ticket to the retro-future.

Running on GZDoom, Ashes 2063 depicts a grimy world of spiked collars, fingerless gloves, and weaponry that appears to have been crafted from gutter pipes and used hospital bandages.

It’s a surprisingly deep game with trading, characters to chat with, and an RPG-like inventory system. The first episode is a solid nine levels, pitting you against all manner of mohawked and mutated baddies, and there are more episodes to come.