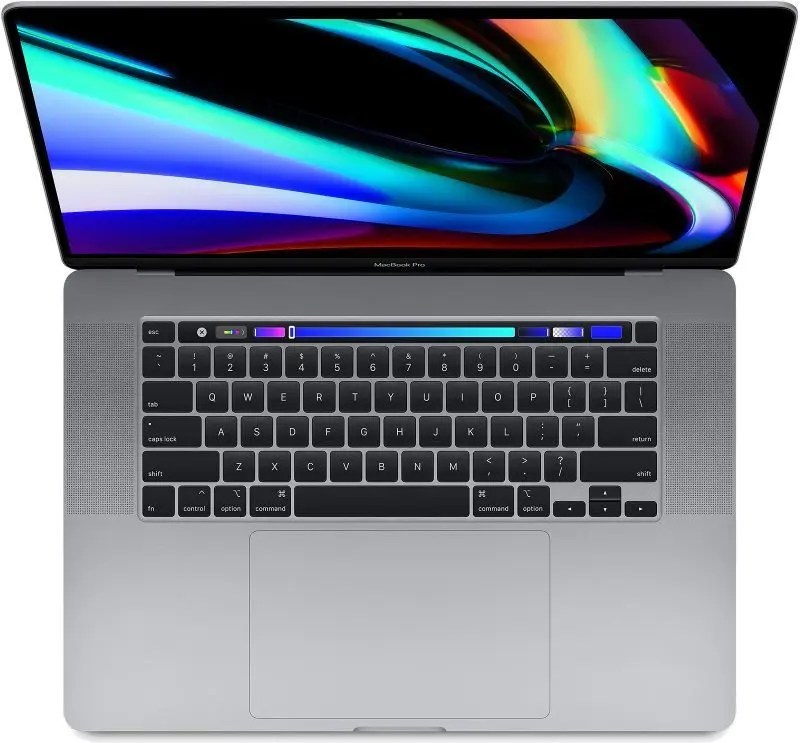 The higher-end larger MacBook Pro features a larger 16-inch Retina display, slimmer bezels, an updated keyboard with a scissor mechanism instead of a butterfly mechanism, up to 64GB RAM, up to 8TB of storage, and AMD Radeon Pro 5000M Series graphics cards.

The new 13-inch MacBook Pro also has a scissor switch keyboard along with Intel’s 8th and 10th-generation chips, Intel Iris Plus graphics, up to 32GB of RAM, and up to 4TB of storage, with no design or size changes.

The 16-inch MacBook Pro features a design that’s similar to the prior 15-inch MacBook Pro, but with a slightly larger body and slimmer bezels. The 13-inch model continues to be unchanged and it’s the same design that Apple’s used for years.

Design wise, Apple has updated the Magic Keyboard to feature a physical Escape key instead of the virtual key on the Touch Bar, along with a separate Touch ID button, an inverted “T” arrangement for the arrow keys, and a Touch Bar.

The 13 and 16-inch MacBook Pro models both use a similar display with with 500 nits of brightness, P3 Wide Color support, and True Tone functionality. 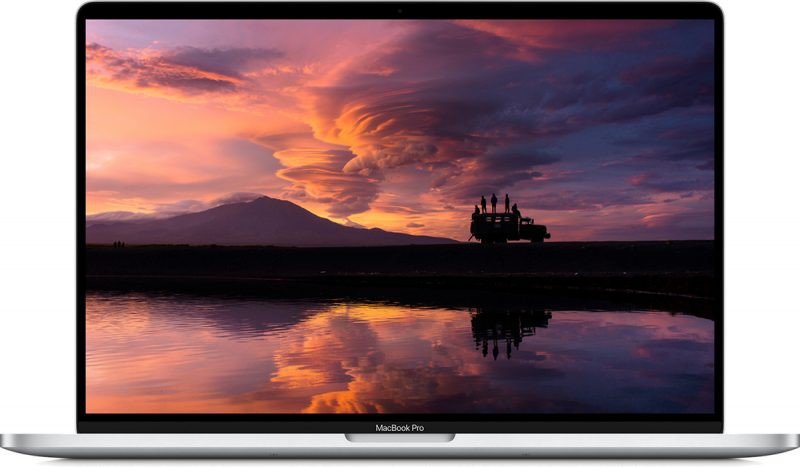 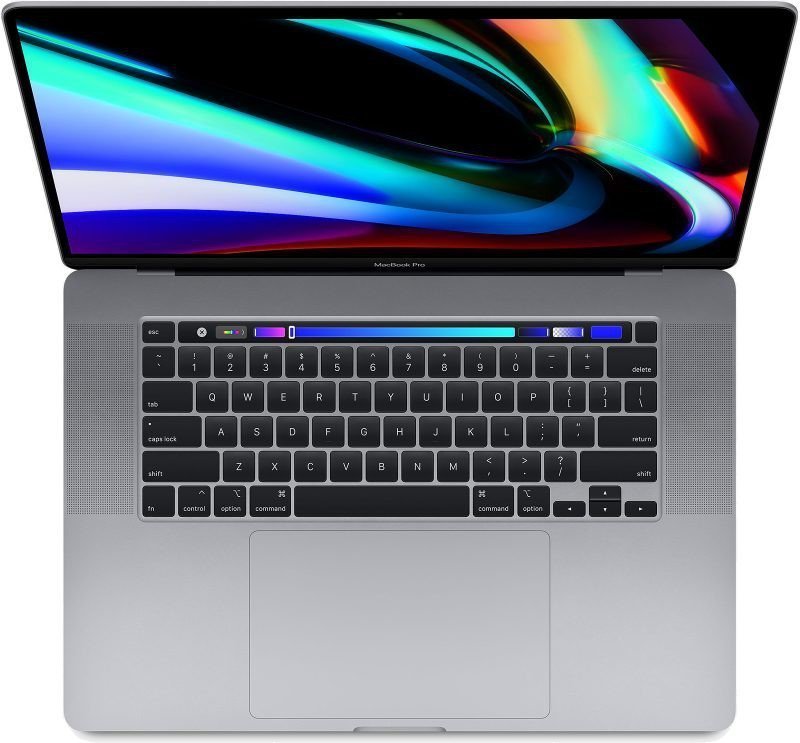 According to Apple, the scissor mechanism in the Magic Keyboard offers 1mm of key travel and a stable key feel, plus an Apple-crafted rubber dome that’s designed to store more potential energy for a more responsive key press.

Apple says that Magic Keyboard delivers a comfortable, satisfying, and quiet typing experience. Design wise, the keyboard is similar to the prior keyboard, but there’s a physical Escape key instead of a virtual key on the Touch Bar, and the Touch ID button is a separate button too.

The Force Touch trackpad has no traditional buttons and is instead powered by a set of Force Sensors, allowing users to press anywhere on the trackpad to get the same response.

The Force Touch trackpad supports a light press, which is used as a regular click, along with a deeper press or “force click” as a separate gesture that does things like offer up definitions for a highlighted word.

There’s a Touch Bar on both the 16-inch and 13-inch MacBook Pro models. The Touch Bar is a small OLED Retina multi-touch display build into the keyboard where the function keys traditionally go.

It is contextual and can perform a huge range of functions on the Mac depending on which app is in use, and it is now available across all of Apple’s MacBook Pro lineup.

The Touch Bar is a matte-style display that blends right in with the rest of the keys on the keyboard, and in all modern MacBook Pro machines, it supports True Tone, allowing the white balance to be adjusted to match the ambient lighting conditions.

The Touch ID fingerprint sensor works much like the Touch ID Home button on older iPhone models. Touch ID can be used in lieu of a password, unlocking the Mac when a finger is placed on the sensor. It also replaces a password for password-protected apps, and it can be used to make Apple Pay purchases in Safari. 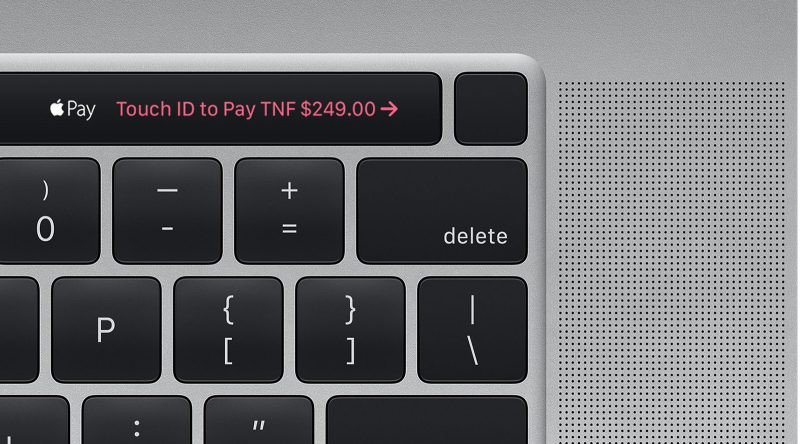 Touch ID is powered by a separate Apple-designed T2 chip with a Secure Enclave that keeps your fingerprint data and personal information safe.

Apple’s T2 chip is included in all MacBook Pro models to make them even more secure and to add additional functionality. 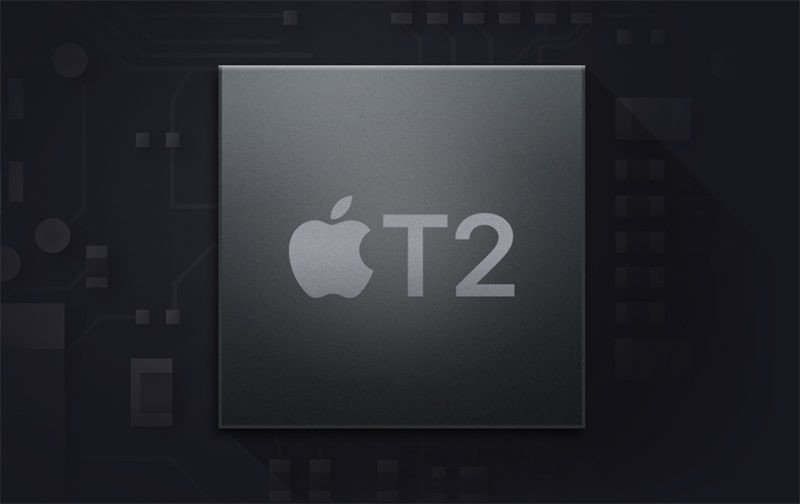 It supports enhanced tone mapping, improved exposure control, and face detection-based auto exposure to the FaceTime HD camera, and it encrypts the SSD on the fly using dedicated AES hardware.

There’s a new six-speaker sound system in the 16-inch MacBook Pro that’s designed to offer the most advanced audio experience ever in a notebook. Sounds are more clear and more natural than ever before, and the bass is half an octave deeper. There’s also an upgraded high-performance microphone with a 40 percent reduction in hiss and a better signal to noise ratio. The 13-inch MacBook Pro uses stereo speakers with two microphones.

Apple’s 16-inch MacBook Pro is the largest and most powerful notebook that the company sells, with up to an 8-core processor, discrete AMD Radeon Pro 5000M series graphics, up to 64GB RAM, up to 8TB of SSD storage, and a larger, 16-inch display.

Both the 13 and 16-inch MacBook Pro has not been upgraded compared to the previous-generation machine. It continues to use a 720p FaceTime HD camera.

The machine is equipped with a 99.8 watt-hour lithium-polymer battery. Apple added extra battery capacity by slightly increasing the thickness of the batteries in the MacBook Pro. The machine comes with a 96W USB-C Power Adapter for charging purposes.

As for the 13-inch machine, it offers “all day” battery life with 10 hours of wireless web usage, 10 hours of iTunes movie playback, and up to 30 days standby time.

The 16-inch MacBook Pro models are equipped with Intel’s 9th-generation 14-nanometer Coffee Lake Refresh chips, which are the same chips that were used in the 15-inch models that were released back in May 2019. 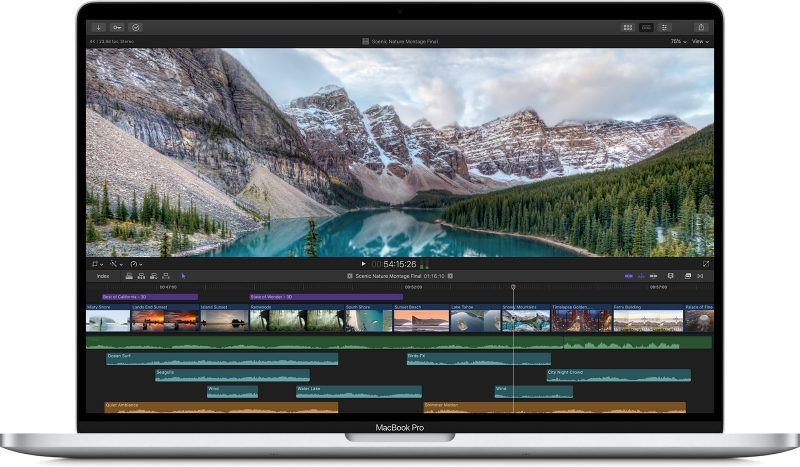 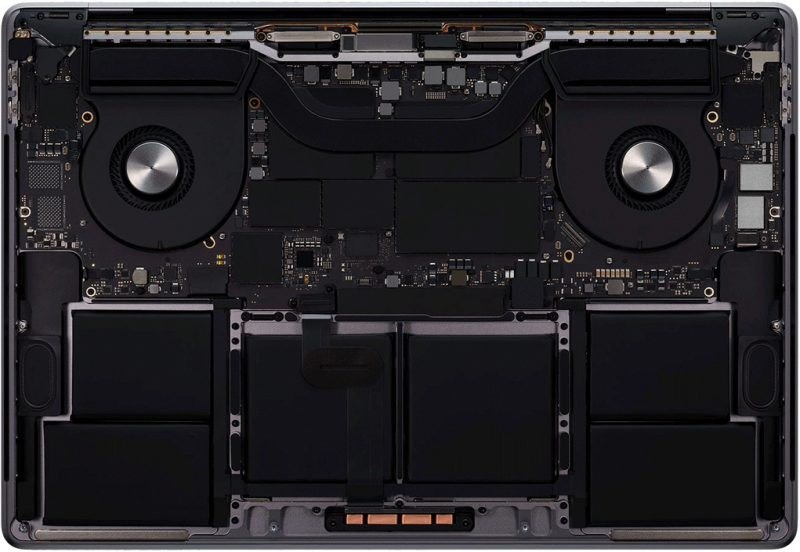 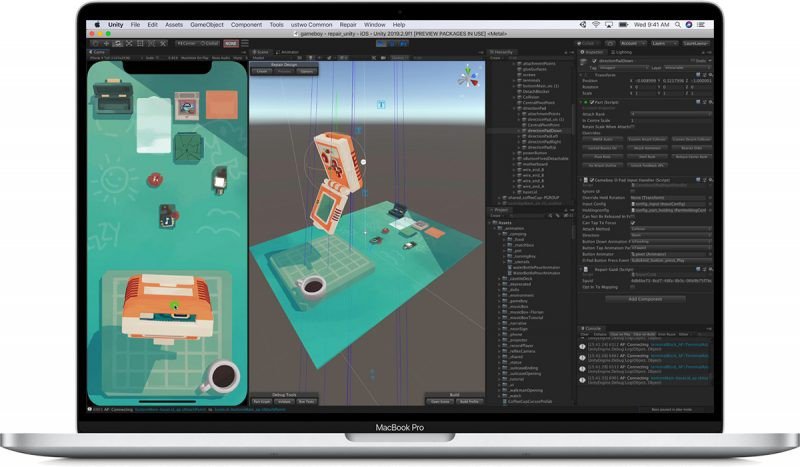 The stock 13-inch MacBook Pro models with 8th-generation Intel chips include 8GB 2133MHz LPDDR3 RAM that can be upgraded to 16GB for an additional fee.

Apple in 2016 introduced super fast SSDs with sequential read speeds of up to 3.2GB/s and sequential write speeds up to 2.2GB/s, and that same technology is used in the SSDs of the 2019 MacBook Pro models.

Storage space in the base-level 16-inch MacBook Pro starts at 512GB, but it can be upgraded to a maximum of 8TB for the first time, up from 4TB.

Storage in the 13-inch MacBook Pro starts at 256GB, but it can be upgraded to a maximum of 4TB for an additional fee.

You can purchase the new MacBook Pro models in Silver or Space Gray from Apple’s online store and Apple retail locations and websites of third-party resellers like Best Buy and B&H Photo.

Here’s everything the critics are saying about the 13-inch MacBook Pro:

Sherri L. Smith of Laptop Mag noted the positive — albeit incremental — upgrades, and also pointed out a few ways it could improve. While overall performance proved solid (and its SSD speeds wowed), Sherri found the MacBook Pro’s new Magic Keyboard to be a great upgrade, and noted that the MacBook Pro’s speakers pack the thunder. If only it were as thin (or thinner) as similar PCs, which also lasted much longer on a single charge.

“The Magic Keyboard is clicky with firm feedback, making for a very comfortable typing experience. I cruised past my typical 70 words-per-minute typing average on the 10fastfingers test, reaching 76 wpm.”

“This 13-inch notebook can get plenty loud. My small living/dining room was filled with warm, balanced audio when I listened to Tony! Toni! Tone! play ‘Whatever You Want.'”

“The MacBook Pro delivers all-day performance, lasting 10 hours and 21 minutes on the Laptop Mag Battery Test … [which is] nowhere near as long as the XPS 13 and Spectre, which clocked times of 12:39 and 13:19, respectively.”

Dieter Bohn at The Verge first impressions of the new 13-inch MacBook Pro are pretty positive. Bohn reviewed the $1,799 version which comes with the upgraded 10th Gen Core i5 processor, as well as 16GB of speedy LPDDR4X RAM and a 512GB SSDD. He championed the performance at the stand out feature of the new Mac machine, as well as the move to the new scissor-key Magic Keyboard. However, as the new MacBook Pro comes with both 8th-generation as well as 10th-gen Intel processors, Bohn noted that choosing the right one could be tricky. And while the base models have the Touch Bar, it’s a little stingy on USB-C ports.

“Compared to my 2017 13-inch MacBook Pro, it feels faster in every way. That’s to be expected, of course, but I believe these spec bumps add up to slightly more than the sum of their parts when it comes to performance.”

“It’s always possible that there’s a critical flaw nobody has caught yet. But I think it’s safe to trust this Magic Keyboard — and this MacBook.”

“Choosing between that model and the higher-end spec with Intel’s newer 10th Gen processors isn’t as simple as some might think.”

“The base model keeps the Touch Bar, but it has two Thunderbolt ports instead of four.”

Engadget’s Dana Wollman said the 13-inch MacBook Pro 2020 is “easier to recommend” thanks to Apple getting rid of the much-maligned Butterfly keyboard. And Wollman also noted that the specs bump of the more expensive models delivers improved graphics performance. However, a hot bottom and the ongoing omission of pro-grade ports” were flagged as shortcomings to the newest MacBook Pro.

“For shoppers who have been holding out for a new MacBook Pro with a more usable keyboard, you can upgrade now, confident you’re making a good choice.”

“There’s also enough performance clout here that it’s clear why someone would choose this over the similarly sized MacBook Air.”

“I still miss having at least one full-sized USB port, not to mention an SD card reader. I don’t think Apple will ever reverse course on this but it still boggles my mind that a machine aimed at creative professionals wouldn’t have these things built in.”

“As for the Touch Bar, I still wish it weren’t there, but I’ve mostly made peace with it. I’d much prefer a row of physical function keys, which you’ll still find on the MacBook Air. I haven’t found much use for Touch Bar shortcuts, but I do miss the physical pause button.”

Brian Heater at TechCrunch tried to place the new 13-inch MacBook Pro in contrast with the rest of the MacBook lineup, and found that the recent upgrades to the MacBook Air make it harder for folks to know which one to buy. However, his fairly positive review talked up how much better the Magic Keyboard is to the butterfly-switch keyboards, which is alone enough to make him “seriously … reconsider upgrading [his] four-year-old machine.” And as a fellow MacBook Pro owner, I get that; we buy these laptops hoping they last a lot longer than just 4 years.

“The 13-inch becomes the third and final member of the MacBook family to get the new keyboard. It’s not “Magic” as the name implies (Apple really does love the M-word), but improvements are immediate and vast. The experience is considerably softer to the touch and quieter than previous versions, and the one millimeter of key travel is much easier on the hands.”

“There are other nice touches, here, including the addition of a dedicated Escape key. It’s a small but welcome consolation that the Touch Bar can’t do everything.”

“The Pro’s battery life is rated at up to 10 hours, to the Air’s 11. Out of the box, I got several hours of life, doing work and listening to music, but like the Air’s claims, 10 hours is definitely a stretch here with everyday usage.”

“Really, the only complaint I would level against it is that the company hasn’t done a lot to distinguish the outside of the machine from the $300 cheaper Air (the Air starts at $999, the Pro at $1,299), beyond port count.”

Note: See an error in this roundup or want to offer feedback? Send us an email here or drop a comment below.