How Smart Ports In Africa Can Change The Economy Of The Continent? 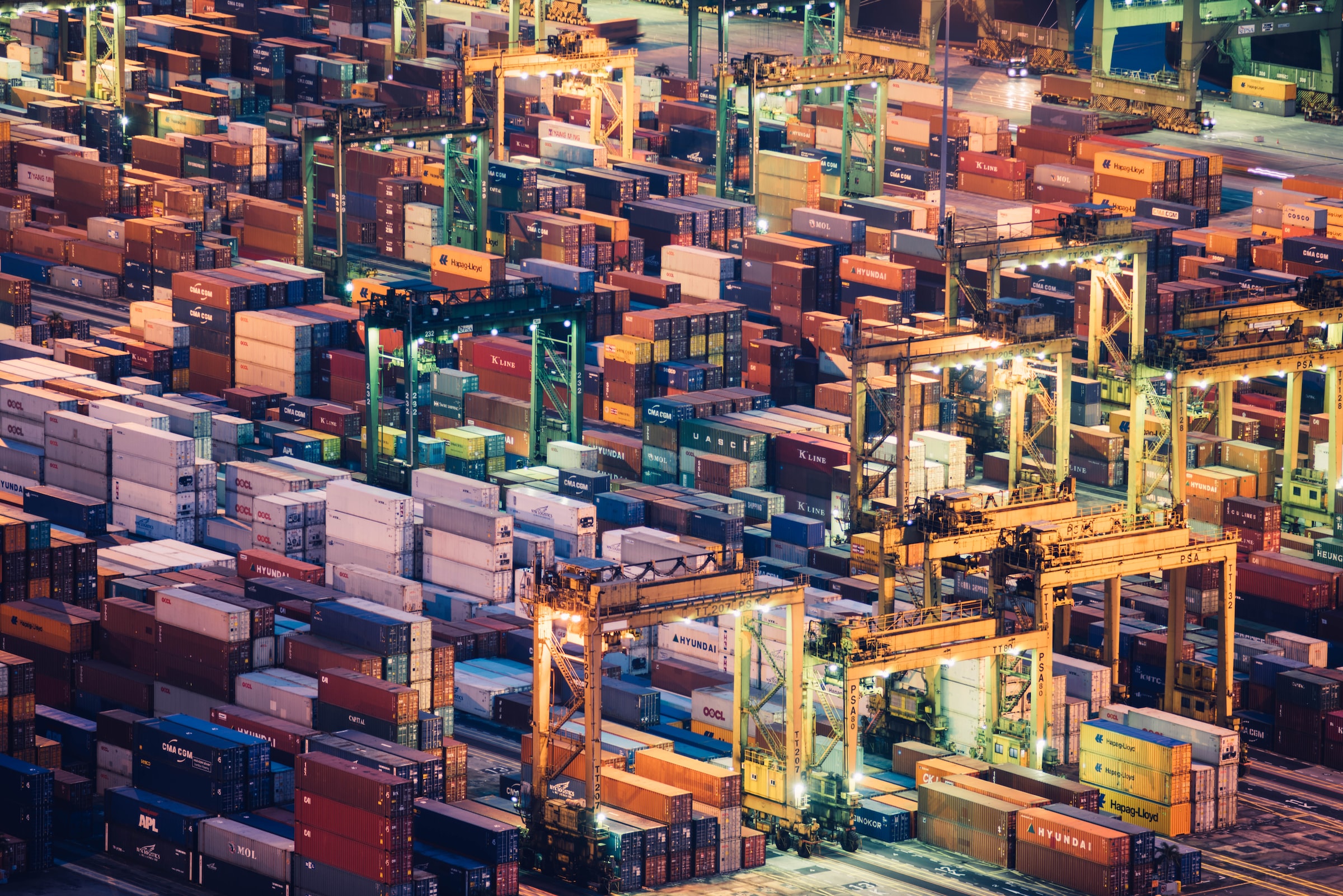 Huawei, one of the world's largest providers of ICT infrastructure and smart devices, says that African ports could benefit a lot from the digital revolution by using smart technologies to keep supply chains moving. Smart ports in Africa can change the rules on the continent and make the regional economies more interconnected.

The company says that making African ports digital will be a good way to deal with the growing need for freight transport.

How Do Smart Ports Work?

A smart port is one that uses automation and cutting-edge technologies like artificial intelligence (AI), big data, the internet of things (IoT), and blockchain to improve its efficiency.

People often think of ports and container shipping ports as conservative and resistant to change. However, new technologies, systems, and solutions are on the horizon that will change this idea in the coming years, paving the way for a better, more connected future for the whole industry.

With the evolving needs of global trade, ships are getting bigger, products are moving faster, and geopolitical conflicts are posing new difficulties for ports all over the world. The need to evolve and become "smarter" is more important than ever.

As we seek greater economies and better resource management, the digitalization of industrial processes is upending the way we manufacture goods and services.

This change is called "Industry 4.0" because it is so important to collect data from all industrial assets. The Internet of Things (IoT) could be seen as its foundation. 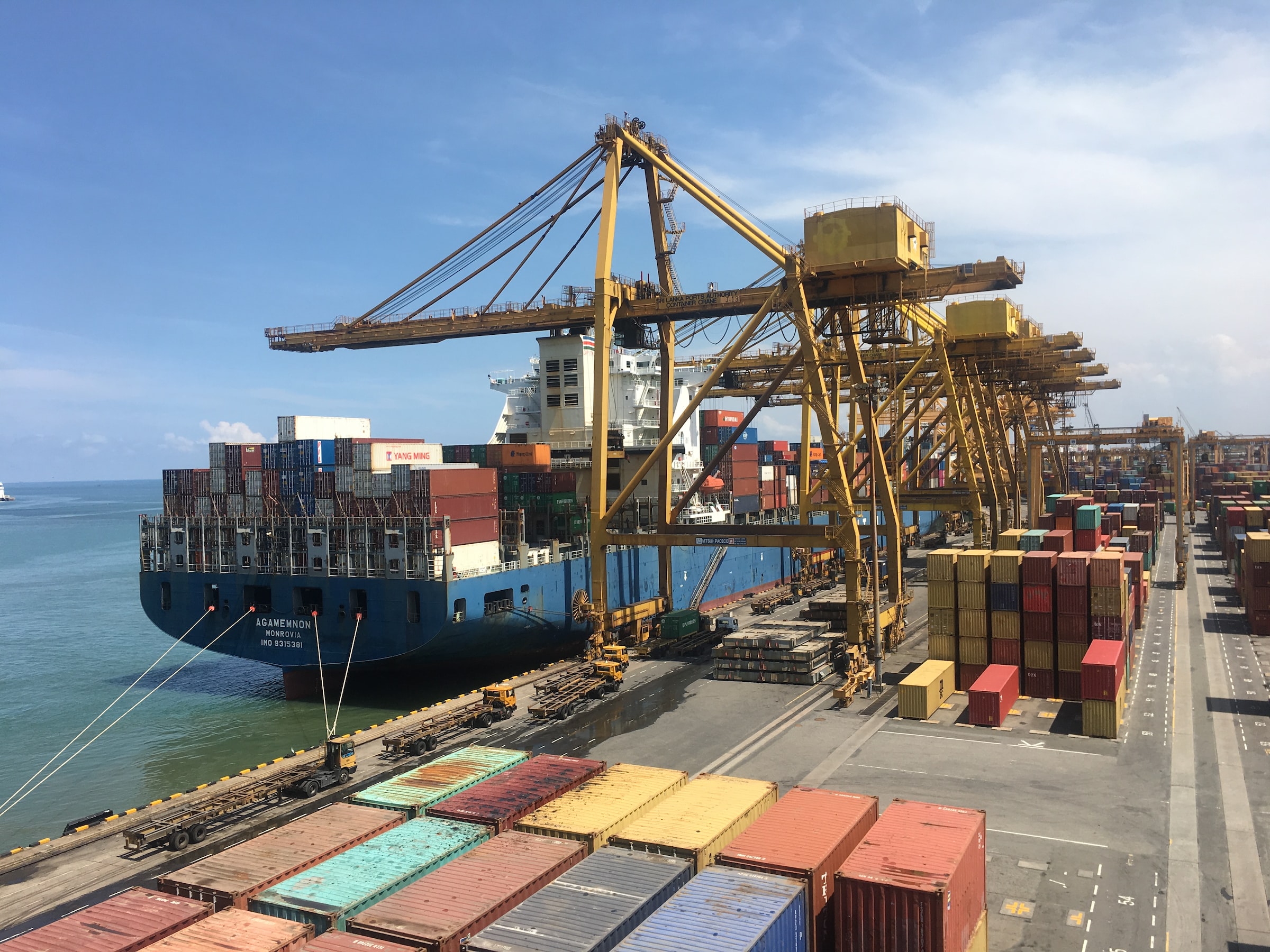 Ship charging in a port

According to the company, this will help Africa's economic and social growth a lot while making trade more efficient and attracting more investors.

The IT firm also advised African governments to consider digitization for operational aspects of port management while investing in port infrastructure expansion to reduce congestion and delays, which significantly increase trade costs.

According to Jiang Kaimin, a senior marketing specialist at Huawei's customs and port division, ports are where freight starts and finishes its journey.

Kaimin says that ports must work every day and that any delays in arrivals and departures, shoreside operations, horizontal transport, yard and gate operations, or tractor or trailer transport could cause a lot of money to be lost.

Kaimin said that Huawei had made the whole port of Tianjin more efficient by using cloud-based central dispatching.

"By implementing an intelligent horizontal transport system, the port has eliminated the drawbacks of the previous ones, allowing autonomous cars to navigate the port complex using a variety of safe and effective routes."

According to him, precise positioning enables 90% of dock cranes to align effectively on the first try, increasing productivity.

In order to handle the increased volume of regional trade, Chen stated that "improving port operations through digital transformation will further enable Africa to connect with global markets."

Over 100 ports can be found in Africa, with the largest ones being at Lagos in the west, Mombasa and Dar es Salaam in the east, and Durban, Port Elizabeth, and Cape Town in the south. Sea transport accounts for almost all of Africa's imports and exports.

According to statistics, these ports handle a staggering amount of trade; for example, in pre-pandemic 2019, South Africa alone handled about 5 million 20-foot container equivalents (TEU), with a little over 9000 ship calls on a national level.

Most of these ports don't work as well as they could, though, because they don't have a fully integrated rail and road infrastructure. This would let all of the operational parts "talk" to each other and let freight and logistics companies track the movement of their cargo.

Manually loading and unloading at ports can be dangerous and take a long time. Because of this, the industry as a whole is not making the most of what should be a much more profitable freight economy.

An Illustration Of Smart Ports On Various Continents

Huawei has created an intelligent horizontal transport system at the terminal of Section C in the Beijiang Port Area.

They did this by combining unified data sharing with smart technologies like 5G, cloud computing, big data, and IoT. As an example, they used the Tianjin Port in China.

The increased use of 5G, AI, and AR technologies in scenario-based solutions, like the ones Huawei brought to Tianjin Port, can help with the overall integration of transport nodes into and out of ports, which is currently missing in a number of African countries.

Which Is The Smartest Port In The World?

The goal of the Port of Rotterdam in the Netherlands, the largest seaport in Europe, is to become the smartest port in the world.

What Is The Biggest Port In Africa?

The largest and busiest maritime facility in sub-Saharan Africa is the Port of Durban, also known as Durban Harbour. Every year, it moves up to 31.4 million tons of freight.

What Makes A Smart Port?

A smart port is an automated port that uses data analytics to conduct profitable commerce and efficiently manage operations. The idea is to leverage smart technology to boost a port's productivity, competitiveness, and efficiency.

The company says that fully connected road, rail, air, and port models will put African port operations at the forefront of smart, secure, and environmentally friendly hubs for the export and import of goods that the continent needs.

Smart ports in Africa will change the game for all the continent. You can also follow the news on African economy and society with Urban Kenyans.