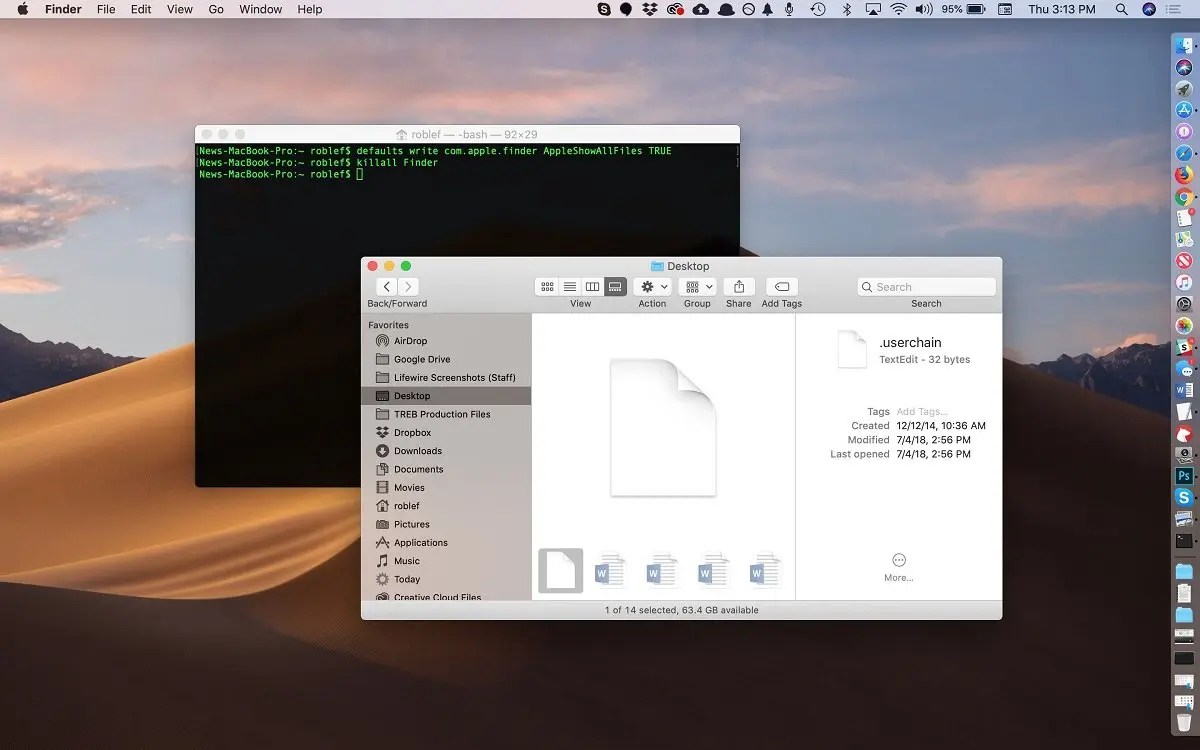 In this article, we explain different ways to hide Files and show Hidden Files on Mac OS X.

Macs offer a way to hide files and folders, just like other operating systems. But Mac OS X hides these options and doesn’t make it as easy as it is on Windows and Linux.

Have some private files that you don’t want to risk anyone else seeing? You can hide files in Max OS X using Terminal. The tool provides text-based access to the operating system, in contrast to the mostly graphical nature of the user experience of macOS, so not everyone wants to tamper with it.

To hide a file or folder, you’ll need to set the “hidden” attribute for it. The Finder and other Mac apps will then ignore and not display this file or folder by default.

The files you won’t be able to see by default are typically preceded by a full stop, for example .htaccess file, .bash_profile or .svn directory. Folders like /usr, /bin, and /etc are hidden away, too. And the Library folder, which contains application-support files and some data, is also tucked out of sight.

Rather than hiding an individual file — although you can do that — you may want to create a hidden folder. We’ll do that for this example, although this trick will also work to hide individual files.

A quick and easy way to find secret files within a folder is to hold down Cmd + Shift + . (dot or period), but there are other options you might like to consider, as we explain below.

Press the Command and Space keys simultaneously. Type the word “Terminal” and press Enter. A terminal window will open.

In the window, type in this command:

Drag-and-drop a folder or file from the Finder into the terminal window.

Also read: How To Easily Format an SD Card on Mac

Want to quickly access a hidden folder from the Finder? The easiest way is to click the Go menu in the Finder and select Go to Folder.

Although the folder is hidden and won’t appear normally in the Finder or save dialogs, you can quickly access it this way. Any files you store in this folder are effectively hidden, too — no one can accidentally click their way to the folder, but they’ll appear in the Finder if you go there directly.

Show Hidden Files in the Finder

The Finder does offer an option to view hidden files. However, this isn’t a graphical option — you have to enable it with a terminal command and restart the Finder for your changes to take effect.

To view hidden files in the Finder, open a Terminal window and run the following commands in it, pressing Enter after each one:

Want to stop Finder from showing hidden files and folders? Run the following command to disable this option and restart the Finder:

Also read: iPhone Photos Not Showing Up On PC or Mac? Fix Now!

Unhide a File or Folder

Want to unhide a file or folder? Run the same command you ran before, but change “hidden” to “nohidden.” In other words, type the following command into the terminal, typing a space after it:

If you remember the exact path of the folder or file, you can type it into the terminal. If you don’t, you can use the above trick to display hidden files and folder in the Finder and drag and drop that hidden file or folder into the Terminal, as you did earlier.

(You can also press the up arrow key at the terminal to cycle through previous commands, locating the command that made the file or folder hidden. Use the left arrow key to go to the “hidden” part of the command and change it to “nohidden,” and then press Enter.)

Type Enter afterward and the file or folder will become unhidden, so you can access it normally.

Hiding Files or Folders can be useful if you share a computer with someone, but someone who goes looking for these hidden files and folders can easily find them. It’s not a foolproof way to protect your files and folders from others, but encryption is.