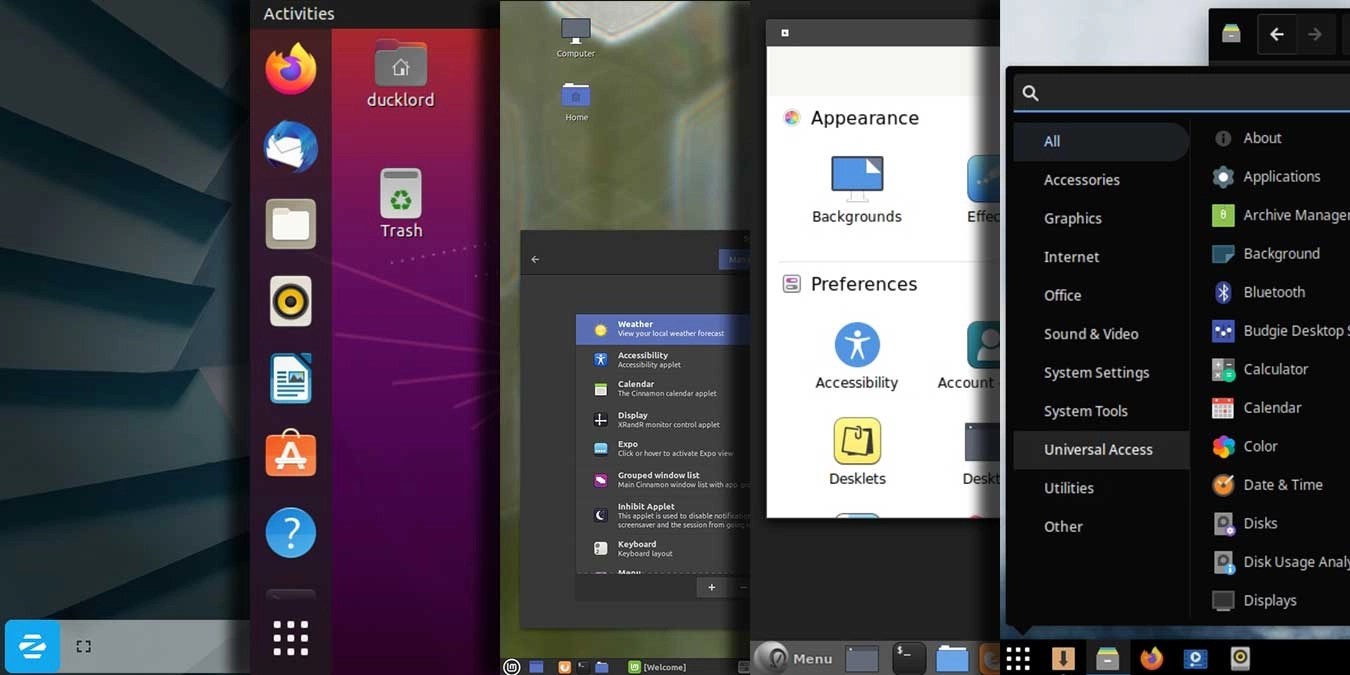 The Linux distros are of various shapes, sizes and functionalities. These distros are made to fit the taste and specs of users all around the globe. A Linux distribution (aka distro) is an OS made from software based on the Linux kernel. Users download Linux from one of these distros. This tutorial will highlight the ten most stable Linux Distros in 2022.

Most Stable Linux Distros In 2022

This is the best choice for those looking to start using Linux. This is created with utmost sensitivity towards a new Linux user. Nitrux uses the KDE Plasma’s malleability and other redesigned components to ease the workload for beginners. It offers a few layouts for the desktop to allow users to make the best use of the available screen.

Nitrux has even modified some administration apps to make tasks such as firewall and backup approachable for inexperienced users. It comes with a few numbers of apps for all kinds of desktop tasks.

The distro also supports and encourages the use of AppImages. This eases installing additional apps. In fact, Nitrux plans to eventually switch all its graphical apps to AppImages.

The Zorin OS project launched in 2008 with the primary goal of making Linux user-friendly. Its developers wanted to make Linux accessible to regular users. They accomplished this by presenting familiarity in the user interface.

The distro sells itself to first-time Linux users that are used to the ways of popular proprietary operating systems. It uses OS like Windows and macOS. It does so with its custom Zorin Appearance app that tweaks Zorin’s Gnome desktop environment. This gives it the resemblance to Windows in both form and function.

Zorin is available in multiple different editions. Three of these, namely Core, Lite, and Education, are free to download.

3. ArchLinux: Suitable for Programmers and Developers

Arch Linux is a lightweight and flexible distribution with an easy user interface. The independently developed, x86-64 general-purpose GNU/Linux distribution provides the latest stable versions of most software by following a rolling-release model.

The features of this distribution include pragmatic distribution, user centrality, versatility, and simplicity, among others.

Debian is a famous and secure Linux-based operating system. Various popular Linux distributions, such as Ubuntu, PureOS, SteamOS, etc., opt for Debian as a base for their software. Notable features are:

Pop!_OS is developed and maintained by hardware vendor System76, and besides being shipped on its own hardware is also available as a free download. The distro has several exciting features, making it an exciting option, especially for gamers.

The distro is based on the Ubuntu LTS release and sports its own user interface over Gnome, called Pop Shell.

Pop!_OS’s uniqueness is that it comes with all the necessary ingredients for gamers. For instance, its developers ensure that hybrid graphics work flawlessly on the platform.

If you possess a hybrid graphics card, the distro will allow you to launch games on the GPU in the context menu. You’ll also be able to switch between battery-saving and high-powered graphics easily.

Lastly, there are multiple editions of Pop!_OS. Besides the standard edition, there is one that is designed specifically for users with Nvidia hardware and ships with the proprietary driver for the hardware.

Kodachi is created for users whose privacy is paramount and needs a secure, anti-forensic, and anonymous distro. The latest edition of the distro is based on Xubuntu 18.04.5 and uses a customized Xfce desktop.

Kodachi comes with all kinds of security-centric and privacy-enhancing apps. Additionally, many regular apps allow you to use the distro as your daily driver is available. Its custom desktop is designed not to trouble first-time users. Plus, access to all the apps while still being intuitive.

In privacy, the distro routes all the connections to the Internet through a VPN before passing them to the Tor network. You can easily change its settings to connect through your VPN service if you have the know-how.

Lastly, anti-forensics capabilities are equipped with many tools, including one that’ll erase the RAM. The distro also includes an option to create a password that will securely erase all contents of your encrypted Kodachi installation when entered. Feels like a spy business.

The distribution develops a platform perfect for hardware, containers and the cloud. Thus, software developers and community members can build tailored solutions for their users. Fedora Workstation is a user-friendly operating system that supports a wide range of developers, from students to professionals in corporate environments.

Also read: The Most Secured Linux Smartphones For Privacy In 2021

Linux Mint is one of the most prevalent desktop Linux distributions that are free and open-source. Based on Debian and Ubuntu, Mint provides about 30,000 packages and is one of the best software managers. The distro provides full multimedia support and is extremely simple to use.

Puppy Linux is unique with its reviving old machines and putting them back into active duty. The project is, in fact, a family of distros, each based on a different sub-distro. For instance, there’s one based on Ubuntu and another based on Slackware.

Despite its small size, there’s no beating Puppy for out-of-the-box functionality. Additionally, there’s an app for basically every task you can perform on a desktop.

It isn’t a surprise that Puppy skips over mainstream apps in favor of lightweight options. The most iconic is its use of Joe’s window manager and the fox-filer file manager, which give it its distinctive appearance.

EasyOS is an experiment by the original developer of Puppy Linux. It is designed from the onset to explore the use of containers on desktops.

Its most unique feature is that you don’t need previous knowledge to use it. Additionally, EasyOS implements the containers to create an amazing and secure distro. Additionally, this distro would be pretty easy to use.

Interestingly, it doesn’t use pre-existing techs like LXC and docker; instead, it uses its own creation. With this, it can isolate individual apps.