How To Unlock The Izanami Forge In Destiny 2 Black Armory 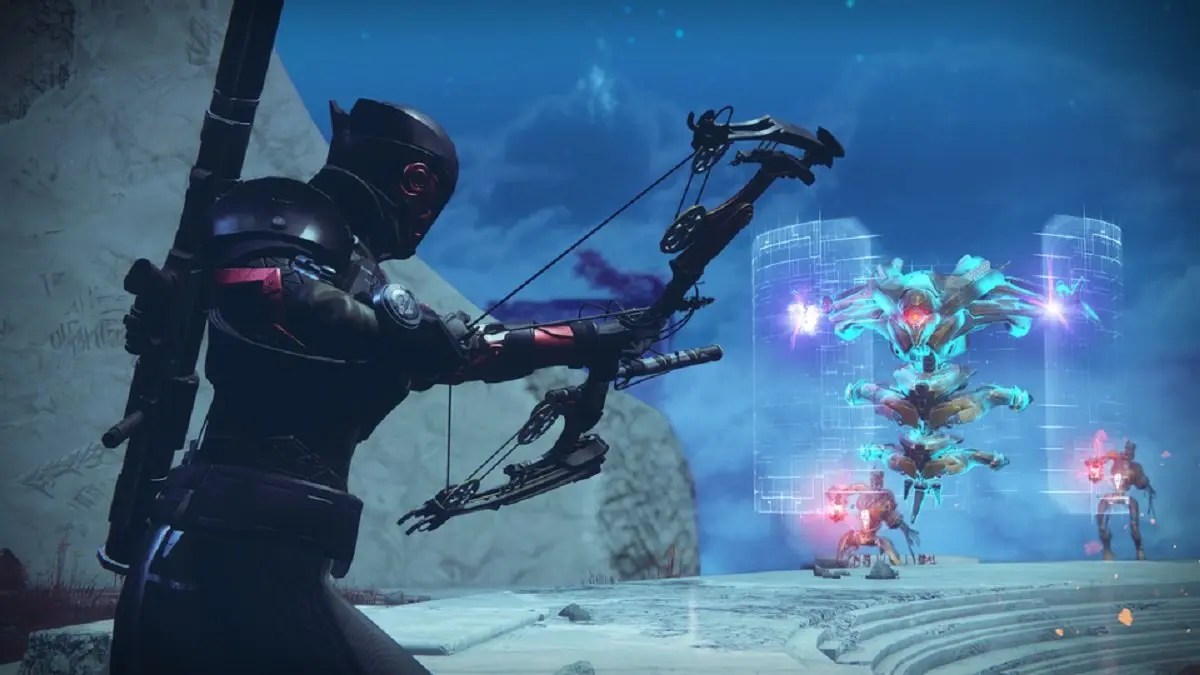 Be warned, this is easily the longest Forge quest in the game, and you’ll have to do it on all your characters if you want full Forge access. So, we’ve rounded up all the quest steps and thrown in some tips to help speed up the process.

How To Unlock The Izanami Forge

You’ll want to head to Nessus to kill some Vex to trigger the start of the mission. Completing a Daily Heroic Adventure would be an excellent place to start, as you’re looking for the Vex Transponder to drop. You’ll need to kill 100 Vex to charge the Vex Transponder, so roam around the Lost Sectors and get those kills.

Next, you’ll need to complete a Heroic Spire Integration public event, which is where Vex will march towards a spire that you must defend. To trigger the Heroic event, you and your team must stand on the three plates surrounding the Spire for a few moments until the Heroic event begins.

Once you’ve completed these steps, a new mission marker will appear to take you to the Forge’s location. First, you’ll need to clear the area of Vex enemies and hack several Confluxes hidden around the Forge room. A boss will then spawn who is quite the formidable enemy, so make sure you have a good Power weapon equipped.

After beating the boss, you’ll receive the broken Izanami Forge Igniter, so you’ll need to head back to the Tower to speak to Ada-1. She’ll give you a new mission centered around completing Heroic Public Events:

Once you’ve completed these Heroic events, the Igniter will switch from broken to refurbished.

You’ll not need to gather Blended Ether from Fallen precision multi-kills, Condensed Blights from Taken Blights in Lost Sectors on Io, and Radiolarian Vapor from the Investigation on Nessus, near The Cistern.

Two kills in a row or more usually counts as a multi-kill, but I know that the tracker often doesn’t register kills properly, so this step could take a while.

The next step takes you back to the Volundr Forge, where you’ll need to go through the reignition process again. Once you’ve successfully reignited it, head back to Ada-1 with the now repaired Izanami igniter.

Once you’ve spoken with Ada-1, head back to Nessus to participate in a special version of the Insight Terminus Strike. The recommended Power level is 630, and things are definitely about to ramp up. Unfortunately, there’s no matchmaking for this Strike, so team up or make peace with your gods if you’re going alone.

If your team is wiped out on the Strike, you’ll be kicked to orbit, and you’ll need to start from the beginning again.

Some players have completed the Strike solo at around 635/ 640 power, so it is doable, but it’s always more fun to play with friends. Gotta get those Clan Engrams!

How To Reignite The Izanami Forge

After the Strike, it’s time to visit the Izanami Forge. Reigniting the Forge follows the same process as the previous two, so keep your eye out for drones on the smaller island and shoot them down to spawn the chest with the Butterfly key for the Mysterious Box.

Finally, you can complete the actual Izanami Forge mission, talk to Ada-1, and claim your weapon frame. I’ll bet you can’t wait to do that again on another character!

Are you looking for more? Take a look at the new Exotic and Pinnacle weapons available in Black Armory. If you’re just getting started in Destiny 2, check out our ultimate Destiny 2: A forsaken guide for more tips, tricks, and walkthroughs.