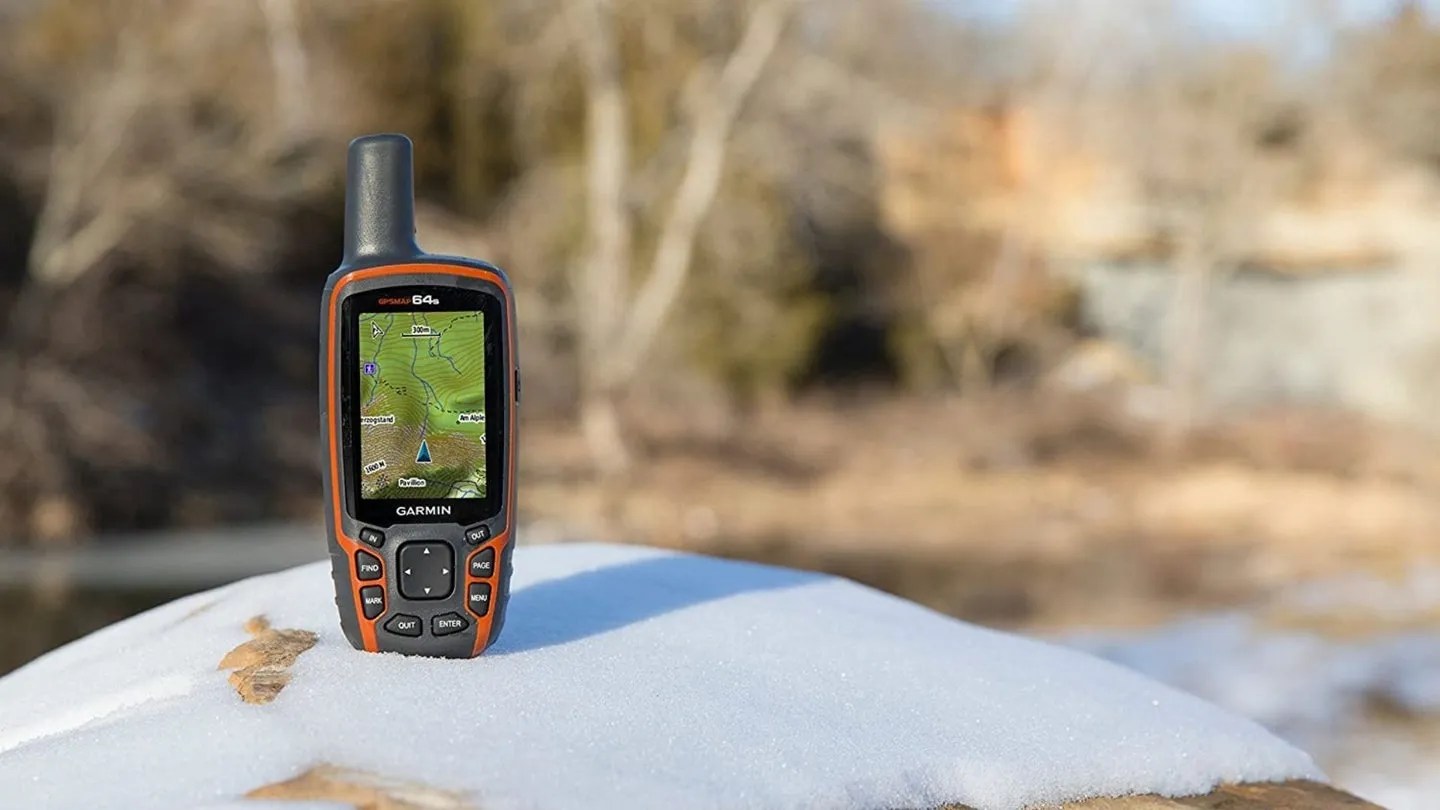 Looking for the best handheld GPS device to keep you on the right path when hiking or venturing into the wilderness? Our guide will help you choose the right one for your needs and at the best price.

Besides providing you with a way to keep track of your whereabouts in the wilderness, GPS trackers provide you with plenty of ways to get in touch with the outside world in emergencies. Including providing you with an SOS beacon and NOAA weather alerts to keep you one step ahead of mother nature.

When you’re out in the wider world, It’s very unlikely you’ll be able to rely on cellular coverage to download maps, and phones are rarely built to prioritize ruggedness. A device that uses satellite positioning with built-in maps is the solution in remote places. 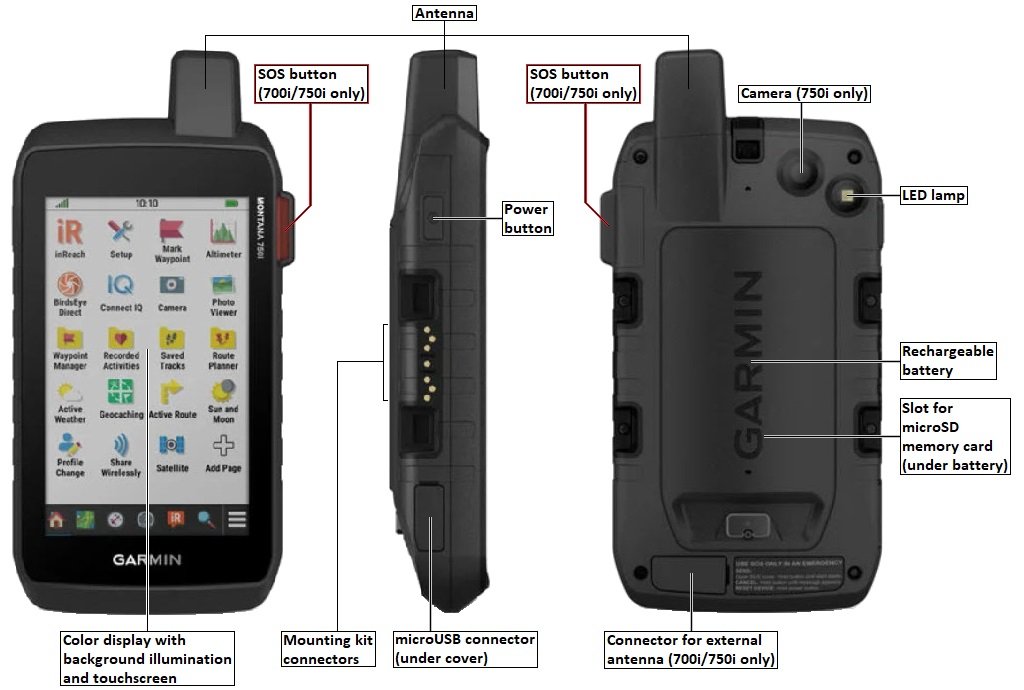 The Garmin Montana series is premium and priced accordingly, but it is also as feature-packed as we could imagine. We’re only talking about the two versions with an ‘i’ at the end of their names; these feature the inReach messaging system, which can send text messages (or hail SOS) as simply as on a smartphone. (inReach is a Garmin service that uses the Iridium® satellite phone network and requires a subscription). 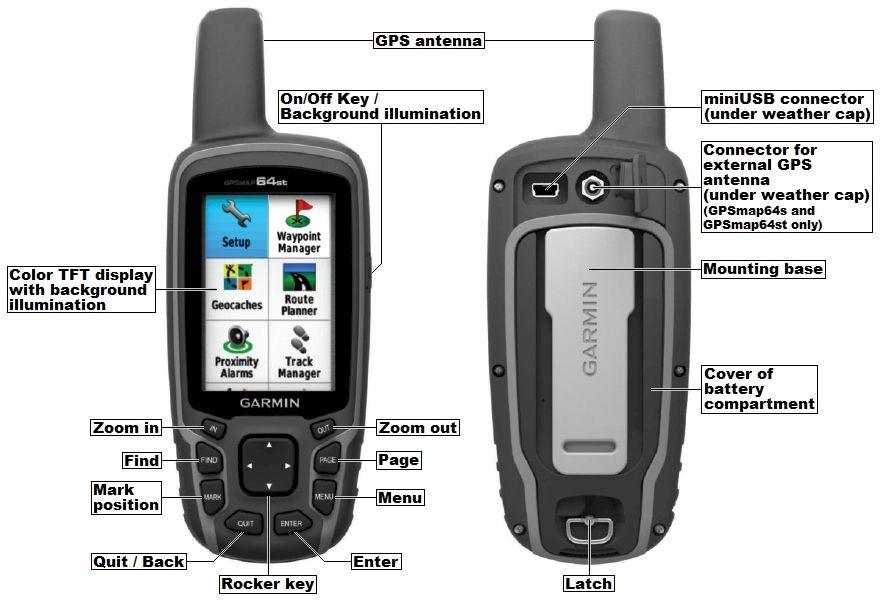 Garmin’s 64st is a top-notch, rugged and full-featured handheld GPS that excels in all the right places. The 2.6-inch color screen is very fluid when zooming in and out, which makes navigating directions easy and painless. The notable helix antenna features both GPS and GLONASS technology and allows for an additional signal boost in difficult environments. The 64st can find your position quickly and maintain your signal even in heavy cover or deep canyons. With 16 hours of battery life, there’s enough juice to power through an entire day’s worth of traveling with room to spare.

The 64st features 250,000 pre-loaded caching and 100,000 topographical maps, plus a one-year subscription to BirdsEye satellite imagery when it comes to navigation. Adding additional maps is easy, thanks to 8GB of onboard memory, allowing for even more topographical and detailed navigation information. Additionally, the Garmin features a three-axis tilt-compensated electronic compass. 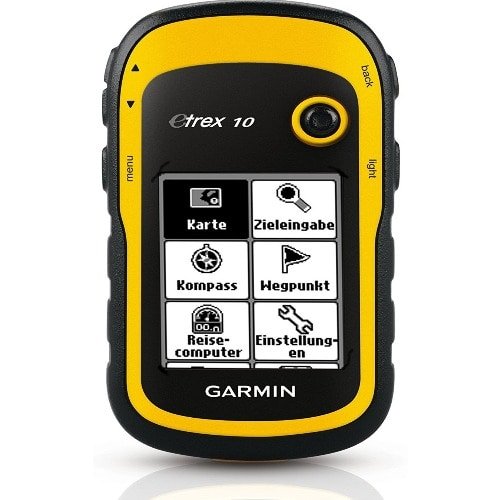 If all you need from a GPS device is to know exactly where you are compared to where you’d hoped to be, the eTrex 10 is a valuable and rugged device that will leave a significantly smaller hole in the wallet than many others. It is nevertheless accurate, thanks to its use of GLONASS and WASS (in the US) and Garmin’s ‘HotFix’ tech, which aims to speed up getting a location by remembering roughly where you are. The device can be connected to Mac or PC via a USB cable (the socket is weather shielded) and geocaches downloaded from it (the memory of 2000 is more than adequate). The mono screen is easily read in the sun and the menu intuitive, with modes for recreation, geocaching, automotive, marine and fitness. 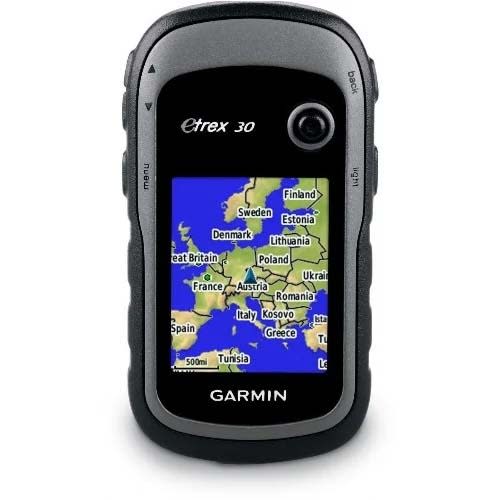 The Garmin eTrex 30x is a standout handheld GPS entry with a 2.2-inch, 240 x 320-pixel display (sure, it isn’t notably large, but it fares very well in direct sunlight). Included with the eTrex 30x is a built-in basemap with shaded relief, plus an additional 3.7GB of onboard memory and an expandable memory microSD slot for added maps. To make navigating and location-identifying easier, the eTrex 30x supports a built-in three-axis tilt that works as an electronic compass and barometric altimeter to track changes in pressure and pinpoint precise altitude. The GPS receiver and HotFix satellite prediction help maintain a signal even if you’re in heavy cover or deep canyons.

As one of the first consumer-grade handheld GPS trackers that operate on both GPS and GLONASS satellites, the eTrex 30x identifies or “locks on” to your location approximately 20 percent faster than just standard GPS. 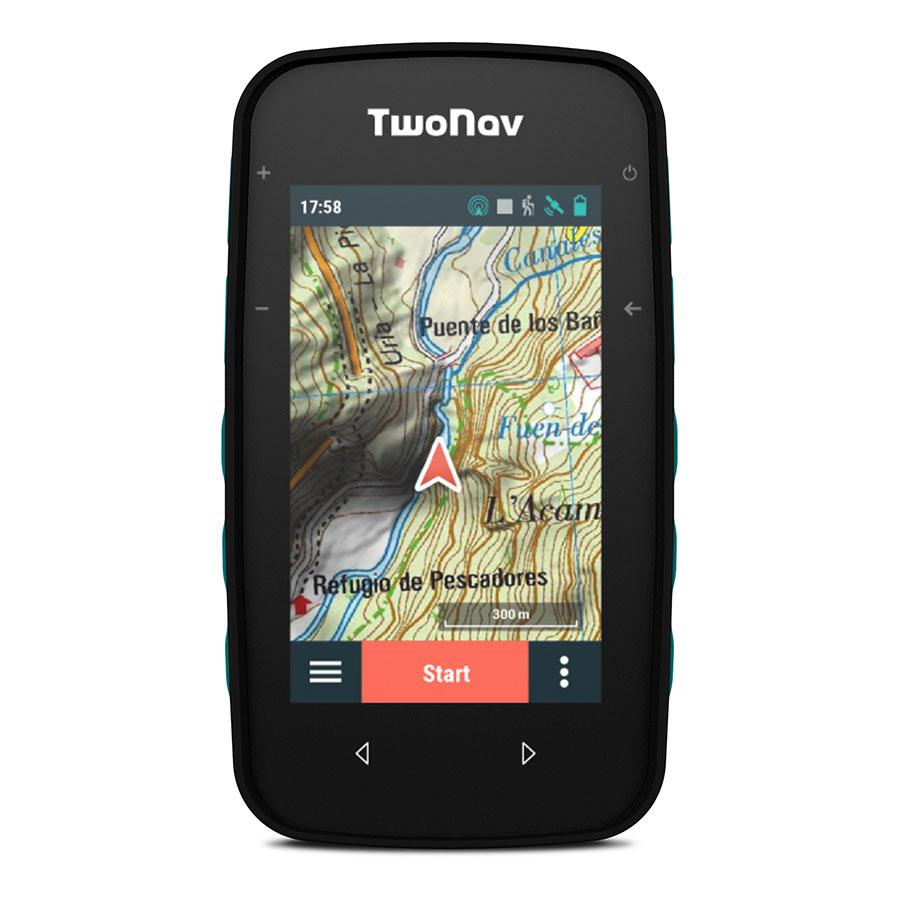 The TwoNav Cross is compact and handy for hiking and cycling. The touch screen is enhanced with buttons on either side beneath a rubber seal available in a choice of colors. It is an excellent choice for those in the UK. The service offers downloads of Ordnance Survey maps (there is even an OS-branded version of their larger Adventura 2 model) and can display them with simulated 3D topography. It supports the SeeMe location broadcasting service when linked to your phone. SeeMe (the price fluctuates outside the Eurozone) can also transmit distance, altitude, heart rate and more via email or emergency calls. The device includes three years of service with SeeMe and the Go cloud, which can analyze your routes, and a qwerty keyboard on screen when naming new routes. 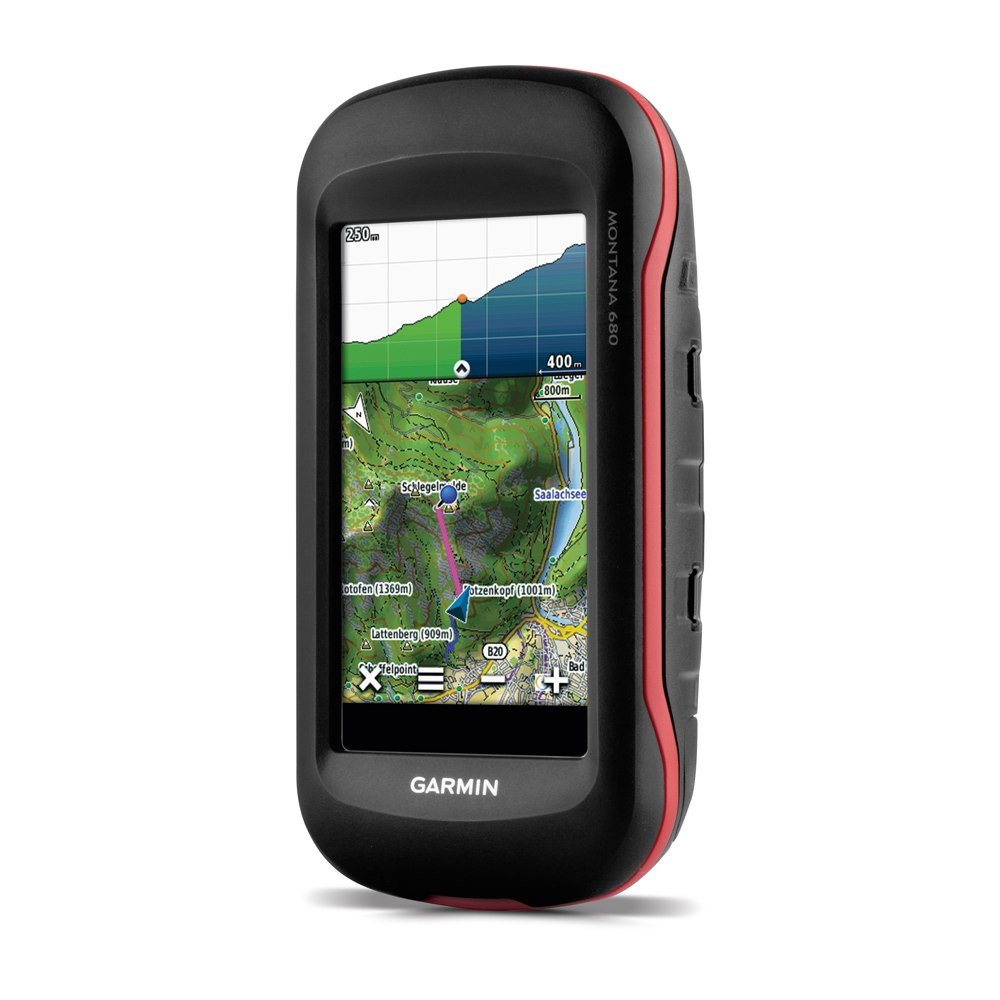 If it’s bells and whistles you want, the Garmin Montana 680 is the best way to spend your money on a handheld GPS built for all kinds of activity. Capable of picking up both GPS and GLONASS networks, Montana offers some of the best reception available on today’s handheld GPS devices. At 10.2-ounces, it’s slightly heavier than most of its competition, but with a sizeable four-inch dual-orientation and glove-friendly touchscreen display, it offers an extensive view of the world around you. There’s just one button on the side for power, while the rest of the functionality is handled on the screen (although it lacks multi-touch, which means operating the display requires just one finger). 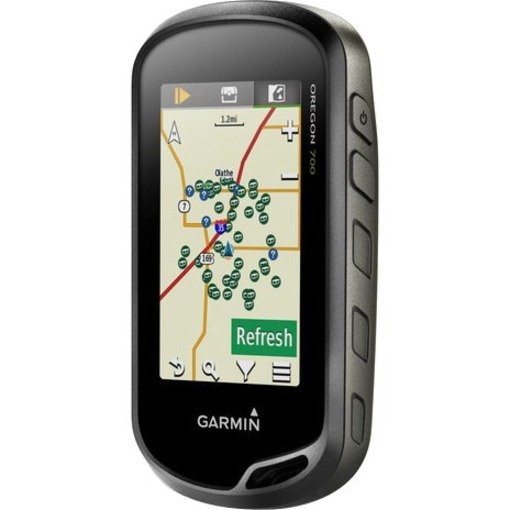 A more modern device than those in Garmin’s eTrex series, this is built around a small touch screen and the idea that you’ll probably have your phone with you in your bag, and certainly that the most ‘natural’ way to interface with a feature-rich device is via icons and swipes like a smartphone. Indeed many will appreciate this until the rain takes over. Garmin’s connectivity features are too many to list, but among them are a camera remote (get that selfie from a better angle) and weather. There is ample storage for map tiles and satellite squares, and, of course, these can be quickly transferred from your phone and a ‘real’ computer; Geocache Live fans will also appreciate sharing their experiences faster. 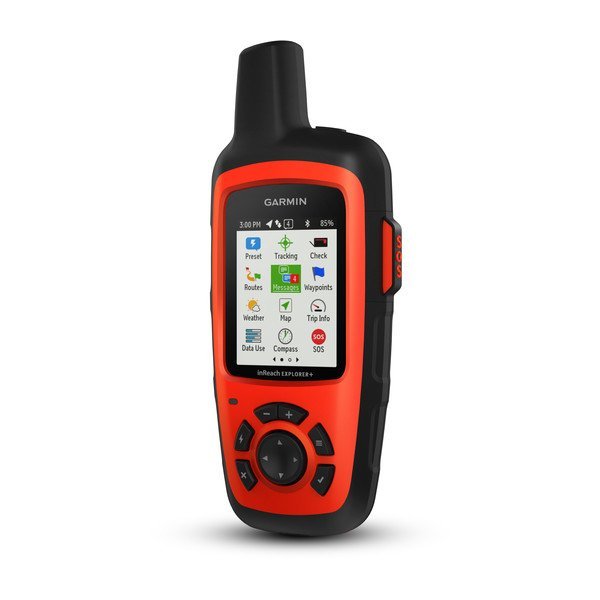 The Garmin inReach Explorer+ and its 100 hours of battery life make for an exceptional handheld GPS tracker. Unlike other traditional GPS units, the Explorer+ offers many features beyond typical GPS navigation, including two-way satellite messaging and SOS tracking capabilities that connect to a search and rescue center. Additionally, the Explorer+ acts as a GPS tracker and offers 10-minute to four-hour intervals for location transmission. If there’s one limiting factor to this unit, it’s the display, which at 1.8-inches is relatively small for today’s GPS. But, it’s worth overlooking for the longest-running battery life on this list.