Samsung Galaxy Note 8 Vs Note 10 And Note 10+: Everything You Need to Know 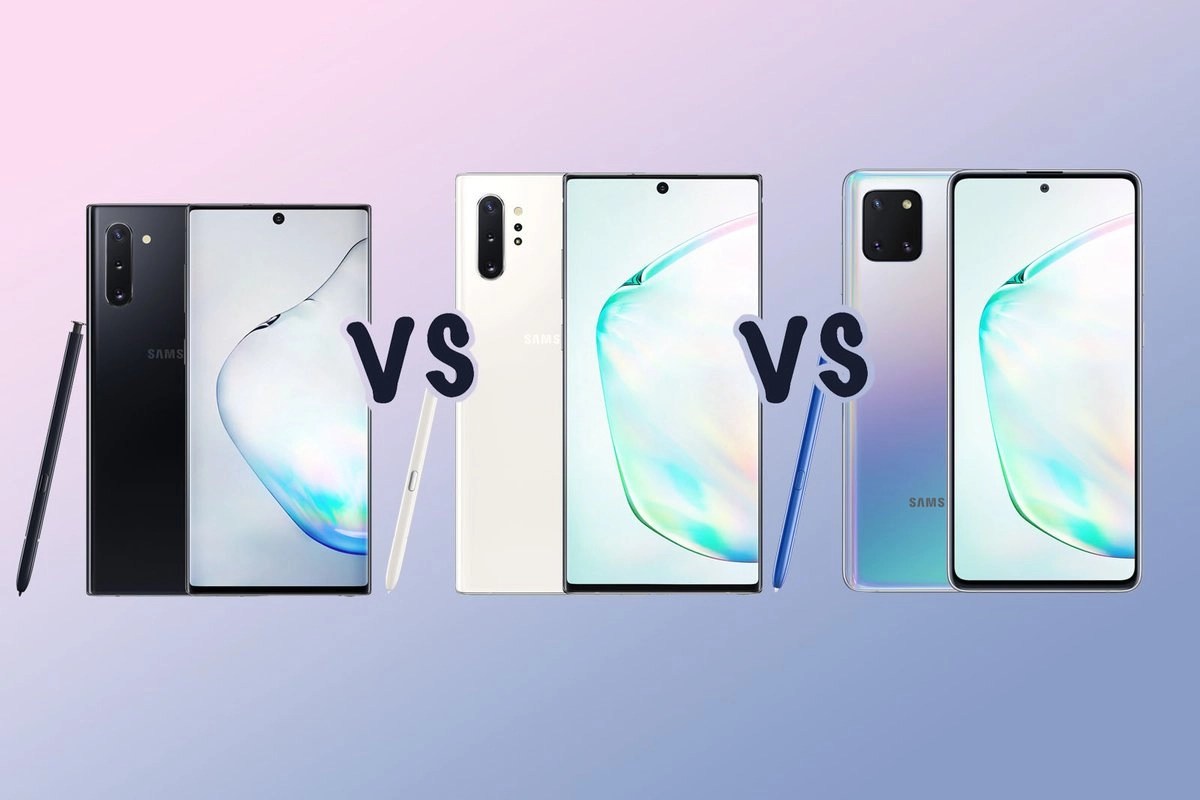 In this article, we will be comparing the Galaxy Note 8 vs Galaxy Note 10 and Galaxy Note 10+. There have been recent reviews and comparisons. They are similar but not quite exactly the same.

Here, we take a closer look based on their specifications.

Expandable storage is another thing to consider.

The last thing worth mentioning is the punch-hole display. Although it allows for a higher screen-to-body ratio, some do not fancy it, this is because the camera hole can be intrusive when watching videos.

Don’t miss: Here’s How To Turn Off Safe Mode On Android

Just like with a notch, you do get used to it, but if you don’t want to give it a chance, the Note 8 with its thicker bezels is the better choice for you.

Both Note 10 and Note 10+ have a vertically positioned rear camera system in the top left corner, while Note 8 has a horizontally aligned rear camera in the center of the back at the top.

Neither Note 10 device has a physical fingerprint sensor like the Note 8 either, switching to an ultrasonic under-display sensor instead for a streamlined design on the rear.

In terms of size, Note 10+ is the device closest in size to the previous Note handsets. The Note 10 meanwhile, offers the S Pen functionality in a smaller footprint closer to that of the Galaxy S10 – so it’s the most different of all the devices.

Also read: How To Take Screenshots On Samsung Phones

Despite being two years old and offering less power as well as features than the Note 10 phones, there are still a few reasons why you should stick with the Note 8.

The first thing you have to figure out is exactly what you want from a phone. If Note 8 still offers everything you need and you don’t care about the better cameras of Note 10 and all its other extra bells and whistles, there’s no real reason to upgrade. Overall, the Note 8 is still a great phone.

The reason it sports a higher screen-to-body ratio is thanks to its punch-hole selfie camera and thinner bezels. If you do a lot of gaming, watch loads on videos, and are constantly surfing the web, a bigger screen is always better.

But in case you want something smaller, Note 10 is the one for you. It’s not a small phone by any measure, but it is smaller than the Note 8 despite having the same screen size. It’s also 27g lighter. The screen-to-body ratio is more or less the same as the one of the Plus model.

The Samsung Galaxy Note 10 devices run on the Qualcomm Snapdragon 855 chipset or the Exynos 9825, region dependant. The Note 10 has 8GB of RAM, 256GB of storage and it offers no microSD support for storage expansion. The Note 10+ meanwhile, has 12GB of RAM and it comes in 256GB of 512GB storage options, both of which have microSD support.

Then there’s the headphone jack, which is still a deal-breaker for many. The Note 8 has it, while the Note 10 series does not.

So if you aren’t ready to make the switch to wireless headphones and hate the idea of using a dongle to plug your wired headphones into the phone, you’re better off sticking with the Note 8.

Also read: How And When To Clear Cache On Android

Samsung has improved its camera tech since the Note 8, which sports two rear sensors. The Galaxy Note 10 phones both feature standard, wide, and telephoto lenses at the back, giving you plenty of versatility when taking pictures.

The Galaxy Note 10 Plus comes with an additional VGA camera, which is specifically designed to detect depth.

The camera alone is a good enough reason to upgrade to the Note 10.

One of the cameras on the Note 10 phones can switch between two apertures — f/1.5 and f/2.4 — to capture better images at night. The camera setup also has a bunch of other cool features including Live-Focus Video for adding effects like live bokeh or color pop in real-time and AR Doodle that lets you draw on a subject and have it reflect in 3D space.

Don’t miss: What Is USB Debugging Mode For Android And How To Enable It?

It’s the S Pen that sets the Note apart from the Galaxy S range. The Note 10 has the most advanced S Pen offering Bluetooth connectivity to the phone and a six-axis motion controller – so you can not only use the button on the S Pen for remote control of your phone, you can use Air Gestures too. That will let you swipe through camera modes or spiral to zoom for example.

The Galaxy Note 8 is no slouch, despite being two years old. It’s powered by the Snapdragon 835 (or Exynos 8895 chipset outside the U.S.) has 6GB of RAM, and comes with 64GB of base storage. However, the Note 10 phones have it resoundingly beat in all three areas.

The Note 10 and Note 10 Plus are powered by the Snapdragon 855 or Exynos 9825, which are faster and more power-efficient than the chipsets in the Samsung Galaxy Note 8. The Note 10 also packs 8GB, while the Plus model has 12GB on board. This may be an overkill, but it does make the device future-proof.

There’s also more base storage at 256GB and it has UFS 3.0 storage, which offers higher speeds than the Note 8’s UFS 2.1 storage. All these things combined mean that you’ll be able to get things done faster on the Note 10 phones versus the Note 8. The difference isn’t night and day, but it’s noticeable.

The Samsung Galaxy Note 10 has a 3500mAh battery; the Note 10+ is 4300mAh. Bigger is better when it comes to batteries and we suspect the Note 10+ will be the longest lasting of the lot.

In reality, the Note 9 battery can last you through a weekend in light use, but the Note 8 can’t – and that’s where this older device really shows its limitation compared to the newer phones.

With this highlighted differences we hope you get to overcome indecision and pick your desired specification according to your budget.