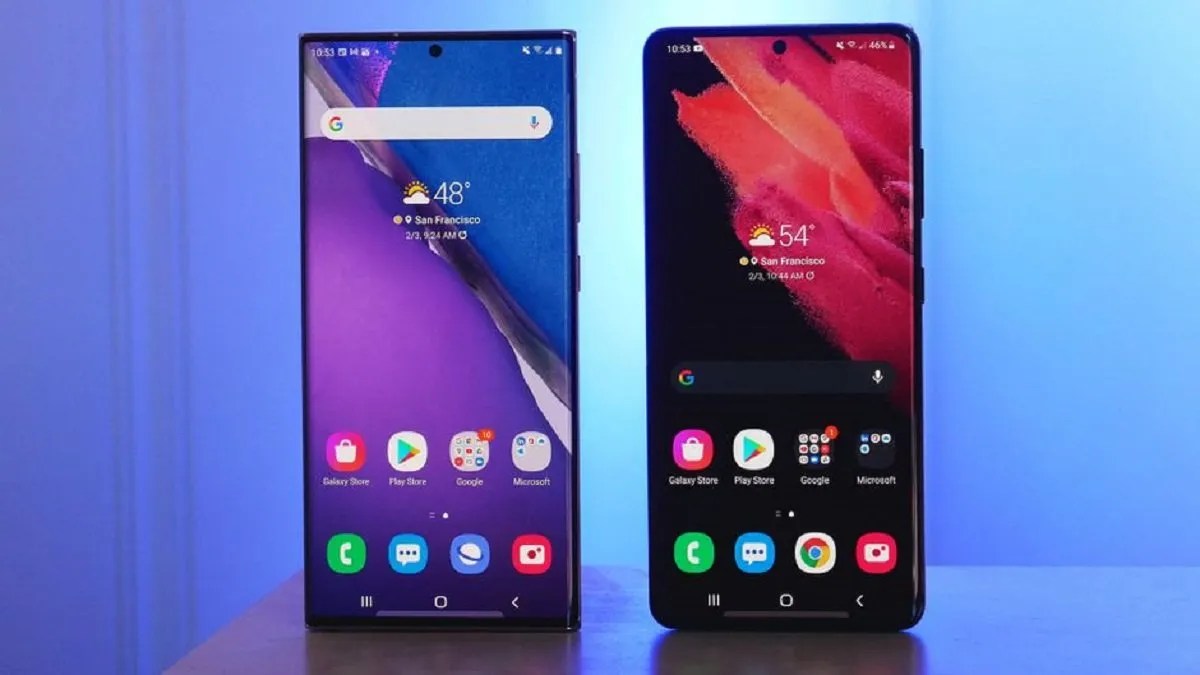 Samsung has a way of outdoing its previous performances. This is their way of keeping up with trends. There are differences between these two devices, from their prices to their performance and unique features.

We have established this comparison to point out the differences. You can use this to decide which is better for you or simply for common knowledge. 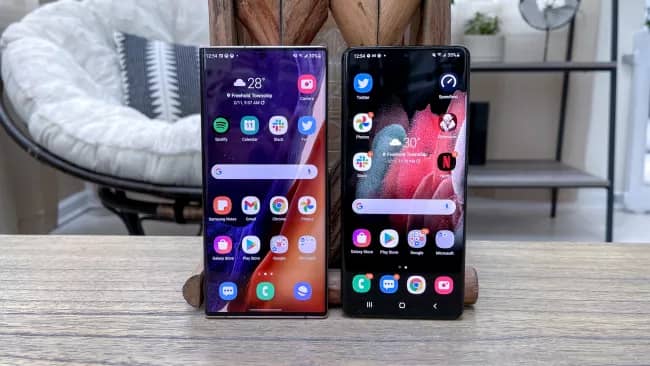 However, there are several discounts you can find for the 20 Ultra device. These discounts can surmount up to the last price of $1,049, which is a $250 discount.

On the other hand, Galaxy Note 20 Ultra has only two storage options. The 512GB version rises to $1,449, but it seems out of stock at most retailers and carriers.

Don’t miss: Ring vs Blink: Which Smart Security Camera System Is The Best 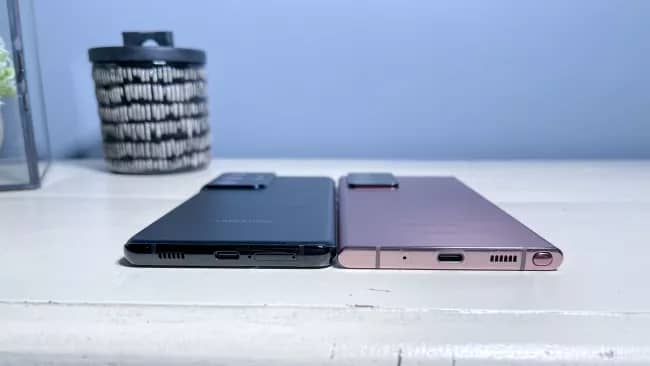 In terms of design, preferences might shift and wane. The Note 20 Ultra is slimmer, lighter and comfier in the hands. However, there is a downside of color to the Note 20 Ultra. It comes in only three colors. The three colors are Mystic Bronze, Mystic Black, and Mystic White.

On the other hand, the S21 Ultra has a gentle camera bump that sits better in the back. Samsung crafted its contour design perfectly.

If you want to use an S Pen, the Note 20 Ultra is the unquestionable choice. But, unfortunately, there’s nowhere to put the S Pen on the S21 Ultra unless you opt for a case. And that adds even more bulk to a hefty device. 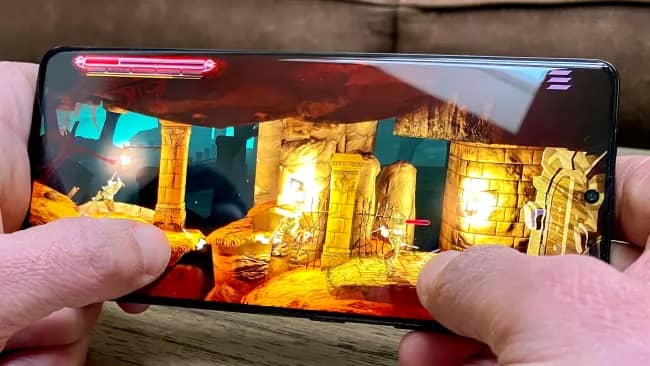 Firstly, on display, we will talk about the screen size. The Note 20 Ultra screen is slightly bigger at 6.9 inches. However, the Galaxy S21 Ultra isn’t far behind at 6.8 inches. Both screens are massive, two-handed affairs.

But the Galaxy S21 Ultra has one enviable upper hand over the Galaxy Note 20 Ultra. It is the first Samsung phone capable of running at a 120Hz refresh rate. Additionally, it also runs at a Quad HD resolution simultaneously. All other versions would make you choose one over the other. It’s soothing to have both in one device.

But the difference between QHD and FHD in smartphone displays isn’t as obvious as you might think. Unless you’re pixel-peeping in Google Photos, watching a native 2K video stream shot, or using mobile VR. That is when you might struggle to perceive a meaningful difference. 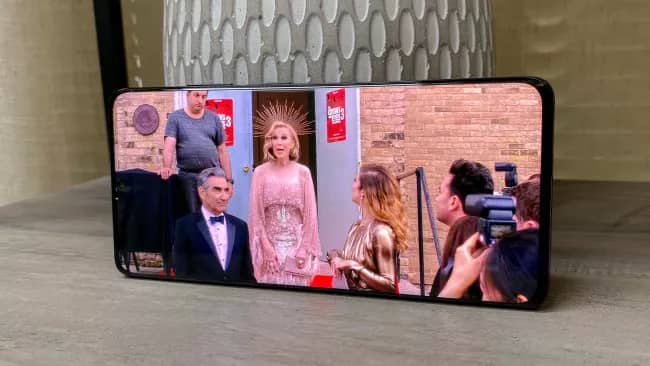 Far more important is the accessibility of 120Hz, which both phones have. The display refreshes at double speed on the iPhone 12 Pro Max with this active. In addition, these Samsung displays can easily scale from 10Hz to 120Hz, depending on what you’re doing on your phone. Thus, conserving battery life when fluid on-screen motion isn’t necessary.

Furthermore, it is the absolute quality of Samsung’s AMOLED display technology. Samsung is the undisputed Zenith at this stuff, with its screens able to output vibrant, natural colors and deep blacks.

While both displays can peak brightness of 1,500 nits, the Galaxy S21 Ultra has been shown to go slightly brighter on average. So it takes home the win in this category, but we’re talking varying degrees of awesomeness here. 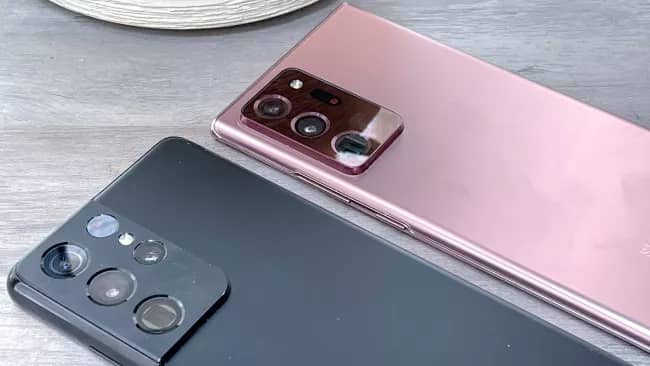 Samsung has upped its camera game significantly in recent years, and that’s most evident in these two phones. They’re multi-eyed monsters.

Both are equipped with ‘standard’ wide-angle cameras with 1/1.33-inch 108MP wide sensors and fast f/1.8 apertures. In both cases, these use 9-in-1 pixel binning techniques to render sharp, well-lit shots in lighting conditions.

Both phones also have identically sized 12MP f/2.2 ultrawide cameras for those 120-degree landscape shots. In addition, they also both implement laser-assisted phase-detection autofocus. This helps them lock onto their subjects better than the problematic Galaxy S20 Ultra.

When we consider the telephoto offerings of these two phones, things start to contrast. The Galaxy S21 Ultra has an extra camera in the shape of a dedicated 10MP f/2.4 70mm telephoto snapper.

The Galaxy S21 Ultra is the camera to turn to if you want (relatively) crisp zoomed-in shots. Neither phone is awash in this department, but the newer phone picks out distant details better. It’ll also lock the viewfinder so that your preview doesn’t lurch around on extreme close-ups.

However, even in regular shooting with those similar 108MP sensors, the Galaxy S21 Ultra has an advantage. It renders generally brighter shots with superior dynamic range. Samsung has also improved its night-time performance, which is an area where Samsung has been lagging behind its closest rivals.

Both phones can shoot 8K video at 24fps, but you’re more likely to use their 4K 60fps modes. The Galaxy S21 Ultra can shoot this across all five cameras, including the selfie cam. The new Director’s View mode helps facilitate this and is a godsend for budding vloggers.

Talking of selfie cameras, the Galaxy S21 Ultra outstrips its older brother with a staggering 40MP sensor, whereas the Galaxy Note 20 Ultra can only muster 10MP. The difference is clear. 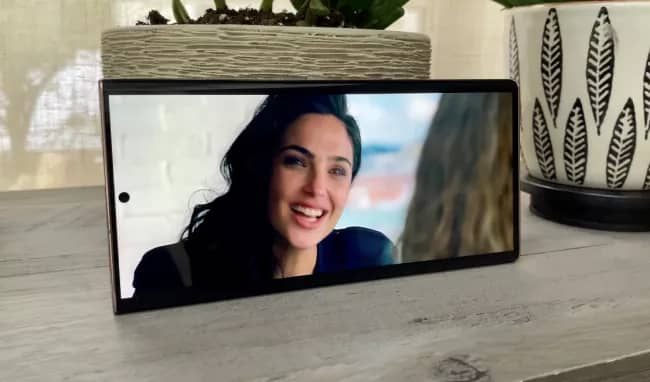 The Samsung Galaxy S21 Ultra utilizes a newer Snapdragon 888 processor. On the other hand, the Note 20 Ultra is powered by a Snapdragon 865 chip. Therefore, it’s not a big surprise that the S21 Ultra offers better performance. But it’s not a substantial gap.

For more light, we ran a test. This test involves transcoding a 4K video clip to 1080p on the Adobe Premiere Rush app. Results showed that the Galaxy S21 Ultra took 1 minute and 2 seconds to complete the task. On the other hand, the Note 20 Ultra needed more time at 1:16.

On Geekbench 5, which measures overall performance, the S21 Ultra scored 3,400 on the multi-core portion of the test. While the Note 20 Ultra scored 3,294.

However, the Galaxy S21 Ultra may be the better option for gamers. It scored considerably higher on the 3DMark Wild Life graphics test. In addition, it notched an average of 33 frames per second, while the Note 20 Ultra mustered only 24.9 fps. 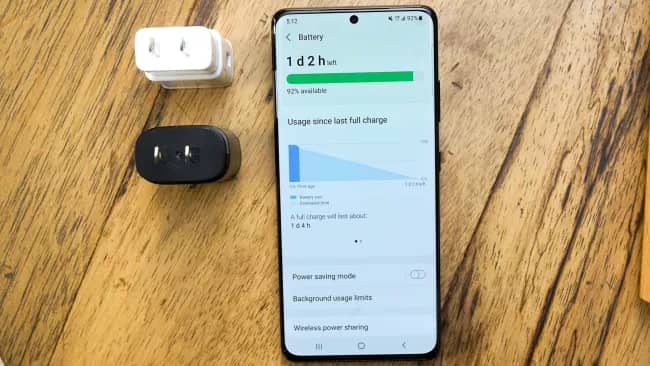 The Galaxy S21 Ultra and the Galaxy Note 20 Ultra will get you through a full day on a charge. Especially if you use the 60Hz display mode on each phone. But the S21 Ultra has longer endurance overall.

The Galaxy S21 Ultra lasted 11 hours and 25 minutes in 60Hz screen mode. That’s good enough to land this device on our best phone battery life list. However, with the display’s adaptive mode on, which goes up to 120Hz, the runtime dropped to a still-good 10:07.

On the other hand, the Galaxy Note 20 Ultra didn’t fare as well in our testing. It lasted 10:26 in 60Hz screen mode and 7:59 with the adaptive mode turned on. That’s a pretty significant drop.

The S21 Ultra and Note 20 Ultra offer fast 25W charging, but only the Note comes with a charger in the box. 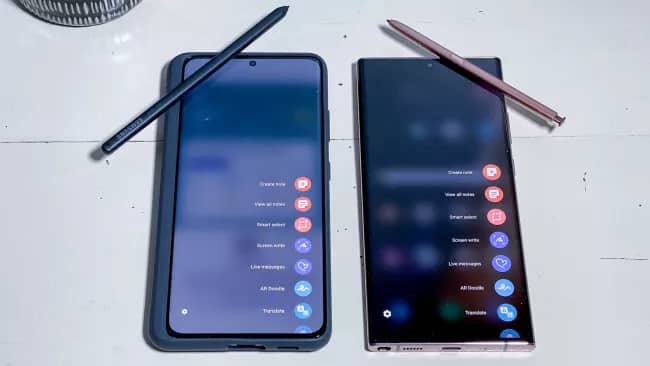 The most remarkable thing about the Galaxy Note 20 Ultra is its S Pen, but now that the Galaxy S21 Ultra supports S Pen input, what’s the biggie?

You have to buy the S Pen separately with the S21 Ultra. A combo case and S Pen costs $69.99. Plus, this case adds load to an already hefty phone, and the S Pen doesn’t support Bluetooth. A separate S Pen Pro will be coming later.

The Galaxy Note 20 Ultra is the phone to get if you want to expand storage, as it offers a microSD card slot. Unfortunately, Samsung got rid of this perk on the S21 Ultra and a bundled charger.

The S21 Ultra does have some welcome special features, such as its more powerful Space Zoom and zoom lock feature. In addition, there’s a handy object eraser feature in the camera software and a Director’s View feature on the S21 Ultra when recording video, which allows you to record using the front and back cameras at the same time. 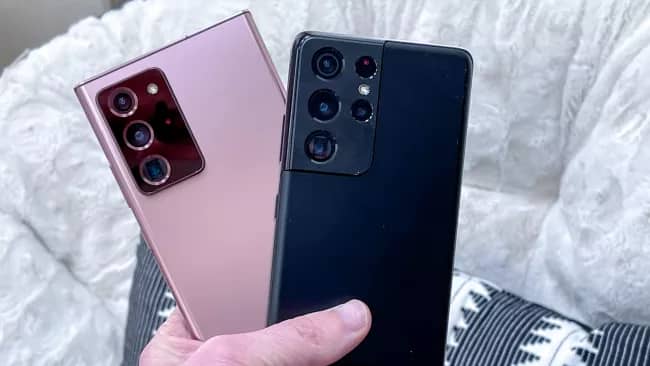 Overall and generally, the S21 Ultra has topped with more features. But this is not to say it is better in all aspects. For some, the S20 would satisfy them to completion. While for others, the S21 would do them justice. It is a case of what entices you more, what you yearn for, and what you desire.