How To Craft And Use A Beacon In Minecraft 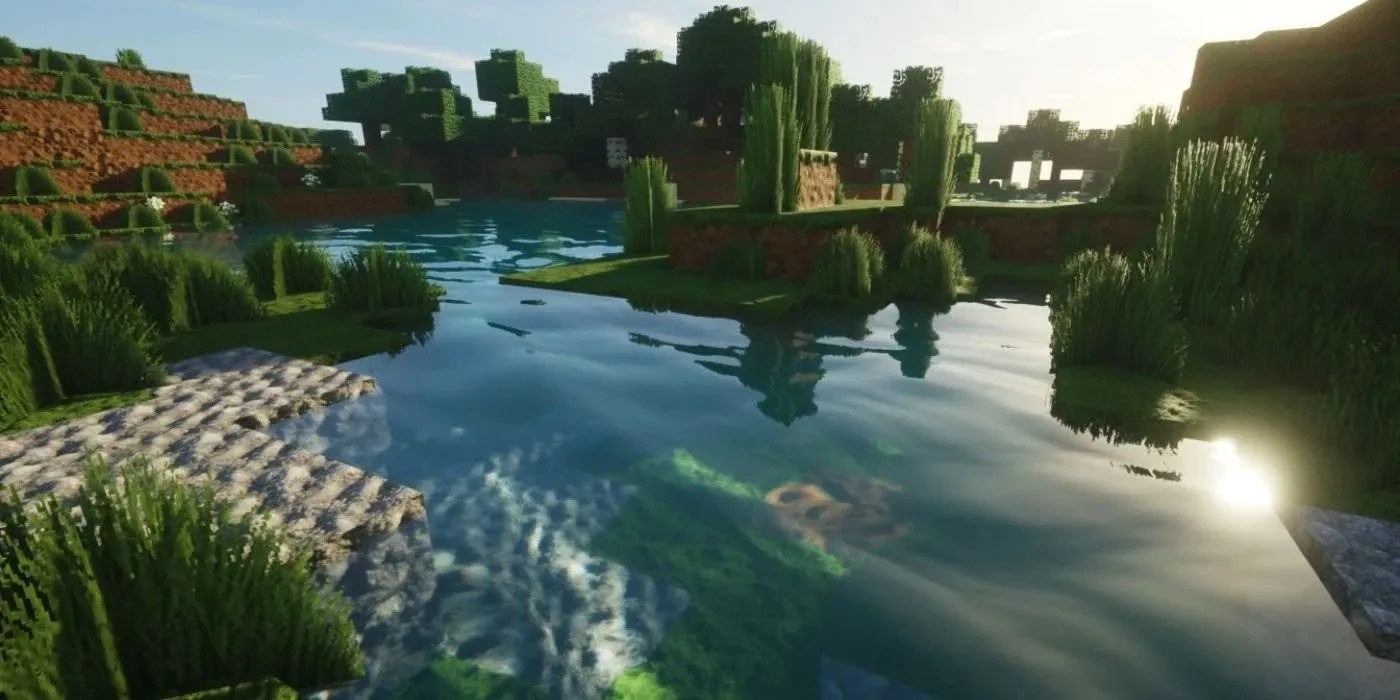 Minecraft is a game of reality and as such, you get to craft a whole lot of materials and instruments. In today’s article, we will be discussing how to craft and use a Beacon in Minecraft.

One of the most difficult crafts is the Beacon. This Beacon can enhance your speed, mining and health status. There’s also the literal beacon of light to enable you to see well if you ever get lost.

Without further ado, let’s proceed to the materials and how you can craft the Beacon

Materials needed to Craft a Beacon

As is in Minecraft, you’ll need to gather some raw materials to be able to craft something.

Firstly, is the simplest material. In reality, sand is used to make glass by heating it to a crazy temperature. You can find sand on an ocean beach or in the desert. You’ll need about five blocks of sand. Then place them in the furnace and light it up with fuel to produce your glass. 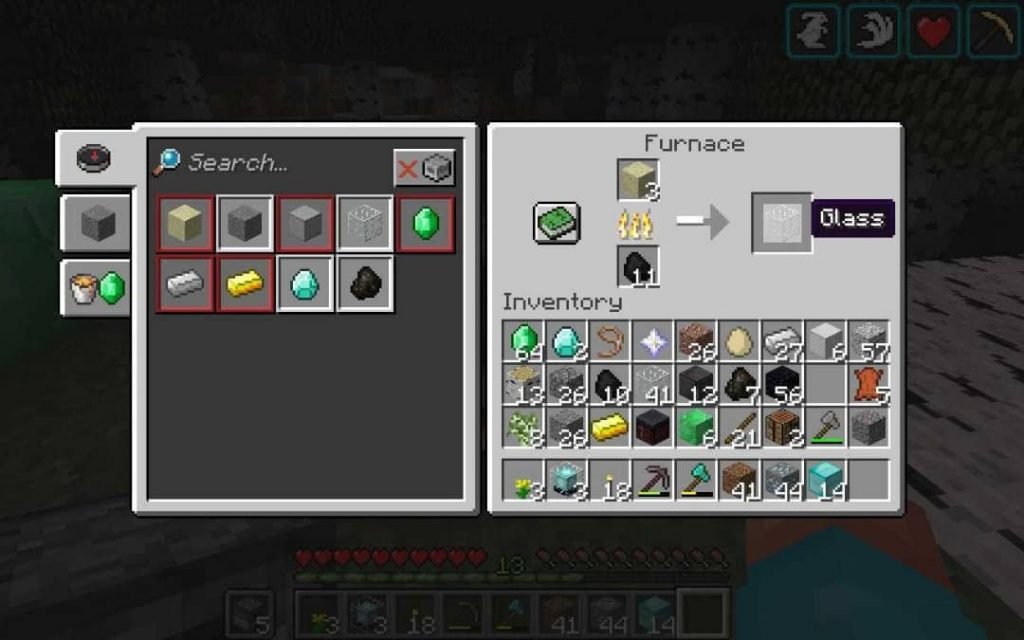 Secondly, you’ll need to mine at least three blocks of obsidian. And unlike other rare ores like diamonds, you can’t trade with villagers to get them.

The best way to find obsidian is to mine it out of the ground. Before you do this, note that you’ll need a diamond or netherite pickaxe. Other tools will just destroy the obsidian and leave you with nothing.

You can also create obsidian yourself by pouring water from a bucket into lava. If you don’t have easy access to lava, dig until you reach layer 11 in the Overworld or layer 31 in the Nether. 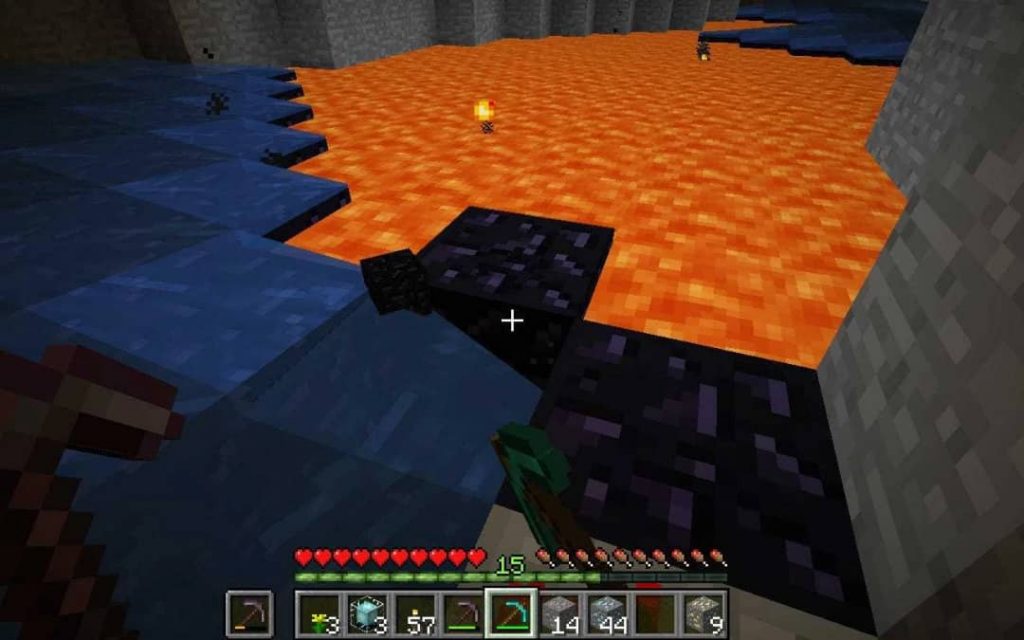 Quick tip: In “Minecraft: Java Edition,” you can see what layer you’re on by tapping F3 and checking your XYZ coordinates. The Y coordinate is your layer.

From there, dig horizontally until you find lava, then pour a bucket of water in. If you find lava and water near each other, you can also mine a path for the two liquids to meet. Just be careful: falling in lava is a quick death sentence in Minecraft.

Finally, is the Nether Star. The Nether Star is a rare item that can only be obtained by killing the most difficult boss in “Minecraft:” The Wither. 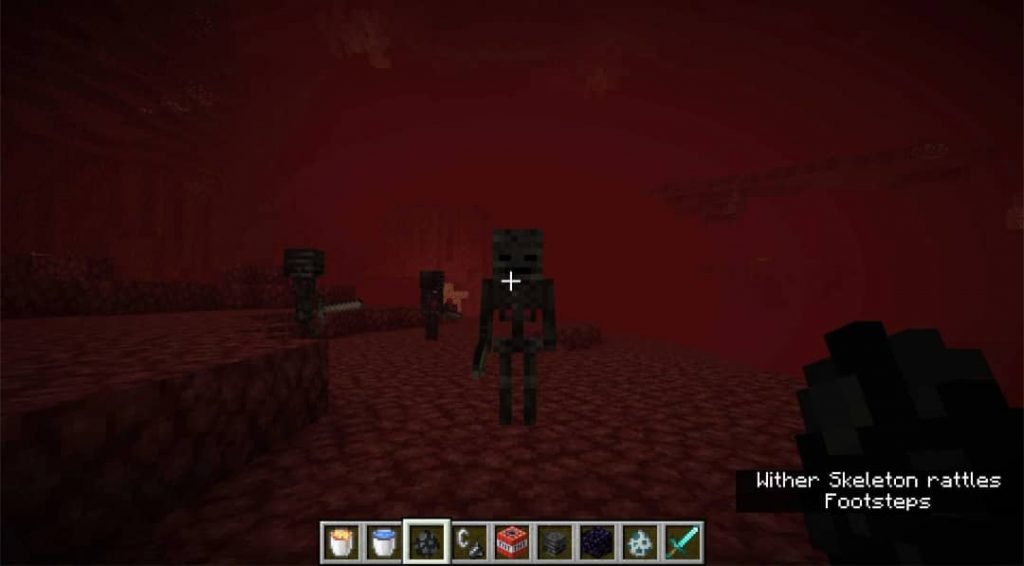 Unlike other enemies in “Minecraft,” you can’t just find the Wither walking around somewhere. You have to make the Wither yourself, using items found in the Nether. The Nether is sort of like “Minecraft’s” version of the underworld – lots of fire, lava, and scary enemies.

Don’t miss: How To Spoof Your Location For Pokemon GO On Android

How to Make a Beacon Glow in Minecraft

Now you’ve crafted your beacon, it’s time to put it to good use. Your Minecraft beacon is a lot more demanding than that, it is made from the remains of the most difficult boss in Minecraft, after all.

A pyramid is required to base your beacon. This is the only way to activate your Minecraft beacon. The pyramid has different levels. To create them you’ll need one of the following:

Whichever you use doesn’t matter. It doesn’t even matter how you place the blocks

Pyramids can also be used for several beacons, but you’ll need a larger pyramid radius consisting of more blocks and resources to accommodate their extraordinary power.

Wondering how you choose your powers? Well, you’ll have to reach certain levels to acquire Minecraft beacon powers, when you reach each level, you’ll be able to select a power in the beacon’s GUI.

To select one of the primary powers you’ll have to feed your beacon either an iron ingot, gold ingot, emerald, or diamond to obtain the status effect. The five primary powers are:

If you reach pyramid level four, you can choose a secondary status effect, either regeneration or increasing the strength of your primary powers. Again, use the beacon GUI to do this.

How to use your ‘Minecraft’ beacon

Once the beacon is activated, you can right-click it to open its menu.In this menu, feed it ingots, diamonds, or emeralds to gain power-ups.The level four pyramid will give you the biggest boosts, but even a small one-level pyramid still gives you access to minor mining and movement speed buffs. 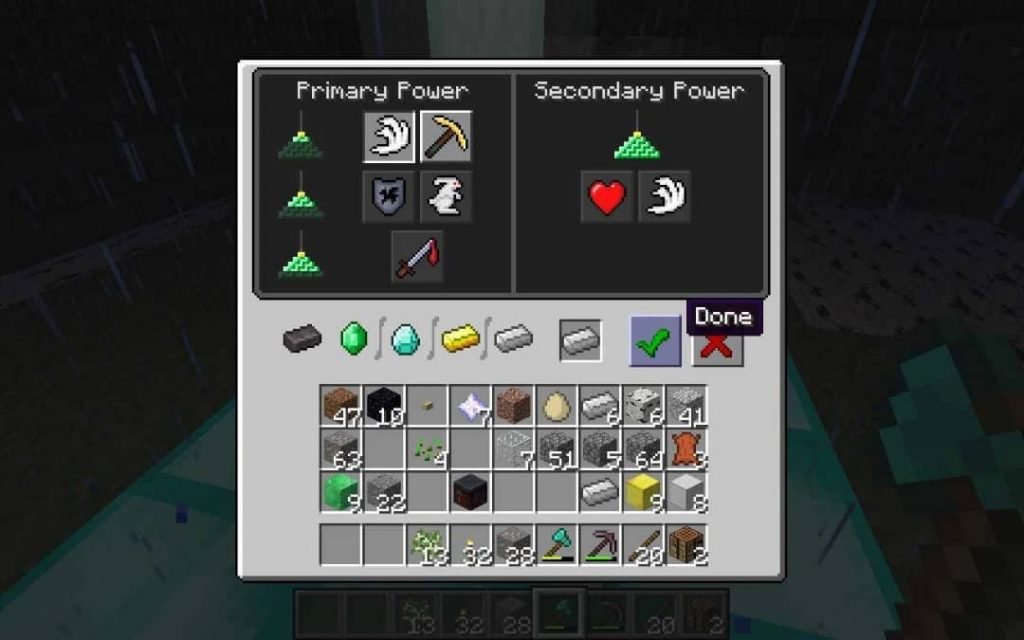 Just note that these buffs don’t work in the entire world. The level one pyramid’s buffs affect everyone in a 20-block radius, the level two pyramid covers a 30-block radius, and so on. Once you leave the coverage area, your buffs will last for about 10 to 15 seconds before fading away.

If you pick a power-up, but later change your mind and want a different one, don’t sweat it. You can always return and modify the status boost given by the beacon. Just note that you’ll need to give up another ingot, diamond, or emerald.

To enable all the power-ups at the same time, you’ll need to craft six different beacons, and either place them on six pyramids, or a modified 1011, 89, 67 and 4×5 level pyramid. 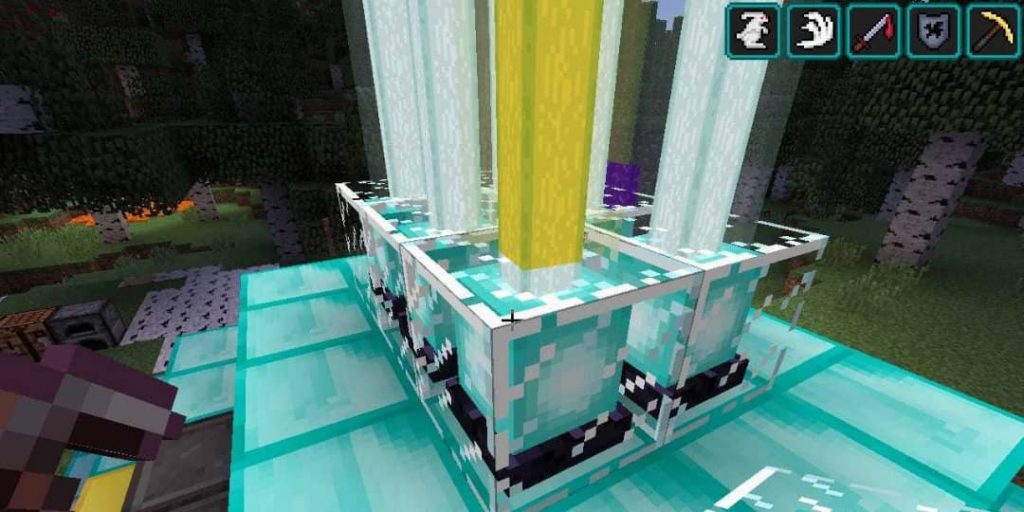 Choose the location of your beacon pyramid wisely, as deconstructing it will be time-consuming.

How to change the beacon’s light color

We talked about the different combinations of materials for your pyramid. The emerald, diamond, gold, iron, or netherite. This gives it its color. 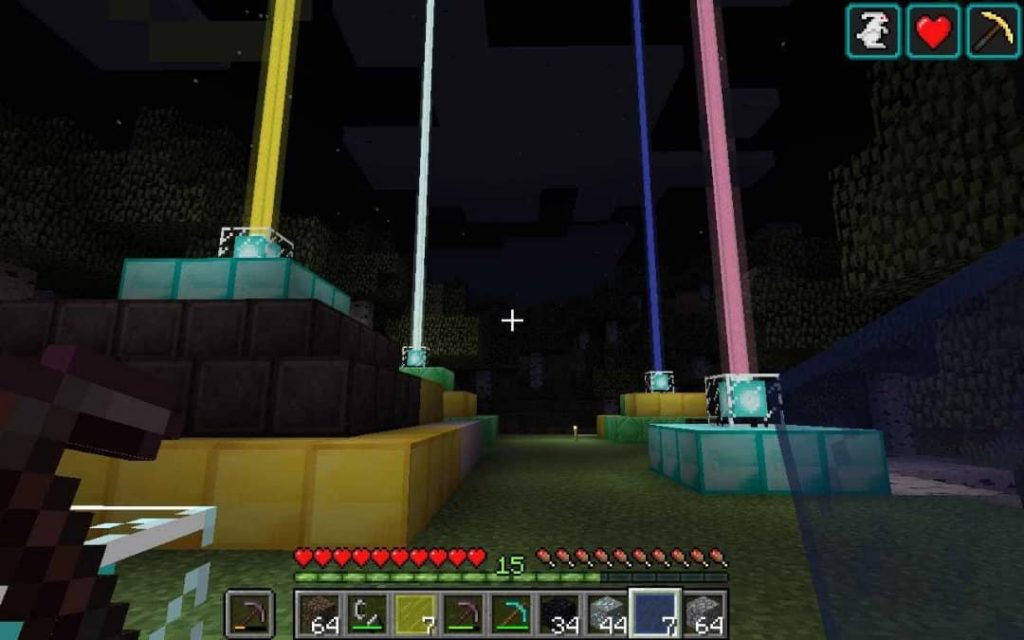 Even cooler, though, is the ability to customize the color of your beacon’s light. To do this, place a stained-glass window on top of the beacon. It’ll tint your light the same color as the glass.

You can make stained glass by filling a 3×3 crafting grid with glass but swapping out the middle piece for whatever color dye you like. 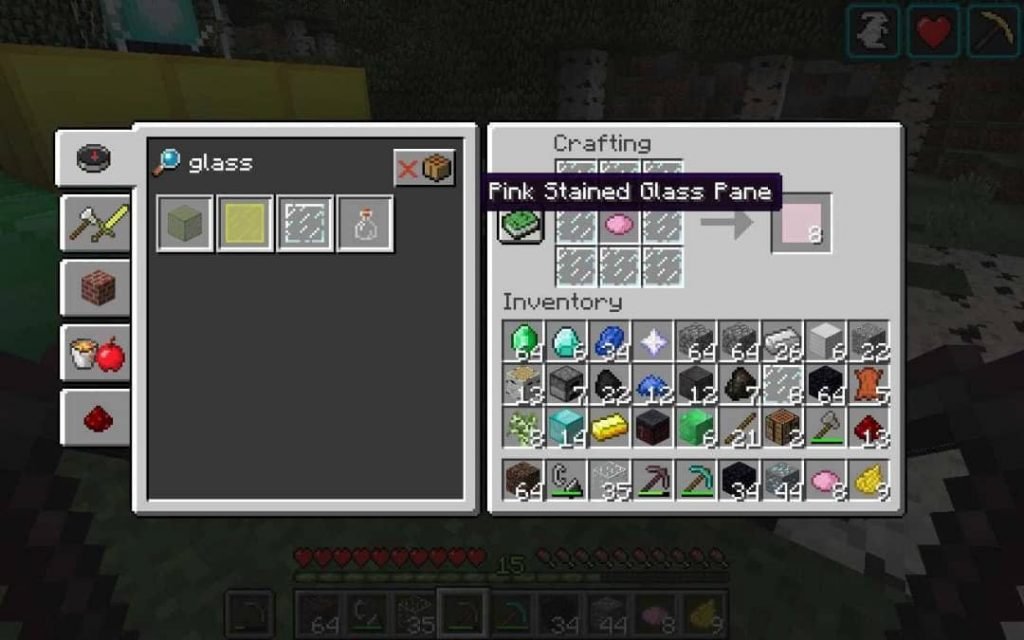