Best Racing Games For PlayStation 4 In 2022 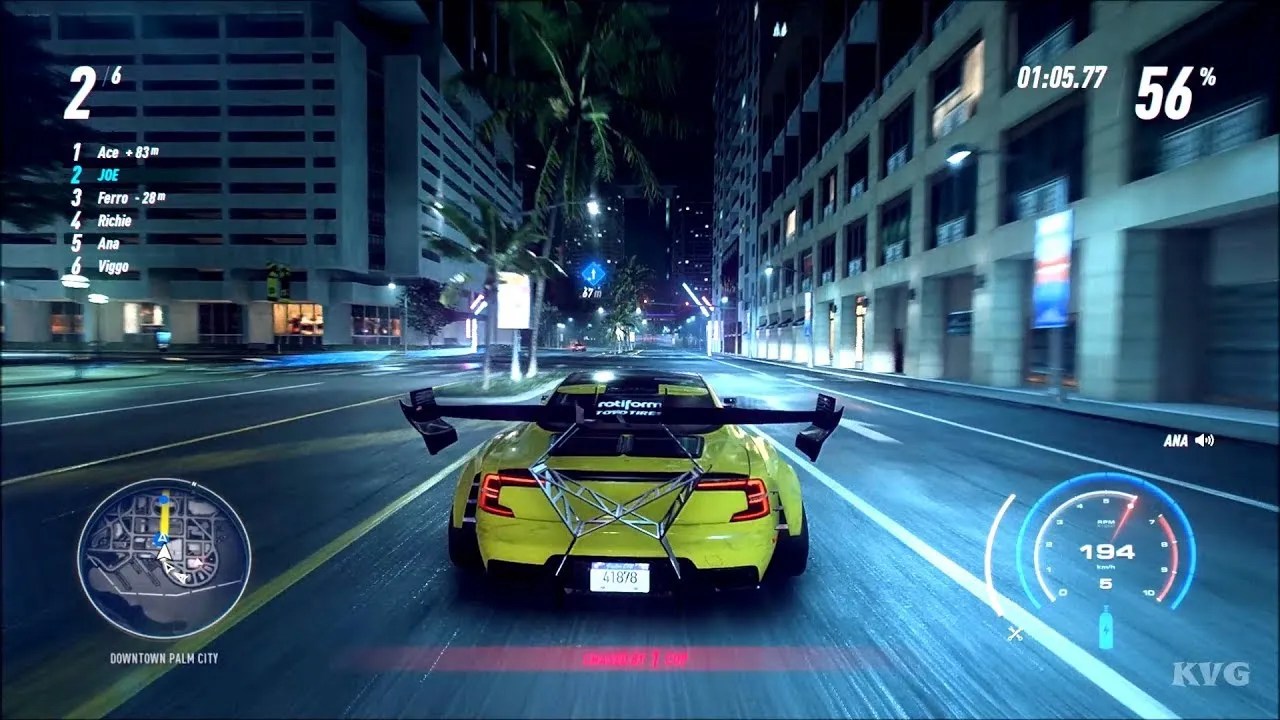 The spree of tires, turbo boosts, and even weaponized vehicles, all in a genre. Racing games do not require a license or permit; all you need is the drive to drive. Sharp corners and slopes, monsters and mayhem all in one. These are just part of the fun of racing games; there’s more to it. This walkthrough will highlight the best racing games for PlayStation 4 in 2022. 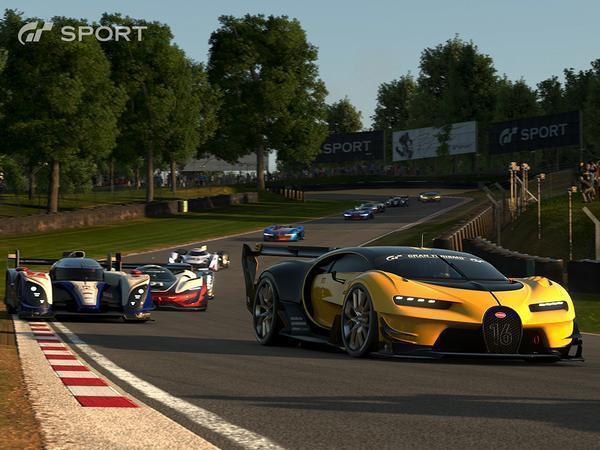 This excellent series is the first on our list that stamped the original PlayStation into the world. With 4K visuals and 60fps, Gran Turismo Sport is astonishing. Furthermore, this increases the feeling of racing in reality.

With over 150 cars to race in 18 different locations, totaling 54 different track layouts, Gran Turismo Sport goes the distance. It is also one of the easiest beginner’s racing sims. The game comes with a huge level of customization and accessibility features to learn the ins and outs of how cars handle, how to break, and how to master the track. As a nice little cherry on top, the game is also PSVR compatible for anyone who wants the absolute highest levels of immersion.

Don’t miss: How To Download And Install OptiFine In Minecraft 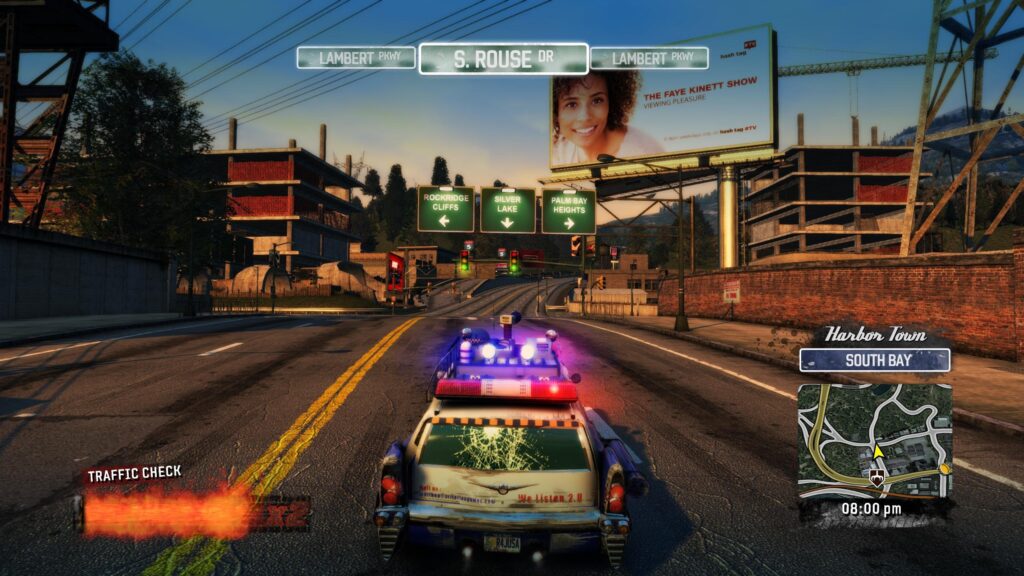 Burnout Paradise Remastered is like an arcade racer coupled with an open-world RPG. In this game, you get to take on challenges, find items and unlock new cars as you level up. It’s excellent on graphics too, running 60fps.

Even non-racing fans can find the pure ecstasy of boosting into an opponent, shunting them into oncoming traffic as time slows down to watch the sparks fly, hood crumple, and tires pop while you drift around a corner at 120 mph.

Arcade racing games are one of the best ways to relish the genre. However, this is without the greater struggle that some titles bring. Drive Club is an older PlayStation release that still provides twists and turns as you race through each course. There are plenty of races to learn. All over the world and various types of races ensure that you never get bored.

While the graphics are still attractive and fantastic, the various changes to gameplay make the game shine. Each car moves more or less the same, making the gameplay easy to pick up even if you aren’t usually a fan of racers. You can play through challenges, race against your ghost in time trials, and use photo mode to snag images while you are midrace. A vast online mode also delivers tons of challenges and great races against other players that you won’t get anywhere else. 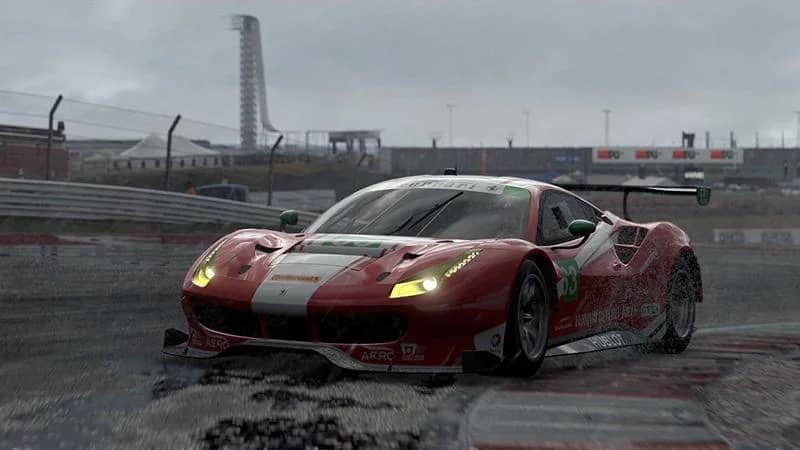 Project Cars 2 is famous for bringing an experience that steers away from the arcade and accentuates a realistic experience. You can play using a controller or wheel, and in both cases, the control of every car is better than it was in the first game. Your wheels grip the road beautifully, and the steering is responsive and accurate. The graphical updates aren’t something to scoff at either. Project Cars 2 uses a dynamic weather system that shows off wet rainstorms and sunny days alike, with only an occasion stutter to bring you out of the trance.

Career mode has gotten a boost too. There are new selections and more freedom than before, making the game more accessible for novice players learning the ropes. You’ll still need to play through the minor leagues to unlock the best racing tiers, but now the option to skip some races has popped up. Even an online mode lets you race against other players rather than sticking to gaming by yourself. 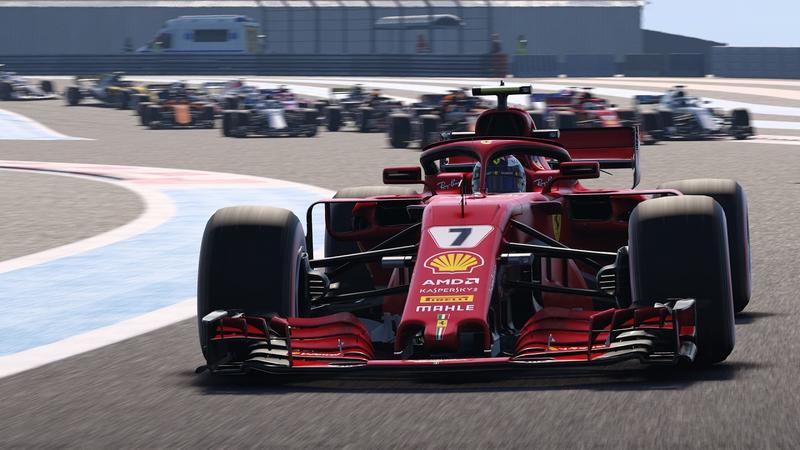 Formula One racing has gotten another significant console update with F1 Racing 2018, delivering 21 circuits and four short courses for you to race through on PlayStation 4. With a dozen different cars, it’s easy to find the vehicle that works for your play style. The graphics have gotten another brilliant update across the board, making everything in the game look better than ever. You get to reenact all you see on TV.

Also read: How to make an End Portal in ‘Minecraft’

The most intriguing change is the 10-season campaign mode. The contract negotiation system provides some serious perks on the track when you meet team goals and let you renegotiate the contract for your driver each season. Post-race interviews also play a part in all of this since they improve morale, making future races easier to roll through. 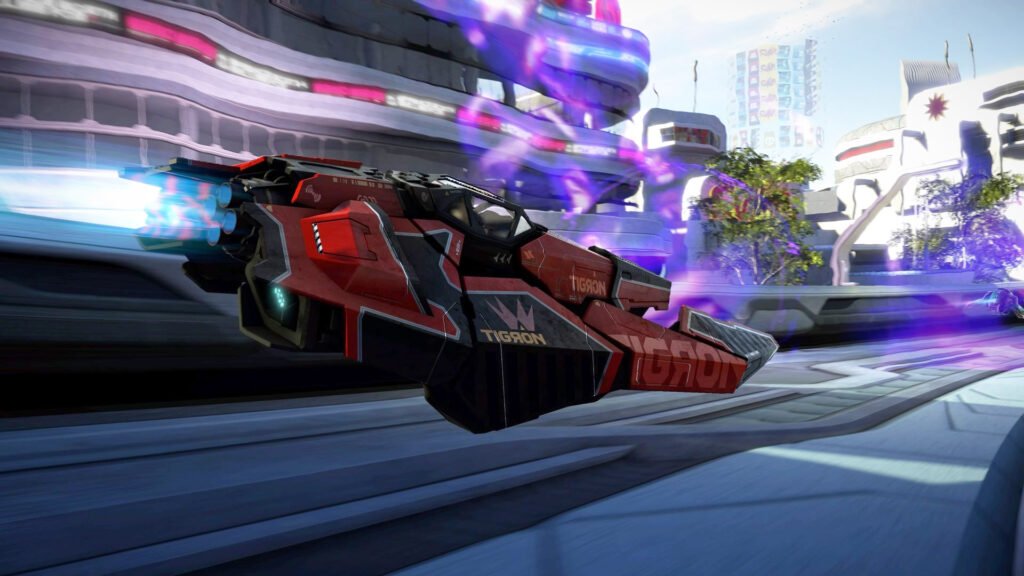 We’re going off the rails (or road, as it were) with WipEout Omega Collection. As we said, racing comes in many forms, including jet-powered hovercrafts. This is another remastered collection that never got a proper PS4 title. Nevertheless takes full advantage of the new hardware.

In addition, all three games, WipEout HD, WipEout HD Fury, and WipEout 2048, look the best they ever have, and of course, 60 fps. You pick your ship based on different stats related to handling, thrust, speeds, shields, and firepower from 46 unique and visually extraordinary ships. The collection gives you nine game modes to pick from, including tournaments, time trials, elimination, and career modes, across 26 futuristic tracks that don’t need to restrain themselves to realism like other racing games.

A hovercraft racing game might seem out of the ordinary, but it’s well worth it. After all, the feels are even better. 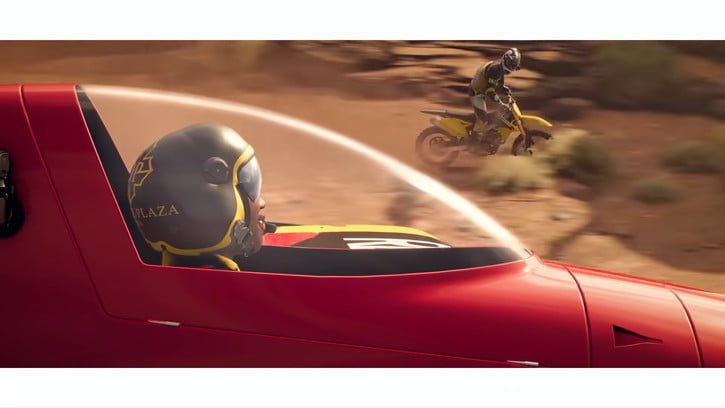 When we say racing, it doesn’t necessarily mean roads. Crew 2 features cars, bikes, boats, and even air crafts. It is an open world in the US.

On the map, you’ll find objectives, races, challenges, and other content. In addition, it is the most sociable on this list, bringing you different players worldwide. Naturally, you can still jump into traditional racing events with up to seven others, including ranked races, demolition derby, and co-op challenges. However, you need to be online while playing The Crew 2, so if you want to race on all terrains, bear that in mind. 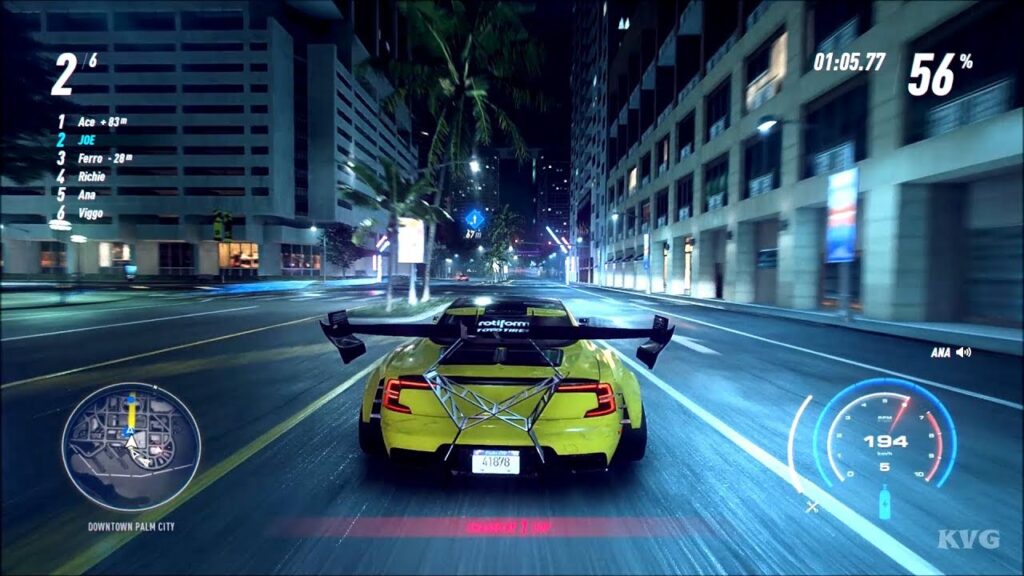 NFS is probably the most popular car racing game. The latest in the series, Need for Speed Heat, aims to be everything fans of the series love.

In NFSH, you compete in races on and off-road, and drift competitions will earn you Bank. In addition, there are underground racing scenes and a street race called Speedhunter Showdown. The former is illegal, so the cops would be on your tail as an additional opposition.

The contrast between day and night races reduces the sense of comfort behind the wheel. Always feeling like you’re almost out of control, which is exactly what you want from a game called Need for Speed Heat. 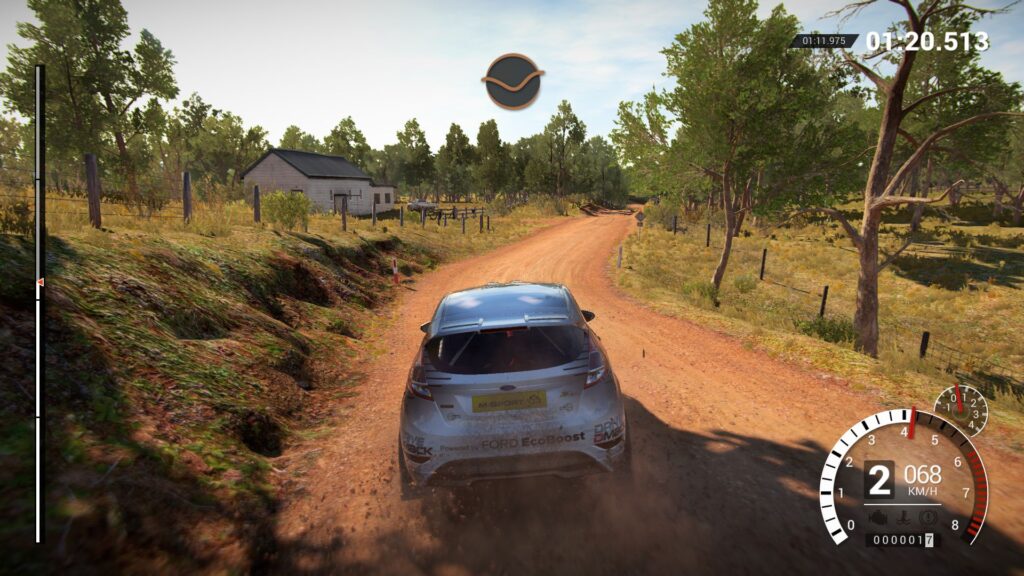 When it comes to racing games, each has its definition for how you play. Dirt 4 wants you to have fun and offers an excellent package that’s enjoyable. Whether you’re a veteran racer or you’ve never drifted through a corner in your life. To start, you’ve got access to two difficulties. These make it easy to decide whether you want a more realistic experience or something close to an arcade racer.

In addition, Dirt 4 brings you all the glory of the messy joy that is rally racing. That means spinning into a corner, breaking by running into other cars or walls, and getting filthy. When racing on different surfaces, you can feel the difference, which means speeding across asphalt doesn’t act the same as when you try to take a tight turn on a packed dirt road. The details shine through in every frame as you race from dynamic weather patterns to the world you are speeding past when you take each hairpin turn.

Furthermore, the feature that joins Dirt 4 is the ability to build your stage. Using two sliders, you can create a level of your own and then share it with friends and random online racers to see who can win it. It works well with the procedurally generated racing stages and a robust career mode. That career mode has gotten significant updates, including team facilities, upgrades, and a good deal of micromanagement that puts you in control of your racing destiny.

Lastly, Dirt 4 brings an excellent rally racer to the fore as the absolute best racing gaming on PlayStation 4. It has superior graphics, isn’t too easy or too difficult, and with some updates since the last entry in the franchise that raise it from being a merely decent game to something stellar. 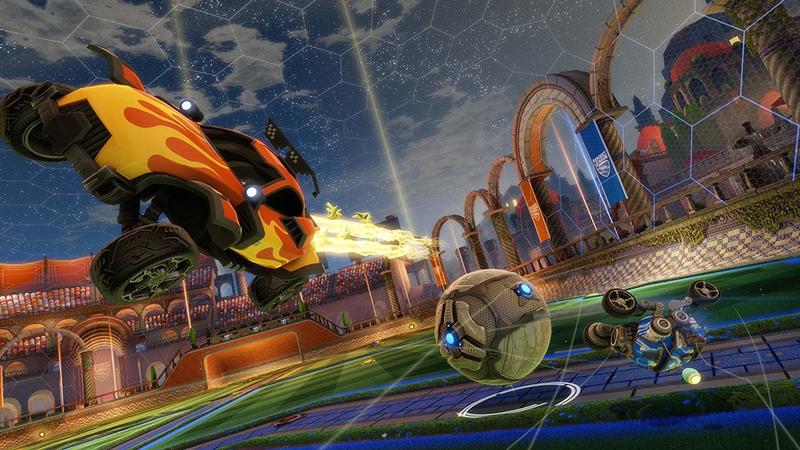 Rocket League combines the world of sports with a high-octane racing game to execute an experience unlike any other game available on PlayStation 4. Instead of racing around a track, your goal is to use different vehicles to ram into a giant ball and score goals.

It features exhibition matches, a full career mode, and local and online multiplayer modes. With exclusive gameplay, it’s fun to hang out on the couch and play with friends. The game has you racing at a ridiculous speed and using fun tricks to score goals whenever possible. The game seems chaotic, but it also requires a higher-level strategy as you get the hang of things.