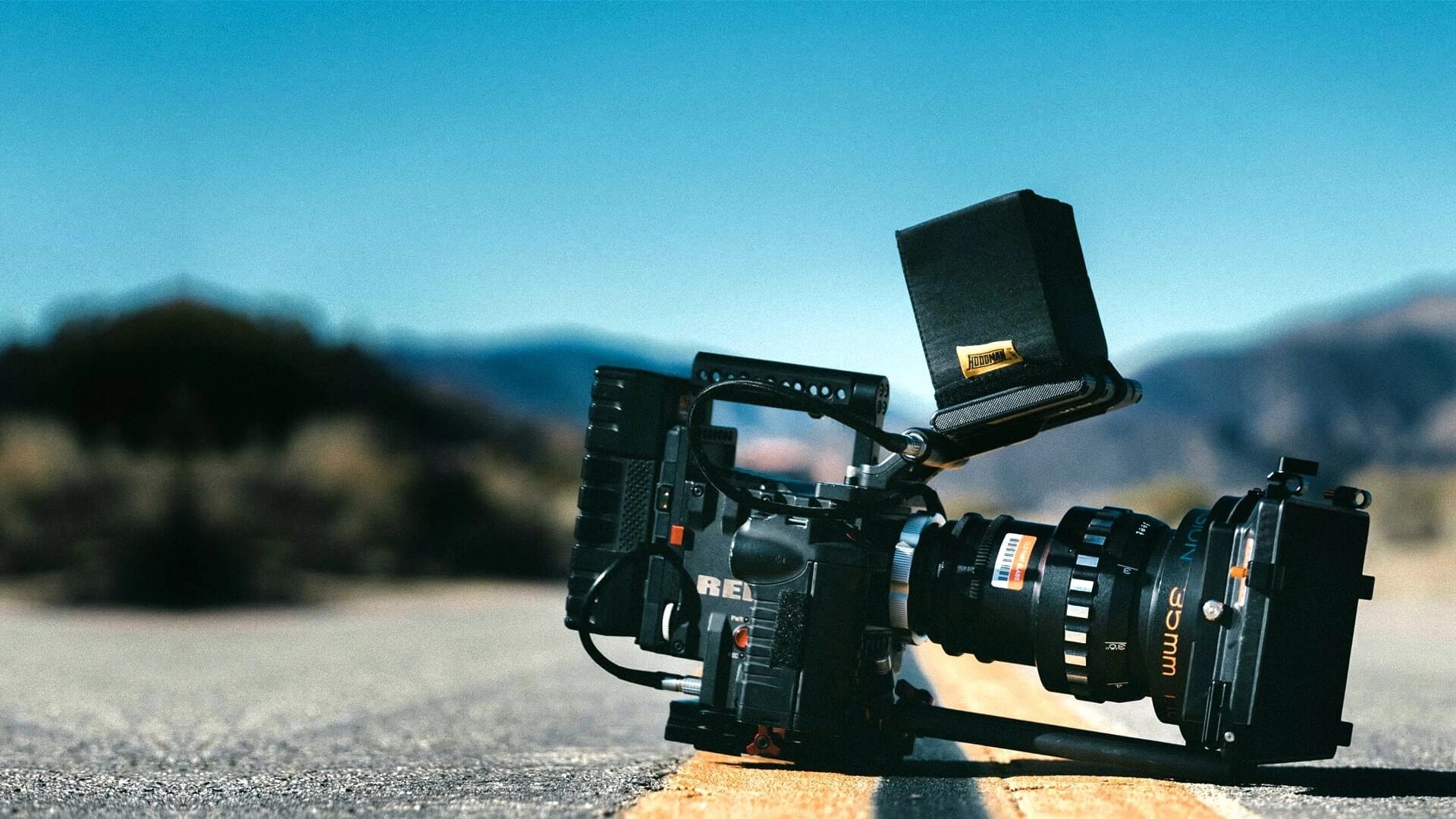 Want to know what the best 4K camera 2022 is? Whether it’s movies you want to make or high-resolution video content you’re keen to create, the ideal 4K camera for you is sure to be found in our list. This article highlights the 6 most awesome 4k cameras you can buy in 2022.

Choosing the best 4K camera isn’t always an easy task. You need to be aware of a number of factors. Although this is a roundup of 4K cameras, 4K itself is no longer the class-leading spec it once was. We’re now seeing an increasing number of models capable of shooting footage at up to 8K. The average person may not need that kind of resolution, but it depends on the kind of work you’re doing. Most enthusiast videographers will likely find aspects other than resolution to be more important.

In this guide, we concentrate on regular interchangeable lens cameras with strong 4K video capture. These are ideal for photographers moving into video, or for filmmakers who don’t want or need dedicated cinema cameras, and all the expense and technical complexity that goes into them.

Here are the 6 Most Awesome 4K Cameras 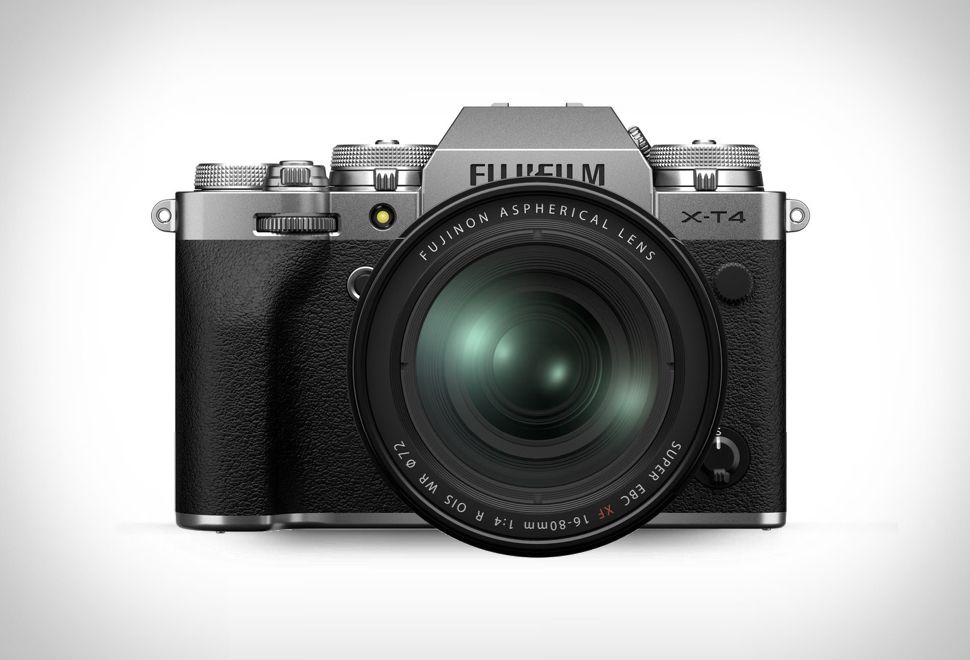 The world’s attention seems focused on full-frame cameras right now, but the X-T4 is a much cheaper proposition while also boasting very advanced 4K video capabilities. These include the capacity to shoot 4K video at up to 60p, for a smooth 2x slow motion effect. Not only that, it can also capture the slightly wider Cinema 4K format at the same speeds.

Most 4K cameras capture 8-bit video internally to memory cards, but the X-T4 can capture higher-quality 10-bit video internally and, if you connect an external recorder, it can save videos at a higher 4:2:2 color sampling quality. The big step forward with the X-T4, however, is the new in-body stabilization, which can reduce or eliminate the need for a gimbal, especially when used alongside the digital image stabilization system. For all-round size, performance, power and price, the X-T4 is hard to beat. 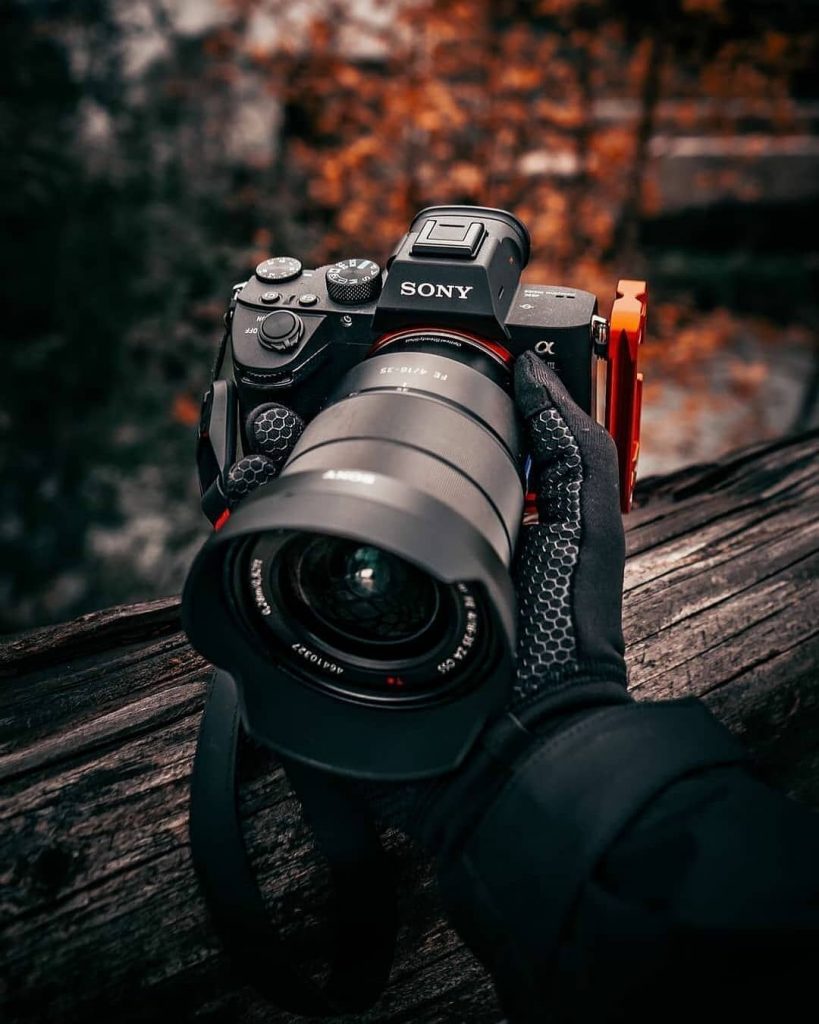 The Sony A7S III is almost definitely the best hybrid camera you can currently buy. It keeps resolution low and caps the output at 4K (as opposed to the 6K/8K capabilities of some other models), with the ambition to be the best 4K camera you can buy.

As well as stunning output, up to 120fps shooting for super-smooth recording, there’s a host of other highlights on offer here too. There’s the ability to capture 16-bit raw over HDMI (plus a full-sized HDMI port), a stunningly high-resolution viewfinder, and a fully-articulating screen with an improved touch interface.

Videographers will also enjoy other ports such as a headphone and microphone socket, compatibility with the XLR-K3M hot-shoe accessory from Sony, for up to four audio inputs. This is a pricey camera, make no mistake, but if you want something that does the job extremely well – we don’t think you can get better than this. 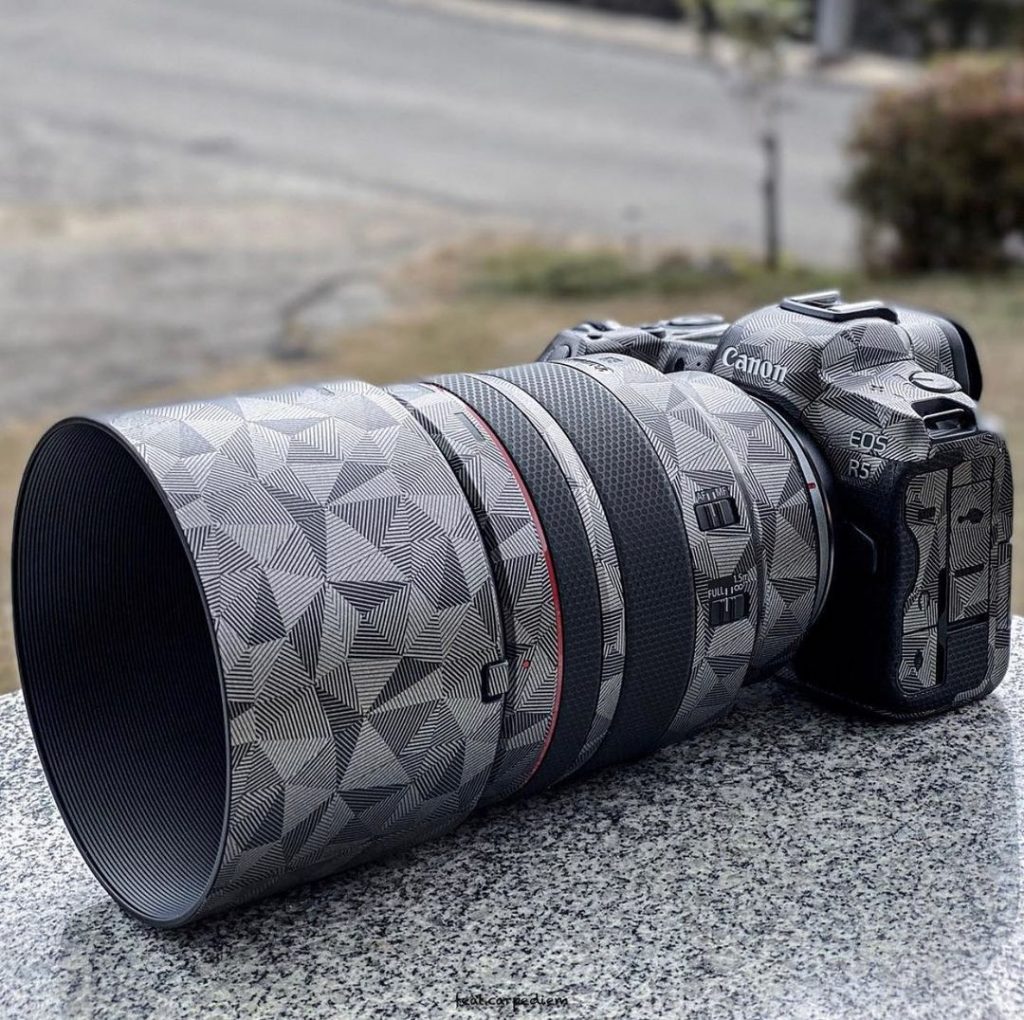 As a stills camera, the Canon EOS R5 is simply Canon’s finest product ever. It’s the perfect amalgamation of the EOS R’s form, the EOS 5D’s function, and the professional-grade autofocus of the EOS-1D X. If you’re a still or hybrid shooter who flits between photography and videography, it’s one of the best cameras you will ever have the pleasure of using. It has attracted some attention for the wrong reasons, notably overheating (or the threat of it) when recording 8K video, but this shouldn’t detract from this camera’s extraordinary capabilities. It’s not perfect at everything, but given its resolution, its frame rate and its video capabilities combined, this is genuinely a landmark camera. It’s expensive, and it feels like there’s still a bit of development work to be done on the video side, but as a crossover pro stills/video camera, it’s a dramatic step forward. The only reason this camera isn’t number one on our list is its price. This is an expensive professional purchase, especially when you factor in the cost of the best Canon RF lenses. 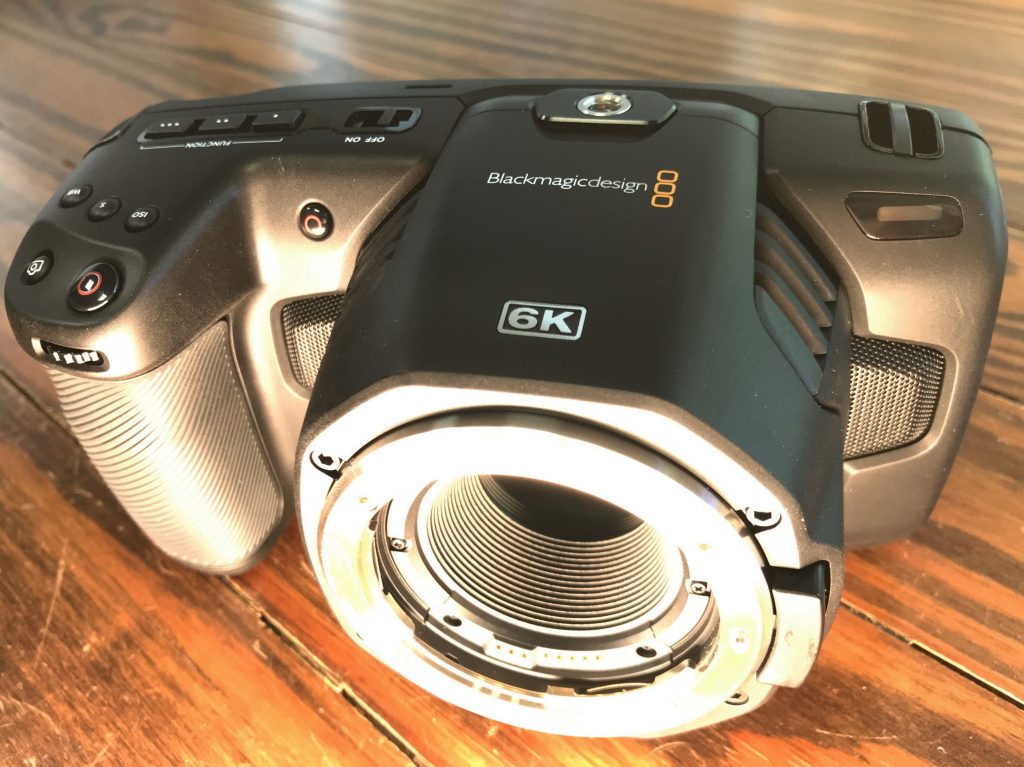 A substantial upgrade over the Pocket Cinema Camera 6K, the 6K Pro is a fantastic, relatively affordable tool for the professional videographer. With improved battery life, a brighter screen that’s now tilt-adjustable, plus the option of adding an OLED electronic viewfinder, the 6K Pro is a compact yet adaptable maestro.

Its 6K sensor is the same as before, which means you still get exceptional 6K footage at up to 50fps. The Super 35 format is smaller than a full frame but large enough to handle low-light situations with ease, while built-in ND filters mean you can happily film in bright sunlight with wide open apertures. Plus the sheer breadth of formats, profiles and resolutions available make the 6K Pro a properly flexible camera for editors.

That said, it’s clearly not a camera for casual users: its controls might be simple, but there’s no image stabilization, no tracking autofocus, and stills performance remains rudimentary. But as a first professional video camera, the 6K Pro is a fantastic package for the price, with superb image quality and relative accessibility making it one of the most rounded enthusiast options.

Don’t miss: How To Format An SD Card For Your Camera 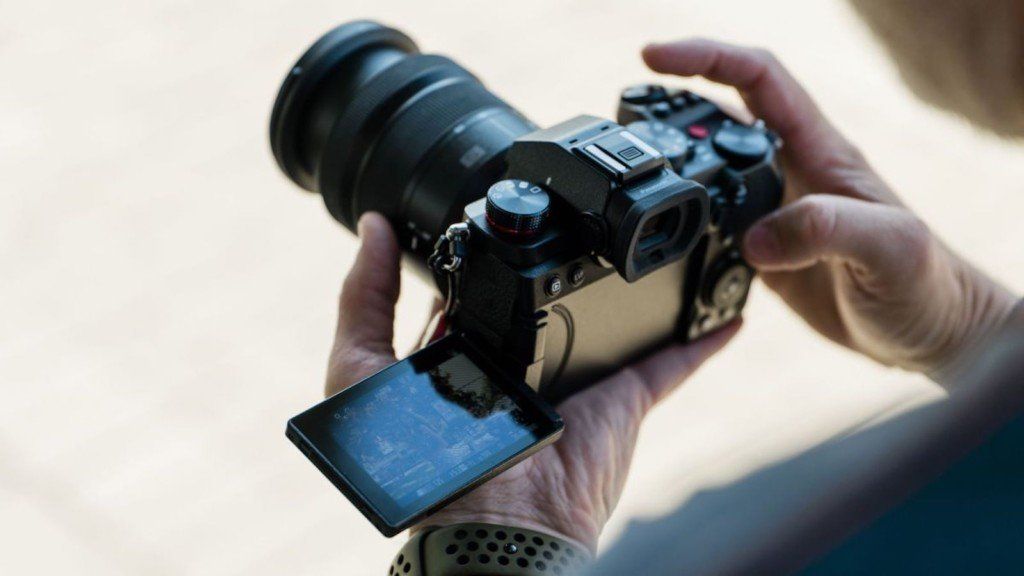 Despite its compact size, the Lumix S5 shares the impressive 24MP CMOS sensor housed in the Lumix S1, but with improved autofocus. It also has a tough weather-resistant body and delivers up to 6.5-stops of image stabilization with compatible lenses. Its standout features include class-leading dynamic range and 4K video recording, as well as 96MP high-resolution RAW+JPEG capture. It’s tough to beat in this category, and if you had your eye on the Lumix S1H (or the Lumix S1), you should take a look at this first.

Panasonic has made a brilliant content creator’s camera at an affordable price and in a portable package. The company’s autofocus tech isn’t quite on the same level as other brands, particularly Sony and Canon, but that’s not the only factor in choosing a camera for 4K video. 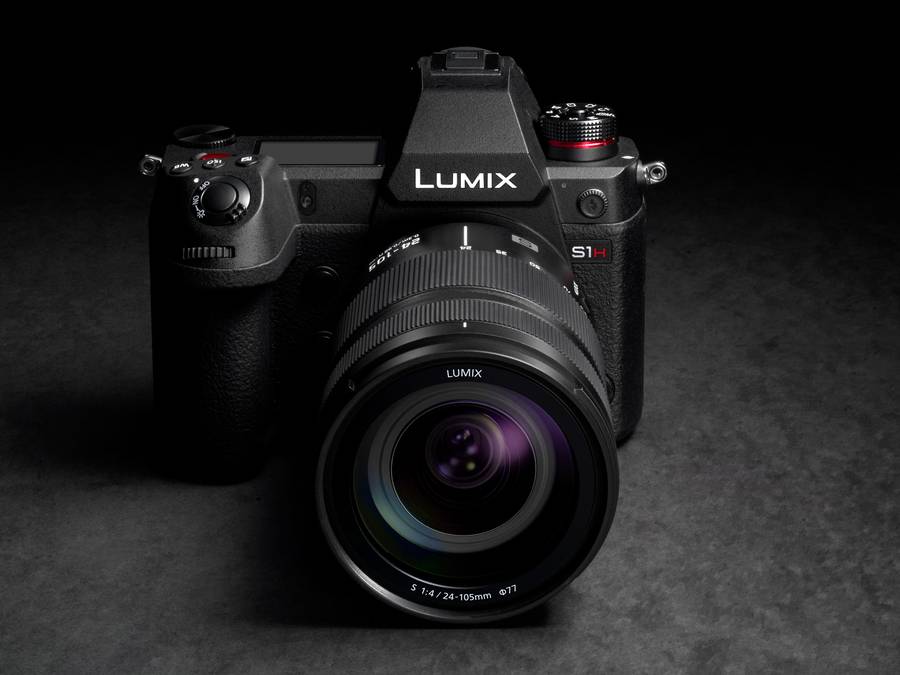 Panasonic’s Lumix S1H is the smallest, cheapest camera to make the list of cameras approved by Netflix for use in original productions – which is a measure of just how fantastic its motion picture skills are.

Video quality is practically perfect in all conditions, with excellent noise performance thanks to Dual Native ISO. There’s a staggering range of resolutions and frame rates to play with – from 6K/24p to 4K/60p – and every resolution is available with 10-bit color, which offers plenty of editing flexibility.

There’s also the option to use anamorphic lenses, while recording modes include Cinelike Gamma, V-Log/V-Gamut and HDR in HLG, with color profiles adjustable in-camera. Despite the variety available – as well as the range of monitoring and display options – the S1H is remarkably accessible thanks to a redesigned interface, aided by a flip-out rear display.

It is big and heavy for a full-frame mirrorless camera, but that’s partly to account for the silent fan and cooling vent, which eliminate recording time limitations: you can film flawless footage until the battery or storage runs out.